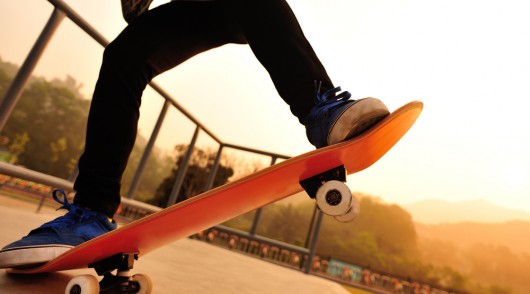 Yet when you talk to other people (aside from your teachers and fellow students), you realize you sound strange and stiff.

You may be wondering: will I ever sound more like a native Japanese speaker?

There is a simple solution to this dilemma: learn Japanese slang.

The problem with formal learning is that you never really get a chance to learn modern slang, and that’s key to speaking the language that most people (maybe until the age of 30) use day to day.

This issue goes beyond textbook and classroom woes. Sometimes, when you are learning a new language, you become so focused on learning that you forget why you’re learning in the first place. Language is and has always been about communication.

Even if you know a lot of vocabulary, the rules of syntax and other technical things, communicating in your new language will be different when you’re put outside the classroom and the rules are broken. In its casual usage, language becomes less structured and you might have a hard time communicating with others. Slang can help you communicate better. Slang may be confusing, or might not make any literal sense, but they are most definitely effective.

Of course, learning slang in isolation won’t get you far. The best way to learn the natural way Japanese people talk is by watching TV shows, talking to Japanese native speakers, or by following informal blogs.

If you’re still in need of some great real-world Japanese videos, hop on over to FluentU. We’ve got a bunch of fun, entertaining videos for you, taken from interview shows, television programs, cartoons and more.

The FluentU app has a broad range of contemporary videos—just take a look at one small sample:

All FluentU resources are accompanied by interactive subtitles. You’ll never miss out on another new slang word while watching Japanese videos. Just hover your cursor over any new vocabulary words in the subtitles that have you puzzled, and the definition will appear on-screen.

All definitions have multiple in-context usage examples, and they’re written for Japanese learners like you. You’ll also find audio pronunciations, synonyms, helpful images and more. Tap again to add words you’d like to review later to your running vocab list.

And that’s not all. FluentU’s learn mode lets you learn Japanese even better by turning your selected videos into personalized language lessons. You’ll go through exercises that show the video clips as the prompts, multimedia flashcards, quizzes and fun activities like “fill in the blank.”

The whole time, FluentU keeps track of the vocabulary and grammar that you’re learning with each video you watch. It’ll then recommend the natural next step in the progression of your learning. You’re delivered a 100% personalized experience.

By immersing yourself in Japanese language with FluentU and other resources, you will start to get a better idea of when to use slang, to whom you should say slang and in what context.

Access FluentU on the website to use it with your computer or tablet or, better yet, start learning Japanese on the go with the FluentU app for iOS or Android devices.

Here, we’ve assembled 11 great slang words that are commonly used in Japan and are guaranteed to make you sound more fluent.

The word ヤバい was used for dangerous situations. When a person was in danger or in a bad situation, he/she would use the word ヤバい. However, young people have started to use the term to mean “uncool” or anything negative for that matter.

Recently though, ヤバい took another turn and it is now used for positive things as well. So in general, ヤバい is an adjective that can be used to mean something good or bad depending on the context. In English, the word “ヤバい” would probably be similar to the word “wicked,” in which “wicked” can be have both positive and negative connotations.

The word 微妙 is currently used to express an unclear statement. It has a negative connotation. In Japan, you want to avoid sounding too harsh. You don’t want to directly say something very negative. That is why you use the term 微妙 to leave some uncertainty. In English, the word 微妙 would be similar to the word “weird,” but with a more negative touch to it.

The next two words 超 and めっちゃ have very similar meanings.  超 and めっちゃ are interchangeable and they both mean “very.” Formally in Japanese, you would use the word とても or in some cases すごい; however, for slang, you can use these two terms. In English, these words are similar to the terms “totally,” “super,” and “so.”

The word マジ comes from the word 真面目 (まじめ), which means serious. In English, you would use this word as “seriously” or “really.” You can use マジ or マジで. Both マジ and マジで are used when it is followed by a couple of more words, and when you JUST want to say “seriously.”

ハンパない is used to describe something as extraordinary, extreme or outrageous. It is mostly used in a positive way. This word is actually very similar to the word ヤバい and can be interchanged.

ノリノリ originally comes from the word 乗る(のる). 乗る means to ride or get on (some sort of vehicle). This verb soon transformed its meaning to joining or going along with someone else’s happy mood, jokes or party mode.

This term is used often in concerts or discos where the DJ player screams “乗ってる？(のってる？)” which means “are you having fun?” The term ノリノリ is the adjective form of のる. If you describe someone as ノリノリ, that would mean that he or she can get hyped up easily and will go along with the excited atmosphere. In English, it would be the opposite of a party pooper, thus the Life of the Party.

*Note: don’t mistake this word with the word seaweed!

オシャンティー comes from the word おしゃれ, which means stylish. It was widely popularized by the famous female idol group AKB48, where they explained in their blogs that they stylized the word おしゃれ and made it オシャンティー. In English, this word is quite similar to the slang word “glam,” which is short of glamorous.

グロい comes from the word grotesque. Just like what the word refers to, it is usually used to describe something related to horror. It can mean something is repulsive, scary or gory.

チャラい is an adjective to describe a person (usually men) as shallow and flirtatious. It usually refers to men who are players and constantly try to pick up girls. The word チャラい is used in different forms. One of the forms is チャラ男 (ちゃらお) which means the same as チャラい, but limited to only boys. The other form  is チャラチャラ(ちゃらちゃら), which comes from the sound that accessories make. Thus, the blings imply that one is shallow and superficial.

重い literally means heavy and can be used in two different ways. The first way is to describe a person in a relationship. It is a negative word and connotes that this person is simply “too much” – whether that means s/he is constantly complaining, demanding, expecting too much or is obsessive. Their actions are overwhelming and ultimately push their partners away. Imagine the person hugging the partner’s leg and becoming a heavy load. The second way to use 重い is when you describe something (a situation, feeling, words) as serious, uncomfortable, or depressing.

テストの事考えたら、気が重くなった。(てすとのことかんがえたら、きがおもくなった。) –  Thinking about test made me feel depressed.

And those are our slang words! There’s a lot more slang that you can use to make yourself fit in more. However, make sure that you use these slang words in the right moment and with the right people. You don’t want to offend anyone! So for people who are older than you, try to stay away from these words. Good luck!

5 Essential Tips to Make the Leap from Beginner to Intermediate Japanese
How to Teach Yourself Japanese: The Beginner’s Guide