Making the perfect study plan is like concocting a fine brew.

It’s a rewarding process with a delightful end product (your academic success), but also an involving one that requires careful consideration of key ingredients.

As a German learner stepping into advanced level territory, you may quite appreciate this analogy. But you may also be wondering how to concoct the right study routine to accommodate the new language challenges you’ll face.

So let’s talk how you can craft the best study routine that suits your taste.

Up to this point, beginner and intermediate learners typically rely on various learning materials to decide what needs to be learned, how it should be learned and in what order.

The advanced stages of the learning process require that students jettison themselves from structured lesson plans and get their hands dirty with the real world language as it’s actually used in various contexts.

This means—at least in terms of input—you need to decide what to listen to and read and when to listen to it and read it. And while doing this might seem scary and challenging at first, it’s both completely necessary and totally rewarding.

After all, why bother learning German in the first place if not to have access to real German conversations, news, television, radio, etc?

As I hinted at above, there isn’t a one-size-fits-all answer to this question.

Depending on what you want to get out of German, the answer will take on different forms.

If you’re a fan of German literature, then advanced German involves a skillset far different from someone who wants to live in Germany and get everyday stuff done (e.g. subscribing to online services, opening a German bank account).

In order to narrow the field of demands and options, it’s important to be able to say what it is you want to do with your soon-to-be advanced German skills.

If you’re still trying to figure that out or haven’t given much thought to the question, there are some loose definitions of advanced German floating around which might be of some help.

The Goethe Institute in Germany, which offers a range of courses and exams for German language certification, mentions the phrase “advanced language skills” as early as the B2 level in the CEFR and provides the following definition of the skills an advanced user of German can demonstrate:

“Passing the [Goethe-Zertifikat B2] exam demonstrates that candidates can understand the main contents of complex texts on concrete and abstract topics, as well as technical discussions in their own respective area of specialisation. They can also communicate so spontaneously and fluently that a normal conversation with native speakers is readily possible without a great deal of effort on either side. Candidates can also express themselves on a wide range of topics in a clear and detailed manner, explain their position on a current issue and state the benefits and drawbacks of various options.”

The Goethe Institute also provides online practice materials for passing the B2 exam, which should give you an idea of what they consider to be “advanced.”

Decide what advanced German means to you

Another way of looking at the question of advanced German is to simply create a mental list of activities you’re currently capable of discussing in high-level English that (while you might not be aware of it) require advanced language skills. We’re talking about normal, everyday activities here: watching prime time television, generally understanding written and televised news, listening in on a conversation a la “he said, she said,” reading wikipedia, reading “Harry Potter and the Prisoner of Azkaban” or buying cheap concert tickets online.

Deciding what’s important to you shouldn’t be too tough.

If you don’t read the news in English very much, there’s probably a slim chance you’re going to spend much time doing that in German. It’s reasonable, then, to say that you probably shouldn’t be spending a lot of your time trying to learn how to read the news in German. Not because you won’t ever need to do it or because it isn’t useful—you will need to and it is important—but because the goal here is to prioritize personally useful or desirable skills. Plus it’s not like the news is some self-contained sphere of language that only uses grammatical structures and vocabulary you won’t ever come across anywhere else. 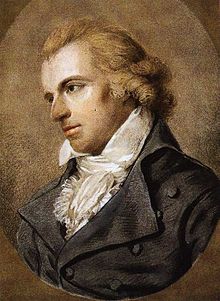 There’s plenty of crossover at the advanced levels and focusing on the intricacies of stylistically different forms of German is probably best done in those areas which are most useful to you.

As an expat living Germany, I know for myself that being able to read my electricity bill is worlds more important than understanding the poetry of Schiller, despite what any teacher might tell me.

If I were to take German classes (which I haven’t) and be expected to read and understand literature, all the while knowing that the stuff I need to get done ain’t written in 19th century German, one could convincingly argue that I’m wasting my time. Of course, if I’m interested in literature and I need to pay my bills, that’s a different story and would require that I find a balance between the two areas of interest.

Get familiar with advanced German

Getting to the advanced level isn’t actually about getting anywhere.

It’s about already being in that space and gradually feeling more comfortable about it over time.

If you move to a new city, you’re not going to rely on a book to tell you how to organize your new life or where the nearest grocery store is before stepping foot in your new home environment. You learn these things by being there and letting the pieces fall into place over time. The person who reads about New York and the person who actually lives there have very different stories to tell about what is and isn’t important about actually living in New York.

So, all moving metaphors aside, the point here is that getting good at advanced German is about spending time doing advanced things. If you’ve devoted some thought to your goals and you know what you’re into, then, by all means, spend time doing those things in German.

You can also explore the content available on FluentU. Its collection of authentic German videos are categorized by level, topic and format, making it easy to find the right material for you.

Besides being the stuff that native speakers would watch, each video includes learner tools such as interactive subtitles, multimedia flashcards and personalized quizzes. You can therefore gain exposure to German words and sentences as they’re used in a variety of contexts.

Outside of FluentU, when you come across words or phrases you don’t know, throw them into Google. You’d be surprised how often Germans don’t understand German and need to ask for help on the Internet. Reading explanations in German is great practice and really helps to clear the fog around unknown words and phrases, which brings me to my next point: monolingual dictionaries.

Get a dictionary that Germans use

German monolingual dictionaries are dictionaries that use German to explain what German words and phrases mean.

When you don’t understand a word in English, you look it up in English. Why? Because it gives you more information. As a native or fluent speaker of English, there’s no better source for understanding an unknown word than a good ol’ English dictionary. Nothing else will do. The same is true of German words and dictionaries.

To help clarify this point, here are the definitions (translations) of the German words “Zahl” and “Anzahl,” as provided by the Reverso online dictionary:

While these words do have very similar meanings in German and are often given as synonyms of each other, there are subtle differences between them which aren’t sufficiently captured in the English equivalent number. Using a monolingual dictionary helps you understand German words the way Germans understand them.

Now take a look at the following definitions for the same two words (there are actually multiple definitions of each), as given by the German-German dictionary over at TheFreeDictionary:

What the above example actually shows is that German-English dictionaries lend themselves well to translation, but translation sometimes lacks information in practice. It’s simply how the game goes.

Understanding German at the advanced level, on the other hand, can be done completely without reference to English. After all, German words aren’t German versions of English words. They exist in a different system and have different relationships to each other. Even English words which are borrowed by German aren’t always used in the same way as their English counterparts. So, while knowing that Hund “means” dog is more than sufficient at the beginner and intermediate levels, getting down to the nitty gritty with monolingual dictionaries (also check out Duden and German Wiktionary) is a highly recommended practice for anyone looking to move into advanced territory.

Keep yourself motivated at all costs

One of the biggest hurdles at the advanced stages of learning is staying motivated. The main problem facing students is the seemingly disproportionate ratio of time spent doing stuff in German to recognizable improvement. You simply just can’t tell a lot of the time if you’re getting better. And this spells the end of a lot of efforts to actually keep trying.

The road to advanced German is long, but it doesn’t have to be boring.

It’s an unavoidable fact that getting comfortable with advanced German takes a lot of time and effort. You need to be persistent and patient, even if you lose sight of why you’re learning German from time to time. And unless you’re being forced to learn German (e.g. for a job), motivation has to come from within, every day.

This is why it’s important to focus heavily on doing things that are fun for you. There’s plenty of advanced German vocabulary and grammatical structures to be acquired by watching German dubbed versions of “The Sopranos” or playing German localized versions of video games (I recommend role playing games with lots of dialogue). It works because it doesn’t feel like work. And since it doesn’t feel like work, you’re more likely to stick with it and actually get something out of it.

Of course there are going to be things that need to be learned for unfun reasons (reading electricity bills) and using unfun methods (reading electricity bills). Luckily, in my experience, this doesn’t need to represent a significant portion of the actual learning process in order to make progress at the advanced levels. Those needs will be addressed when they arise.

Until then you can sit back, relax and binge watch “Futurama” in German with a monolingual dictionary at hand.