Ever wanted a glimpse of the past? Watching old movies should satisfy your fix.

Black and white or fully in color, these films show us what came before.

Because without the past, there wouldn’t be a future—or a present.

Henceforth, your days of speaking only about the present are over. Get ready to get a little nostalgic—we’re looking back to the past.

Why Learn the German Past Tense?

There are plenty of good reasons to learn how to conjugate verbs in the past tense. Learning the past tense is part of adding to your overall German fluency. The more verb tenses you know, the more things you can express in German. When you interact with other German speakers on a daily basis, the ability to manipulate verbs is crucial to successful communication.

More specifically, knowing how to conjugate verbs in the German past tense will allow you to tell (and listen to) stories about what has already happened. If you think about it, lots of simple German conversations involve the past tense—such as telling your roommate how your day was, asking a new friend about her childhood or fielding questions about past experience in a job interview. You’ll have better, deeper conversations with German speakers if you aren’t limited to the present tense.

So what are these two types of German past tenses? Let’s take a deeper look.

The Nostalgic’s Guide to the German Past Tense

Forms of the German Past Tense

We mentioned the simple past and conversational past tenses in the very beginning of this article. First up is the simple past. You might have also heard this tense called the Imperfekt (imperfect) or Präteritum (preterite).

The second tense, referred to here as the conversational past, is also known as the present perfect or Perfekt tense.

We’ll continue to refer to these tenses as the simple past and conversational past, but feel free to memorize them using whatever names work best for you.

Conjugating in the Simple Past

In German, the simple past is used mostly for writing and storytelling. You’ll find most books written in this tense. This can be confusing if you’re still new to German because you may not recognize many of the verb conjugations at first. But now that you know what to look for, you’ll find that books can be a great resource for practicing the simple past.

The first thing you’ll have to do when conjugating a weak verb is identify its stem.

Let’s take a look at the weak verb lernen (to learn).

First, locate your stem, which in this case is lern-.

Then you’ll take that stem and add on a new verb ending based on who’s doing the learning. (I learn, you learn, we learn…)

The conjugation rules for weak verbs like lernen are as follows:

These simple steps and verb endings apply to any regular verb. For example, let’s look at another weak verb, sagen, which means “to say.”

First, look at this sentence in the present tense:

Er sagt, dass er ein Arzt ist. (He says that he is a doctor.)

Since we know sagen is a weak verb, let’s take the stem sag first. Navigate to the correct ending for er/sie/es above and you’ve got –te. Put those two together and you’ve got sagte.

Er sagte, dass er ein Arzt ist. (He said that he is a doctor.)

Strong verbs, on the other hand, undergo a stem change when conjugating. If we look closer at the strong verb werden (to become), we can see that unfortunately, strong verbs are ones you’ll just have to memorize:

Another good example of a strong verb is bleiben (to stay). Bleiben’s stem is blieb. Unlike werden, bleiben takes a different approach to simple past endings. Bleiben is conjugated as:

As you can see, the “e” is missing from many of the endings. This characteristic is what makes bleiben a strong verb. Let’s consider an example sentence with another strong verb, such as lesen (to read). This verb uses las as its stem.

Welches Buch liest du? (Which book are you reading?)

Even though our guide above suggests we’d use –test as the du ending, lesen loses the first “t” in the ending. Therefore we’ve got las + -est, which gives us lasest.

Welches Buch lasest du? (Which book did you read?)

As you can see, most of the time you’ll need to memorize just the endings for weak verbs but entire new verb forms when it comes to strong verbs. If you’re looking for a place to practice all this knowledge, keep reading. After we tackle the conversational past, we’ll give you plenty of resources.

Conjugating in the Conversational Past

We’re going to start with the helping verb first. In German there are two to choose from: haben (“to have”) or sein (“to be”). You should have the present-tense conjugations for these two verbs down pat, since you’ll see them quite often. Here’s a quick refresher:

You’ll want to memorize which helping verbs go with which past participles. An easy trick to differentiating between haben and sein lies in the meaning of the main verb. If the main verb describes movement, use sein. If not, use haben.

Forming the Past Participle

Once you’ve identified and conjugated your helping verb, you’ll need to add a past participle. Weak verbs will use the following formula for the past participle:

Let’s get into some examples for context:

Ich lebe für die Schokolade. (I live for the chocolate.)

Since leben, or “to live,” is a weak verb, we can go by the formulation above. Taking leb from the infinitive, we’ve got ge + leb + t, which results in gelebt. Now that we’ve got the past participle, let’s consider the helping verb. Since leben doesn’t show movement, we’ll use haben. Conjugate haben for ich (I) and you end up with:

Strong verbs, on the other hand, will often discard the “ge,” the “t” or both to form a unique past participle all their own. Let’s use fliegen, a strong verb which means “to fly.”

Wohin fliegen sie nächste Woche? (Where are they flying to next week?)

The good news is that fliegen keeps the ge prefix. The bad news is that it decides what it wants after that. The past participle of fliegen is geflogen, and since we have to move in order to fly, sein is our helping verb. Do a simple conjugation of sein for sie (they) and you’ve got:

Wohin sind sie letzte Woche geflogen? (Where did they fly to last week?)

As you can see, strong verbs take their own forms when it comes to past participles.

A Note on Modal Verbs in the Conversational Past Tense

Speaking of their own forms, modal verbs (such as can, might and should) are particularly tricky when it comes to the conversational past tense. They use what’s called a double infinitive structure.

Where to Practice the German Past Tense

Beyond creating your own sentences and conjugating verbs in the past tense yourself, there are a few resources you can tap into for practice of the German past tense. Here are some of the most enjoyable and useful ones:

If you’re looking to practice your conjugation skills in the simple past, look no further than German.net’s fill-in-the-blank exercises. Try to write an answer for every verb—even the ones you have to guess on—before checking your answers.

If you’re looking to practice the conversational past, you’re in luck. German.net has several different exercises to help you here. You can check out their general fill-in-the-blank quiz on the present perfect. Or, if you feel pretty confident on helping verbs but just want to practice the past participle, German.net has an exercise for that, too.

To learn how to move between tenses, check out German Island’s time-traveling quiz. Here, you’ll be presented with a sentence in the present tense. Your job is to change it into the appropriate form of the past tense. You can easily check your answers as well.

As you take the quiz, make a list of any verbs that gave you trouble. Then, you can reinforce these verbs later by conjugating them and writing example sentences on your own. 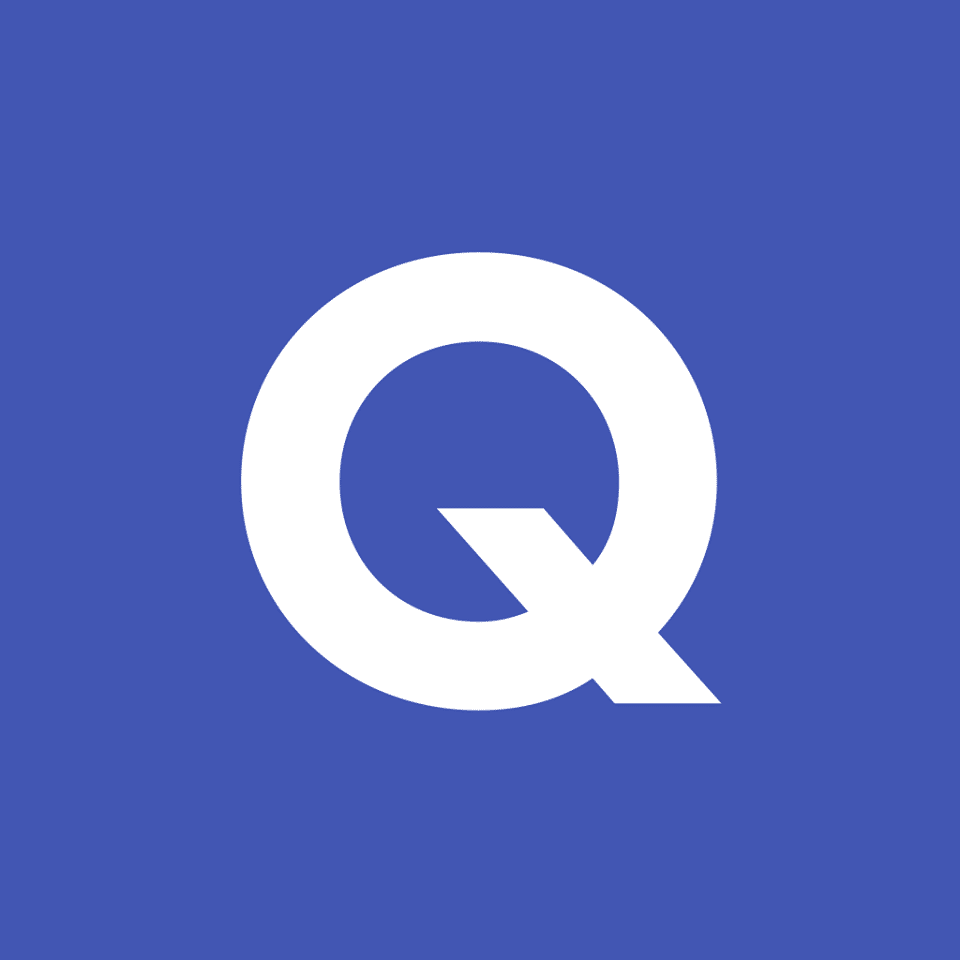 Quizlet offers many exercise sets on both the simple and conversational past tenses. Check out this one to start, or use the search bar to find one that suits your needs. The “learn” mode can be a great way to gain confidence and reinforce your conjugation skills.

For fans of flashcards, check out one of Quizlet’s many virtual flashcard decks. They can be incredibly helpful for memorizing simple past endings and past participles, especially for irregular verbs. 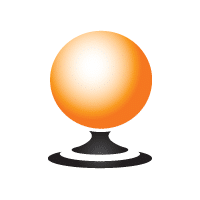 Sporcle’s timed quizzes help you practice your conjugations under time pressure, which can be a great way to prepare for real-world settings. For example, check out this timed past participle quiz. How many past participles can you identify in 10 minutes? Try to do it from memory before searching on Google.

You can browse Sporcle’s French subcategory for tons of quizzes about French culture and language.

German grammar can be a pain. But with a little ingenuity and some good old-fashioned fun, a simple thing like talking about the past can be more enjoyable than you think.

Let your worries about the German past tense be just that—a thing of the past. Move forward with your German fluency and you’ll be one step closer to talking—and conjugating—like a pro.