At One with Nature: The Top 160+ Nature Words in English

Have you ever dreamed about having a big garden filled with fruits, vegetables and flowers?

To grow your own garden, you’ll need to plant some seeds, regularly add water and take care of the little sprouts (baby plants) as they grow into edible (something you can eat) and ornamental (something beautiful) adult plants.

Planting and taking care of a garden is a lot like growing your vocabulary!

First, you need to find new words from vocabulary lists; this is the “planting seeds” step.

Next, you’ll need to learn the meanings of the words on your list; this is the “watering” step.

And then, you’ll also need to have fun vocabulary-building exercises. Think of this as the “sprouting” step where your vocabulary is starting to really grow.

Over time, your English vocabulary is sure to flourish if you take care of it!

The seeds we’re going to plant today are related to nature words in English.

Many of the nature words in this list are better suited for intermediate to advanced English learners, but there are plenty of words that beginner English learners can learn and benefit from, too!

Since there are over 160 words on this list, regardless of your language level, you’ll definitely pick up some beautiful nature vocabulary!

The Best Way to Practice Nature Words in English

Long-term memory is where knowledge and vocabulary words stay for long periods. That means that once a word is in your long-term memory, you should be able to use that word a week from now, a month from now or even a year from now.

While memorizing lists of words may be a quick way to learn nature vocabulary, simple memorization doesn’t often lead to long-term memory.

To move words from your short-term memory to your long-term memory, you should make words meaningful to you.

When learning a new word, try using it in a full sentence and write that sentence down in a notebook.

In many cases, you can use several words that are related to each other to help you remember their meaning.

The bark on the branch of the pine tree is rough.

To take your practice a step further, try going for a walk in nature. As you’re walking, create sentences and descriptions of what you’re seeing.

There are bushes and a cave by the waterfall.

Better yet, write these sentences down or bring a voice recorder with you! This is a great way to use nature words and record the descriptions you’re creating to review again later.

The Top 160+ Nature Words in English

Now that you’re ready to plant and grow your English vocabulary garden, let’s look at the top 160+ nature words in English.

Aside from the actual names of plants and landscapes, it’s important to be able to describe these nouns (people, places or things) accurately.

Describing nature not only deepens your understanding and memory of these nature words, but it also allows you to paint a picture for a listener if you’ve forgotten a specific nature word.

For example, if you forget the word flower in English, you might use its description to help someone understand you.

They’re beautiful when they bloom, and they grow in the garden during summertime.

Obviously, you could use color to describe nature words, but since you probably already know the English words for colors, we’ll use your time here more wisely. 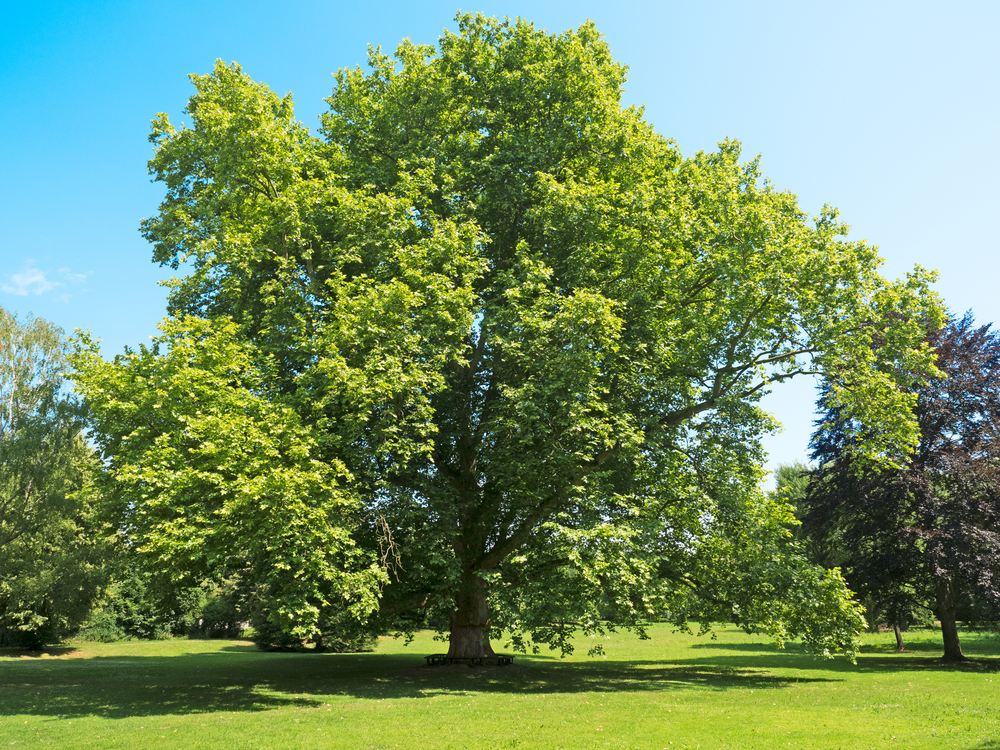 Learn the following 17 adjectives (words that describe nouns) and their meanings so that you can describe flowers, plants and trees with ease.

Lush — plants and flowers that have grown well

Vivid — something that’s bright or colorful

Vibrant — something that’s bright and eye-catching

Earthy — something that contains or looks like soil or dirt

Scarce — used to describe a landscape that has very few plants

Dead — used to describe plants that are no longer living

Budding — used to describe the first stage of flowering 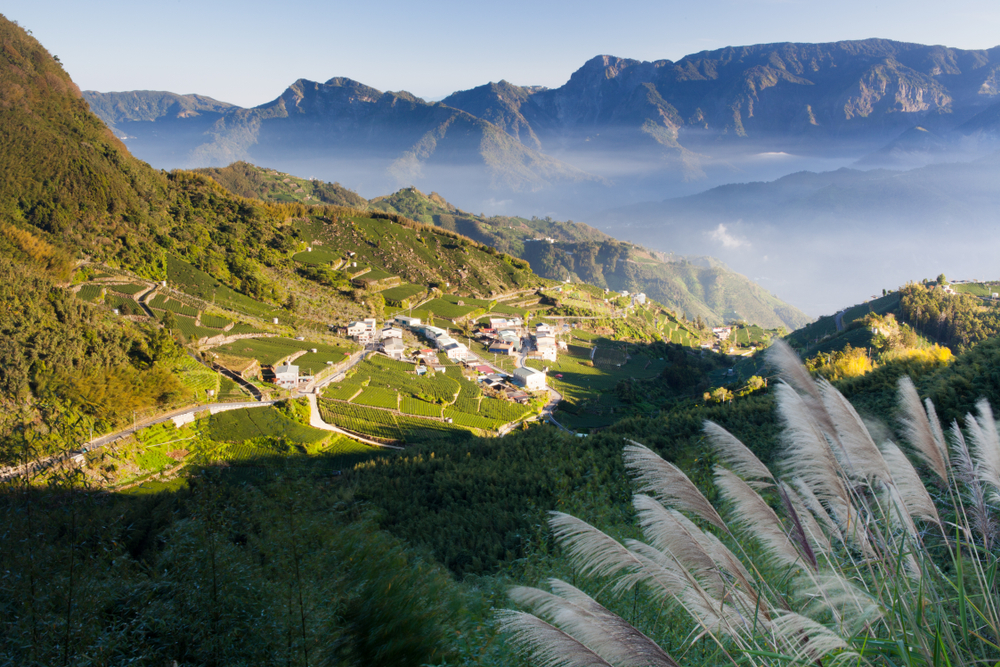 The following 12 adjectives can be used to describe landscapes and geological features (things found in nature that are not plants or animals).

Hilly — a landscape containing a lot of hills

Stormy — descriptive of a lot of rain, lightning, thunder and wind

Misty — a landscape that has a light haze of rain in the air; oceans and waterfalls often produce mist

Desolate — a bare landscape where few plants are growing

Untouched — a landscape that has not been changed by human beings

Pristine — a lush landscape that appears untouched or “picture-perfect”

Tropical — a landscape that’s warm with jungle plants and palm trees; common on islands near the equator 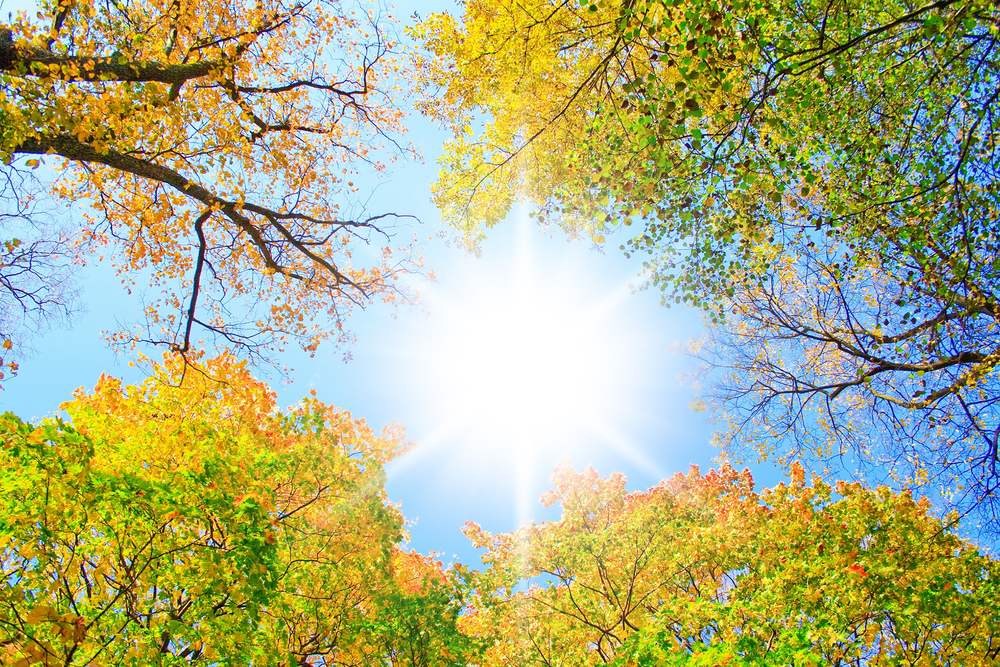 The following 18 adjectives can be used to describe weather conditions in English.

Sunny — a lot of sunshine

Humid — a lot of moisture in the air

Stifling — so hot that one is uncomfortable

Dry — little to no rain

Clear — no clouds or rain

Windy — a lot of wind

Breezy — a similar meaning to windy, but a breeze is less strong than wind

Wet — the landscape after a lot of rain

Mild — pleasant or not too warm

Overcast — a lot of clouds in the sky, but little to no rain

Talking About Types of Plants and Plant Parts

Now that we’ve learned how to describe nature, let’s learn about the things we can find in nature and how to talk more about them! 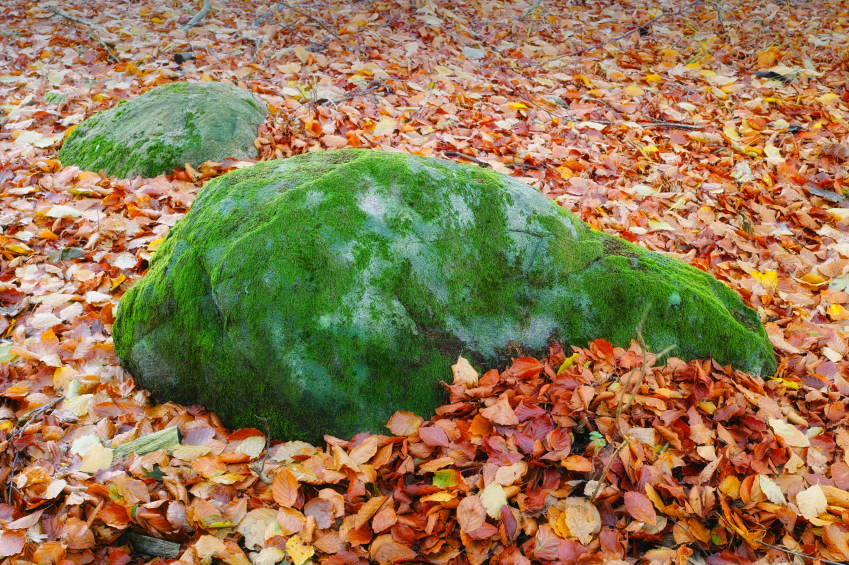 Bush — a plant that grows close to the ground; it expands widely and has leaves

Shrub — another word for bush

Hedge — similar to bush but often trimmed to be rectangle-like; these often surround houses or are used to create a boundary or fence

Grass — a plant that grows widely in fields and meadows; it’s also common on household lawns

Moss — a soft plant that grows on rocks and trees; it looks like a green carpet

Mushroom — a fungus that grows in dark places; some can be eaten and others are poisonous

Herb — a variety of plant that’s used for flavoring food (basil, cilantro, mint, etc.) or as medicine or tea

Poison Ivy — a type of ivy that causes extreme itching and a rash, if touched 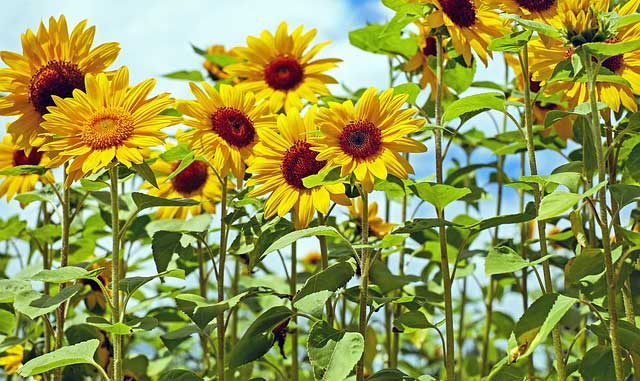 Seed — what plants grow out from

Stalk — another word for a stem

Leaf — the green part of the plant that absorbs sunlight

Petal — the colorful parts of the flower

Bark — the outer skin of a tree 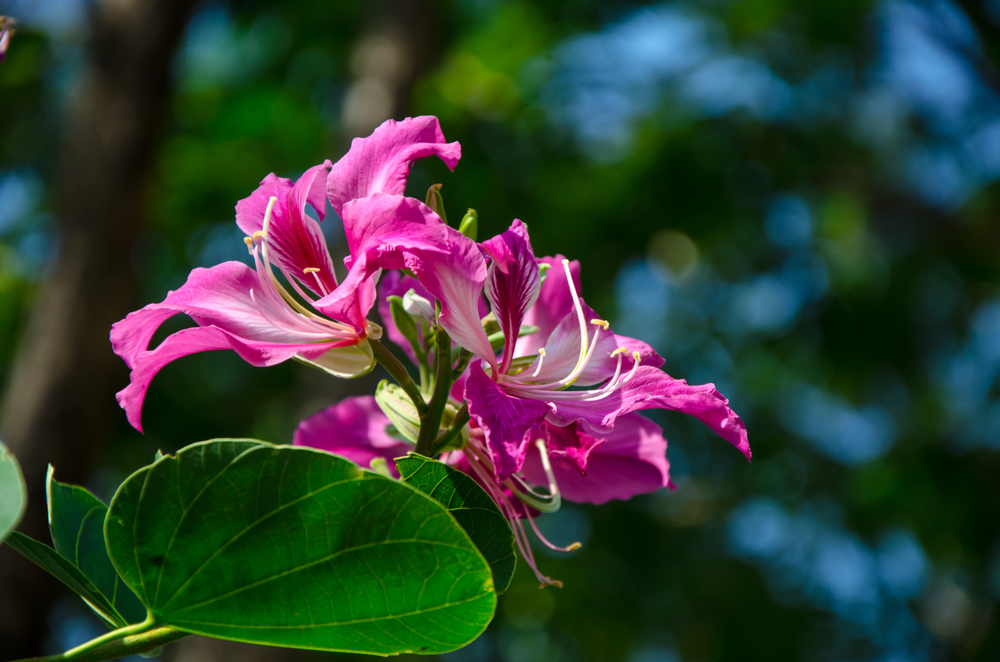 Dandelion — a weed that has yellow flowers

Daisy — a flower that has white petals around a yellow top

Tulip — common in many gardens, and famous in Holland; they can be multiple colors and are associated with Easter

Now that you know all the basics, try practicing your plant vocabulary! 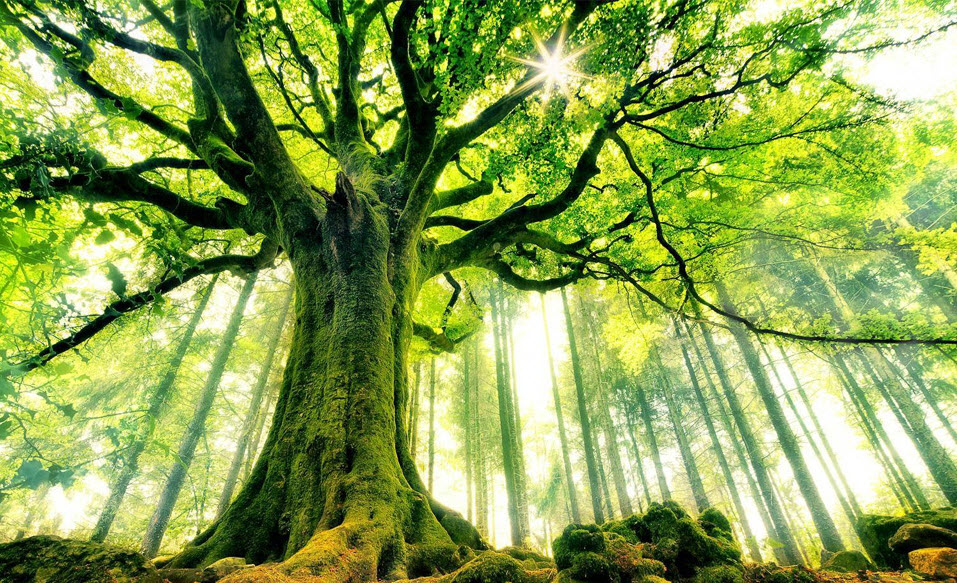 Two common types of trees are deciduous and evergreen.

Deciduous trees shed (get rid of) their leaves during a specific part of the year (typically autumn/fall), and evergreen trees keep their leaves all year.

Not all trees fall into these two categories though, as you’ll see in this short list. There are actually over 60,000 types of trees on our planet!

Cactus — (neither deciduous or evergreen) grows in the desert with thorns or thistles (pointy, sharp spines)

Oak — a deciduous tree with acorns

Pine — an evergreen tree with needle-like leaves and pinecones 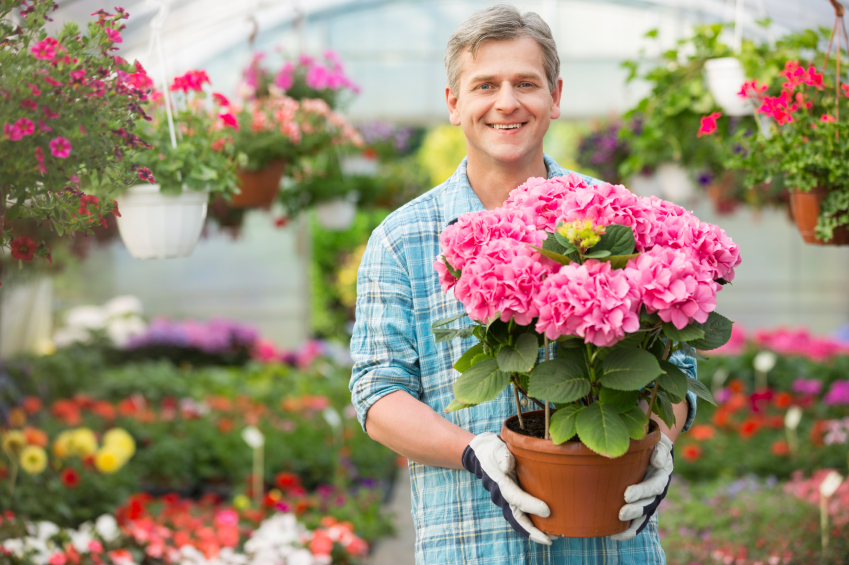 If you want to take care of your plants, you’ll need some gardening tools.

Gardener — someone who maintains a garden

Flower Pot — a container where one or more flowers grow

Weed— a plant in a garden that’s not desired

Shovel — a tool used to dig in the ground

Watering Can — a container specifically used to water plants

Shears — a tool used to cut through or trim plants

Hoe — a single-bladed tool used to dig out weeds

Mow — (action verb) to trim the grass, often with a lawnmower

Lawnmower — the machine used to mow the lawn; it can be gas-powered or hand-pushed 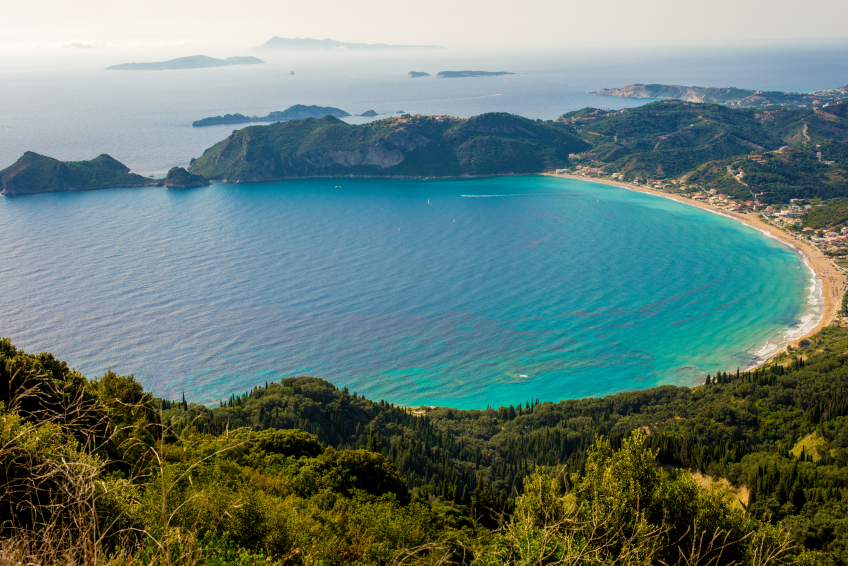 Our planet has so many beautiful landscapes!

Sea — a large body of salt water; there are actually about 50 seas in the world

River — a flowing stream of water

Canyon — an arid and rocky valley surrounded by cliffs

Meadow — a large field with grasses and flowers

Forest — a landscape with dense plants and trees

Mountain — a big elevation in the Earth; mountains are often rocky, snow-covered or volcanic

Hill — a small elevation in the Earth

Plain — a flat expanse of land; plains are often grassy

Marsh — an expanse of land that regularly floods and remains saturated

Island — an expanse of land surrounded by water on all sides

Peninsula — an expanse of land surrounded by water on three sides

Savanna — an arid field in a tropical region; there are a lot in Africa

Valley — an expanse of land between mountains or hills

Desert — a dry landscape often covered in sand or rocks; not many plants grow here

Cliff — a steep mountain-like formation; these are common along coasts

Cave — a tunnel or chamber underground

Beach — a sandy expanse of land near bodies of water 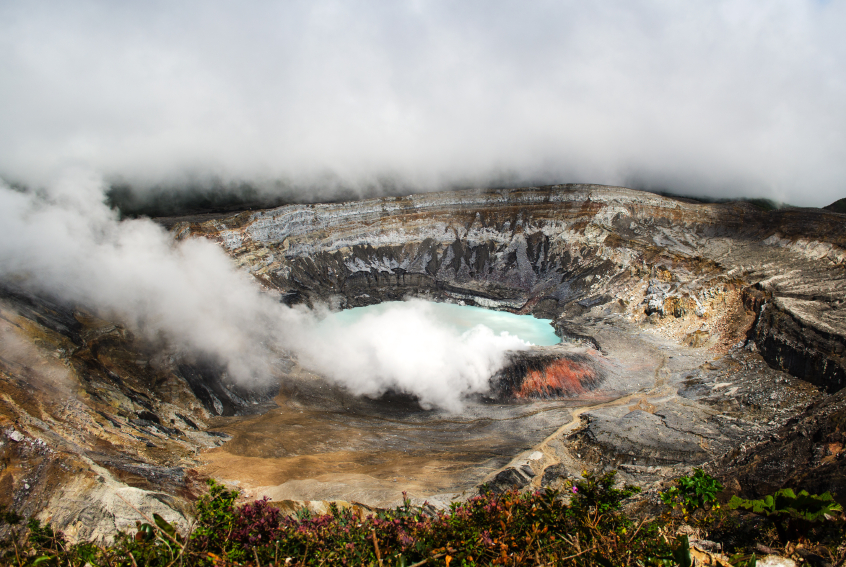 The word geology is a noun that means the study of the Earth and its physical processes.

This list of vocabulary also has words that describe significant events that impact human activity and are caused by the Earth.

Igneous Rock — rock that’s made directly from lava or magma

Crater — a large, circular hole or indentation in the Earth; usually formed by a volcano

Erosion — when water or air breaks away at rock

Geyser — when hot water sprays up from under the Earth

Mineral— a solid material made by the Earth

Earthquake — when seismic plates shift, causing the Earth to shake and split

Volcano — a mountain formed by eruptions and lava

Magma — hot fluid under the Earth

Lava — when magma surfaces from underground

Tsunami — a giant wave often caused by an underwater earthquake

Fossil Fuel — a natural fuel burned by humans to run things like cars, airplanes and electricity 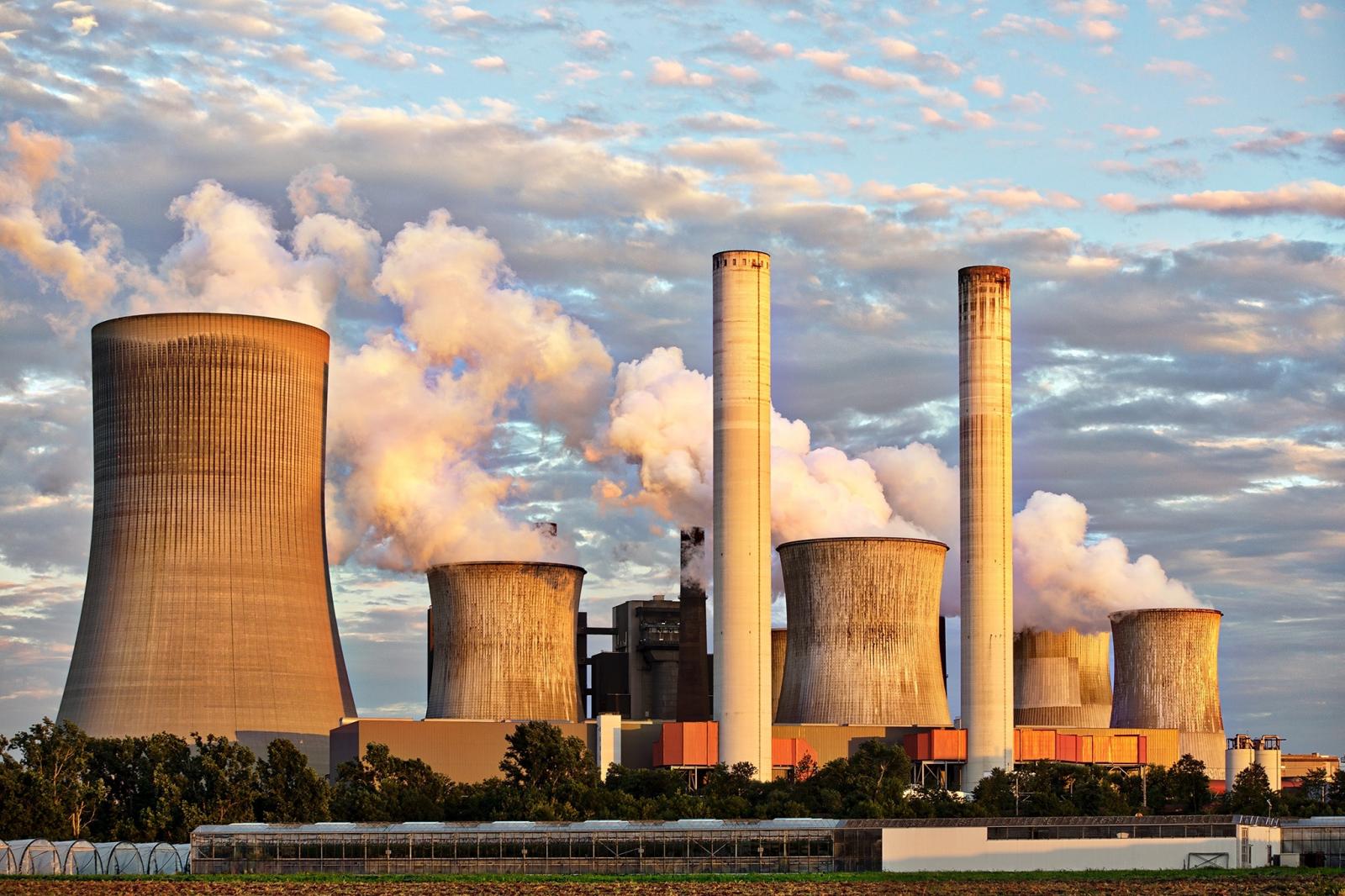 Climate change is a noun that describes global weather patterns and temperatures that have changed due to the impact that human activity.

Atmosphere — layers of gases in the sky that encase the Earth

Carbon Dioxide —what we exhale when we breathe; we also create this by burning fossil fuels

Emissions — these are produced when we burn fossil fuels; they commonly come out of cars, power plants and factories

Habitat — a place where an animal lives

Extinction — when all members of an animal species die

Pollutant —something that pollutes or damages the Earth

Non-renewable Resource — a resource that can only be used once; an example would be natural gas

Renewable Resource — a resource that can be used over and over again; an example would be wind

Wind Energy —a form of energy that uses wind

While some of these words are pretty complicated, practicing climate change vocabulary is important if you want to take about current events that involve the environment.

And if you’re up for a real challenge, try practicing all of the nature words together!

Your English nature word vocabulary is growing into quite a beautiful garden!

Take care of the seeds you just planted, and watch your nature vocabulary flourish!