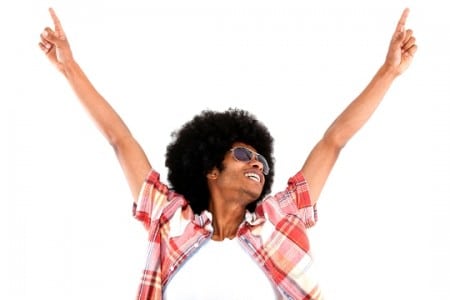 Win at Life: 5 Fun Spanish Vocabulary Games for the Classroom

Did anyone ever tell you that learning a new language is like winning at life?

I kid you not! Guess what the following four activities have in common:

Have a guess? Believe it or not, recent research shows that all four activities trigger the same feel-good reward mechanism in our brains.

So then why don’t people hunt out new Spanish vocabulary with the same hunger that they have for chocolate snacks?

The problem lies in the traditional classroom where more time is spent listening, revising and panicking than actually learning, communicating and playing. It’s time for teachers to use more games and make studying Spanish feel good again!

Why Use Games to Teach Spanish Vocabulary?

Learning a new language with a great teacher should already feel like a game. There are rules to master, problems to solve, and rewards to obtain.

But within the overall “game” of learning Spanish, mini vocabulary and grammar games have an essential part to play as well.

Vocabulary games are vital because they give meaning and context to language practice that would otherwise be hopelessly abstract. When you are sitting at a café in Barcelona, it feels great when you are able to decipher the menu and you get a delicious espresso as a reward too! But in the classroom, simply reading new words from a vocabulary list doesn’t feel half as exciting or worthwhile.

This is where language games come in. A good game should make learners want to take part and feel like a winner when they use their target language correctly.

Now that you’re including games in the classroom, it’s time to decide which ones will work best for your class.

Which Spanish Vocabulary Games Are Best for the Classroom?

Not all games are created equal and not every game is suitable for every learner or classroom. It’s up to a teacher to read the mood of their class; do you have shy learners who would prefer to cooperate, or are they noisy and eager to compete?

The most important thing to remember is that your students should be using a lot of language and feel like they are achieving something, which is why I tend to choose cooperative games and those that require very little setup.

Here are five games that work without fail in the classroom, and are frequently requested by students who have played them before!

Have pernickety accent marks gone and de-amped the energy levels in the classroom? This is a game you can use as a quick fix when the mood is low, or when a carefully planned discussion has petered out five minutes earlier than planned. It’s easy to tweak the difficulty on the fly, so you can challenge even advanced learners.

Have your students stand in a line facing the whiteboard. There’s an initial word up on the board to get the game started, such as sol. The first student must come up and write a word that begins with the last letter of the previous word, so they could go from sol to lluvia. The words should be joined together to make a snake: sol/lluvia/amigo/oro, etc.

You can add constraints to ramp up the difficulty depending on the level of your group. Imposing a three-second time limit, no words with fewer than five letters, or only adjectives are all rules that make the game more challenging. You can ask advanced students to combine the last syllable instead of just the last letter, like this: elefante/teleférico/corazón.

This is a great “getting to know your classmates” game for early on in a course, and let’s be honest, most of us don’t get the chance to throw a rubber cube often enough in our day-to-day lives!

This game uses a rubber cube with question words written on each side, such as ¿Cómo?, ¿Cuándo?, ¿Dónde?, ¿Por qué?, ¿Quién? and ¿Cuál?. A student will throw the cube onto the table, like rolling a dice.

If, for example, the word ¿Dónde? appears face up, then the student who threw the cube must ask a question using the word ¿Dónde?. He or she might ask the person next to him, “¿Dónde vive tu madre?”. That person could reply, “Mi madre vive en San Francisco.”

Then the student who answered the question asks the same question to someone else in the classroom, until everyone has had a turn to ask and answer. Then the cube is thrown again.

You’ll be surprised by how often these simple questions lead to close bonds being formed in the classroom. “Your mom lives in San Francisco? I have a cousin over there!” is the kind of exchange that happens all the time and ends up being great for class morale.

Different learners thrive on different materials, and while you may not be a picture person, there’s a good chance that some of your students are visual learners – and this game will appeal to them.

Give your students a picture, face down. Students tend to be naturally quite curious about their teacher, so copies of personal photos work very well here. Showing off your embarrassing teenage fashion choices or unusual family get togethers will inevitably get some belly laughs!

This fast paced game works really well as an icebreaker and can also incorporate some new vocabulary words. The game is most suitable for young learners, but I’ve seen plenty of adults get really into it as well.

Get your students to stand in a circle and have the teacher stand in the middle. The teacher picks somebody’s name and says it aloud. That student must duck and the students on either side must “shoot” one another with their magic fingers and say the key vocabulary word as quickly as possible. If the person whose name was called is slow to duck, they are out of the game. If the person ducks quickly, the learner with the slowest fingers, as judged by the teacher, is out.

Once your class already knows each other’s names, you can tweak the game by describing particular people in Spanish. Learners have to listen carefully and see if they are being described and, if so, duck quickly! For example, if the teacher says, “La muchacha con una camiseta amarilla,” then the girl wearing a yellow t-shirt should duck down. As soon as your learners understand the rules, you should encourage one of them to step into the middle of the circle.

Here’s another good game for extroverts with plenty to say. You can use this game to revise fairly tricky grammar topics.

With the right methods, language learning should always be just as enjoyable as playing a game. Remember, if your students find themselves wanting to speak and take part in the game, no student will lose the game. All of them are already winning!

Santiago Montero is the founder and director of a language school in Washington DC. He has also worked tirelessly to integrate the fields of education and mass media in Europe and Latin America for the last fifteen years. You can read about Santiago, his methods, and his school at Spanish Tutor DC.