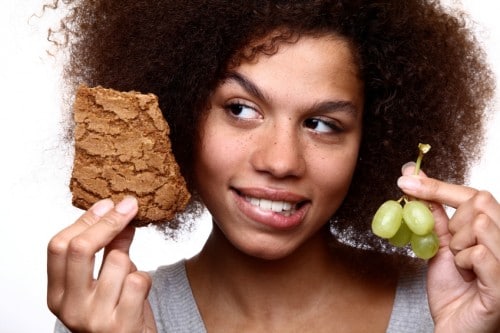 How to Make Comparisons in Spanish Perfectly

Should you move to Spain or Argentina?

Which place has better weather?

Would you rather eat churros and chocolate or dulce de leche ice cream?

This is exactly the kind of situation where you’ll need to compare two things.

And how do you do that in Spanish?

You’re about to find out.


Do I Need to Make Comparisons in Spanish?

It doesn’t matter how nonjudgmental you are.

You do need to know how to make comparisons in Spanish. Unless you have no interest in comparing anything or actually learning Spanish, in which case I suggest you take your internet reading elsewhere.

But if you’re learning Spanish and want to improve, learning how to compare is an absolute must. As well as the Spain/Argentina debacle, you’ll need to compare in order to make the simplest of life’s decisions.

Which restaurant should you eat in this evening? What are the pros and cons of each? Which film should you see? Which Latin American novel should you read? Which guy or girl should you go out with? The list is endless.

Comparing Like Crazy: How to Make Comparisons in Spanish

You can find plenty of real examples at FluentU, which takes real-world videos—like music videos, movie trailers, news and inspiring talks—and turns them into personalized language learning lessons. Listen closely to hear examples of all the following methods in use by real Spanish speakers!

Let’s dive into a world of contrasts.

4 Ways to Use Comparatives in Spanish

1. Use the rule más/menos + adjective + que to compare two things.

For example, you could say “Argentina es más grande que España” (Argentina is bigger than Spain) or “Los argentinos son más guapos que los españoles” (Argentines are better looking than the Spanish). Of course, many of your comparative statements will simply be matters of opinion and, as such, will be totally subjective.

2. Use más/menos + adverb + que to describe differences in how something is done.

For example, you might write ella escribe más lentamente que nosotros (she writes more slowly than we do).

3. Use más/menos + noun + que to compare nouns or how many “things” someone has.

For example, maybe Juan tiene más autos que Josefina (Juan has more cars than Josefina), but maybe Josefina’s got more of something else, airplanes, perhaps, ella tiene más aviones que él. Either person would make a good friend by the sound of it.

4. Use de if you’re comparing numbers.

For example, note the use of de in this sentence: Juan tiene más de 5 libros (Juan has more than 5 books).

It doesn’t seem satisfactory to just say which place is better. Instead, it’s far more fun to say which thing is The Best. Yeah, that’s right, with capital letters. Or even the whole thing in capitals for the excited teenager effect: This is THE BEST!!!

The way you make a superlative in Spanish is very similar to English. You can add as many exclamation marks as you like and put it in capitals, but you’ll always need “the,” just like in English.

Note the use of de and not que.

For example, él es el chico más lindo de la escuela (he is the best looking boy in school). Of course, you can insert any location where this boy is the best looking, be it the office (la oficina), the street (la calle) or the bar (el bar).

You can also omit the place altogether if you want to say this boy’s good looks know no bounds. He is the best looking, period: él es el más lindo.

Sometimes mejor or peor functions as a noun and not an adjective. For example, you may just want to say that something is The Best or The Worst. In this case, you need to use lo/la (the).

So in phrases that talk about things that are the best or worst in general, without referring to a particular noun, use lo/la.

Mojarse en la lluvia es lo peor (Getting wet in the rain is the worst).

Another way to add emphasis and make extreme statements about something is to add ísimo(s)/ísima(s) to the end of your adjective. So instead of saying that he’s the más lindo, you can just say: es lindísimo. Add exclamation marks and love hearts over the letter i to emphasize your point.

Comparisons of Equality in Spanish

Not sure who’s better looking? Are those two restaurants more or less the same? You might want to use comparisons of equality.

For example, Josefina tiene tantos libros como Juan (Josefina has as many books as Juan).

The only tricky thing to remember here is to make sure that tanto/a agrees with your noun, so it needs to be either masculine or feminine according to what your noun is (tanto papel, tanta plata) and it might also be tantos/tantas if you have plural nouns (tantos libros, tantas cosas).

For verbs, you don’t need to worry about making anything agree. You can just use verb + tanto + como. For example: Yo entiendo tanto como ella (I understand as much as she does).

Other Expressions to Compare in Spanish

Other ways to make comparisons of inequality are to use phrases. For example, you could just simply say son muy differentes (they are very different), son opuestos (they are the opposite) or get out of the whole comparison thing completely by saying something like no se los puede comparar (they cannot be compared).

To say things are the same and avoid all the tanto malarkey, you can simply say son iguales or son lo mismo, which both mean “they are the same.” You can also be a bit vague and say something like son más o menos lo mismo (they’re more or less the same).

Of course, using these last few expressions won’t give you the chance to show off your Spanish, but they may be useful to end a particularly tiresome debate about which Netflix series is better, which restaurant serves the best type of fries or which flavor of candy is the tastiest.

Try this quiz to help you practice your newfound comparison knowledge.

So should you move to Argentina or Spain?

Well, we couldn’t possibly say—though we can tell you what the difference is between the Spanish in both countries.

At least now you’ll be able to make your very own pros and cons list about the two countries, along with anything else you want to compare.

Just make sure you write in full sentences (one-word notes such as “weather” and “fries” are officially banned) so you can practice all the excellent comparison expressions you’ve just learned.