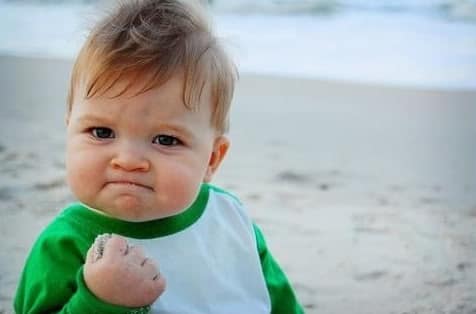 Conversing with native Chinese speakers is a true test of courage and mettle.

It’s a total Catch-22: the only way to improve your spoken Chinese is to speak more Chinese.

Can’t stand the idea of embarrassing yourself with less-than-perfect Chinese?

Well, there is no way around it: practice makes a big difference. You’ll have to stand up to the world with your current level of Chinese, put on a brave face, and accept that you are still learning.

Together, we are about to go over several key things to keep in mind when speaking in Chinese so that you will learn as much as possible from every single conversation. This means you’ll be headed towards fluency at a much faster pace – minimizing misunderstandings and silly mistakes.

Before we get into it, let’s put first things first. Clear your mind. You’re probably not just worried about speaking – you’re probably thinking about understanding, managing tricky grammar, structuring sentences properly, and using slang words. It’s very hard to focus on more than a few things at a time, so take it easy! Focus on one thing in one conversation and then on something else in another.

Even though we tend to say simply say “Oh, she can speak Chinese,” speaking a foreign language is a very complex task that involves a number of different skills, not all of which are directly related to speaking. For instance, a conversation involves two or more people, so apart from speaking Chinese, listening to what other people say is also important, probably much more important than actually speaking. Thus, many of the suggestions I discuss below are about interacting with other people rather than having a monologue or practicing solo.

No-one likes feeling stupid. Not being able to understand what someone said certainly makes most people feel uncomfortable. To avoid this, it can be tempting to cheat and pretend that we understand what someone is saying to us even if we don’t. If your goal is to learn Chinese, you should refrain from faking understanding. The fact that you don’t understand remains true whether someone else knows about it or not, and the point of learning is to enable you to understand. Exposing the gap in your understanding is a necessary step to learn. Naturally, this doesn’t mean that you need to understand everything said to you – this will often slow the conversation down to a frustrating speed. Pick you timing. If you miss a main idea and you think it might be important, don’t nod and feign understanding when you actually haven’t got a clue.

When talking about conversational fluency, few people mention the importance of topic choice. This should be obvious for anyone who has lived abroad for some time, though, because we tend to become really good at talking about some things (like where we’re from, why we are studying Chinese and so on). I can discuss phonetics and phonology in Chinese relatively effortlessly, but I would struggle to talk about cooking Shanghai-style cuisine. This is perfectly okay! To make the most out of a conversation, you can try to vary the topic in a way that suits you. If you feel brave or eager to learn more, steer the conversation into directions you’re not familiar with. If you find yourself struggling with certain topics of conversation, steer clear of these until you have brushed up on the necessary vocabulary. For example, instead of cooking, you might want to talk about soccer, fashion, or your favorite drinks. Study on your own time and try to converse on that topic later. Topic matters greatly for how a conversation feels and what you gain from it. If you’re miserable and overwhelmed in most conversations, your attitude towards speaking Chinese may become sour. Keep the experience positive!

When speaking Chinese, it’s sometimes easy to enter into a kind of interviewee role, where a native speaker asks you questions about you, your family and your country, but where you seldom ask questions in return. You’re so busy thinking of the replies to the questions that it doesn’t occur to you that this probably isn’t a formal interview. Ask some questions in return! Pay attention to how the native speaker replies and how her reply is different from yours. If you feel insecure about asking complex questions in Chinese, a simple 你呢 will take you quite far.

People express a lot of their reactions to what you’re saying through body language. It’s usually fairly easy to see if someone understands what you’re saying or not by facial expression and body positioning. They might say that they understand, but a general look of bewilderment on their faces usually gives them away. Have you seen that look before? Most of us have at some point in our Chinese language learning. Use people’s reactions as a guide to how well you are expressing yourself.

Many native speakers will help you correct your Chinese without even thinking about it. If you don’t pay attention, you might miss it. Recasting simply means that they say the same thing as you do, but with their own words. People do this to subtly indicate how misspoken words or phrases should actually be said. This is a very natural process and isn’t always meant to be a conscious correction. Of course, recasting doesn’t always mean that what you said is wrong either – but if you’re not already quite good at conversational Chinese, there’s a pretty good chance that what they said is better than what you said.

One great way to get this kind of feedback is through a site called FluentU. FluentU is a site that helps you learn Chinese through video immersion (eg. music videos, commercials, and TV shows).

With FluentU, you can basically do recasting, using music videos, commercials, and TV shows as your study material. Screenshots from the FluentU app.
FluentU lets you use music videos and TV shows as learning content.

As I said in the introduction, you can’t focus on everything at once. Many have tried and many have failed. It becomes rather overwhelming. This goes for improving your speaking ability as well. If you know that you’re having problems with some tones, a few initials, several grammar patterns and word order, you should pick only one of these things and try to improve that. This will probably lead to more mistakes in other areas, but that’s okay. By focusing on one thing at a time, you will make noticeable progress in that one area. This progress will solidify and increase your overall proficiency.

Shadowing is the process of repeating what someone says as they’re saying it. This will help focus your attention on specific parts of what someone is saying and makes listening a lot more active. Try listening to the radio and shadowing one of the people talking! Your brain will function at an increased level of language processing, so it  is more demanding. It’s worth it, though. Naturally, in a conversation, you can’t repeat aloud what someone says (imagine how awkward that would be), but you can do it mentally. If someone uses a word in a new way or joins a verb together with a noun in a way you weren’t familiar with, mentally repeat that phrase in your head and make a mental note.

8. Summarize in your own words

The best way of making sure that you understand what someone is saying is by summarizing what they just said, but using your own words. This is extremely useful if you find yourself in a situation where you have to understand what the other person is saying, such as when given instructions on how to get to some place  or how to complete an important task. Summarizing helps you to confirm the information you understood, make the language your own, and allows the native speaker to correct you. If you missed something important, they’ll help you fill in the blanks.

As a beginner, I remember having long conversations with language exchange partners. I stuck to a no-English approach for most of the Chinese parts of our conversations, which meant that sometimes I needed 20 minutes to explain something very simple. This is good, even though it is tiring. As long as you’re speaking Chinese with someone, you’re learning a lot. The moment you start taking too many shortcuts, you will start learning a lot less. This doesn’t mean that you should never use English, it just means that you need patience to say something in Chinese.

Simply speaking Chinese is very good for most students, especially those who spend a lot of time with passive learning or have few opportunities to speak. The problem is that speaking itself only helps us improve certain skills. By following the nine suggestions above, you can greatly increase the amount of Chinese you learn from your conversations. Apart from this, since you’ll be focusing a lot more on what the other person is saying, people will probably like you more and be more inclined to speak with you in the future, giving you even more opportunities to get to know people and learn Chinese!