Simplified vs. Traditional Chinese: Which Should You Learn?

But what’s the difference between traditional and simplified Chinese? Which is more common? Where in the world are the two used?

And which should you learn?

We’ll cover these answers and more in this ultimate guide to traditional vs. simplified Chinese.

Note: Chinese words in this article will be written as “simplified/traditional,” then accompanied by the pinyin and meaning. e.g. 中国 / 中國 (zhōng guó) — China. Characters that are the same in both forms will only appear once.

Simplified vs. Traditional Chinese: In a Nutshell 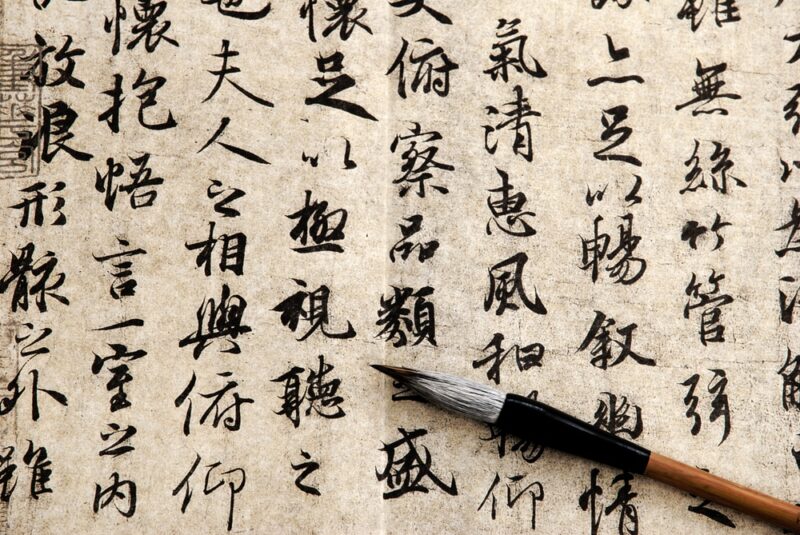 Before you decide which to learn, ask yourself these three questions:

If you live in or are traveling around an area that uses traditional characters, go traditional. The same is true for simplified.

Maybe you don’t live in a Chinese-speaking region. Maybe you just have Chinese friends or live in an area where it’s a minority language. If that’s the case, just choose the version that the people around you use.

A lot of times, when characters have the same pronunciation but are written differently, people will describe the character with radicals when speaking.

The traditional character 見 is divided into the following radicals:

On the other hand, the simplified character 见 is considered both a character and its own radical.

Where Simplified and Traditional Chinese Are Used 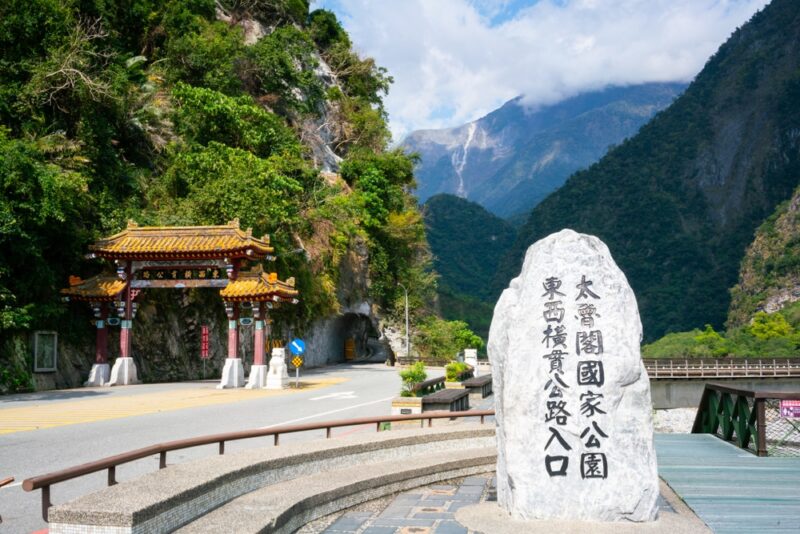 Traditional Chinese is used by Chinese speakers in Hong Kong, Taiwan and Macau, as well as the majority of Mandarin and Cantonese speakers who live in other countries.

Territories that use traditional characters generally use them exclusively.

Although some locals may be familiar with the simplified form through news channels and online articles, simplified Chinese really hasn’t found its way into everyday life in those areas.

In areas where simplified characters are generally used, traditional characters do show up on occasion in everyday life.

It’s also used by anyone who wants to stand out from others, similar to how cursive script fonts might be used in the States to represent elegance.

Simplified Chinese is the more common writing system because China has way more people than the other regions and countries mentioned, but the traditional system shouldn’t be written off just because of the numbers.

Which writing system you learn might depend on who you’ll be communicating with or possibly on which system is being used by your favorite Chinese learning resources.

Fortunately, most language learning apps and programs let you choose between the two.

For example, FluentU is a video-focused language learning program that lets you display either simplified or traditional Chinese in the subtitles.

FluentU’s interactive subtitles also let you display pinyin and English if you need them, and you can click any word in the captions for a definition, pronunciation guide and example sentences.

Digital learning resources are convenient for a variety of reasons, and the ease of changing between traditional and simplified Chinese is definitely one of them.

The Differences Between Simplified and Traditional Chinese 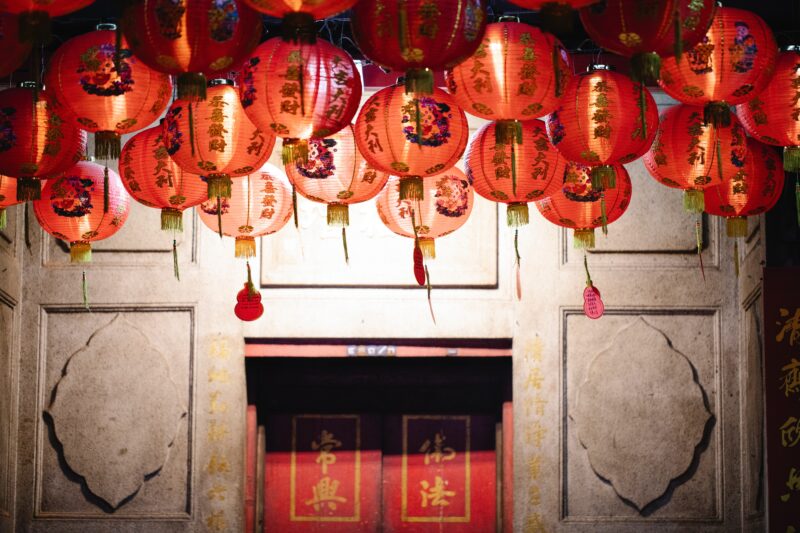 The traditional writing system is regarded as being richer in meaning than simplified. There are historical cultural references as well as pictorial descriptions that reflect the thinking of earlier times.

The cultural and historical significance of a character isn’t usually easy to figure out. An example is 发 / 髮 (fà) — hair. Hair has always had political and social implications in Chinese history. If you had long hair, you supported the controlling rulers. Your long hair would be put up and pinned as part of your coming-of-age ceremony.

If you wore your hair down, you were a rebel or dissenter. If you were being punished, your hair would be cut, or you would be shaved bald. Notice the top two components of the traditional character for hair, 髮:

Remove those two components, and the character becomes 发, which is the simplified character used for hair.

A lot of simplified characters are based on characters from a previously used script. So as arbitrary as the difference in characters may seem sometimes, there is a reason for it.

Most characters, both simplified and traditional, have built-in meaning in some way. However, one of the big arguments in favor of traditional Chinese is that the meaning is clearer and deeper.

The most common character used for arguing this point is 爱 / 愛 (ài) — love. In the simplified version, the character 心 (xīn) — heart has been removed from the middle of the character. And you can imagine why many people view this omission as significant!

All that being said about traditional characters, the simplified writing system does have a lot of practical value.

One pro-simplified viewpoint is that it takes less time and is much easier to write.

A side-by-side comparison of traditional and simplified characters will show that a good chunk of them are the same in both character sets.

So which characters have been simplified?

They fall into four categories, which are explained below with examples.

Characters in this category are components of traditional characters but function as their own characters in simplified Chinese (though not as radicals for other characters).

Simply put, these are parts of traditional characters that became their own characters.

The character 羽 (yǔ) — feather/wings is the top component of the traditional character 習, but 習 was further simplified to 习, which was never considered an individual component before the simplification process.

The second conditional of this category is that they don’t function as radicals for other characters. That detail was included so 习 wasn’t mistaken as a radical for the character 羽. 羽 in itself is a full radical.

These characters were simplified as left-side radicals but maintained the traditional form when used as other character components or standalone characters.

When these characters function as a component and not as left-side radical, they keep their traditional form:

Characters also keep their traditional form when paired with other characters to form words:

Characters in this category were simplified, regardless of whether they functioned as a radical, component or individually as part of a word.

These characters were simplified based on shorthand versions of characters and may be completely different from their traditional counterparts.

Another example of a simplification that doesn’t seem to fit the rules is 夸 / 誇 (kuā) — exaggerate.

It seems like this character should have the simplified 言 (yán) component 讠, along with 夸 (kuā). It didn’t simplify that way because 夸 (kuā) was already an officially accepted form of the traditional character 誇 (kuā) in other types of script.

The Historical Significance of Simplified vs. Traditional Characters 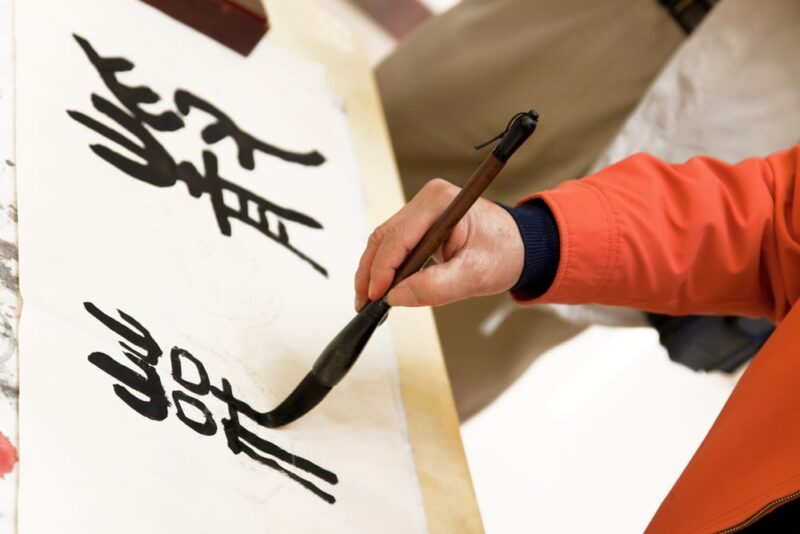 When I encountered native Chinese speakers in the States, I asked them which writing system they prefer. The answer was usually “traditional,” often said with a very strong, slightly offended sounding tone.

The need for simplified characters can be a hot button issue. Here’s a little bit of the cultural history to help you understand why.

The Evolution of Chinese Writing

There are seven Chinese scripts, starting with the four scripts that evolved into today’s traditional Chinese writing:

After Clerical Script, Chinese writing got more and more cursive-like. These are the three scripts used today, mostly in calligraphy:

A Brief History of Simplified and Traditional Characters 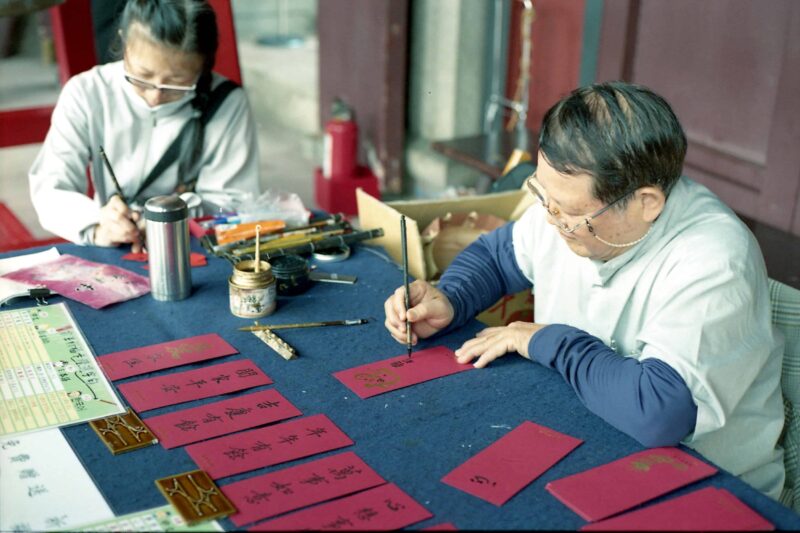 As new scripts were developed through the dynasties, Chinese writing became more and more functional.

Pronunciation keys were added, the concept of radicals was introduced and character components were added to and gave indications of the meaning. These still exist in today’s traditional Chinese writing system.

The arguments for a simplified character set began in the early 1900s, but simplification wasn’t implemented until the People’s Republic of China was formed in 1949. Interestingly, the eventual goal of character simplification was to completely romanize the Chinese writing system.

This is why pinyin was invented and promoted around the same time. The simplified characters were developed and promoted in education systems in the 1950s with the goal of increasing literacy, especially among the older population.

The plan seems to have worked. When the simplified writing system began to be taught, China’s literacy rate was around 20%. It’s now estimated to be around 95%.

Those who advocate for simplified characters continue to argue that simplified still has advantages in more rural areas where formal education isn’t so accessible.

Regardless of which political or social viewpoint you have, you should aim to understand the differences between simplified and traditional Chinese characters.

The ability to write well earns sincere respect from Chinese people. They know the language is difficult to write, and if you can do so beautifully, they’ll view you as far more than just a naive foreigner!

The decision may not be easy, but the results will be worth it.