This winter is set to be cold.

Rather than seeking refuge under your duvet with the heater on full blast, wouldn’t you rather be kicking back on a Caribbean beach instead?

No need for this to be a pipe dream, for a tropical paradise awaits just a short flight away.

Boasting the highest density of biodiversity on Earth, Costa Rica is more than just a beach destination.

Practice your Spanish with friendly ticos (Costa Ricans), take a tour of its wildlife-rich jungles or snorkel among countless species of colorful tropical fish. Costa Rica has it all.

All you have to do is get there.

I spent years as a travel agent helping clients discover far-flung places on the cheap.

Now I’m going to help you indulge in a bit of pura vida (pure life) in Costa Rica.

Where to land in Costa Rica

Costa Rica has two international hubs. Where you choose to land depends on your itinerary and budget.

Backpackers should just choose the cheapest airport, because traveling overland throughout the country is fast and cheap. Short-term holidaymakers, on the other hand, would be better off landing at an airport near their chosen resort for the convenience it affords.

Capital San José is the largest and most cosmopolitan city in Costa Rica.

This is the airport of choice for travelers heading to the Papagayo Gulf or nearby resort towns such as Playa Conchal and Tamarindo. That way, they can be sipping cocktails by their resort pool within an hour of touching down.

Costa Rica has several domestic airports. The busiest is in Puerto Limón, an afro-influenced colonial city on the Caribbean coast. Many vacationers connect here for easy access to Puerto Viejo, Manzanillo, Cahuita and Gandoca.

Domestic connections aren’t good value for the budget conscious traveler. Most tourist destinations are within four hours of San José via a relatively comfortable and extremely cheap public bus.

Given its small size, flying into one city and out of another (aka buying an open jaw ticket) isn’t worth it in Costa Rica. Open jaw tickets tend to cost substantially more, and most domestic destinations are just a short bus ride away.

However, those visiting as part of a larger South or Central American adventure often find open jaws to be a good deal.

Land Yourself a Bargain: The Cheapest Flights to Costa Rica

How to score discount flights to Costa Rica 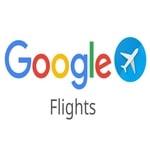 The most important factor airlines use to determine pricing is availability.

To secure the cheapest possible fare, you’ll likely need to be flexible with your dates. Flights could be considerably less expensive on a Tuesday than on a Friday, for example.

You’ll also need to get in early because the availability of budget fares rapidly diminishes the closer you get to your travel dates.

In my experience, Google Flights is the best tool to quickly scan availability around multiple dates.

Another crucial factor in airfare pricing is the seasons.

American vacationers swarm to Costa Rica during the high season, between mid-December and April, which coincides with the country’s dry season. Consequently, airlines charge substantially more for these flights because they know they’ll fill their planes due to the high demand.

If you do travel during high season, aim to book at least three months ahead to secure the cheapest available seats. Those visiting during peak periods such as Christmas, New Year’s Eve and school holidays should book around six months in advance.

For a better deal, travel just outside the high season. You’ll likely only encounter a little rain each day and will have stacks of extra cash to spend on Cerveza Imperial (local beer).

A second, smaller high season kicks in between July and August, when the rains ease up and the sunshine reappears. 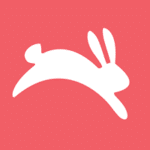 Airlines intermittently release promotions to drum up sales. Unless you fancy traveling during the rainy season, these promo fares are your best bet to scoring a super cheap deal.

How do you get one? It’s easier said than done.

Upcoming sale fares are a tight-lipped secret. Not even the most learned travel agents know about them until they’re suddenly dropped on the unsuspecting public. 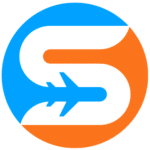 In general, promos tend to come out somewhere between three and six months before the Costa Rican high season.

Sign up for the social media feeds and email newsletters of your favorite airline. When promotions do come out, you’ll be among the first to know. Alternatively, notification services such as Hopper and Scott’s Cheap Flights can send you email alerts about new deals.

What you can expect to pay for flights to Costa Rica

Airfares vary widely depending on the above factors. Consider these following sample return fares from major airport hubs to be a very rough guide:

These figures could double if you book at the last minute. 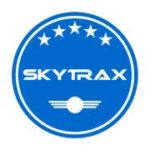 Numerous airlines fly direct to Costa Rica from the Americas and Europe. Each varies in service and safety, so check out reviews on Skytrax if the quality of the airline is a deciding factor for you.

Online fare aggregators search all available airlines on a particular route to present you with the best fares. However, these platforms don’t always include low-cost carriers so it could pay dividends to search them separately.

If flying on a low-cost carrier, be aware that they make money through ancillary fees. These optional extras include everything from checked luggage to seat selection and food. Collectively, they can add up to a considerable sum, so take them into account before booking.

Many airlines will transit through the United States en route to Costa Rica. Always double check your visa and Electronic System for Travel Authorization (ESTA) requirements.

Airlines that fly to Costa Rica

The following airlines all offer connections to complement their direct flights.

A subsidiary of the Colombian-owned Avianca group, Avianca Costa Rica is the national carrier and offers the greatest variety of direct international flights. Destinations include multiple hubs throughout Central, South and North America.

As you would expect from the Avianca group, their service and safety standards are exceptional.

Flights from Europe to Costa Rica

Flights from Oceania and Asia to Costa Rica

Travelers looking to fly between Australasia and Costa Rica on the cheap are flat out of luck. Not only are there no direct flights, but the travel times are horrendous and the airfares are astronomical.

From Australia and New Zealand, United and Delta offer the best fares via the United States. Travelers departing from Asia are better off going via Europe on an airline such as Air France or KLM.

A potentially cheaper alternative is to grab a return flight to Fort Lauderdale and a separate Spirit Airlines flight to San José. But be warned, I once did a similar route and it entailed several days of sleeping in airports.

No wonder they all prefer to holiday in Bali!

Find something that fits your budget? If not, continue tweaking your travel dates and keep an eye out for those coveted promotional specials.

With a little luck, you’ll be proclaiming “¡Pura Vida!” with your newfound tico buddies in no time.