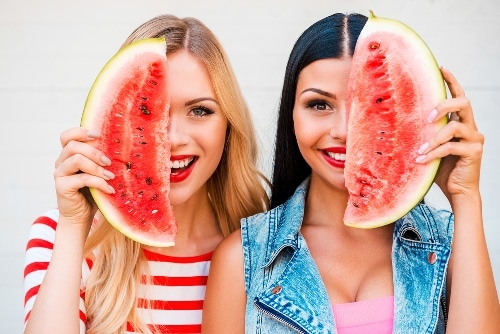 It Takes Two: 25 Juicy Spanish Verbs That Are Linked with Prepositions

Who depends on you?

What do you believe in?

Eh sorry, is that too heavy for you?

We can go light: What do you feel like eating today?

Each of those sentences has a verb with a preposition (these are “phrasal verbs” in English): depend on, believe in, feel like.

As you can see, prepositions are absolutely necessary to discuss a range of topics in English—from the most serious to trivial.

Yup, you guessed it: They’re also super useful in Spanish.

And there are many Spanish verbs that take prepositions, so we’ve compiled the most common into a handy list for you. But before we get to the verbs themselves, let’s just make sure you’ve got the basics down.

What Is a Preposition?

Prepositions are words that provide context to sentences to relay necessary information between speakers. In short, preposition are connectors that describe three elements:

The English language contains approximately 70 common prepositions, whereas Spanish has 60. In most instances, prepositions are used exactly the same and are easily transferrable between English and Spanish, as you can see in examples #2 and #3 above.

In fact, let’s take a quick look at ten examples of that last scenario.

10 Common Verbs in Spanish Without Prepositions

The reason why these can be confusing is because while they don’t have a preposition in Spanish, the English translation of these verbs does use a preposition.

One common mistake by new Spanish learners is to use “buscar para” when they want to say “to look for,” which is incorrect. In Spanish, buscar means “to look for,” so you should follow the verb directly with the object: busco trabajo (I’m looking for a job).

A more extensive list is available here, and you can keep practicing and testing yourself here.

There are many more prepositions in Spanish, but these top five connectors are the ones we’ll work with today. Review this short list and make sure you’ve got these down, as they’re used extensively in everyday Spanish conversations.

Got it? Good. For each of these prepositions, we’ll explore five common verbs that take that particular preposition. If you’re interested in learning more verbs than the 25 below, you can find verb lists for each category here.

Our list will be more useful to you if you know some effective ways to learn these Spanish verbs, so here’s our final stop before the selection of verbs:

How to Learn Spanish Verbs with Prepositions

If you’re a beginner or intermediate learner, pick a new verb from our list every day, and try to use it at least five times in your daily conversation and writing practice.

Listen and read. You also need to reinforce these verbs through receptive activities, such as listening to podcasts and the reading the news to make them “normal” and “natural” to you.

A great method to practice this is to pick a prepositional verb from the list below and listen/watch closely for it. Keep a notepad with you to jot down the phrase or sentence in which you heard the prepositional verb.

Another option is to choose one Spanish preposition to listen or search for, and pause/stop to analyze at every instance. Ask yourself: Is this a preposition on its own, or is it linked to a verb?

Flashcards and exercises. Do your best to get these prepositions and verbs drilled into your memory using flashcards (pre-made decks can be found here and here), reviewing additional preposition verb lists and using online lessons. But don’t forget to get creative with your learning!

Spanish songs. Love music? Try singing along to these three songs, which have prepositional verbs.

You can also look up some of your favorite songs in Spanish to see if you can pick out any prepositional verbs from their lyrics.

You can look for other expressions that use verbs from the list below.

Google search. Another great technique is to do a Google search for short texts, blog posts or online articles that use prepositional verbs—because there are tons! Simply type in your prepositional verb into the search bar (in quotes), add a topic and you’ll get many written resources. Check these three out to get started:

The prepositional verbs in the en (in) group are can be followed by objects and/or infinitives. For our intents and purposes, keep in mind that an infinitive is simply a verb that has not been conjugated (i.e. comer, cantar), and an object is a noun.

When followed by an infinitive, confiar en means “to be confident in” and with an object it means “to trust in/to rely on.”

Confío en hacer un buen trabajo. (I am confident I will do a good job.)
Infinitive: to do

Dudo en decirte lo que pienso. (I hesitate to tell you what I think.)
Infinitive: to say (tell)

3. hacer bien en (to be right to/in doing something)

When linked with an infinitive, hacer bien en translates to “you’re doing the right thing.” When followed by an object, it means “you are doing good in/for.”

With an infinitive insistir en means “to insist” (easy to remember), but with an object the meaning changes to “put emphasis on.”

Insistimos en ir a la fiesta. (We insist on going to the party.)
Infinitive: to go (going)

Quedar en is special because its meaning changes significantly when used with an infinitive “to agree on” or an object “to fall in”/”to remain” (figurative – emotional state), as you’ll see below.

Quedamos en vernos este viernes. (We agree on seeing each this Friday.)
Infinitive: to see (seeing)

You’ll note that prepositional verbs followed by infinitives are the equivalent of our “-ing” verbs in English. So be careful not to make the mistake of saying “confío en viéndonos este viernes,” Rather, you’d use the infinitive ver following the preposition, as in the previous example.

Cuento con ello. (I count on it.)
Object: it

With both infinitives and objects, soñar con translates to “dream of” or “dream about,” although it could also be translated as “to hope to” with the infinitive, as you can see in the first example below.

8. tener que ver con (to concern/to have to do with)

With an object, comenzar con means initiating an action, or to begin by/with.

10. amenazar con (to threaten with)

With both infinitives or objects, amenazar con keeps the same definition, to threaten someone with something, as in the examples below.

Amenazo con culparte. (I am threatening to blame you.)
Infinitive: to threaten (threatening)

The prepositional verbs in the a (to) group are special because in Spanish, unlike English, we have a grammar rule called the personal a. The personal a is placed before the object when the object is a person. This can be confusing because this rule doesn’t exist in English, so take a close look at the following examples:

Se acerca a mí. (He/she approaches me.)
Object: me; requires personal a

Resistir a with an infinitive is directly translates to “to resist in.” However, with an object it can also mean “to not be able to take her/his hands off something.”

Él no se puede resistir a ella. (He can’t take his hands off her./He can’t resist her allure.)
Object: her

Cuido a mis primos. (I take care of my cousins.)
Object: my cousins; requires personal a

Me esfuerzo por ser una persona mejor. (I do my best to be a better person.)
Infinitive: to be

Comenzar por is similar to #9 above, where we initiate an action.

Comenzamos por rellenar el formulario. (We begin by filling out the sheet/form.)
Infinitive: to fill (filling)

With an inifinitive, estar por means “to consider doing something,” whereas with an object, it expresses preference or stance on a subject or cause.

19. disculparse por (to apologize for)

With both infinitives and objects, disculparse por means to apologize for or excuse oneself for .

Me disculpo por mi comportamiento. (I apologize/Excuse myself (for) my behavior.)
Object: behavior

The verb optar por means “to opt for” in both instances, making this one easy to remember!

Opto por ir al cine. (I opt for going to the movies.)
Infinitive: to go (going)

Acordarse de is often used with the infinitive haber (to have) in order to recall past events, but you can also use it with objects. Both of the examples below have roughly the same translation, but are said in two different ways.

Me acuerdo de haberte visto una vez. (I remember having seen you once before.)
Infinitive: to have (having)

Me acuerdo de ti. (I remember you.)
Object: you

22.preocuparse de (to be worried about)

This prepositional verb always implies worry with both infinitives and objects.

No me preocupo de llegar con retraso. (I am not worried about arriving late.)
Infinitive: to arrive (arriving)

Trato de ser feliz (I try to be happy)
Infinitive: to be

When linked with infinitives, alegrarse means “to be happy about.” With an object it means “to appreciate something.”

Me alegro de recibir la buena noticia. (I am happy about getting the good news.)
Infinitive: to get (getting)

And now you have something new to be happy about: You’re a step closer to fluency by having learned these verbs! Keep practicing, and don’t forget to make it fun!

Start using FluentU on the website with your computer or tablet or, better yet, download the FluentU app from the iTunes store or get it on Google Play for Android devices.

Tutor Triumph: How to Milk Your Online Spanish Lessons for All They’re Worth
5 Swingin’ Songs to Learn Spanish (and Salsa!) on the Dance Floor