Yep, just as you think you have learned everything there is to learn about adjectives, we spring another type on you.

You can describe personalities with adjectives, say what anyone looks like with physical adjectives and even spice up your everyday speech. But what if you need more than a word or two to describe something?!

What Is an Adjective Clause?

But what is an adjective clause?

Here is an important key to remember when you are dealing with adjective clauses: they are non-essential to the sentence. They are added on to provide more information about something and are often placed between commas to separate them from the rest of the sentence.

Removing an adjective clause should not change the meaning of the sentence.

If this all sounds confusing, seeing it in action will clarify everything! Here are some examples in English; the adjective clauses are in bold:

The Spanish book that was published in 1904 was dusty.

Relative pronouns are major components of adjective clauses because their job is to connect a clause to the noun it modifies. Lucky for you, they also make it easier to identify adjective clauses.

Here are the same examples as above, except this time only the relative pronouns are in bold:

The Spanish book that was published in 1904 was dusty.

That concludes our trip down English class memory lane. Hopefully, it did not stir up any horrendous nightmares of bad grades, mean English teachers and long hours spent struggling over homework. Oh wait, those are my nightmares!

Now that English is behind us, you might be wondering how Spanish clauses differ from English ones.

You will be blown away when I tell you the difference: A Spanish adjective clause works the same as an English one… except it is en español (in Spanish)!

All kidding aside, Spanish adjective clauses really do function the same as English ones, with some minor differences.

Here are the examples from above, translated into Spanish with the adjective clauses bolded:

And here are a few more examples:

Creo que la tortuga que come toda la lechuga del jardín no esta aquí hoy. (I think the turtle who eats all the lettuce in the garden is not here today.)

Just like in English, Spanish relative pronouns are the key to forming proper Spanish adjective clauses. Here are the pronombres relativos (relative pronouns) in Spanish:

You might be thinking that the list above is way more complex than English relative pronouns. The masculine and feminine articles combined with the plural forms make it look much longer.

But do not worry! It is not as complicated as it looks. For the most part, you use the same pronoun in Spanish as you would in English: “who” for people, “that” for objects and so on.

In Spanish, you also have to pay attention to whether the antecedent (el antecedente)—the noun that the pronoun refers to—is feminine or masculine and singular or plural, then choose your pronoun accordingly. For example, take the sentence below:

If the sentence had been about a single persona, the relative pronoun you would pair it with would be quien, not quienes.

Here are some examples using el que and el cual: 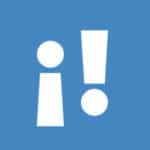 Everyone’s favorite online Spanish dictionary, SpanishDict.com, has a great Spanish relative pronoun quiz if you want to get some practice.

Spanish Adjective Clauses in the Subjunctive and Indicative Tenses

You have probably already learned about the differences between indicative and subjunctive tenses.

My indicative mnemonic is a bit more abstract. I use the expression “the evidence indicates facts,” relying on the word “indicates” to remind me that indicative only uses cold, hard facts.

You can practice subjunctive conjugations online if you have not mastered them yet.

What does all this have to do with adjective clauses?

Well, the subjunctive is used in adjective clauses when you do not know the adjective you are referring to, or when the adjective does not exist (as in a negation).

Queremos hablar con un profesor que pueda ayudarnos con este formulario. (We want to speak to a professor who can help us with this formula. [We do not have a particular professor in mind.])

No hay nadie que te pueda ayudar con eso. (There is no one who can help you with this. [The antecedent is negative, and therefore nonexistent.])

If the main adjective is something or someone you know, just use the indicative! For example:

Queremos hablar con el profesor que dio la clase de español de ayer. (We want to speak with the professor who conducted yesterday’s Spanish class. [We want that specific teacher, not any other.])

Spanish adjective clauses are fairly straightforward but they require a little study to understand their intricacies. A good way to practice is just to create your own Spanish clauses by yourself or with a friend!

Here are some fun ideas for practicing Spanish adjective clauses:

We hope this journey, which was about Spanish adjective clauses, has been a productive one for you. Enjoy your newly found descriptive skills!