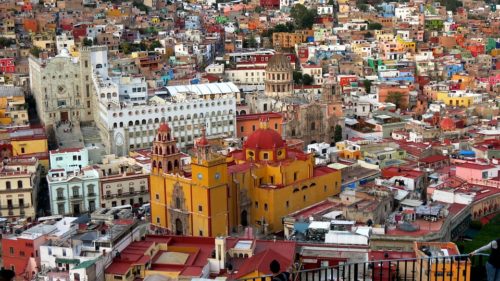 I first fell in love with Mexico because of its alebrijes—handicraft creatures made of wood or paper mache, and decorated with bold colors and incredibly intricate patterns.

Each one is bursting with imagination in its own distinct way.

There’s a lot more to Mexico than the cliches of tacos and cacti. In fact, its diversity of culture, its history of rebellion, art and indigenous innovation, and its quirkiness and rough edges make it a great place to study Spanish.

Mexico has pyramids (the biggest in the world is in fact 30 minutes from my place in Puebla, but few know about it because it’s covered in grass), protests and pozole (a spicy soup). Its hundreds of cities and towns often have their own types of hot chocolate, mezcal and handicrafts, and the country itself spans mountains, deserts, beaches, volcanoes and more.

And of course, there’s the language. If you’re searching for that immersive Spanish-learning experience, Mexico is an exciting, diverse and unique place to achieve it.

Apart from the fact that Mexico is the country with the highest number of Spanish speakers, at 121 million—over a quarter of the total native Spanish speaking population—it also has a deep (and sometimes painful) relationship with the U.S. Many Mexicans are learning English and watching Hollywood movies. So why not make that exchange mutual?

Mexico has produced some of the world’s best literature and movies that are worth one day being able to understand without translation. “Como agua para chocolate” (“Like water for chocolate”) is an incredible movie about tradition and the magic of food, and Sor Juana Inés de la Cruz is one of the world’s most famous female writers of the 17th century.

Studying Spanish in Mexico is a great way to learn about the world, experience a new culture and truly immerse yourself in the language.

5 Great Cities and Regions to Study and Pick up Spanish

Mexico is gigantic. It has hundreds of cities, towns and a lot of regional variation. So even if you’re sure you want to study in Mexico, how do you choose exactly where to go?

Well, a lot will depend on your own personal taste, whether you like beaches or mountains, hot or cold weather, big cities or smaller towns. But it’s helpful to avoid the tourist traps like Cancún, where prices are jacked up and a lot of people have learned English, and to aim for areas where deeper language immersion is possible.

Typically, people in bigger cities will have “less” of an accent (that is, they’ll speak a bit more clearly) and you’ll have more of a choice of schools and homestays in big cities. Central cities like Mexico City and Puebla also act like hubs, making it easier to take trips around the country.

But smaller towns, or the fringes of the big cities, tend to be more friendly and it could be easier to strike up a conversation with a stranger, or make friends.

Here are some specific locations you might consider exploring:

There are hundreds of museums, including some of the strangest ones, and the highly popular Frida Kahlo Museum. As it’s the capital, you can get food and handicrafts from much of the country here. It’s a bit more expensive to live in Mexico City and it can take a while to get around.

Just two to three hours from Mexico City, Puebla is less overwhelming, but its colonial center is quite beautiful. Two million people live in Puebla City, meaning it has most of the facilities and more variety of restaurants and places to visit than you’ll ever need. (However if you’re a major party goer, it might not be for you.)

Puebla is a student city, so there’s a range of student-like accommodation, if you don’t want to do a homestay. Puebla State is full of intriguing, culturally-rich villages you can visit on a day trip.

This means it has more international cuisine restaurants, more hostel options (that is, cheap accommodation with kitchens, Wi-Fi and socializing) and more bars. Chiapas is a state that has struggled a lot with the Mexican government, transnationals and wealthy land owners.

If you can’t get away to study in Mexico, you can bring the Spanish immersion to you with FluentU. It’s also a great way to brush up on your language skills before you embark on your journey. How? FluentU takes real-world videos, like music videos, commercials, news and inspiring talks, and turns them into Spanish learning experiences.

If you’re looking for a school with lots of flexibility and learning options, check out the ICO. This school offers a range of programs year round with different options depending on how much time you’d like to devote. There are also specific programs tailored to medical, academic and business professionals, and the school also teaches children.

The school can arrange homestays, and it has a social responsibility policy, sponsoring a range of charities and hosting various fair trade events.

There are also numerous interesting cultural workshops, including alebrije-making and salsa and merengue dancing; for those looking to get even more speaking practice there are also extracurricular conversation workshops. 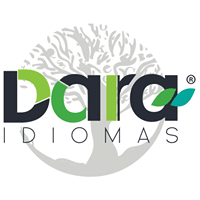 Dara Idiomas, based in Cuauhtemoc in Mexico City, is a corporate-style school, aimed at individual attention for business people. The school also provides education and support to people in the education and publishing industries.

Dara Idiomas is focused on delivering specific results that cater to the client’s professional goals. This might include focusing on negotiations or report-writing, among other skills. Students will take a placement exam before beginning lessons.

The school prides itself on providing certified native language teachers for those who would like to learn Spanish (as well as other languages like English or French) quickly. 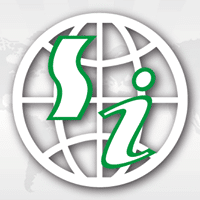 This school, unlike Dara Idiomas above, is focused only on teaching Spanish (and culture) through an intense immersion program that emphasizes verbal communication.

There are eight levels, each lasting three weeks, from beginner to near-native speaker. Students can take a placement exam to determine what level to enter. Morning classes are focused on group lessons and work, while you’ll get one-on-one instruction during the afternoon.

Other activities available through the school include volunteering at an orphanage, cultural excursions, extreme sport adventures, cooking and dance classes and more.

This school offers group, private and intensive Spanish classes, as well as homestays, and prides itself on its “family atmosphere” as well as some beautiful views of the city and mountains.

Unlike some schools, Tierras Mayas is owned and run completely by Mexican teachers. They use a teaching method that combines grammar and conversation classes in a friendly and positive environment.

The school can organize volunteer work for you, and includes a communal kitchen, a cinema, a library, free internet and free coffee—locally grown and organic. There are also group lunches on Fridays.

Escuela Falcon is unique in the flexibility they allow with their learning program. Students can decide how many and what classes they want each week.

Escuela Falcon also has a program for children, which includes museum visits and other nearby excursions, weekends away, kite and craft making and other real-world language learning situations.

The school can arrange a homestay or a rental apartment and they also offer phone rental, airport pick-ups and babysitting services. 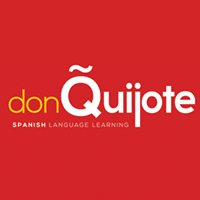 Located a very short walk from the center of Oaxaca City, Don Quijote gives students a choice of private or intensive classes, premium (flexible and personalized classes, with a meeting with the teacher to discuss your needs) and even cooking classes.

Accommodation options include a nearby student residence, with shared or single rooms, and breakfast included. The maximum class size is five students, and the school also organizes conversation time, lectures, afternoon activities and excursions.

There are a lot of amazing opportunities here. If it’s within your means, you could consider trying a few schools in a few different regions of Mexico. With the food here, and the language, the idea is to get out of your comfort zone!

Tamara Pearson is a journalist, teacher and language lover who has lived in Bolivia, Ecuador, Venezuela and now Mexico. She is also the author of “The Butterfly Prison.”