13 Fun and Efficient Ways to Learn Japanese in Your Car

Whether you commute to work or school, go on frequent road trips or you simply have to drive a lot to get anywhere, time on the road can add up and cut into time you could be doing something else—say, studying Japanese.

Japanese study might be a daily or almost-daily habit for you, and time in the car can take away from that precious studying time.

However, there are ways to learn new things and practice what you already know while you’re in the car. Commuting time doesn’t have to be wasted time!

If you’re on your own and you have either a CD player in the car or a way to connect your iPod or phone to your audio system, there’s a variety of things you can listen to. This works if:

Here are several possibilities with audio you can use to practice and learn.

Pimsleur is a best-selling audio Japanese course for beginner to intermediate levels. It’s worth the expense to have their CDs in your car or their audio downloads on your computer or smartphone. The prices vary based on which materials you choose to learn with—and they do offer some sweet sales on the merch from time to time—so check out their current offerings. 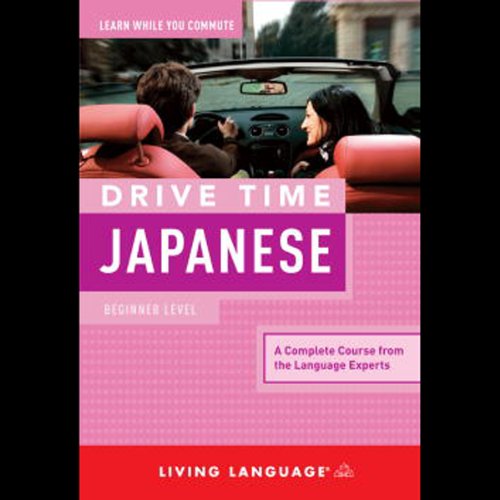 This CD program is specifically designed to hold your attention and make learning effective when you’re in the car. It’s for a beginner level.

Although this online Japanese learning program is largely video-based, FluentU does have a series of Japanese audio lessons, that are all downloadable so you can listen to them and practice key vocabulary as you sit in traffic.

On many websites, you can download podcasts as MP3 files. Put them on your phone and then connect your phone to your car’s audio system with a spring aux cable. Depending on your car’s features, you might also be able to use Bluetooth or plug in a flash drive that holds your podcasts.

This program is ideal for tracking down options for beginner, intermediate and advanced levels alike. It focuses on featuring audio and video material made by professional teachers, and it’s one of the most prolific and consistent language sites in the game. They teach grammar, vocabulary, everyday conversations, real-life situations and culture. So, basically, you’ve got all your bases covered. Take the JapanesePod101 free trial for a spin on your next drive!

Includes both videos and a blog that are equally helpful for all levels of learning.

Listening to Japanese artists’ CDs can also help you to improve your Japanese through music. Some popular artists include: 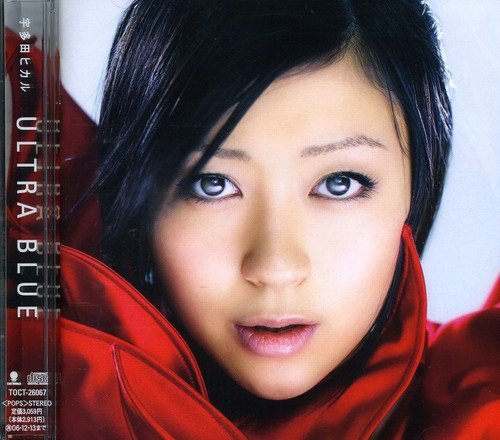 Her album “Ultra Blue” is can be found as an MP3 download as well as a CD.

They’re a bit older as a band, but still have great music for you if you enjoy pop and rock. Check out their gentler song “くるみ”.

A personal favorite, fronted by the founder of Mad Capsule Markets (another great band; check out their song “Pulse”). AA= played in Ozzfest 2012 and I fell in love with their crazy style. Great if you love exciting, heavy music. Check out their single, “All Animals Are Equal.”

There’s also the possibility of you burning your own audio disc or filling up your iPod with your favorite Japanese songs.

If you want to concentrate on studying specific words and phrases, you could also invest in some traditional Japanese poems, nursery rhymes and songs to explore Japan’s culture as well as its language. Here are a few suggestions. 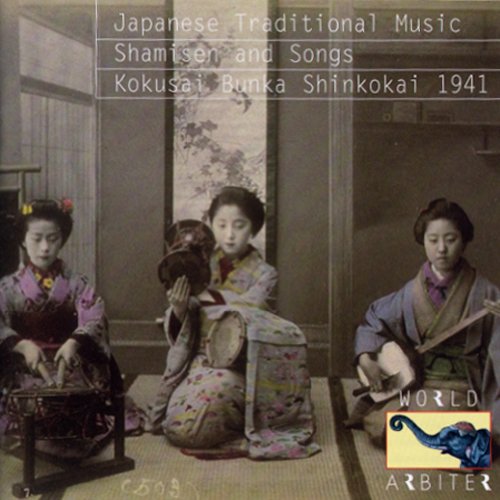 The shamisen is a traditional Japanese instrument used for producing some beautiful Japanese songs.

Why not listen to Christmas tunes all year round?

This is good for practicing simple vocabulary and learning some traditional tales. 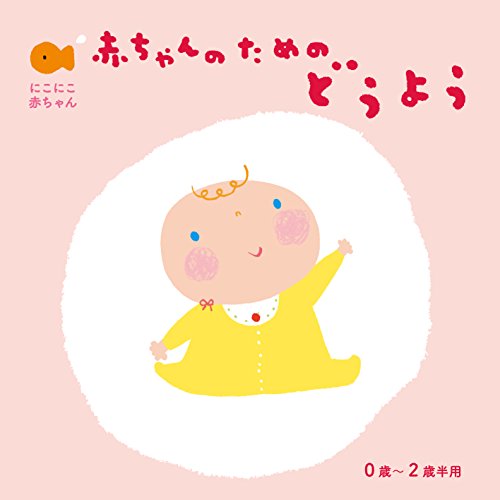 This one is, as the title suggests, for babies, but that just means that it’s super useful for brushing up your basic vocabulary.

Audiobooks are good for advanced learners who want pure, authentic language input and also enjoy a story. Here are some good suggested audiobooks in Japanese, either by Japanese authors or international authors who have had their works translated. If you choose the latter, you can listen to a story you already know in Japanese. This way, you can practice the language without too much pressure to understand every single word.

Any of the Harry Potter books by J.K. Rowling

All seven audiobooks are available to buy in Japanese on Pottermore.

This is a great resource that makes you feel like a native. There’s a list of more suggested Japanese audiobooks here.

As well as audio, try car games in Japanese. This is especially good if you’re traveling with a Japanese person or someone else who’s studying the language, but you can also practice by yourself. This is mostly for practice and reinforcement but there are always opportunities to learn new words if you’re playing with someone with same-level or higher language skills.

Number of people: Two or more.

Rules: One person sees—ahem, spies—something and gives the first letter. The other person (or people) have to try and guess what they’re spying.

In Japanese: There are two ways you can play this game in Japanese. You can stick to the original style and only give the first letter (when romanized), for example, 空 (そら – sky) would begin with “S.” Alternatively, you can use the first Japanese character of the word when written in kana. Hence, 空 would be said to begin with そ.

Number of people: Ideally two, but more can join in.

Rules: One person thinks of something (it can be anything—countries, everyday items, abstract nouns, etc.). The others must ask questions to narrow down what the answer might be. Usually they have to guess within 20 questions, but the game can go on longer.

In Japanese: This game gives you the opportunity to learn new words as well as practicing asking and answering questions. Useful vocabulary for this game includes:

Number of people: Two or more (you can also practice this game alone).

Rules: When you see other cars’ license plates, try to think of words or phrases using the letters of the license plate. The more ridiculous the phrase becomes, the funnier it gets. This can be a fun game to play, especially if there’s a lot of traffic. Depending on your country of residence and the styles of car license plates, this may or may not be playable.

In Japanese: As an example, you might see a license plate with the letters T, G and B. In English, you might say something like “Tickle Gorilla Butt.” In Japanese, you could either come up with a full phrase if you can, or for Japanese practice simply find a word for each letter. With T, G and B, you could have 津波 (つなみ – tsunami), ゴリラ (ごりら – gorilla), 爆弾 (ばくだん – bomb) or 手伝う (てつだう – to help), ガラス (がらす – glass), ボール (ぼーる – ball) and so on.

Number of people: Two or more (the more the better).

Rules: Each person chooses a common chain restaurant, such as Taco Bell, Burger King or McDonald’s if you’re in the USA. Set a time limit (20 minutes is usually good) and count how many of your restaurants you see on your trip. Whoever finds the most wins.

Try to name one item that you could order from each restaurant, and you’ll get tons of food vocabulary practice.

10. The Name Game (aka: しりとり — literally means “taking the buttocks”)

Number of people: Two or more

Rules: One person says a word, and the next person has to come up with a word beginning with the last letter of that word. In Japanese, you’d use the kana characters that make up the word. Here’s an example:

A player who plays a word ending in ん loses the game, as no Japanese word begins with ん. If you want to make the game a little more challenging, try incorporating rules such as “animals only.”

Being able to actually chat in Japanese shouldn’t be impossible while you’re in the car, even if you’re the one in the driver’s seat. Here are some ways to practice speaking Japanese and be on your way to fluency while on the road.

11. Travel with a Japanese native or a fellow learner

Suggest a road trip or carpool with someone from Japan or someone else who’s studying Japanese, so that you can use some of the driving time on speaking with them. Make sure you actually want to spend time with them too, of course!

If you’re in Japan and you commute by car, try carpooling with a friend, classmate or workmate.

13. Install a handsfree system or use Bluetooth

If it’s okay in your country, make this happen so you can Skype or call a Japanese friend while on the go. You can find a Japanese conversation partner starting here.

As you can see, commuting and driving time doesn’t have to be wasted time.

Practicing Japanese at every opportunity enhances your learning experience and allows you to learn not just in your free time, but also in the time you’re spending doing other things. With these tips, the hour a week (at least) you spend on the road can be added study or practice time.

Have fun out there!