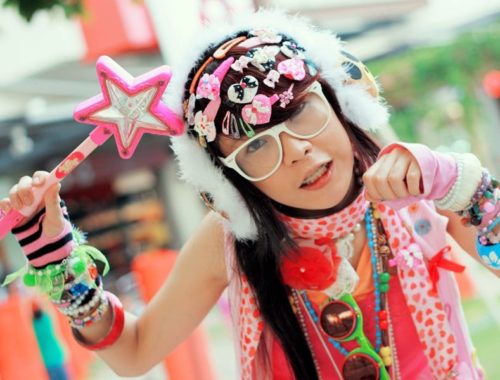 So Kawaii! 17 Cute Japanese Words That Are Fun to Say

Even some of our Western admirers have appropriated it.

Whether you’ve been learning Japanese for years or just have a curious interest in learning the language, you’ve probably heard the Japanese word 可愛い before.

可愛い is just a general term for cuteness in Japan, but cuteness is a major part of Japanese culture.

So much so that Japan’s personal brand of cute is recognizable all over the world. From different fashion subcultures through the years to youth humor to cultural behavior to media to music, Japan is a place really into the idea of cuteness being a part of everything.

But why? And why should the Japanese learner try learning some words from 可愛い culture?

Why Should I Learn Cute Japanese Words?

There must be a reason why cute culture is so important to Japan when compared to, say, American culture.

Unfortunately, the origins of cute culture are hard to pinpoint.

Historically, it is believed that cute culture emerged in Japan around the seventies or so. The rise of stylish penmanship for young girls in conjunction with the appearance of a new character known as Hello Kitty seems to be the start of it all. Teen girls consumed a lot of merchandise that involved cute imagery and it all sort of evolved into a massive part of Japanese culture today among young, old, male and female.

So, why should the Japanese learner learn a few cute words? Kawaii culture is still very prevalent in youth culture in Japan today. If you plan on traveling, it would be wise to brush up on some of these cute words—and the general vibe of cute culture.

Many of the words on our cute Japanese words list below may seem cute or childish to a foreigner, but they’re also used pretty often in everyday language and conversations. This means they’re also very useful to learn for getting around Japan.

Plus, many of these words are used in anime and manga, so it would be helpful for the aspiring 漫画家 (まんがか) — “mangaka” or “cartoonist” to know them.

Some of the words on this list just sound cute in Japanese, while others have a pretty cute meaning. Check out these adorable Japanese words!

The best way to learn the words below is by hearing them used, and the best source of authentic videos and immersive content is FluentU! 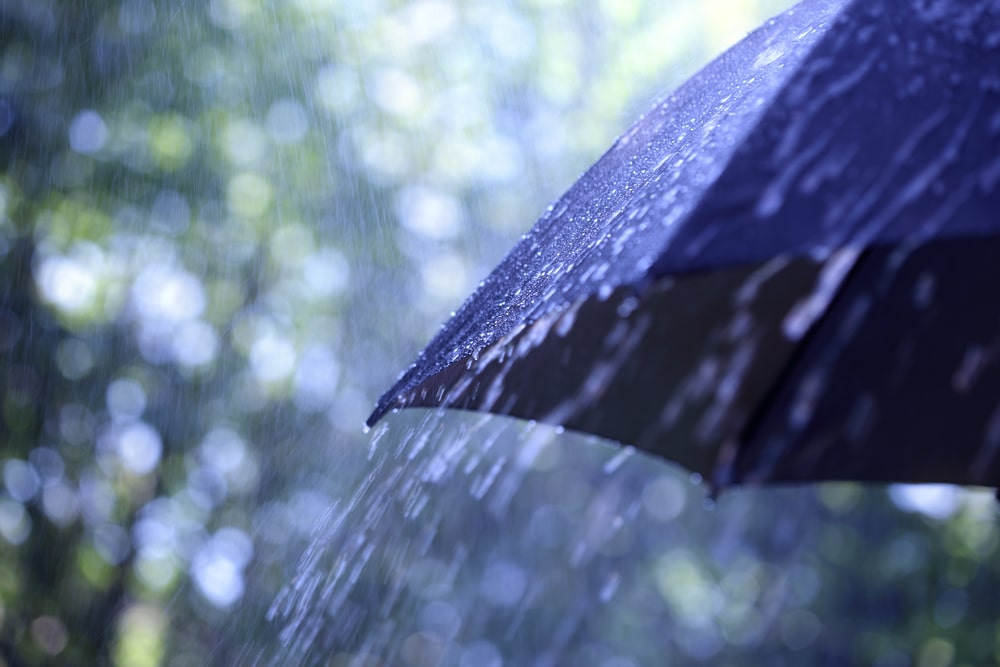 The Japanese language has quite a few expressions for rain. It’s beautiful when you think about it.

One of the things that got this writer personally interested in learning the Japanese language was because it has so many words for things that we don’t exactly have in English.

The literal translation is “torrential rain” which isn’t the cutest thing on the planet. Who else finds mudslides and weather disasters just adorable? The cute aspect of this word comes from how it sounds.

集中豪雨 is pronounced “shū chū gōu” or just a drawn-out “shū.” When you think about it, “shū” kind of sounds like rain falling from the sky. A very cute word indeed. 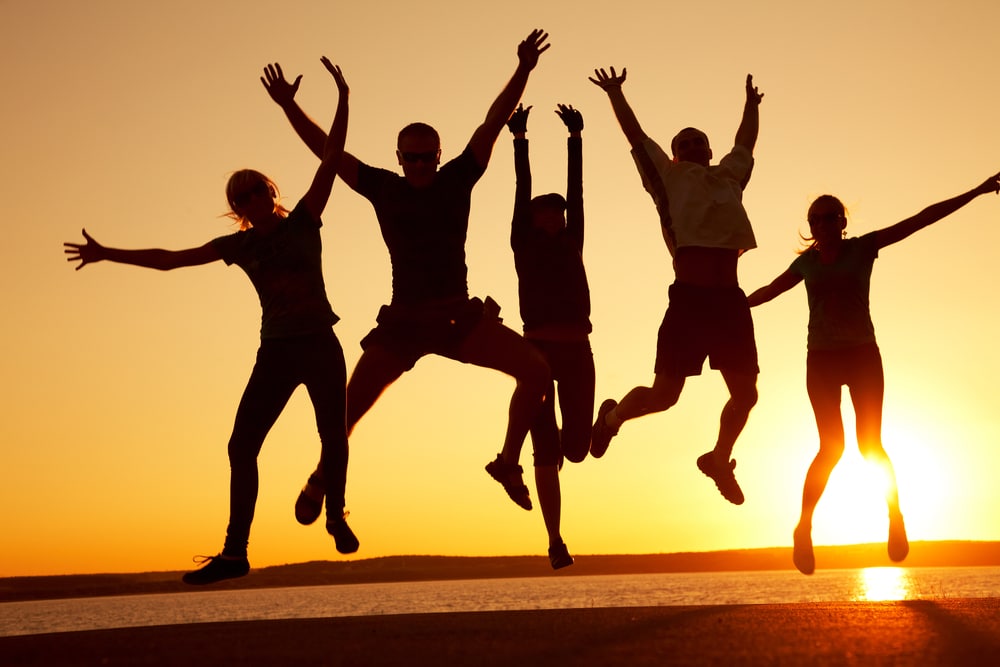 This is another cute word with merit found in how it sounds when spoken: “Doki doki.”

It’s more of an expression of excitement than a term for excitement.

Even the katakana for this word is kind of cute-looking, almost resembling two tiny people jumping up and down in excitement. The term is used in anime pretty often as well. 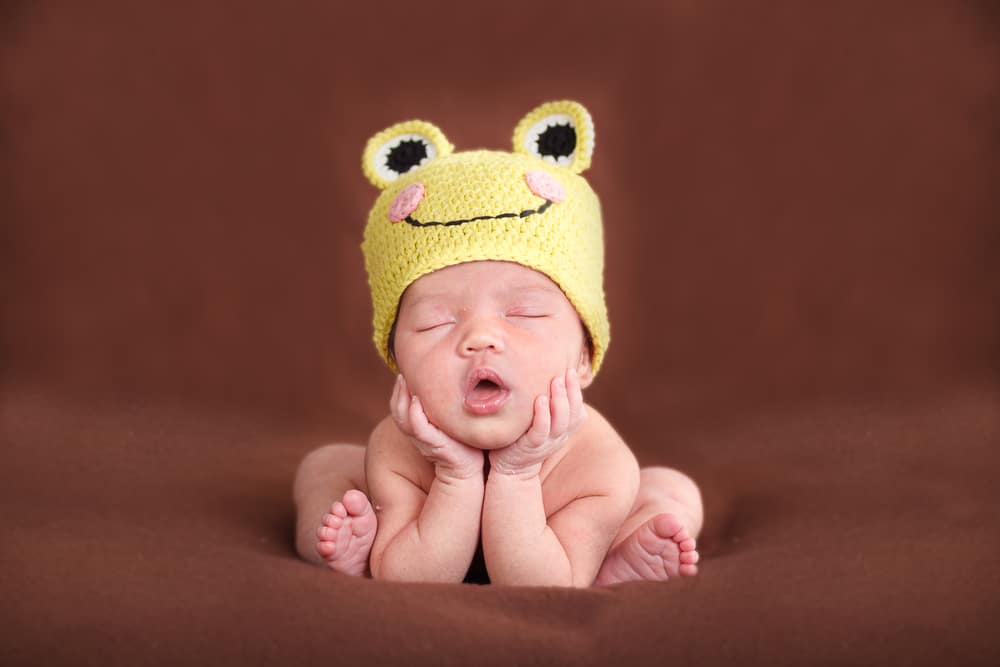 The word originated from the phrase  顔映し (かお うつし) — “glowing face” which is used to describe someone who’s blushing from embarrassment.

The term “painful bag” sounds a bit rough. However, 痛バッグ is actually a pretty cute trend in Japan right now!

痛バッグare really cute backpacks that feature a front PVC window which allow the wearers to showcase their favorite miniature collectable items. The items include pins, stickers, plushies, mobile phone charms, badges and whatever else the owner can shove into that window. Usually, the collectible items have a theme such as an anime or video game character.

The description “painful bag” comes from the idea that some wearers pack their “ita” bags so full of collectibles that it can be too busy or “painful” to look at. Some owners go the extra mile to blind passersby, such as going to DIY lengths to install LED lighting in their bags. 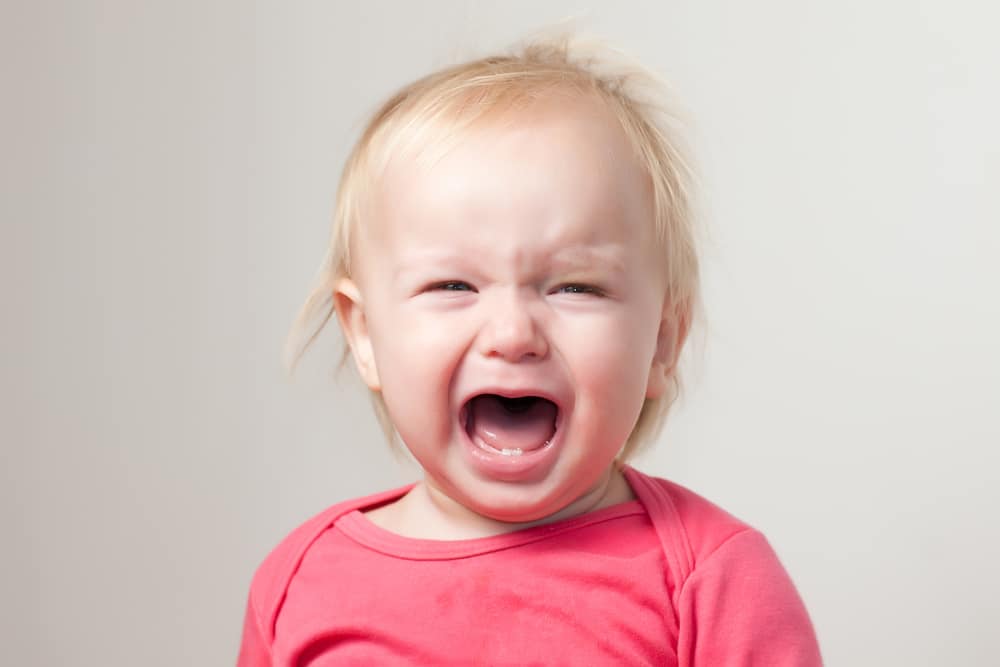 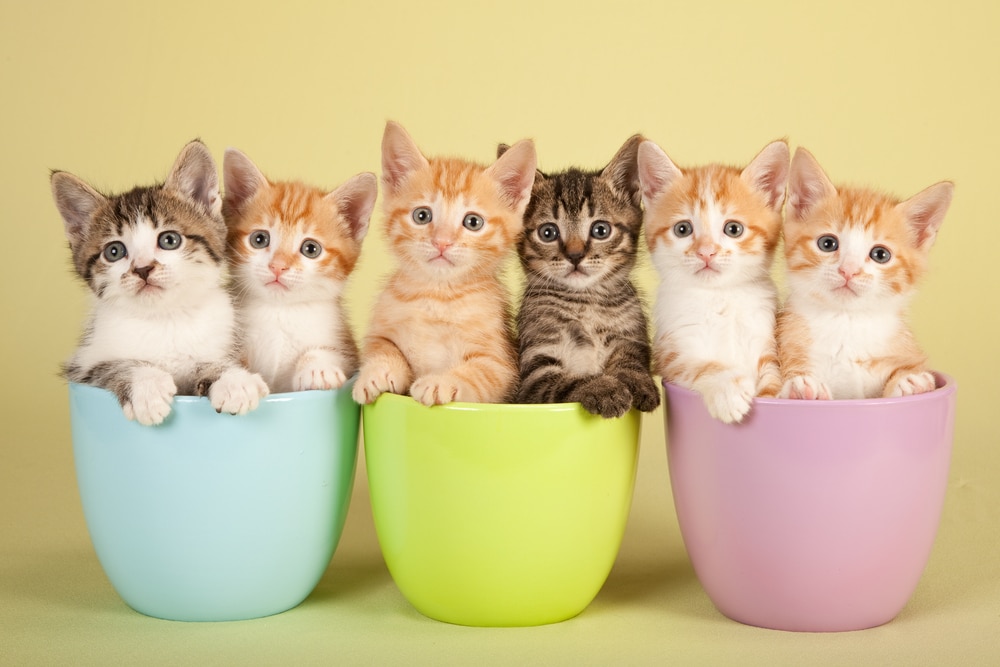 What is cuter than kittens? Nothing!

子猫 or “koneko” is a derivative of the well-known Japanese word 猫 (ねこ) — cat or “neko.” 子 essentially just means “child” or “child version.” Honestly, the child version of anything is automatically cute. 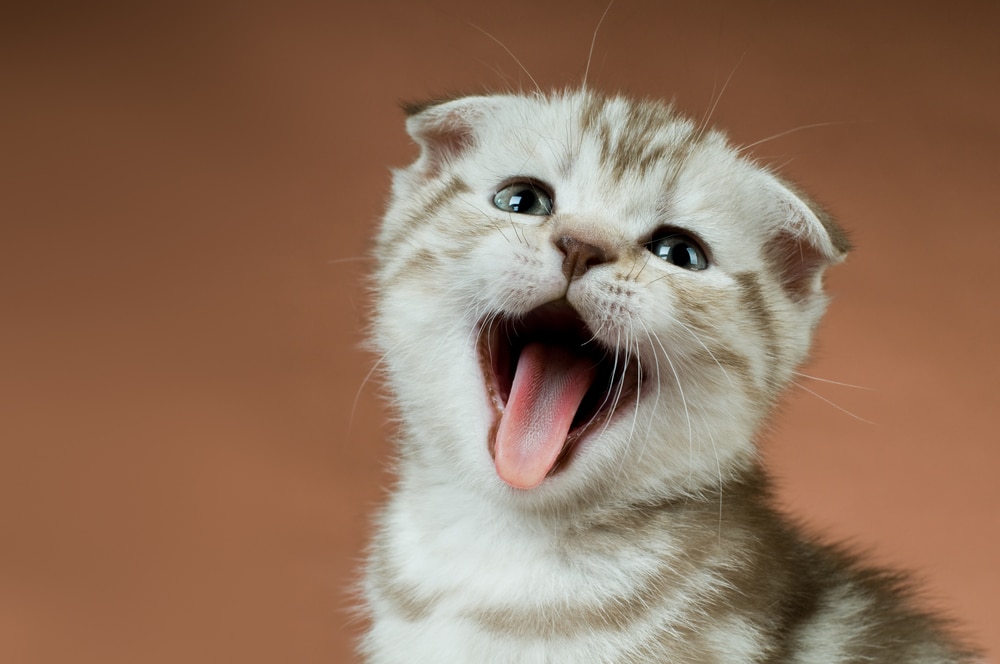 Again, there’s nothing much cuter than kittens. Even the sound they make is cute!

If you’ve watched anime or read manga, chances are you’re aware of the Japanese expression of “meow” which sounds more like “nya” or “nyan.” 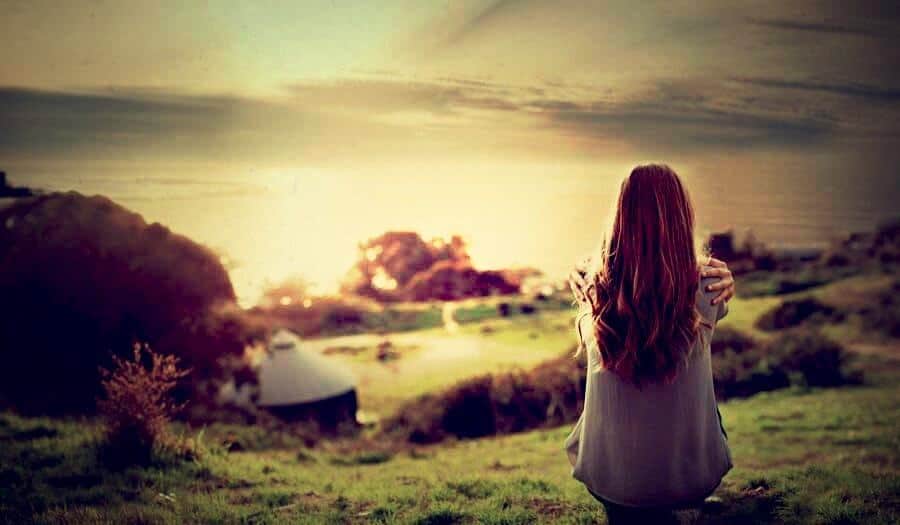 This phrase is just heartwarming in addition to being cute.

愛郷 translates literally to “love town” but is commonly used to describe the unique fondness and homesickness one might feel about the place they grew up in. Another great Japanese word that English-speakers could use in our own language! 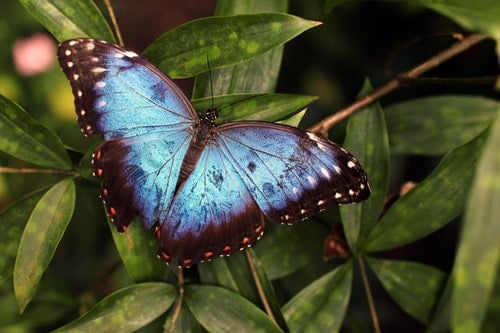 Butterflies are quite cute, but the Japanese word for “butterfly” is even cuter.

蝶蝶 is pronounced “chō chō” or just “chō” for short. 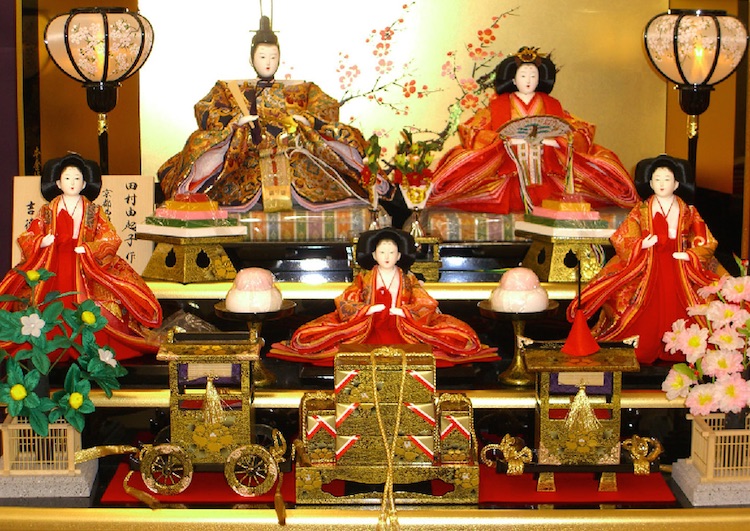 This term is closely related to a word English speakers throw around: “aesthetics.”

However, there’s more of a cutesy connotation to 美学, pronounced “bigaku,” that describes a love of cute, admirable, pleasant and visually-satisfying things. The term could be used by 原宿 (はらじゅく) — Harajuku fashion aficionados when describing young people who love to dress up in that specific iconic style. 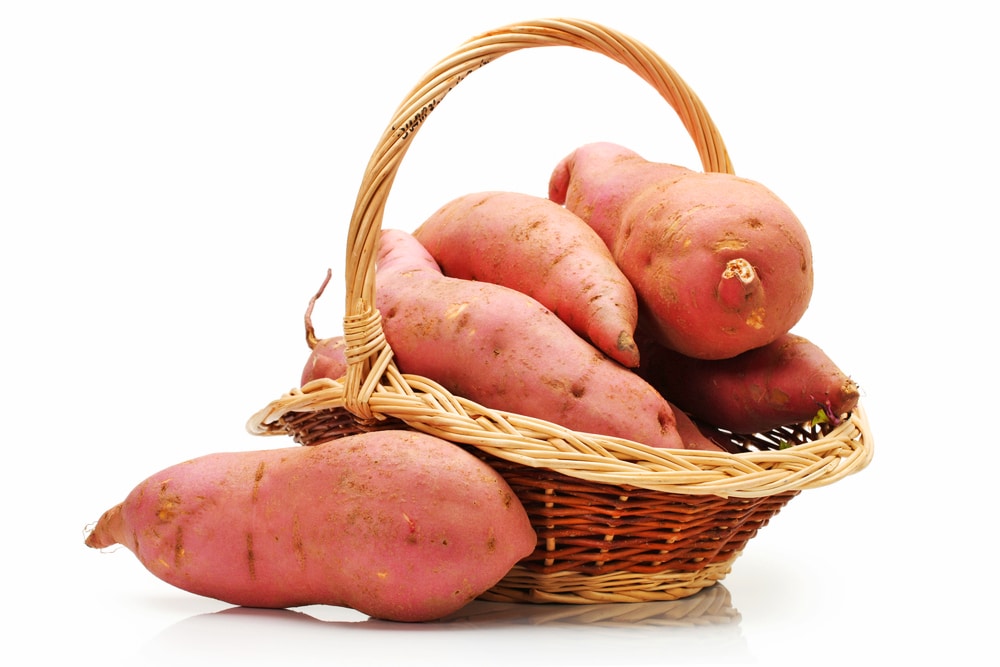 Even though sweet potatoes look pretty lumpy and brown, the word for “sweet potato” in Japanese is pretty cute. “Satsumaimo” just kind of rolls off the tongue.

薩摩芋 could be a pretty cute pet name to give your Japanese significant other as well. 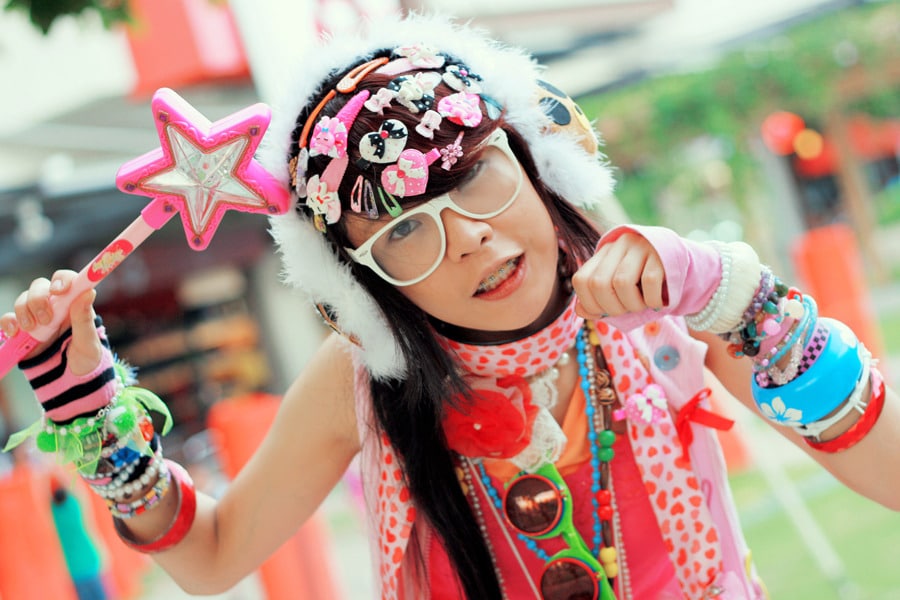 The word “decora” is somewhat of a loanword from English, literally meaning “decor” or “decoration.” The subculture of fashion that this term is used for definitely takes the decoration factor to the next level.

Popularized in the late nineties, Decora is a Harajuku-based fashion subculture that peaked in the early 2000s but still has some presence today. A typical Decora look involves extremely bright colors, dozens of hair clips, bags, accessories, armwarmers, legwarmers, cutified dental masks and pretty much whatever other cute little accessories the wearer could incorporate into their outfit. 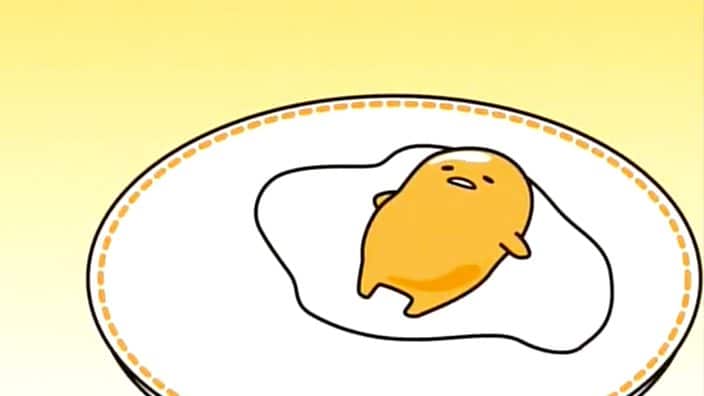 Don’t think eggs are cute? Maybe you should check out ぐでたま, Gudetama, the lazy melancholy egg that we can all relate to. The verbal expression of 卵 is “tamago,” like “Tamagotchi,” which is just fun to say. 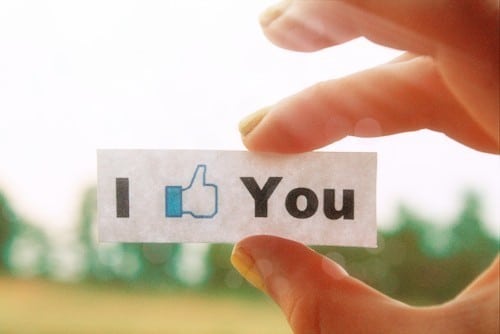 What’s not cute about confessing your affection for someone or being on the receiving end? This term is a good one to remember if you’re thinking about revealing your feelings for someone. 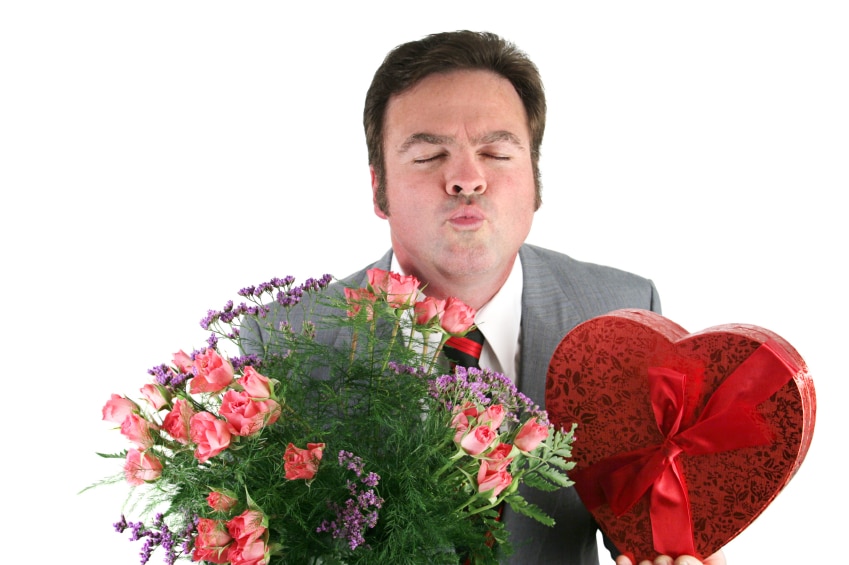 It’s very cute to ask your partner for a kiss. キスして or “kisushite” is the perfect phrase to use while having a cute date with the one you love.

Note: Don’t throw this around with anyone other than your partner. It’d be creepy in English too. 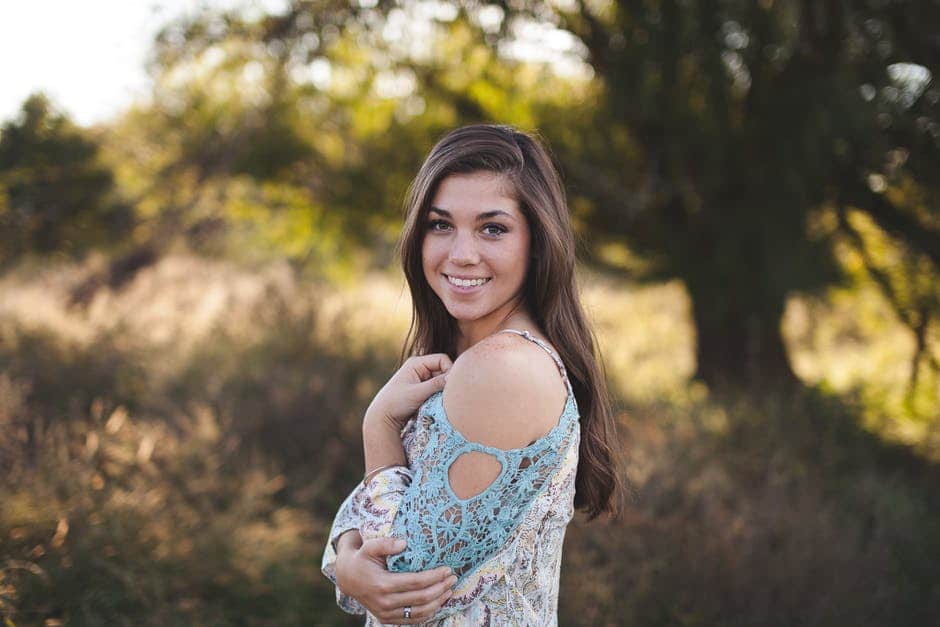 You would use 綺麗 or “kirei” when your partner or a friend shows up in a new outfit. It’s a very sweet compliment and it also just sounds cute when said. 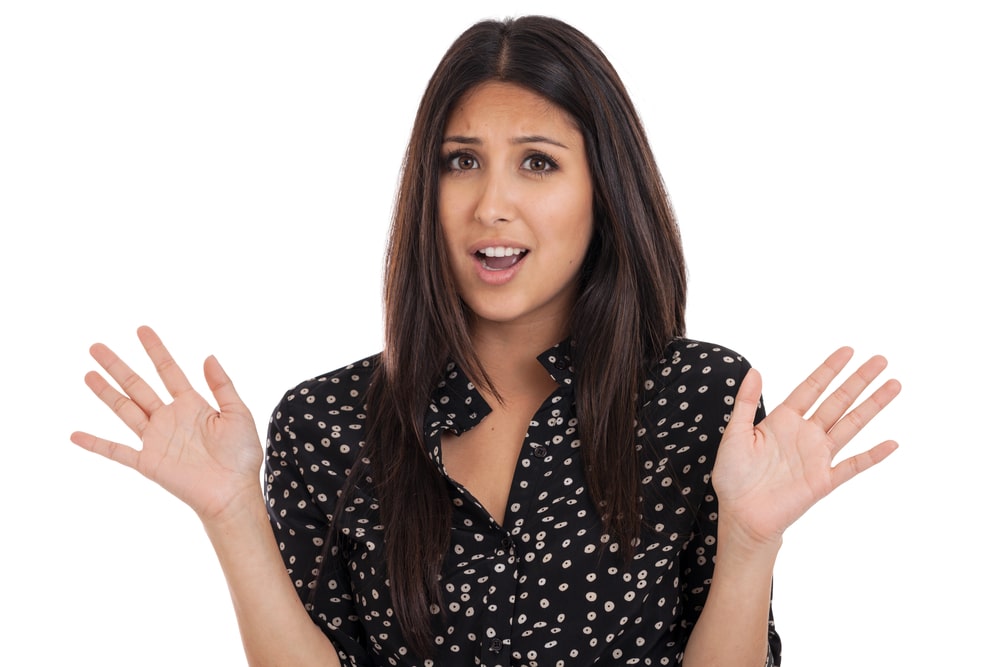 まさか！ is pronounced “Masaka!” and is usually used when speaking with friends. It’s not the kind of phrase you would use in the office or on the train, but is better reserved for a lively conversation with a loved one.

Could these cute Japanese words be any, well, cuter?

There are many more cute-sounding words in Japanese than what we’ve listed here, but we think this list has some pretty useful ones.

Try memorizing a few and using them regularly to sound like a real fluent Japanese person.

The Smart Saver’s Guide to Learning Japanese with MOOCs
Japanese Greetings: 21 for Engaging with Natives on the Fly