Saying “I love you” in Japanese isn’t as straightforward as in English.

Some phrases will score you a flattered Japanese 彼女 (かのじょ, girlfriend), while others should be reserved strictly for marriage.

In this blog post, you’ll learn 11 ways to say “I love you” in Japanese for every scenario—whether you’re preparing to ask your Japanese crush out for the first time or about to get down on one knee.

Hiragana: だいすき
English: I love you

Here we have the most common way of saying “I love you” or “I really like you” in Japanese.

You can also use this expression to talk about the objects you love, whether it’s food, games, sports, art, music, etc.

Simply precede this phrase with the subject of your love.

Note: が (ga) or は (wa) may be used between 焼き鳥 and 大好き as a particle or subject indicator. But in colloquial speech, Japanese particles are often dropped.

This phrase is used to confess a crush on someone for the first time. So when you’re ready to ask someone out, use 好きだ.

The wording isn’t that intense, making it especially useful if you’re nervous or shy.

If you’re a male, you can add よ at the end to make the phrase sound more lighthearted and masculine.

However, women typically don’t include the だ. So if you want to sound more feminine, say 好きよ instead.

To non-native speakers, saying “I really like you” might sound like a love confession, but its meaning is closer to “I really enjoy being with you.”

Use this term when you’re interested in someone and would like to date them. It’s a low-key way to ask without scaring your crush away with big words like “love.” But also, a tad more serious than すき だ.

Note: Don’t say this to friends!

Even if we may say “I really like you” to platonic friends in the West, this isn’t the case in Japan.

This phrase comes from the fun Osakan Japanese dialect.

It’s the slang way to say 大好きだよ but with more of a goofy, fun-loving vibe. If you’re digging an Osakan person, use this term to tell them.

This is a playful way of asking someone if they like you.

The phrasing is more childlike and playful, and it can be perceived differently depending on the situation.

For example, it could be:

It’s best to use this phrase with someone you’re dating. More specifically, during that “honeymoon” phase of a relationship.

It would be strange if you said this to someone you’re not involved with seriously.

You may hear あなたに夢中です in Japanese dramas between two people who are desperate to confess their love to each other, but it isn’t that common in real life.

This more formal way of saying “I really like you” leans more toward love.

Including 私は and あなたが makes it sound more formal and “proper,” raising the level of intensity.

Because of its higher formality, this phrase isn’t appropriate until you’re seriously romantically involved with someone.

Hiragana: あいしてる
English: I love you

This a big one.

Only use this colloquial expression if you’re already seriously involved with someone or married to them.

And even then, don’t use it too often.

Use this phrase if you’ve had some difficulty in your relationship and want to let your partner know you’re still on their team.

Hiragana: あなたをあいしています
English: I love you

This term is rarely used in Japan, and it almost sounds like a “final” goodbye because of the wording.

This is the ultimate one.

Naturally, only ever use this phrase when you’re proposing to someone.

Note that proposing in Japan is no different than proposing in America. Get a ring, some flowers and get on that knee!

Saying “I Love You” in Japanese Culture

Before you start proclaiming your love left and right, it’s important to understand certain cultural norms in Japan regarding love and expressing affection.

In the West—especially the United States—it’s very easy to throw the term “I love you” or “I like you” every which way.

We tell our friends, romantic partners, pets and family members we love them.

This is a little different in Japan.

Many married couples will probably tell you that they’ve never been told “I love you” by their partner.

This isn’t to say Japanese people are cold and unloving.

Quite the contrary: Japanese couples merely use the “show, don’t tell” rule.

Married or dating couples in Japan opt to show their partners love through acts of service and loyalty rather than just telling them.

However, you’ll find that younger Japanese people say “I love you” more often than married couples.

And in general, it’s rare to use such an expression among friends and family.

Because saying “I love you” in Japanese is so contextual and deeply rooted in culture, it will come more naturally to you by immersing yourself in it. 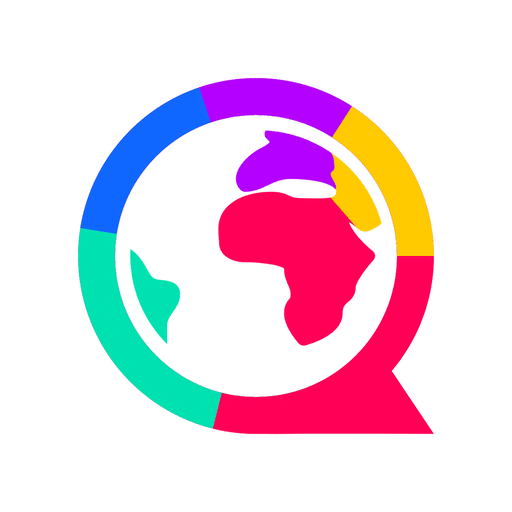 Of course, you can do this by booking a trip to Japan. But thanks to technology, it’s now more than possible to experience Japanese culture from home, whether through language exchanges with Japanese friends or online language learning immersion programs like FluentU.

On FluentU, you can watch over 1,500 authentic Japanese videos turned into comprehensive language lessons.

The interactive subtitles feature lets you hover over words, phrases and structures you don’t understand, and clicking on them instantly shows a definition, example sentences and audio pronunciation. 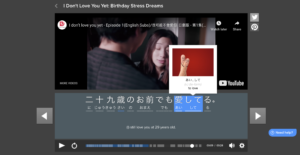 If there’s a word you’ve learned outside of watching videos on FluentU (such as the “I love you” phrases on this list), you can also use the video-based dictionary to look it up. Then, you’ll find a curated selection of clips that use it in context.

Love might be rare to express, but knowing how to say “I love you” in Japanese is bound to come in handy—whether when meeting your soulmate in Tokyo or binge-watching your favorite Japanese drama.