Just because you’re ready to unwind with a movie from a long day doesn’t mean that your German skill development has to be put on hold.

What follows includes not only tips to get the most out of films and bolster your German, but also five great sites to watch German films with must-see cinematic selections to be found on each one.

Get the popcorn popping, put your feet up and get ready to improve your German.

Learning a new language takes time. Although reaching fluency doesn’t happen overnight, we still want to get there as quickly as possible. This means making the most of the effort we put into our German studies.

With this in mind, here are seven key tips to ensure that you’re picking up the most German possible while still being entertained. 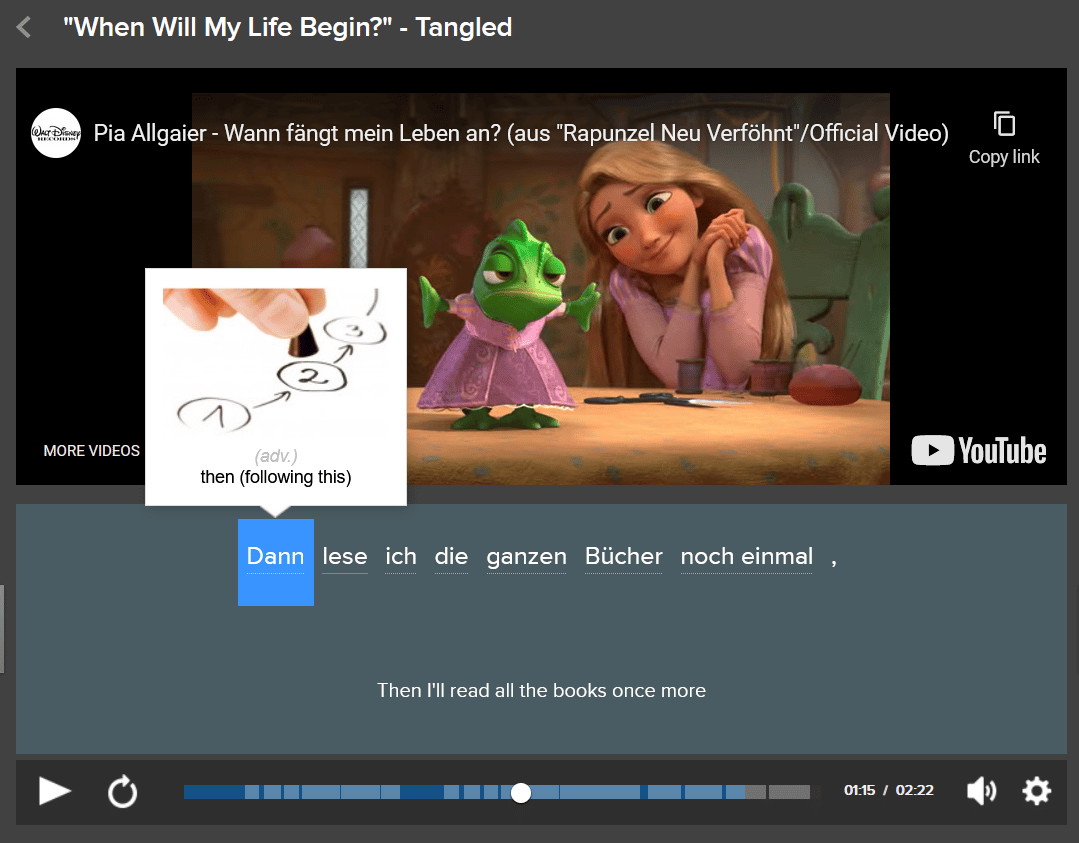 The program also lets you save words as flashcards, practice these saved words with personalized quizzes and see more examples of words in context throughout the program’s media library. Plus, you can take FluentU with you and study on the move with the iOS and Android apps.

What type of people would we be if we told you about all the advantages of watching German films online and then didn’t help you find them? To make sure you have access to thousands of German-language films, here are five great sites and some fun movies you can find on them.

Where would the online video revolution be without YouTube?

Must-See Movie: “The Tin Drum” (Volker Schlöndorff, 1979). This German classic about a boy who decides to never grow up won the Academy Award for Best Foreign Film in 1980, exploring themes of Nazi Germany and personal responsibility. This movie is intended for mature audiences, and uses a lot of black humor, so only click if that sounds appropriate for your age and personal tastes.

A German television channel, ZDF includes a wellspring of free German movies, both dubbed and in the original language, all free for the streaming. The site provides a list of movies that are new to the site, as well as those that have appeared on the channel in the past.

Must-See Movie: “Tod Einer Polizistin” (Matti Geschonneck, 2012). In the mood for a high-action thriller? Frank Keller escapes from prison after being sentenced 15 years ago. Inspector Bruno Theweleit must leave retirement to put Keller back in jail once again before he can do any more harm.

Both a television and radio channel, MDR also includes a free library of both films and television shows. The site is constantly updated as these films and programs are shown on German television, so you can keep up on the same films that are being shown to the native German audience.

Not only can you enjoy live streams of German television shows as they’re being played, but you’ll also be pleased to find that Das Erste offers a huge variety of German films.

This comedy follows Oliver Maibach, who spends all hours of the night in his family’s bakery, dedicated to making bread and rolls…until the lovely Gretta walks in one day and causes him to doubt his future.

Must-See Movie: “A Coffee in Berlin” (Jan Ole Gerster, 2012). Shot in black and white, this movie garnered a lot of critical attention within Germany after it was released. Niko, a college drop-out in his twenties, must suddenly redirect his life in order to find personal meaning.

Who thought learning German could be so relaxing?

Why let a weekend stay-home night go by idle without using it to improve your language skills?

With access to thousands of movies in German—and some great insight into how to make the most of watching them—you’ll be able to speed up your progress without adding any additional stress to your life.