Watching German movies will expose you to authentic German language, culture and history and train your ear to use vocabulary the way native speakers really do.

All while entertaining you!

In this post, I’ll show you where you can watch these German movies (with English subtitles or with German subtitles as the case may be).

What Role Do Subtitles Play in German Movie Learning?

Watching German movies with English subtitles might seem like a logical way for you to learn the language. In fact, many early beginner learners can start picking up German vocabulary this way—studies have indicated that vocabulary acquisition from movies is just as strong with native-language subtitles as with foreign subtitles.

So if you don’t have a big stockpile of German words yet, this can be a helpful tool to get acquainted with German and learn new vocabulary in natural contexts.

Once you get more advanced, though, it’s actually more effective to watch German films with subtitles in German. That way, you can get a sense for how unfamiliar words are spelled and pronounced. (We German learners can be thankful that the German language has a perfect 1:1 relationship between spelling and pronunciation, which makes learning German much easier than French or Chinese.)

After watching your first German movie with German subtitles, you’ll probably even find yourself more comfortable with that tricky German word order. Turning off the subtitles entirely is the next step, and a challenge for your listening comprehension.

Repetition is the mother of skill. After you’ve watched it once, try watching the film as many times as you can stand to do so. After you already know all of the words, there’s nothing more rewarding than when you’re able to first understand a complicated German scene without needing to rewind or look at the subtitles.

One of the most effective ways to learn German from subtitled videos is using FluentU.

Just hover over any word while you’re watching and FluentU will automatically provide an in-context definition with examples and pictures—and will even point you to other videos that use the word. Plus, there are professionally translated English captions that you can toggle on or off.

Fun, adaptive exercises let you practice what you’re learning, ensuring that you truly understand all your new vocabulary and grammar.

You can add words to custom vocabulary lists, and then review them with a comprehensive quiz that uses video clips to teach you.  Check it out with the free trial, and experience superpowered German learning with subtitles!

The building of the Berlin Wall resulted in a lot of absurdities, from the need to supply West Berlin by air for a year to bypass the Soviet blockade to destroying a church on Bernauer Straße because it got in the way of the wall. The wall also cut across the street Sonnenallee so that the addresses 1-412 were located in West Berlin and that addresses 412-450 were in the East.

Micha, who grows up on the Sonnenallee, almost literally in the shadow of the Berlin Wall (der goldene Westen liegt nur ein Steinwurf entfernt), loves Western music and dreams of someday being a musician. He and his friends find that the normal process of growing up, chasing girls and going to college is interfered with at almost every turn by living in the DDR, meaning FDJ conventions, random ID inspections, military service and smuggling.

Thomas Brussig, who wrote this film, is often accused of falling victim to Ostalgie (a combination of the words for East and Nostalgia). The film seems to whitewash life in the DDR, which was a police state in which one-fifth of the population worked as informants for the secret police, reporting on their parents, neighbors and coworkers whenever they might say something against the government.

The secret police, or Stasi (Ministerium für Staatssicherheit) kept files on almost every single citizen of East Germany, and after reunification many East Germans chose to destroy the files on them rather than find out which of their friends had been informing on them.

If you like this film, you might also want to read the book, “am kürzeren Ende der Sonnenallee,” which was actually written after the film script and develops the characters a bit more in-depth. The language isn’t too difficult and it’s funny enough to keep you going. 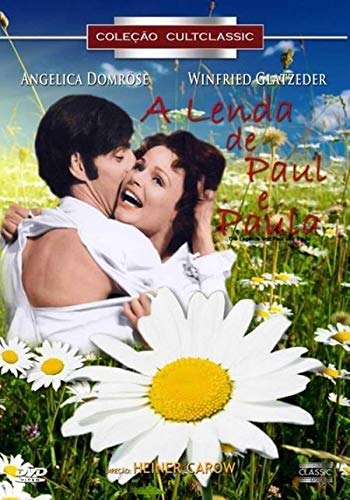 In a rare personal interview about her early life in the DDR, Angela Merkel said that “Die Legende von Paul und Paula” was her favorite movie. To this day, it is the most successful film ever produced in East Germany. It’s the story of an unhappily married man who finds the love of his life, but tries to keep up appearances with his marriage so as not to interfere with his career as a bureaucrat.

Look for the bizarre, hallucinogenic boat scene and music by die Puhdys, an East German rock Band whose music can also be found in “Sonnenallee.” I’ve always liked the bizarre refrain of their most popular song:

Go to her and let your dragon rise
Go to her, because you don’t live on just moss!

Rent it on Amazon, or you might be able to borrow it on Kanopy for free via your local library. 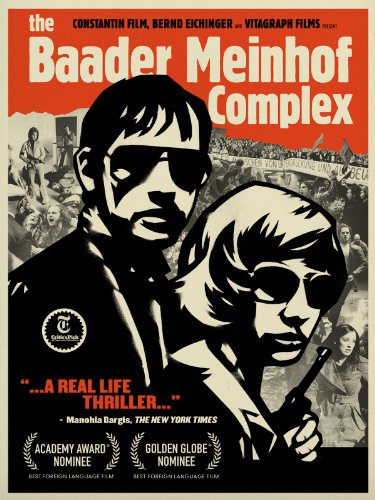 Meanwhile, in West Germany, the Studentbewegung (student movement) seemed like they were ready to tear the country apart. Disgusted by both the Vietnam War, a new consumerism and the previous generation’s inability to really honestly deal with their Nazi past, the new generation of Germans found themselves caught up in the same mass counterculture movement going on in the U.S. and other countries.

The avant-garde of this movement, the Baader Meinhof Komplex, was the unlikely pairing of a highly respected progressive journalist and a criminal who justified his asocial behavior with idealism. Despite seeming disreputable, there was something about Andreas Baader that was similar to Steve Jobs’ “reality distortion field”—he didn’t have a hard time convincing people to do things they never would have thought themselves capable of, like resisting the police or abandoning their children.

Together, Ulrike Meinhof and Andreas Baader decide that the only logical way to protest the way that Western society was progressing, was with acts of vandalism and terrorism that struck fear into the hearts of West Germans.

In addition to having shootouts with the police and training with the Palestinians, the group also believed that an important part of their armed counterculture was experimenting with drugs and free love—something that their Palestinian military trainers didn’t exactly agree with. 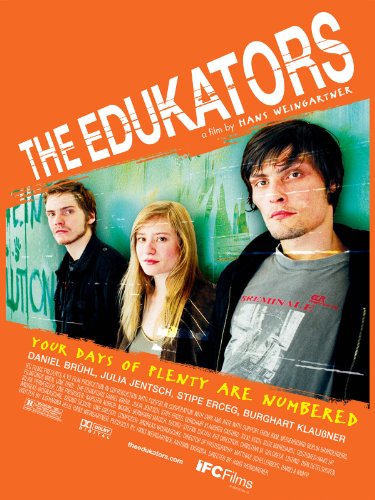 Jule has had enough of capitalism. She accidentally destroyed a 100,000€ BMW and needs to slave away as a waitress for years to pay back the money to the owner.

When she finds out what her boyfriend Peter does when he sneaks out during the night, Jule is intrigued. Peter and his friend Jan break into the houses of rich people and rearrange all the furniture, without stealing anything, leaving only an ominous letter: “Die Fette Jahren sind Vorbei” (“Your days of plenty are over”).

When one of their victims comes home early, the trio find themselves on the run with a hostage, who they find is anything but the blind capitalist they expected him to be. 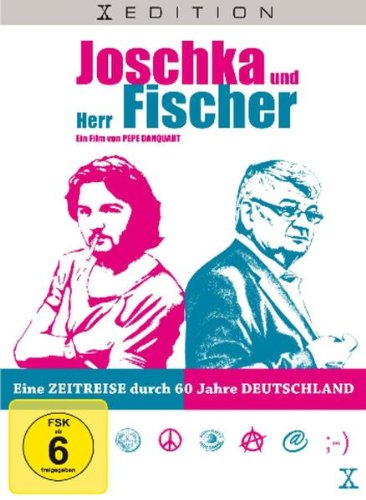 If you were interested in the cultural changes in Germany that are shown in “Der Baader Meinhof Komplex,” you might also like the movie “Joschka und Herr Fischer.” Joschka Fischer was a pivotal figure in the German Green Party, and was even called die Liebling der Deutschen.

This movie (which is admittedly an indulgent biopic by Fischer about Fischer) shows the unlikely career of a man who made it all the way to the top. The son of Hungarian emigrants to Germany, Fischer worked as a taxi driver in Frankfurt and took part in environmental protests during which he admitted to throwing rocks at the police. Over time, his political party went from being a group of weirdos to a member of the red-green coalition that named Fischer Germany’s foreign minister.

Fischer’s career was full of funny and dramatic moments. When Fischer was first made a cabinet member in the regional government of Hessen, he didn’t own any formal shoes to wear and was given his nickname Turnschuhe-Minister (tennis shoe minister). When Fischer supported military intervention during the Balkan crisis, the radical pacifist members of his party threw a water balloon filled with red paint at him during his speech.

Watching these incredible German movies is sure to produce notable improvement in your language skills, while your historical and cultural knowledge will benefit too. Be sure to try German movies with English subtitles and especially German subtitles to boost that word knowledge. And once you’ve watched all five and start itching for more, here are 10 more great movies to learn German.

Rebecca Thering is a writer, editor, and English teacher who has lived abroad in Spain, South Korea, and France. Valuing education and things that aren’t things, she blogs about experiences abroad, self-improvement pursuits, and humanistic ideas at Rebe With a Clause.