13 of the Most Entertaining Cartoons to Learn German

Did you used to spend hours in front of Nickelodeon or Cartoon Network?

Well, it might be time to relive the good ol’ days and brings cartoons back to your weekend routine—this time in German!

In this post you’ll find 13 of the best cartoons that will help you learn German! 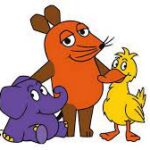 Most native speakers you meet will be familiar with this adorable German cartoon mouse!

“Die Sendung mit der Maus” is one of the cutest cartoons you’ll ever find and it’s one of the country’s most successful TV shows ever.

The show aims to educate very young children about everyday things in a very straightforward and matter-of-fact way. This makes it a great option for any learner. 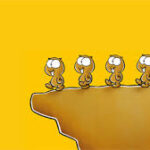 “Nichtlustig” is aimed at an older audience and, with that in mind, it’s better for those who have an intermediate to advanced level of German. The cartoon is the brainchild of Joscha Sauer and is comprised of various animated sketches.

This adult cartoon has really clear dialogue but does use some complicated vocabulary. It’s a great choice for someone who maybe wants something a bit more mature than a children’s cartoon and has a good understanding of German. 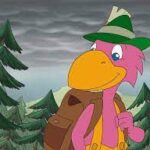 “Albert Says Nature Knows Best” is a German science cartoon that shares insight into a host of topics associated with nature and the environment as a whole such as climate change, fossil fuel and nuclear energy.

There is also a spin-off series called “Albert auf Entdeckungstour” (“Albert Asks What Is Life?”) that is worth watching too.

Since Albert covers such a wide range of topics, this cartoon will introduce you to a great expanse of vocabulary. The show is entertaining and suitable for any level. 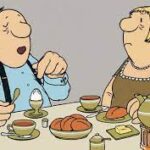 Vicco von Bülow was a comedian, film director, actor and writer, but he was also a very talented cartoonist. Bülow worked under the pseudonym Loriot and this was also the name he gave to his series of cartoons and sketches.

“Loriot” is another excellent choice for beginners as the dialogue is often fairly slow-paced and focused around everyday life—no specialized vocabulary is required to understand!

If you’re a German beginner and would rather watch something a bit more refined than “Die Sendung mit der Maus,” this 70s cartoon series offers a sophisticated style of humor without being overly dry. 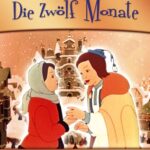 Now, thanks to the wonders of the Internet, there are German versions with added English subtitles!

I recommend “Zwölf Monate” for intermediate German learners. The language isn’t particularly difficult but, due to the age of many of the versions, the audio itself can sound a tiny bit muffled.

There are also a couple of archaic terms used throughout, but if you should still be able to enjoy the movie even if you don’t understand these the first time around. 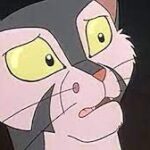 Another cartoon for an older audience, “Felidae” is a neo-noir thriller about a crime fighting cat. This cartoon is perfect for competent German speakers, as this feature-length animated film is aimed solely at adults, so you can expect a sophisticated level of German to be used throughout.

The dialogue is spoken at a regular pace. If you can understand this cartoon without any difficulty then you know you’re well on your way to perfecting your German listening! 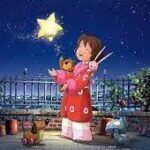 A German original, this series is based on a book by author Klaus Baumgart. The series tells the story of Laura, who finds an injured star, nurses it back to health and then embarks on many an adventure with her new friend.

In most episodes, Laura is confronted with a problem and searches out a solution. Dialogue is clean and accent free, making for easy listening comprehension. 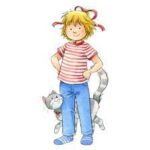 This German children’s cartoon is about Conni, the seven-year-old protagonist that was developed from a successful book series. It follows Conni as she navigates the world, learning and discovering new things around her.

As this series is meant for young children, learners will gain a lot when it comes to basic vocabulary and sentence structure. The episodes are short but full of useful dialogue sure to help you pick up a few new things. 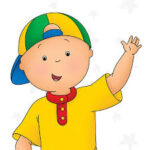 This Canadian cartoon series follows the adventures of a young boy named Calliou as he navigates the world. While this cartoon was originally written for a French Canadian audience, it has taken the English world by storm and has also been translated into German.

Caillou typically covers topics like learning to tie shoes, discovering nature with his Opa and learning about foreign customs and traditions. The show is meant for children, so it’s a great cartoon to use for focusing on beginner level vocabulary. 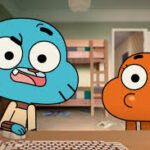 “The Amazing World of Gumball” is a British/American collaboration featuring a 12-year old cat named Gumball and his goldfish brother Darwin—characters who can’t help but find themselves involved in a series of humorous situations.

While the premise is often silly and later a bit dark with the introduction of “the Void” (a place where the universe’s mistakes reside), the vocabulary is one that advanced language learners can use on a day-to-day basis.

And since the dialogue is spoken relatively fast with an array of comic accents, this series makes for good practice for higher level listening training. 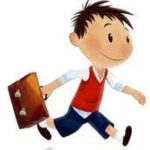 This series, developed from a children’s French book series, tells the story of a young mischievous boy named Nick. The series often takes place during the school day, where Nick navigates his way through one situational event after another.

This cartoon was originally in French but has since been translated to English and German. The language for this one is pretty simple, so even beginners should understand most of what is happening. You can also get the books in German if you want to practice your reading skills too! 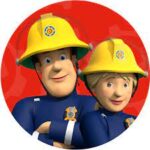 This series tells the story of Fireman Sam and his firefighter colleagues in the Welsh city of Pontypandy. In each episode, Sam and his colleagues are called upon to help local citizens in a series of life-threatening situations.

Because the series is heavy on dialogue, it helps viewers with conversational skills training. In addition, learners can absorb new vocabulary associated with emergency situations. And because of the clear imagery connected to the dialogue, this cartoon allows for easy pick-up of new words. 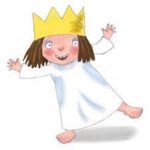 Originally British, this cartoon series tells the story of a little girl who lives in a castle with her parents. She—a tad bratty in nature—learns that she doesn’t always get what she wants.

This series is a good starting point for those that want to try watching without subtitles practice their listening skills.

The dialogue is relatively simplistic in nature, spoken at a slow pace. Also, the episodes typically last around 10 minutes, making for a quick watch for those in a time crunch.

Why Learn with German Cartoons?

How to Learn German with Cartoons

See? There are plenty of ways to keep your German learning journey interesting all while indulging in a bit of nostalgia!

Find a few cartoons that you enjoy and use them to improve your language skills all while having fun!