Whether they’re updated by native speakers online or crafted specifically for language learners, German dictionaries can keep you on top of learning new vocabulary and sounding like a local.

No matter whether you’ve just started, you’re only traveling through German-speaking countries or you’ve been living abroad for 20 years, you’ll find something new to learn in these German-only dictionaries.

German Dictionaries Made by and for Everyday German Speakers

Unlike traditional dictionaries, these three options aren’t produced by a big publisher or German language authority. They’re actually created by and for everyday German speakers. This gives you a direct connection to real native speakers—you’ll get to see lots of up-to-date slang and you’ll glimpse Germans’ perspective on their own language.

Just be careful to cross-reference across these sites when you encounter new words—since they’re user-generated, some entries might not be 100% accurate. 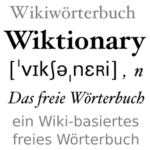 You know Wikipedia, but did you know there’s a Wiktionary? The concept is the same, in that contributors add content to the wiki and other users can edit content or comment as they think is necessary.

The German Wiktionary of course includes definitions for the words, but also has pronunciation with sound clips, conjugations and declinations, etymology information, sample sentences and other related words like antonyms, synonyms and compound words.

The Wiktionary also includes German sayings (e.g. “nur Bahnhof verstehen,” literally, “only understand train station,” but in English, “It’s all Greek to me.”)

Another plus-point for Wiktionary is that translations of a German word into various other languages is sometimes available at the bottom of the entry.

You can definitely fall down the Wiktionary rabbit hole and keep clicking through to learn more new words or find related information linked back to Wikipedia. If you use this Wiktionary, you’ll find everything you need to sound like a local, and you might even learn more than what a native German speaker knows about their own language. 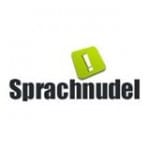 For English speakers or learners, Urban Dictionary can be a useful tool when picking up new slang and abbreviations. If you’re German or learning German, one Urban Dictionary equivalent is Sprachnudel.de.

Users can add terms and examples using those terms, as well as vote phrases up or down depending on what they think about them. There are also links to synonyms and related words, so there’s plenty of slang to learn.

If you’re not sure where to start, Sprachnudel.de has categories on their homepage that you can browse through. Dialects, abbreviations and words taken from English are some of them.

Whether you use Sprachnudel.de or MundMische.de (below), be aware that there may be slang words that aren’t necessarily used everywhere and also that there are many explicit words you might want to take care of using in certain situations. 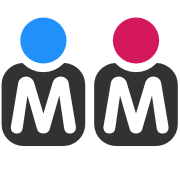 Another website dedicated solely to German slang is MundMische.de. This one has a handy icon displaying how popular a specific word or phrase is, making it easy to identify whether other people recognize it and use it. To give your colloquial vocabulary a workout, click the Zufallseintrag (randomizer) and you’ll be shown a random word or phrase.

This dictionary also produces monthly Wortcharts (word charts) and Sprichwortcharts (proverb charts). The former is a list of 20 popular words per month with meanings and the latter is a list of proverbs and phrases. 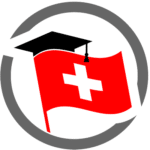 If you’re in Switzerland or just learning Schweizerdeutsch (Swiss German), you’ve probably realized that it’s somewhat different from the German spoken in Germany. It’s not just the accent, because the vocabulary and slang can be unique as well. Probably the most common example is the formal greeting of Grüezi! (Hello!) in Switzerland versus Hallo! (Hello!).

The Schweizerdeutsch Wörterbuch is perfect to learn all those differences in Swiss German, including pronunciation and new vocabulary.

One downside is that there’s no pronunciation available, either via sound clips or phonetics, so you’ll have to have some familiarity to know how words are actually said.

If you get hooked, this website also offers a paid online course specifically for learning Swiss German, as well as a blog that covers myriad related topics from recipes and food to Swiss media and sports. 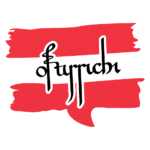 Contributors can add words to this dictionary, but like the Schweizerdeutsch Wörterbuch above, it’s missing the pronunciation in either a sound clip or phonetics. Therefore, if you’re trying to learn Austrian German without being familiar with pronunciation, it could be a little difficult.

On the upside, people can upvote entries if they’re familiar and also add the region in Austria where the words are used.

Despite the plethora of free, online resources available, sometimes it’s helpful to have a go-to, official dictionary. But as a student of German, you may not want to pick up a copy of a standard German dictionary since understanding definitions of words in German can be challenging. Instead, there’s a specific type of dictionary geared towards German learners—the Deutsch als Fremdsprache (German as a Foreign Language) dictionary.

Deutsch als Fremdsprache dictionaries are like your standard dictionary where you look up a word and there’s a pronunciation and a definition. However, while the dictionary itself is in German, the words used in the definitions are a lot simpler since it’s geared towards learners specifically. This means it keeps your brain in “German-mode” without being too complex to actually understand. 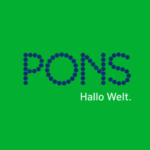 You can search through this free online dictionary just like any of the websites above, and take advantage of some helpful features. For example, you can hear a word’s pronunciation at the click of a button. Pons also includes examples of when and how to use the word, and these examples also have sound clips you can listen to for pronunciation.

With nouns, there are also related compound words. So with die Arbeit (work), you’ll also see “-sablauf, -sagentur, -salltag…” This means you could add Arbeit onto the beginning, and you would get Arbeitsablauf (work process/workflow), Arbeitsagentur (employment agency) and Arbeitsalltag (everyday work).

You can also easily switch between German-to-English and English-to-German if necessary. 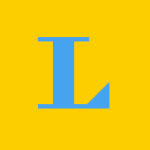 The “Langenscheidt Großwörterbuch Deutsch als Fremdsprache” (“Big Dictionary of German as a Foreign Language”) is an excellent resource with over 90,000 words available. Common Austrian and Swiss German words are included, despite it being focused on Hochdeutsch.

In addition to having just definitions of words, this German dictionary also has some word games like crossword puzzles and word searches in the back to make use of the knowledge you’ve gained.

The benefit of a comprehensive, physical German dictionary like this is that you get a lot of extra learning resources. For example, the appendix provides info German learners would find useful or intriguing—what can a resume look like in Germany? If the country is Guatemala, what’s someone from Guatemala called? (Guatemalteke for a Guatemalan man, Guatemaltekin for a Guatemalan woman and the adjective is guatemaltekisch.)

Lastly, there are also a few grammatical points mentioned for quick reference. 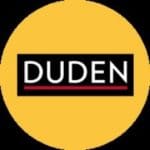 No blog post about German dictionaries is complete without mentioning “Duden.” “Duden” is the German equivalent of the “Oxford English Dictionary” or “Merriam-Webster Dictionary,” in that every native speaker knows about it. The “Duden” Deutsch als Fremdsprache dictionary defines 20,000 words and is geared towards learners at an upper-intermediate to advanced level.

Like the Langenscheidt dictionary, this one isn’t just a dictionary. It offers a lot of additional grammar and language information, including a part with maps and country names. There are also some pages devoted to correspondence, as well as numbers, measurements and times.

When it comes down to it, “Duden’s” reputation as the go-to resource for dictionaries speaks enough for itself.

Whether you’re looking for an online resource or an actual book to keep next to you, hopefully these eight resources can help you learn useful, everyday German.

Another type of resource that’s worth mentioning is language learning programs, which often have built-in dictionaries for learners to peruse. While these are rarely German-only, they can be an important tool to use as you study with the programs. For example, FluentU teaches with authentic German videos, and its built-in dictionary is contextual—which means the translations you see are specific to the way each word is being used in a video.

Now get out there and start speaking!

Just remember to make sure you’re using the right words in the right dialect where you are, and be careful of the slang you’re using.

Patricia Lee has been studying and working in Germany for over 10 years and has lived in Berlin, Cologne and Düsseldorf. She has also worked and lived in Shanghai, learning Chinese in the process.