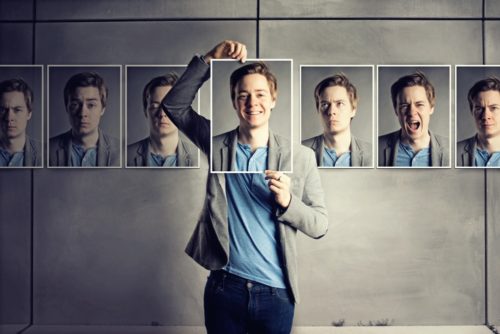 Common French Phrases Guaranteed to Help You Talk with Personality

Did he really just call me ma’am? And greet me with “good day”?

You’re caught completely off guard by all of this formal speak.

After all, you’re merely standing at the counter of the local gas station where you went (straight from the gym in sweats) to buy a quick snack before doing a little shopping for your best friend’s 23rd birthday.

Native English speakers would never use that language in this particular situation because the words are simply too formal. So let’s make sure you’ll never do the same when speaking French!

Just like in every language, French has both a formal and an informal way to speak. With your best friend, you use the latest l’argot (slang) and common phrases, but with your boss, you probably stick to words and phrases that preserve your professionalism.

So after you’ve mastered the basics of French conversation, it’s time to infuse some personality into your speech, move past “Comment allez-vous?” (How are you?) and start saying “Quoi de neuf?” (What’s up?).

There are many ways to add some native expressions into your speech, and as you continue to discover new ordinary French phrases and listen closely to the way native speakers talk, you’ll find yourself adding more and more personality to your speech.

Here are ways to differentiate the formal from the informal phrases that you can use every day, plus resources to guide you on your quest to speak French like a native.

The difference between “vous” and “tu“

Oftentimes, it’s the situation that determines how casual you can be with your speech. Are you speaking to an elder or a peer? If an elder, you’re probably holding a conversation using the “vous” form of you, which signifies respect and/or a group of people.

I’ve observed that the French are comfortable using “tu” if they find their speaker is equal to them, but it’s safe to always begin using “vous” with someone you don’t know and follow their lead.

Generally, use “vous” with:

Generally, use “tu” with:

For example, at a restaurant, it’s appropriate for the waiter to use “vous” with you, and you with him. However, when you meet someone at a friend’s birthday party and you’re around the same age, it’s highly likely they will immediately ask something like “Tu etudies quoi?” (What are you studying?), launching into an informal way of speaking since you are both peers.

How does using “vous” and “tu” affect the way you can speak?

If you are using “vous,” there are still many ways to add common phrases into your speech. For example, you can scratch the rather formal and rarely used “Comment allez-vous?” and replace it with “Comment ça va?,” a phrase that still means “How are you?,” but fits into the more colloquial French.

If you’re using “tu,” you are probably familiar enough with the person to ask “Ça roule?” or “Quoi de neuf?,” both of which translate loosely to “What’s going on,” “What’s up” or “How’s it going?” in English. The most universal way to say “How are you?” in French no matter the situation? “Ça va?”

Another great example is the French for “you’re welcome”. The most common way to say you’re welcome is actually “de rien“ (this translates literally to “from nothing,” echoing the English equivalent “no problem,” or “it’s nothing”). “De rien” can be used in pretty much all situations, but “je vous en prie” is ideal when speaking with someone when you are trying to be particularly polite. You can even use “je t’en prie“ (the informal version of “je vous en prie”) if you are speaking with someone using “tu” but want to elevate your speech a little bit.

Useful and Common French Phrases to Use Daily

Both of these phrases translate to “Let’s go” in English, and are used when you’re heading out for the evening or moving to a new location with friends. It is used in both formal and informal situations, and can be applied as a question or a statement.

Note: “On” is a common substitute for “nous” in French. Apply this principle to any informal conversation to sound more native. For example, rather than saying “Nous avons déjà mangé” (We already ate), use the “on” form and say “On a déjà mangé.” Short, sweet–and more colloquial.

A very informal alternative: On se casse!
Take note: Be careful with this one. It is only used between close friends, and is solely appropriate with people who know you aren’t being rude. It translates roughly to “Let’s split,” or “Let’s get out of here” in English. If you were to say “Je me casse,” it typically implies that you’re thrilled to leave and wanted to leave a tasteless impression as you did—unless you’re with close friends.

This very useful phrase plays many roles. The verb “marcher” means “to work,” and so the phrase “Ça marche” translates literally to “that works.” And it’s used that way, often, and in everyday conversation.

You can use it to ask if your friend’s car finally started working again (Ça marche enfin? – Is it working yet?) or when someone asks you if your microwave is functioning (Oui, oui, ça marche bien – Yes, yes, it’s working well). The everyday use, though, translates to the English “sounds good” or “that’s a plan” or “works for me!” This phrase is most often used informally, though if you are using “vous” with someone but are also comfortable with them, it is not at all inappropriate or considered slang.

A formal alternative: Ça me semble bien. (Sounds good.) The literal translation is “It seems good to me.” This is a good alternative if you want to say the same thing, but feel like the conversation is too formal to take use the casual “Ça marche.”

Meaning “it’s all the same to me,” this phrase can be used as a response to “What would you like to eat tonight?” and is the English equivalent to “It doesn’t matter,” or “I don’t care.” This is very polite, and can be used in any social situation.

Molly: Qu’est-ce qu’on doit faire ce soir? (What should we do this evening?)

An informal alternative: Je m’en fiche. “Se ficher de” means “to not care about,” and though the phrase is not as vulgar as “Je m’en fous” (which is considered swearing), it should strictly be reserved for use between friends. The phrase can be used in an exchange like this, but is also used to express apathy or anger.

Some more of my favorites include Sans blague (No kidding), Tu m’etonnes (You’re telling me), and Comme d’habitude (As usual).

Listening to French podcasts and watching French television are both great ways to pick up the most current French phrases and idioms. Talk shows on France Inter, like “Le masque et la plume” (Arts and culture podcast) and “La-bas si j’y suis” (Current events), are great to listen to the pace of native speakers and to pick up everyday phrases that are also appropriate to air on the radio.


Another great way is to watch some French video bloggers, like Norman and Cyprien. Their videos are so popular with the teenagers in France that Norman has been on several big talk shows and is putting out a film next year. Their videos are a great example of how to speak informally. A great plus? They often have English and French subtitles available to watch.

Finally, spend some time talking with a native French speaker. Ask them to speak like they would with a French friend and see what phrases stand out. Don’t hesitate to ask them to repeat or explain something you didn’t catch—that’s the best way to learn.

Most of all, enjoy learning how to speak like a native! It’s exciting when you begin to learn enough French that you feel comfortable using words and phrases native French speakers use every day. Always be curious, and ask questions if you’re unsure whether a phrase is appropriate.

Lone Wolfing French: 9 Essentials to Learn French on Your Own
7 Surprising Ways to Practice French Online with Immersion