It takes lots of practice listening to and imitating real French speech.

With a language learning method called shadowing, you’ll be practicing authentic-sounding French from the get-go.

We’ll walk you through the steps to shadowing French and share seven sensational audio resources that’ll help you shadow like a pro.

What Are the Benefits of Language Shadowing?

Although others have used similar techniques, shadowing as defined by Dr. Alexander Arguelles is probably the most recognized method. Arguelles is a renowned polyglot, linguist and teacher.

Arguelles himself studied various languages at school, then decided that he’d rather learn the modern languages by studying independently. Eventually, Alexander developed shadowing as a language-learning method, and created his own specific set of rules for practicing it.

Shadowing has certain distinct advantages. Notably, it mimics some of our innate language learning processes and allows us to better internalize the cadences of native speakers. As you’ll see below, shadowing involves mimicking or “parroting” real French speech, which is similar to how you learned your native language as a child. The technical term for this process is echolalia.

Shadowing also helps you develop native-sounding speech from the beginning. When you start shadowing French, you may not be able to catch all the nuances of the speaker’s pronunciation. However, that’ll come in time, and meanwhile you’ll get experience with the more difficult aspects of sounding like a native, such as rhythm and intonation. This video explains in more detail:

Once you’ve shadowed the same source material a few times, reproducing the native speaker’s intonation and rhythm should become automatic for you. At that point, you can try to pay more conscious attention to the pronunciation of the words.

How Does Shadowing French Work?

1. Repeat What You Hear Immediately

When you shadow French, make a game of trying to immediately repeat what you hear. To give you an idea, Dr. Arguelles himself demonstrates in this YouTube video.

The idea is to internalize the French syllables as they really sound. If you pause or overthink it, you’ll end up substituting more recognizable sounds that you already use in your native language—these incorrect pronunciations are called eggcorns.

That’s where we get mispronunciations like “boo-koo” for the French word beaucoup (many, a lot), as in the phrase “bookoo bucks.”

Don’t mumble when you’re shadowing French. Speak clearly and deliberately, as though every word you’re saying is vitally important.

2. Walk While You Talk

Studies have found the following benefits exhibited by subjects walking in natural surroundings:

Taking vigorous walks while shadowing French could actually help you remember words, which is of course an essential part of learning a language. The aerobic exercise gets oxygen to your brain, improving your ability to think.

Better posture improves oxygen flow to the brain, and may even boost your mood and confidence levels—which can make you feel more positive when doing something challenging, like learning a language.

After “blind shadowing” the same material several times—that is, repeating what you hear without any written transcript—you might start to look at the corresponding text as you listen and rapidly repeat. In this way, you can start to clear up any uncertain word meanings.

These three podcasts in particular will provide plenty of high-quality shadowing material, accompanied by additional learning tools like transcripts and flashcards. 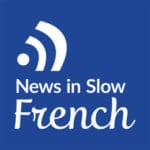 As the name indicates, this podcast presents current news items in a slow and deliberate manner. All of the elements of rhythm and intonation are still intact, but the pace lags behind normal conversational speed. (As you progress and become more confident in your speaking, you can change the playback speed from “slow” to “normal.”)

“News in Slow French” can be a good shadowing resource to start with. The slow pace helps beginners catch on to pronunciation and meaning, and it’s easier for inexperienced speakers to imitate.

There are hundreds of episodes available. They’re generally organized as follows:

Each episode’s resources include:

News in Slow French is available online through your web browser. There are also corresponding apps for both iOS and Android devices.

Unlike some of these other shadowing resources, News in Slow French isn’t free. Access to the full audio and accompanying written resources requires a subscription. Subscription levels are tiered, so that you can decide which features work for you based on price point.

One Thing in a French Day 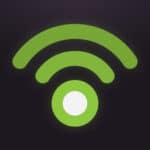 Get a personal perspective on French culture through the everyday family life of Laetitia, a Frenchwoman who lives near Paris.

Episodes are only about three minutes long. Following Arguelles’ advice, most shadowing sessions should be about 15 minutes long (although you can start with shorter sessions)—so you could listen to about five episodes of this particular podcast during an average session. There are several years’ worth of episodes to download so you won’t run out anytime soon.

Hearing Laetitia’s podcasts is like listening to a letter from a friend. When you shadow One Thing in a French Day, you’re imitating a slice of life from a real person… not a news presenter, an actor or a celebrity.

You can subscribe to the podcast on your phone via the Podbean Podcast player for iOS or for Android.

If you’d like a written guide for your shadowing, you can get transcripts of new episodes by signing up to the newsletter. The subscription fee for the newsletter is about €3 (roughly $3.50 per month). The podcasts themselves are free. 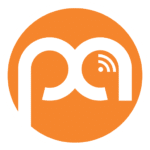 The subjects covered by the Français Authentique podcast cover everything from French idiomatic expressions to suggestions for stress management and personal development.

The episodes centering on idiomatic expressions are particularly helpful for shadowing French, since the explanations contain a lot of repetition of specific words. Then, toward the end of these episodes, the host runs through multiple iterations of the featured expression, so you can better learn the pronunciation in different contexts.

These episodes are accompanied by a full transcript, which is perfect for when you move past the “blind shadowing” phase to shadowing with the text of the audio at hand. (Both the written transcript and the audio are downloadable, as a PDF and an MP3, respectively.)

There are dozens of episodes available for free on the website. They’re also accessible through the iTunes store or via Podcast Addict for Android on Google Play.

Each episode is about 10 minutes long. You could combine two episodes to fill a standard shadowing session.

You can play these videos through your smartphone or tablet. During the initial phase of shadowing, all you’ll need is the audio component.

Later on, when you’re ready to add visual aids, just start watching—the written resources you need to facilitate your repetition and deepen your understanding will be right before your very eyes.

With rapid conversations and multiple speakers, the Français en Dialogue channel is well-suited to intermediate students looking for varied material to shadow French.

These conversational vignettes will lead you through all kinds of topics. Here are just a few examples:

The dialogues are transcribed on the videos themselves. You can either work your way through a composite video with hours of conversation, such as the one below, or you can string together your own unique collection of shorter videos to create shadowing sessions with the exact length you want.

With quick video clips such as movie trailers, music videos, news segments and comedy sketches, the FluentU language program offers tons of opportunities for shadowing authentic French as heard in the media.

Each media clip is paired with dual-language interactive subtitles, which you can hover over to pause the video and repeat after the native speaker. If there’s a certain word in the subtitles that you don’t recognize, you can click on it to view usage examples or add it to a personal flashcard deck.

Since these videos are short, you can shadow as many French media clips as your study session permits.

Audiobooks for Shadowing French with a Story

Maybe you’d love to start shadowing, but you already promised yourself you’d read two French books every month—and you barely have time to do that.

Why not combine learning activities and use French audiobooks for shadowing? 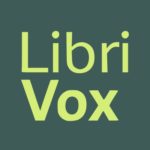 Feel free to take advantage of the French literary classics brought to you by the volunteers at LibriVox. With nearly 700 titles and counting, you’re sure to find some literature to your liking.

LibriVox displays each book’s chapters in a handy table, where you can easily see the run time for each one—which makes putting together shadowing playlists a snap!

Look to your left on a book’s LibriVox page for additional links. If there’s a corresponding online text for the book on Project Gutenberg, these links will lead you right to it… perfect for when you’re ready to read along with the original as you shadow.

To find an English or bilingual version of the French classic for reading as you shadow, check out the free FarkasTranslations site.

Amazon’s Audible service has more contemporary offerings than LibriVox, so you can use it to shadow more modern French.

If there are particularly tricky sections of the Audible book you’d like to flag as you’re shadowing, you can do so with a simple press of the bookmark icon. This way, you can easily locate difficult passages later on, for extra repetition and review.

And speaking of reviews, each audiobook’s product page on Audible lets you see ratings from other customers. Specifically, you can see how your fellow Francophone listeners liked the performance of the narrator, and get an idea of how easy a given audiobook might be to shadow. Is the narration clear and understandable? Their comments will let you know if the narrator races through like Alain Prost or suffers from a bad case of the mumbles.

Like LibriVox, there are no ads to interrupt your shadowing practice. Unlike LibriVox, though, Audible is a paid service. Not sure if you’re ready to commit to an Audible membership? Give it a whirl with the free, month-long trial. It’s about $15 a month after that, with no long-term commitment.

When you’re ready to start reading the original text while you shadow, simply search for the matching e-book, paperback or hardback version on Amazon’s main site. You can even typically find the English-language version to help you better understand what you’re hearing in French.

So don’t be shy—stand up straight, put one foot in front of the other, and confidently ease on down the road to fluency with these stunningly good shadowing French resources.