France has become synonymous with all things romance.

Fortunately for you, you don’t even need to stray from your couch to experience a little passionate French romance of your own.

There are tons of romantic French movies to choose from, and each one has its own unique advantages for language learners. I’ve picked 10 of my favorite French romantic movies to get you started.

Enjoy these 10 fabulously romantic French films that are guaranteed to make you laugh, cry and swoon with every scene!

If you’re looking for a hilarious romantic comedy, then “Joséphine” is the perfect choice!

Based on the popular comic strip by Pénélope Bagieu, this movie follows the life of Joséphine, played by Marilou Berry, as she invents a rich Brazilian boyfriend to get her family and friends to stop pressuring her to find a husband.

As can be expected, her seemingly harmless lie begins to interfere with everything including her job and a potential real-life romance.

This film is great for those looking to learn the stress and intonation of humor in French, and if you like it as much as I do, there’s also a great sequel.

Starring Alice Taglioni, “Paris-Manhattan” follows the story of pharmacist Alice, a woman defeated by love ever since the man she thought was perfect for her fell in love with her sister.

In the end, she turns to Woody Allen’s movies to fill the romantic void in her life and becomes obsessed with the famous director. When she befriends a man named Victor, she’s unable to envision being in a relationship with him until she receives some much-needed advice from Woody Allen himself.

This charming film about love contains a wide range of vocabulary for French learners, covering everything from cinema to medicine to romance.

This adorable, quirky film stars Isabelle Carré as Angélique, a woman working in a chocolate factory, and Benoît Poelvoorde as Jean-Réne, her boss.

Both Angélique and Jean-Réne are extremely emotional people, each lacking confidence in certain areas and suffering from anxiety. As they fall in love, Jean-Réne must find a way to get over his fear of women, and Angélique must overcome her timidity in order to be with him.

I recommend this film for beginner learners because both the principal actors speak very clearly and annunciate more than most actors. 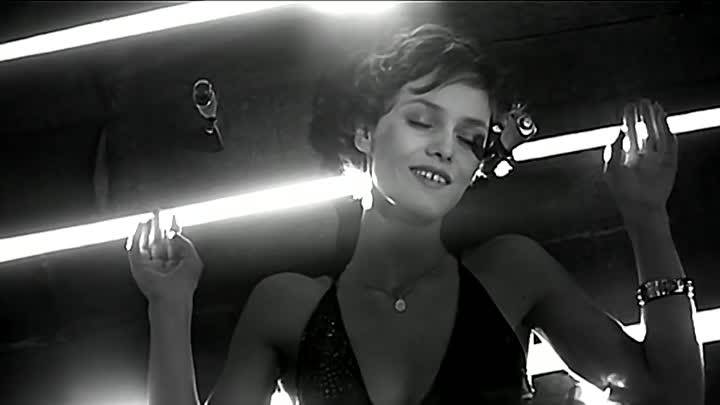 Already considered a staple in French movies, “La Fille sur le pont” was released in 1999 and is a must-see for those looking for an introduction to the wonderful world of French cinema.

The movie, shot in black and white, stars Vanessa Paradis and Daniel Auteuil as characters Adèle and Gabor. The film begins as Gabor, a struggling entertainer, finds Adèle about to commit suicide by jumping off a bridge. After saving her from a tragic end, Gabor hires her to be the target of his knife-throwing act, and the rest of the film follows their lives and romances while working together as performers.

“La Fille sur le pont” is a great option for all levels of learners with its attention to both dramatic dialogue and striking visual scenes.

A true French classic, this musical was released in 1964 and stars Catherine Deneuve and Nino Castelnuovo as 16-year-old Geneviève and her love, Guy.

The two young lovers are separated for several years when Guy must fight in the war in Algeria. During their separation, Geneviève’s mother wants her to marry another man, and as the years pass with little communication between the young couple, the decision to wait for Guy becomes more and more difficult.

This film is a real tear-jerker, so be ready for a truly moving story. The fact that it’s a musical—even the dialogue is sung—can make it slightly more difficult for French learners but will improve your listening skills all the more.

As she begins a romance with her Swedish colleague Markus, played by François Damiens, she’ll have to face a myriad of emotions that arise from entering a relationship after being widowed.

The dialogue in this moving film is pretty standard, so it’s a good choice for those looking to practice a neutral French accent.

The film follows the unlikely love affair between 20-year-old Zachary, played by Martin Cannavo, and 18-year-old Sarah, played by Esther Comar. Zachary is a typical rebellious teen, and Sarah is the devoted good student, but despite these differences, the two share an incredibly passionate romance.

Learners can expect a lot of different vocabulary, including words and phrases having to do with education, love and growing up.

Released in 2014, “3 Cœurs” is the story of the ultimate love triangle starring Benoît Poelvoorde, Charlotte Gainsbourg and Chiara Mastroianni.

After a chance encounter in Valence due to a missed train, characters Sylvie and Marc instantly fall for one another and decide to meet again in Paris. Through unavoidable events, Marc is prevented from showing up at the rendezvous, and Sylvie moves to the U.S. with her husband.

Later on, Marc falls in love with the charming Sophie only to discover that she’s Sylvie’s sister.

Learners will get a glimpse into both Paris and the French provinces which differ in landscape and where people’s accents are slightly changed.

“L’Histoire d’Adèle H.” is another French classic released in 1975 and starring Isabelle Adjani. The film is based on the real-life diary of Adèle Hugo, the famous author Victor Hugo’s daughter.

The story follows Adèle’s intense love for Lieutenant Pinson who doesn’t return her affections. This unrequited love turns to obsession and Adèle begins following Pinson and harassing him, leading to her self-destruction.

This tragic story is appropriate for all learners interested in gaining exposure to a wide variety of vocabulary and the dialogue is fairly easy to understand.

Released in 2001, this film stars Vincent Cassel and Emmanuelle Devos in a truly unconventional love story.

The movie follows Carla, 35, who’s stuck in a boring job and overlooked by her coworkers in part because she suffers from a loss of hearing and must read lips to understand people.

Things change when she hires Paul, a 25-year-old ex-convict, to be her assistant. The two develop a strange but equally beneficial relationship that includes many unexpected adventures such as robbing a dangerous nightclub owner.

Appealing to both romance and crime lovers, learners can expect to hear a lot of different vocabulary including words relating to work and crime.

Why Learn French with Romantic Movies?

Learning a language through films is a great way to gain exposure to new and diverse vocabulary while having tons of fun at the same time.

Movies improve a wide range of skills including listening, learning through context and even speaking if you’re willing to practice or repeat what you hear.

There’s also the huge advantage of using subtitles to stimulate visual learners, learn correct spelling and better your French reading skills. Beginners can also put subtitles in English rather than French to help understand new words and follow the plot.

Additionally, watching French romantic movies can introduce you to new accents and colloquial speech such as idioms and slang that arise in authentic conversation.

Of course, for many French learners, there’s always the worry that you won’t understand the fast speech or colloquialisms.You’ll pick it up with time as you continue to expose yourself to authentic French media.

You can also enlist the support of a language learning program. FluentU, for example, lets you learn French in context with a library of videos made by and for native speakers. Each clip has English and French subtitles, which you can click to get definitions of French words, slang and expressions as you watch.

When you watch with the eyes and ears of a language learner, films can become very powerful resources for your studies. Of course, romantic movies have their own unique pluses that can make them extra appealing and engaging to learn from.

Now that you’ve got some new movies in mind, it’s time to grab some popcorn—and maybe some tissues as well—and curl up to a steamy French romance!