You may already know that there are tons of movies and TV shows online with English audio and les sous-titres français (French subtitles).

Guess what, though? There are also numerous French movies with French subtitles!

In this post, we’ll show you 14 wonderful French movies with subtitles that are available on Netflix as well as other platforms.

How Do French Movies with Subtitles Help You Learn?

You’ll also listen to native French speakers converse in authentic accents, so you’ll learn to understand people from across France and other French-speaking countries/regions speaking naturally.

Fully immersing yourself in French dialogue with French subtitles is a great way to keep yourself on your toes.

And, of course, you’ll pick up those ever-hilarious French curse words!

In the list below, the movies are sorted by genre.

Simply watch one movie at a time, or even half a movie, if you feel drained quickly. 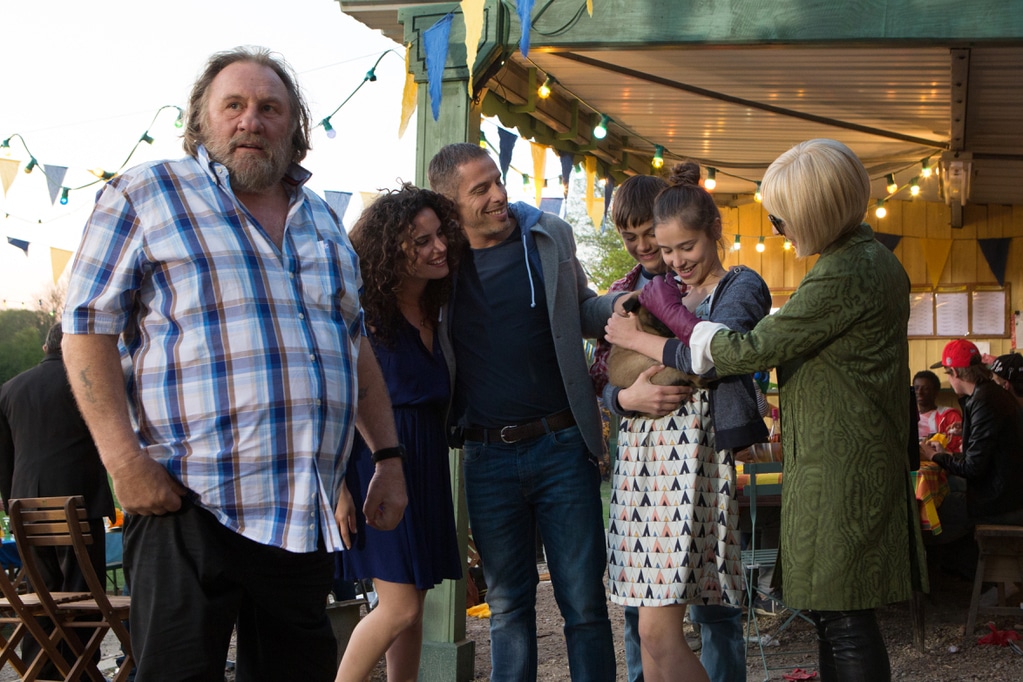 Get ready to learn about soccer, a pastime that’s not to be underestimated in its value to Les Français (the French)!

“A Mighty Team” is a feel-good film on Netflix with a plot reminiscent of “New in Town” or “Sweet Home Alabama.” A famous soccer player is advised to take a break from the stress of his job, so he returns to his hometown and rediscovers the values he was raised with.

Not only is this film set in France, but everyone in the cast is French, so you’ll pick up on authentic French accents, in addition to hearing and reading French vocabulary.

“Ils sont partout” (“They Are Everywhere”) 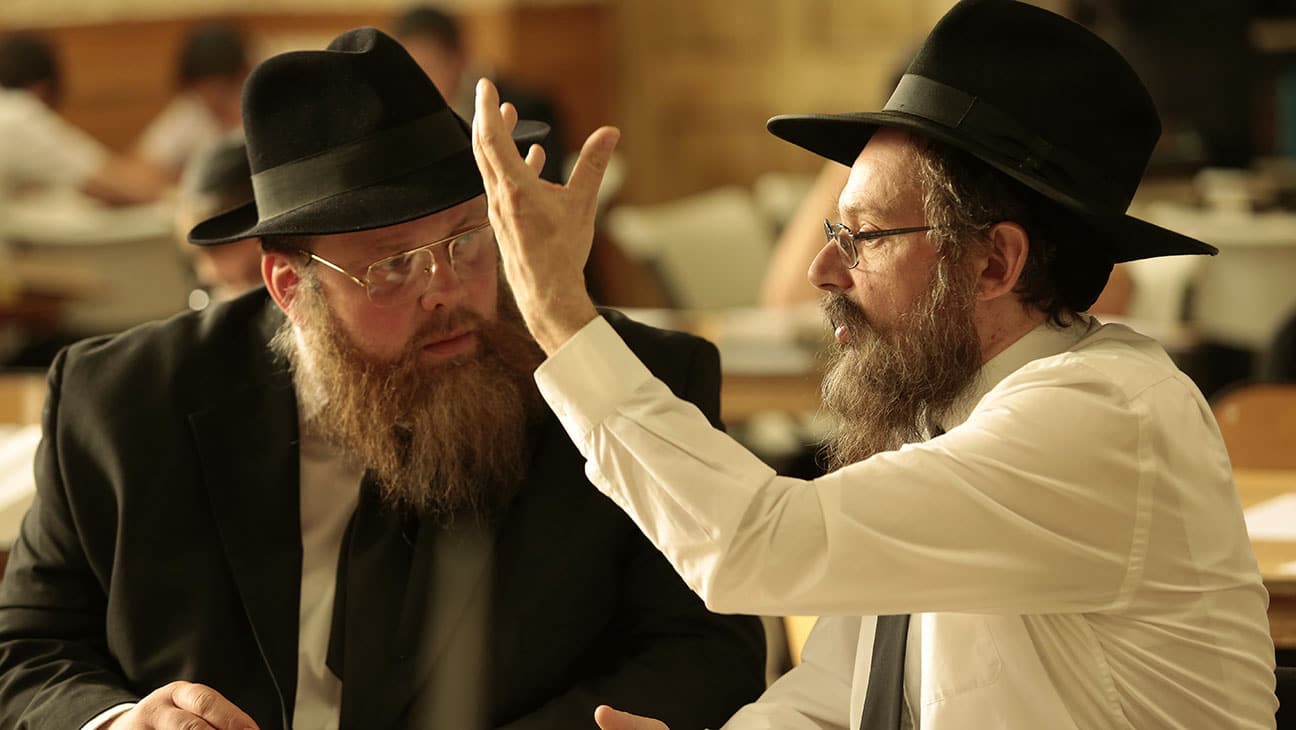 A French-Jewish man talks to his psychologist about Jewish stereotypes. “They Are Everywhere” is filled with comical scenes that serve as examples of each stereotype.

By watching “They Are Everywhere,” you’ll learn phrases relevant to government and history, particularly ones pertaining to Jewish heritage. Some of these terms are as predictable as la circoncision (circumcision). Others are more complex, such as les gitans (gypsies).

These may not be words you ever expected to learn, but if you want to advance your French enough to carry on conversations about history, religion and culture, this movie can provide you with some insights.

Using subtitles can help you identify slang terms referring to government and history. For example, the formal French term for fascist is la fasciste, but characters use the phrase la facho. Just listening to this conversation confused me, but when I turned on the subtitles, it was easy for me to see the word and infer they were talking about fascism. 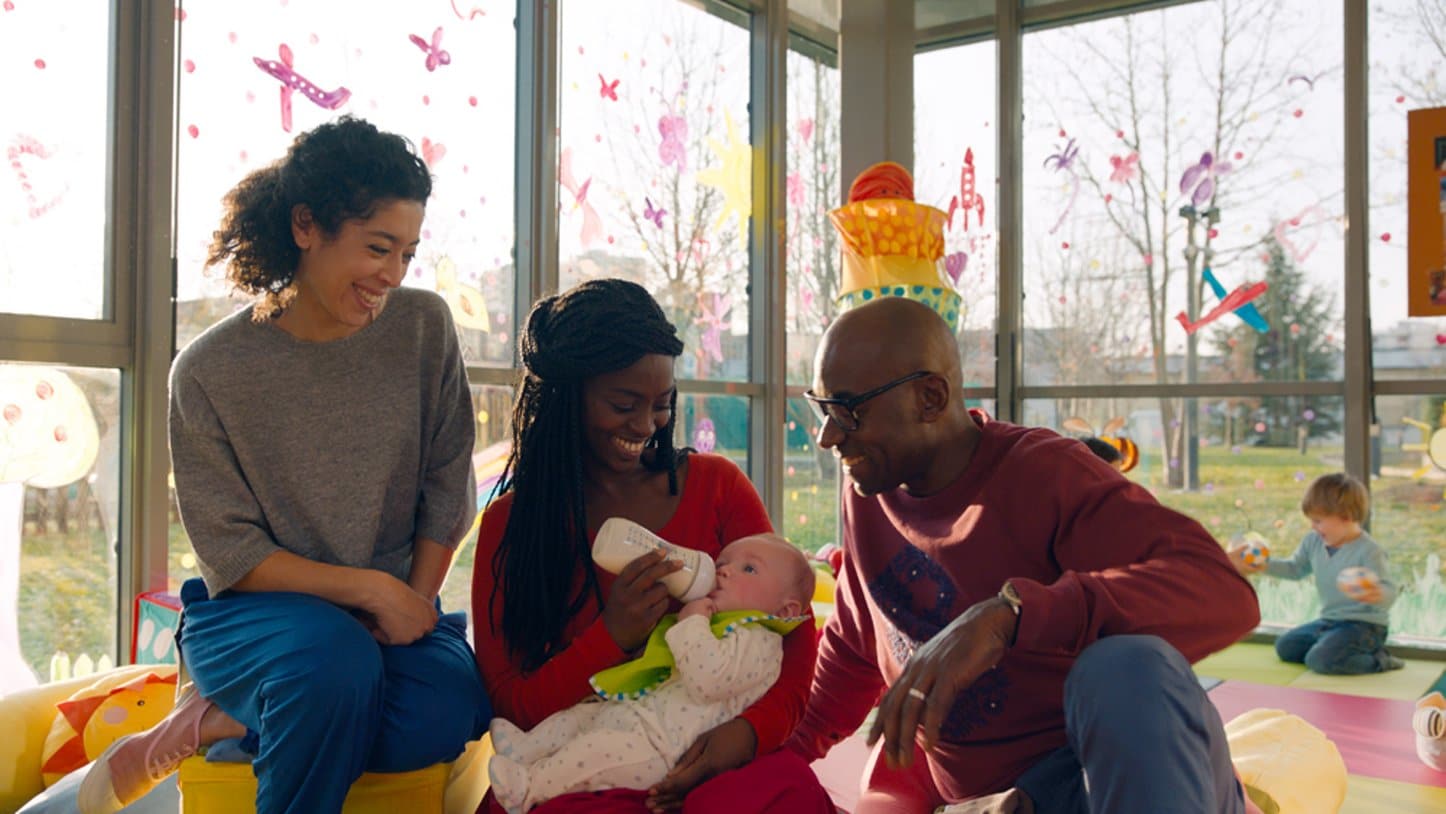 “He Even Has Your Eyes” is a comedy on Netflix about a black couple whose dream of adopting a baby is finally fulfilled. They’re thrilled—until they find out the baby is white. While they do their best to adjust, their family and society don’t cozy up to the idea so quickly.

The accents can be a little confusing for French learners, so the subtitles will help you keep up. 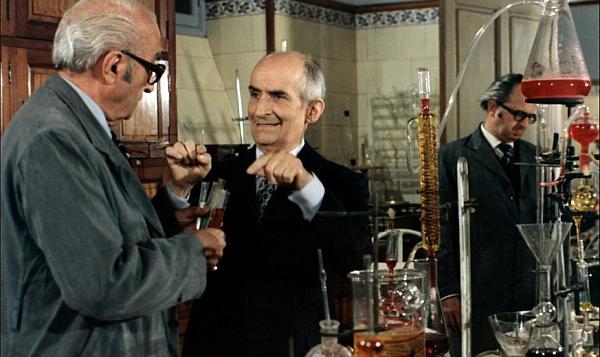 This 1970s film is one of numerous French movies with French subtitles on Filmfra.com.

The story follows Charles Duchemin, a French restaurateur who wants to retire from the business and pass it down to his son. However, his plan comes to a halt when the owner of a fast food chain appears on the scene.

Duchemin doesn’t want glorious French cuisine to be brought down by fast food, so he delays his retirement to pursue his new goal of destroying this man’s business.

“The Wing or the Thigh” is a great film to watch to learn vocabulary related to food and restaurants. 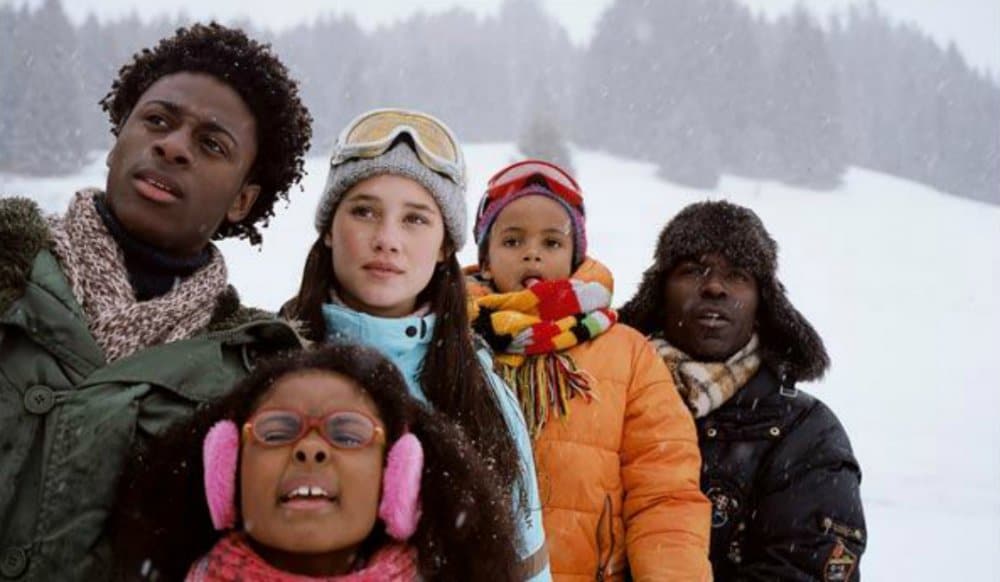 This comedy, which you can access via YouTube, focuses on an irresponsible father who carelessly promises his daughter that he’ll take the family on a ski trip. He doesn’t think anything of it until his wife tells him she’ll leave him if he doesn’t deliver on his promise.

This movie is helpful for learning vocabulary related to going on vacation. 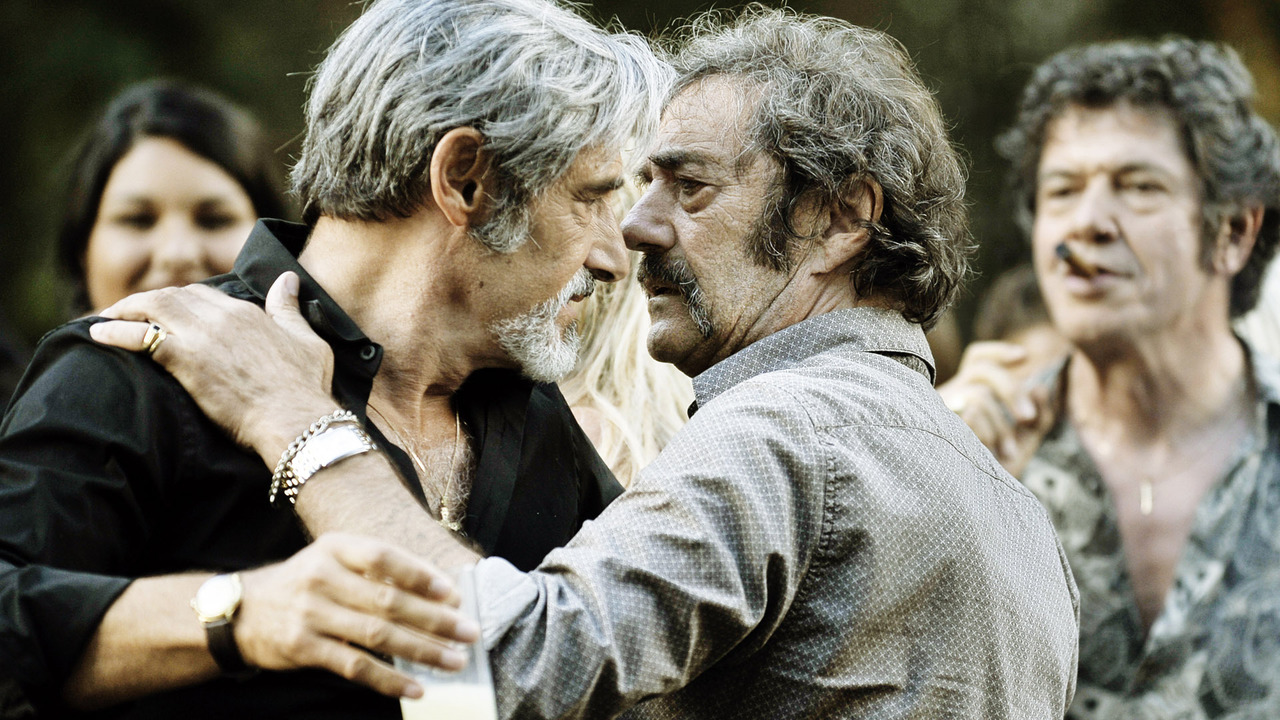 “A Gang Story” can be found on Filmfra.com. This film follows the two men who formed a real, well-known gang in the 1970s.

This film will introduce you to vocabulary related to crime and gangs. 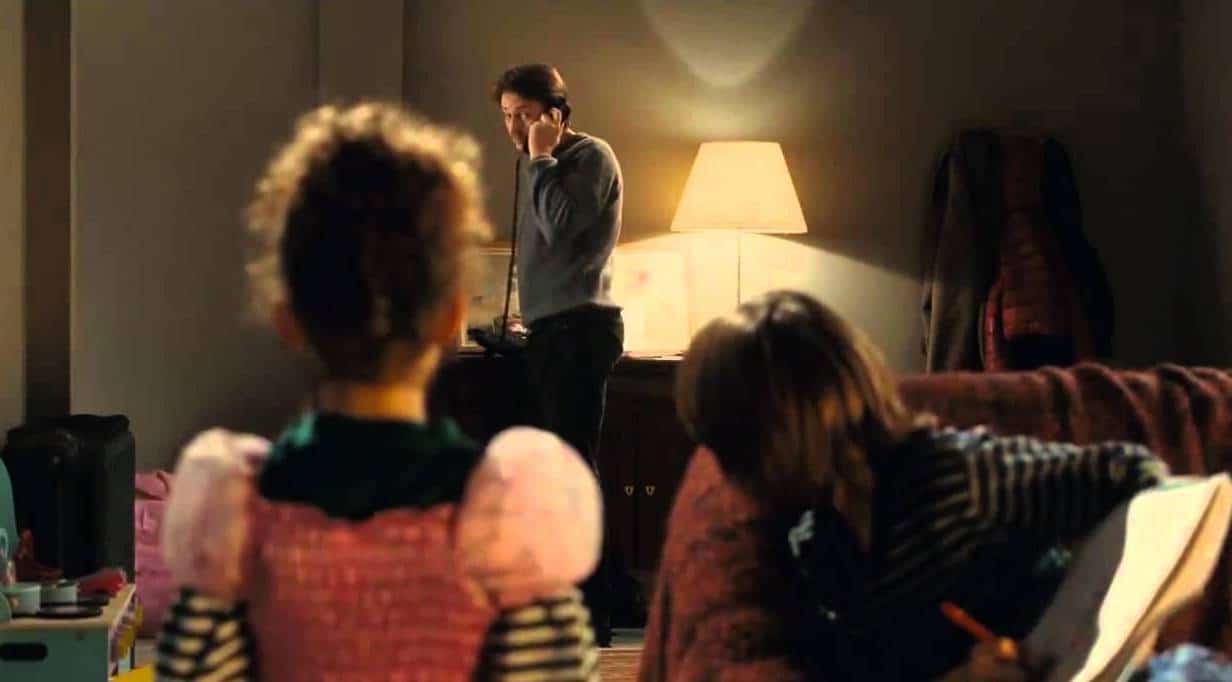 A married couple’s relationship is falling apart. One day, the wife goes missing, and the husband is a suspect. Think “Gone Girl,” but less creepy and more heartbreaking.

This film features the couple’s two children, both elementary-school aged, in many scenes. Learning to understand French adults speak at a normal conversational pace is one thing, but adjusting to understanding children is a whole other ball game.

Watching “Headwinds” on Netflix will let you practice listening to French children. If you’re having trouble catching on, hey, that’s what the subtitles are for! 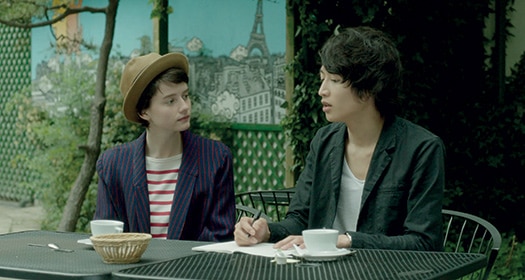 A romantic drama on Netflix, “Tokyo Fiancée” teaches viewers about both Belgian and Japanese cultures. A Belgian girl named Amélie travels to Tokyo and falls in love with a Japanese man, Rinri, who speaks French.

The main actress, Pauline Etienne, is Belgian. This film can be useful for getting acclimated to the Belgian accent. Bonus points if you can understand all the lyrics to the song she belts out the morning after sleeping with Rinri for the first time!

In the film, Amélie gives French lessons to Rinri. His French is pretty shaky at the beginning, so she frequently teaches him small, useful phrases and terms, such as une chocolatière électronique (electronic chocolate temperer) and la joaillerie (art of jewelry making). You may find these words helpful, too! 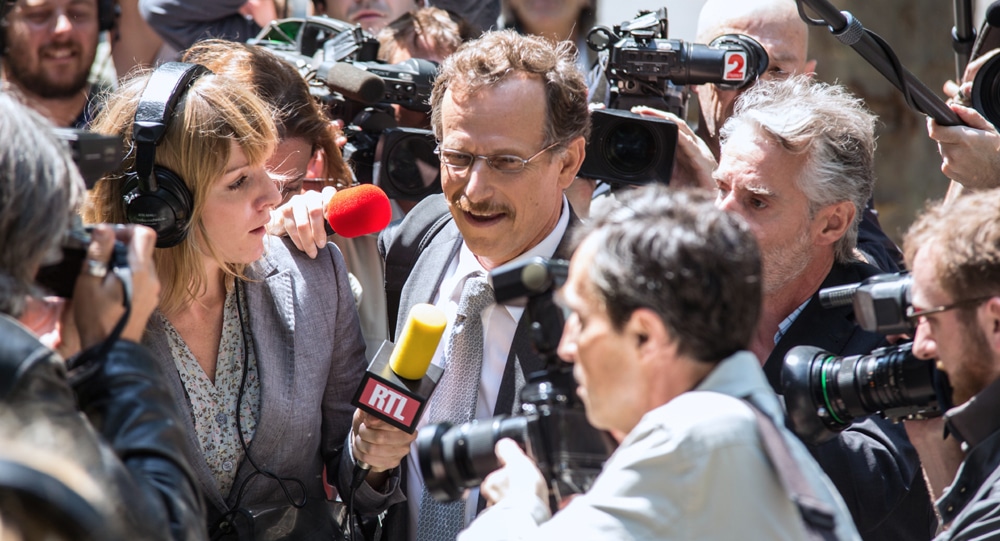 “The Clearstream Affair” is based on true French political events from the early 2000s, so watching this film on Netflix is a great way to deepen your understanding of French politics, as well as political and legal jargon. You’ll learn advanced phrases, such as la mise en examen (indictment).

All this jargon is spoken very quickly, so pay attention to those subtitles! 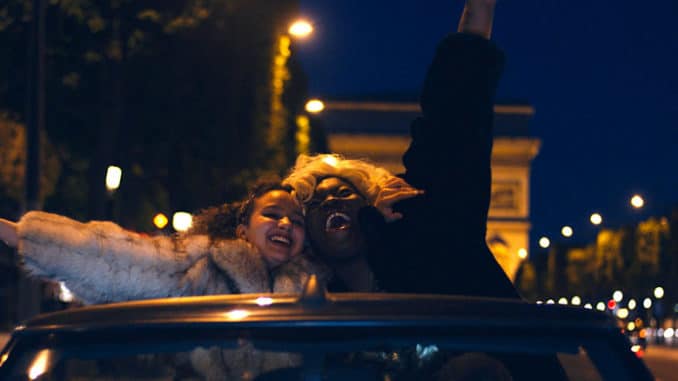 “Divines” is a Netflix original movie that’s now considered a classic French coming-of-age film. A poor girl named Dounia tries to earn extra money, and her primary way of doing so is by working for a drug dealer.

Watching this movie with subtitles is helpful because there are several points that can be difficult to understand. Not only do Dounia and her friends speak quickly, but they also often whisper and use Parisian slang, which can be difficult to interpret correctly if you aren’t used to it. 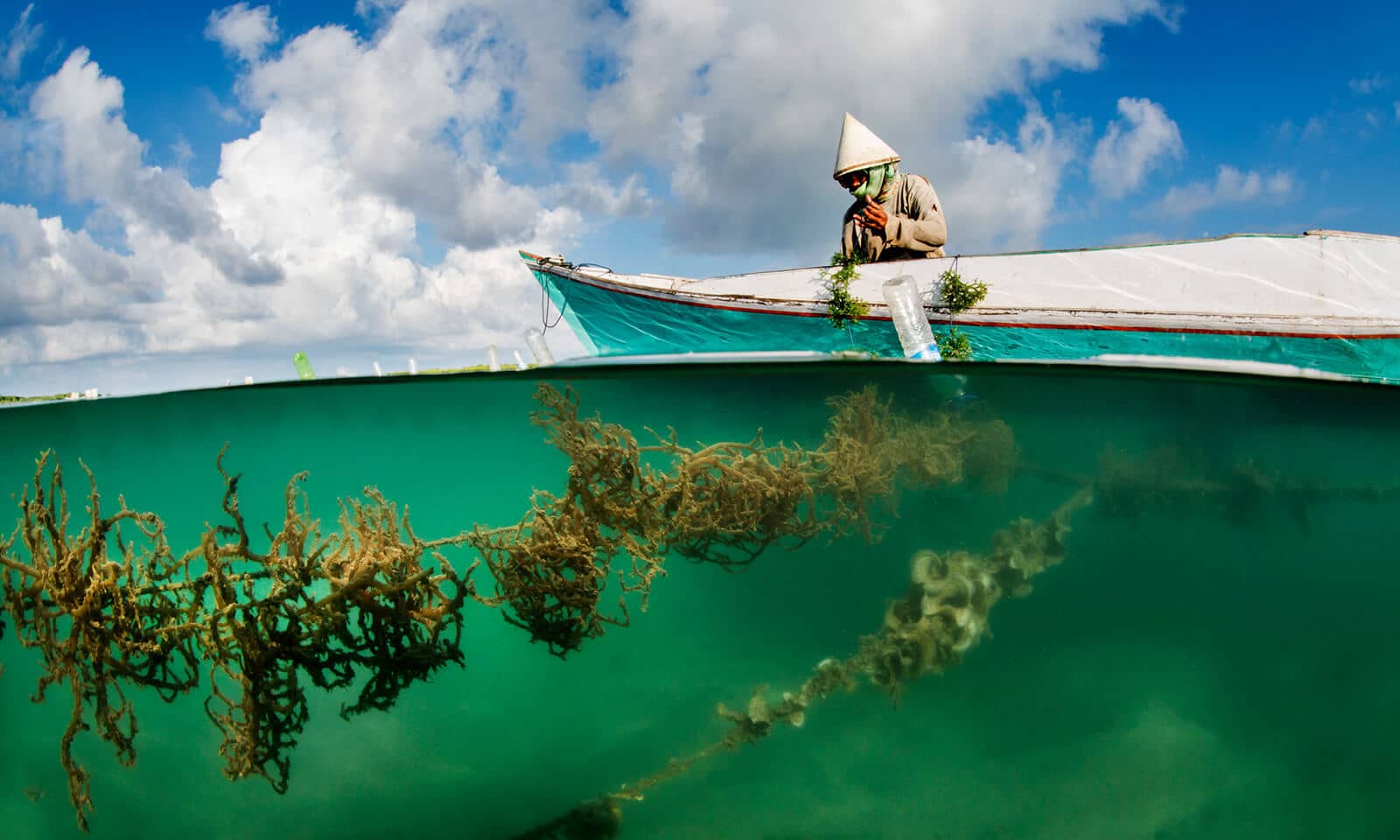 “Terra” is a film on Netflix about humans’ relationship with nature.

Vanessa Paradis narrates “Terra.” She speaks slowly and clearly, so the voice-over is easy to understand. However, subtitles may be necessary to help you catch some unfamiliar terms.

This documentary uses vocabulary about nature, particularly animals and their habitats. 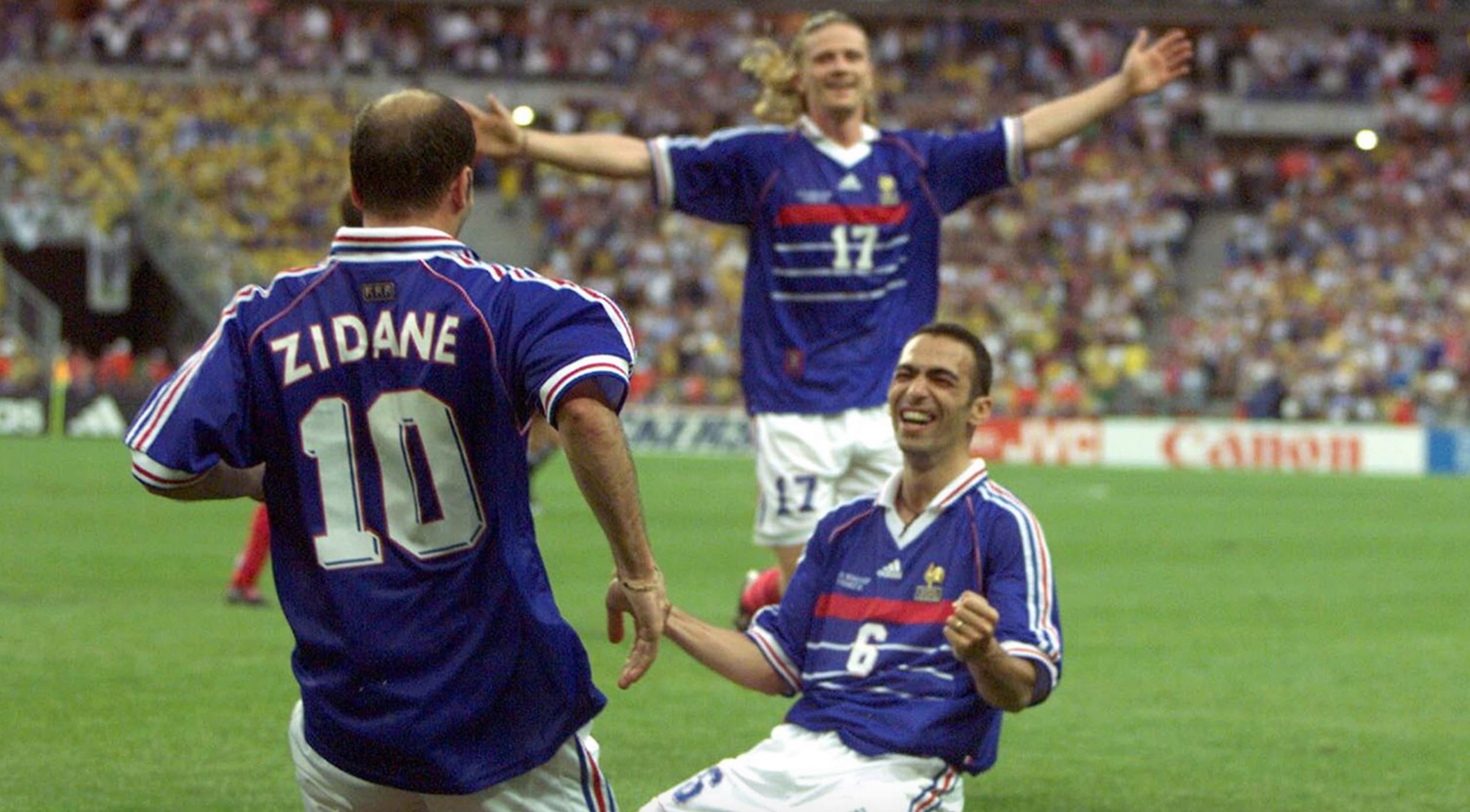 This documentary, which is available on Netflix, follows the French national soccer team (known by fans as “Les Bleus”) over 20 years. As I mentioned above, le football (soccer) has a prominent place in French culture.

You’ll pick up a ton of vocabulary about soccer in under two hours. The subtitles will help you follow the details because, although most of the interviewees speak clearly, there are several parts where people mumble into microphones or are partially drowned out by the cheers of the crowd. 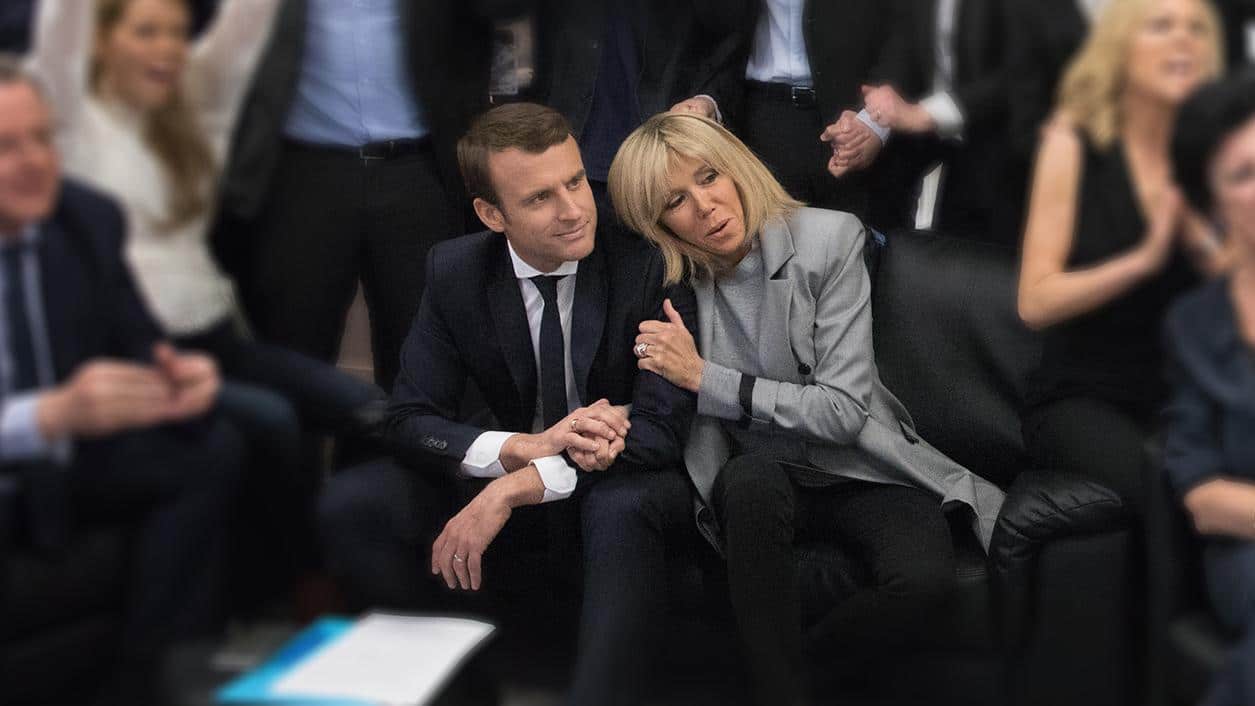 You, like much of the world, may have been shocked when Emmanuel Macron won the French presidential election in May 2017. He’s now the youngest president in France’s history.

This movie on Netflix explains how, against all odds, Macron gained this position. You’ll learn many words relating to French government, from la candidature (candidacy), to le/la fonctionnaire (civil servant), to un soldat (soldier). 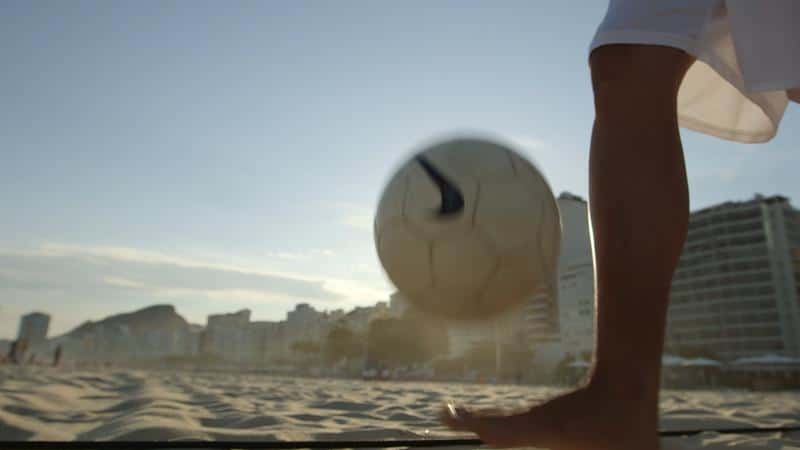 You’ll learn some of the same vocabulary by watching “Planet FIFA” on Netflix as you would watching “Les bleus.” However, you’ll deepen and broaden your understanding of France’s role in international soccer, because rather than focusing on the French team, this documentary delves into the governing organization for soccer worldwide.

It goes behind the scenes of the past 40 years of FIFA (Fédération Internationale de Football Association).

Congratulations, once you’ve chosen a movie to watch, you’ve taken the first step toward mastering the French language from your couch!

Learning through movies is a pretty luxurious way to educate yourself, but there’s no need to feel guilty. Once you can carry on a conversation with a French person about Emmanuel Macron, French soccer, or your latest family vacation, you’ll know all those hours on your sofa were well spent.

Laura Grace Tarpley is a writer based in Athens, Georgia. She has spent the past four years living in and exploring France, New Zealand and China. She runs the blog Let’s Go Tarpley!, where she writes city guides and budget travel tips.