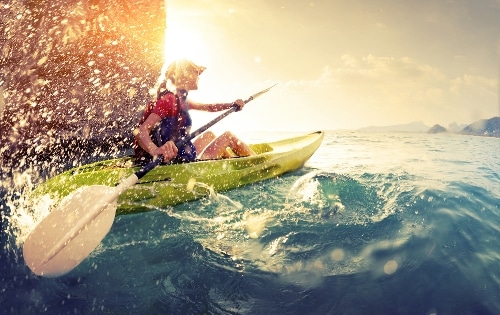 French Starter Fuel: 10 Commonly Used French Verbs to Launch You into the Language

Learning French from scratch can be an exhilarating experience.

It can be both exciting and terrifying to master your ABCs in a totally different language and to practice the weird French u sound.

As you advance and continue to immerse yourself, you’ll run into other surprises, like the intricacies of formal French versus the curveballs of informal French.

But let’s not get ahead of ourselves.

While we’re on the topic of fun, basic French, we should cover perhaps the most important part of the language for beginners: verbs.

Not excited? Well, get excited!

Common verbs aren’t only awesome to know, but they’re super useful because they’re (you guessed it) super common in everyday conversation. 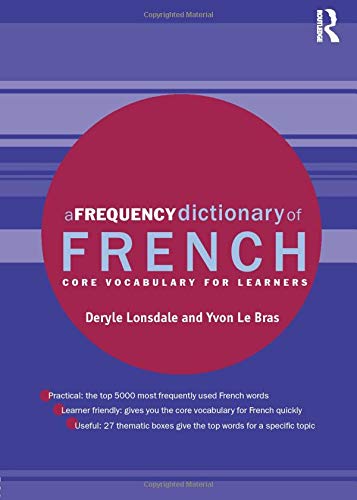 According to the book “A Frequency Dictionary of French,” there are certain words that are used in French way more frequently than others. This dictionary contains adjectives and nouns and adverbs, but most importantly, it lists the most common verbs.

But why should you care? Verbs, shmerbs, right? Wrong. Verbs are an integral part of complete French sentences. Furthermore, because of the fact that these verbs are so common, they’ll be incredibly useful to a French learner who’s just starting out.

In fact, since these verbs are so commonly used, simply listening to real French speech is one of the best (and most fun) ways to learn them. FluentU is a great tool for this, since it provides authentic French videos—like movie trailers, music videos, inspiring speeches and more—that’ve been supercharged with learning tools. You’ll encounter tons of common verbs and never miss a word of the dialogue thanks to interactive subtitles, full transcripts and multimedia flashcards.

The list below includes verbs that follow regular verb formation rules (regular verbs) as well as irregular forms (irregular verbs). Learn how to conjugate the verbs on this list, and you’ll be primed and ready for all the challenges of verb tenses in French.

Action Pack: The 10 Most Commonly Used French Verbs, All in One Place

So, what are we waiting for? Check out the 10 most common verbs and start using them in your French!

Behold: the undisputed most common verb in the French language. And are you surprised? Take note of how often you use the verb “to be” and its conjugations (am, are, is) in English, and you’ll see why être is so common in French. Furthermore, even though this verb means “to be” by itself, it can also be used as a support verb for compound verb tenses.

And even though être is irregular, once you have it memorized, it’s infinitely useful.

Check out these examples in the present tense:

The second most common French verb, avoir (to have), is also irregular. As with être, this verb is used to make compound verb tenses. But for now, let’s not worry about that.

It’s a bird, it’s a plane! No, it’s another irregular verb. I’m beginning to see a trend among all these common verbs… In any case, aller is an extremely useful verb to know, and it means “to go.” Like être and avoir, aller can be used in compound verbs, most notably in the future tense.

Check out these examples:

While also an irregular verb, pouvoir carries the same meaning as “can” in English. It’s a very common verb, and it’s commonly used in the conditional form in order to make requests and ask for things in restaurants, at hotels and in stores.

Check out its conjugation:

In a lot of ways, the conjugation of vouloir is much like the conjugation of pouvoir. It means “to want” in English, and once again, this verb is used to make requests and ask for things when it’s conjugated into the conditional tense.

Check out this verb in action:

What we would do without the verb “to do”? Not much, I guess. Faire is the French verb meaning “to do” or “to make,” and like the others on this list, it’s common not only in vocabulary but also in its grammatical function. For example, it can be used in imperative or command phrases such as Faites vos devoirs ! (Do your homework!). And you guessed it, this verb is also irregular.

At long last: a regular verb! The verb parler (to speak) is a regular verb and it follows the regular -er ending conjugation pattern, which involves dropping the -er ending and adding other endings. This verb is also very common in French, as it’s often used to ask the question Parlez-vous français (Do you speak French?). And because it’s regular, you can learn these endings and use them with other verbs that end in -er.

Check out the conjugation for demander:

Ready for another situation where French and English translations don’t quite match? Well, look no further. Much in the same way there’s a distinction between demander (to ask) and poser (to ask [a question]), savoir (to know) has a friend also: connaître (to know). The distinction is complex, so for now, let’s just say that savoir means “to know something” like a fact or a skill.

In any case, savoir is irregular. Check it out:

Last but not least, we have the verb venir (to come), and where would this list be without the final verb being an irregular one?

Check out its conjugation.

Want more common French verbs? Check out the next 15 most common verbs below: 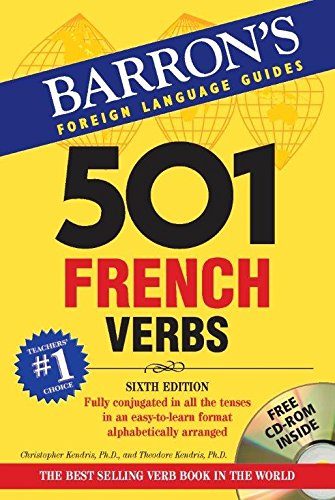 Remember, these are just the most common verbs.

In fact, there are so many verbs in French, you can get a guide to conjugating 12,000 of them!

Remember, though, there’s more to French than just verbs. Don’t ignore other words. Be sure to learn your adjectives, prepositions, relative pronouns and more.

While learning French with FluentU, you’ll learn the most-used verbs right along with the rest of the language.

Since this video content is stuff that native French speakers actually watch on the regular, you’ll get the opportunity to learn real French—the way it’s spoken in modern life.

However, with bilingual subtitles and quizzes, you’ll pick up on not just the spoken language but the written language as well.

Eat That Elephant! The Easiest Way to Learn French in Manageable Bites
Do You Know How to Tell Time in French? It’s About Time You Learn!

We'll email you once a week with great tips for learning languages faster and more effectively.