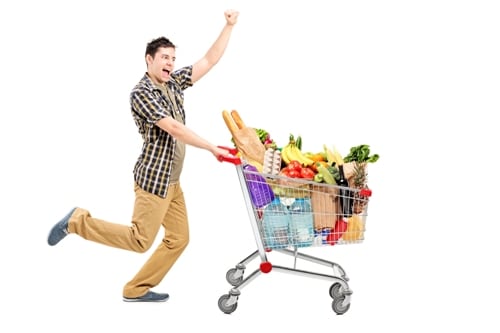 Have everything you need to start speaking French like a pro?

Emphasis on the first word there.

If you’re looking to stock up on the basics, the verb avoir (to have) is, well…a must-have for your French language shopping list.

It’s especially important to practice it because the usage can be tough for a native English speaker to wrap their head around:

Sometimes, where in English we use “to be,” the French use avoir!

But with the guide below, you’ll soon master these key phrases and be using them in day-to-day French conversation.

And once you’ve mastered the basics, there’s still plenty of territory to explore where avoir is concerned!

But first off, what exactly is an avoir expression? As you’ve probably noticed already in your French learning, many expressions are formed by using avoir paired with another word, often a noun.

This way of expressing concepts mirrors the English use of “to be.” Instead of saying “to be” with an adjective, the way we do in English, the French will use avoir with a noun to express the same idea.

The best way to understand the concept, however, is to get into some concrete examples.


The Only List of French Avoir Expressions You’ll Ever Need: 25+ Essentials

To find more expressions with avoir in the wild, see these in use and so much more, check out FluentU.

Let’s get things started with the classics. If you’ve already been learning French for a while, these are probably the avoir expressions that introduced you to the idea in the first place. They’re a great way to get to understanding the expressions and how they work.

Let’s start with one of the most common, avoir faim. Literally translated, it means “to have hunger,” but in French it’s used as an equivalent of “to be hungry.”

The same is true for a few other basic expressions. Here they are with their literal translations followed by their true translations:

With most of these expressions, if you make a mistake and use the anglicism être instead of avoir, you just end up making a linguistic error. But in some cases, your mistake could be misconstrued.

As for the opposite, saying Je suis froid is implying that you are cold in character or personality, not in temperature.

There’s one other thing to bear in mind with these expressions, and that’s the ways in which avoir mal can be modified to express all sorts of different pain. Just saying J’ai mal means that you’re in general pain, but you can also say J’ai mal à la tête, for example, to say you have a headache, or J’ai mal au ventre to say that your stomach hurts.

Mastering these expressions will take some time, but once you get used to the idea of using avoir instead of être to express these ideas, you’ll be ready to move on to some more complex expressions.

Avoir expressions are very often used to express different feelings. Again, instead of using “to be scared” or “to be ashamed,” in French, you’ll be using avoir.

Some of these expressions are fairly easy to calque onto your English, for example, avoir peur de. But the three others are used far more commonly in French than as their English equivalents. J’ai confiance en toi, for example, is a common way of building up your friends, kind of the way we say, “I know you can do it!”

Once you’ve mastered the first two groups of avoir expressions, you might be on the lookout for some other ones to add. These expressions are sure to help your French flow even better and will make you sound even more fluent.

Most of these expressions calque very easily onto your regular use of English, so they won’t be too hard to add to your vocabulary. The trick here is getting into the habit of using them instead of using direct English translations for the concepts you’re trying to express. For example, saying J’ai envie d’un café (I want a coffee) is more common than saying Je veux un café, and saying Tu sembles être is a bit clunkier than saying T’as l’air de (You seem).

In this group, there are other examples where the French expression is more common than the English equivalent. For example:

J’ai l’intention de planifier un week-end surprise pour mon ami. (I have the intention of planning a surprise weekend for my friend.)

This English sentence isn’t necessarily something you’d likely find yourself uttering, but the French version is fairly common.

The same holds true for avoir l’habitude de. J’ai l’habitude de me lever tôt (I have the habit of getting up early) uses a common construction; the English equivalent would be closer to “I usually get up early,” but expressing this sentiment with avoir l’habitude is far more common in French.

Try to integrate these expressions as often as you can!

Why is it that, no matter how much we learn in a foreign language, one of the things we always want to learn are slang expressions? Probably because they’re so fun to say and use! These expressions in particular don’t always mean what you think they will when you translate them directly—some of them are a little bit odd!

Here are some great slang expressions to get you using avoir expressions even more often in your daily French conversation.

These expressions aren’t necessarily vulgar, but they’re definitely slang. You’ll want to be careful not to use them in situations like work or with people you don’t know very well, but definitely try using them out on your French friends and witness how surprised they are by your linguistic prowess.

With this list of avoir expressions, you’re well on your way to mastering them all!