Sayings are the bread and butter of the Spanish language.

No matter how much time you put into learning words and grammar, your speech will lack authenticity if you don’t learn the full range of phrases actually employed by native speakers.

Whether they’re bits of wisdom or general observations about the human condition, dichos or refranes (sayings) are essential to the advanced learner’s repertoire and add gracia (charm) to the beginner and intermediate learner’s speech.

Having a few in your back pocket will help fill in those abundant conversation gaps that follow “Me llamo…” (My name is…) or “Soy de…” (I’m from…).

Plus, knowing what sayings mean will allow you to follow conversations much more fluidly with native speakers in real-life situations!

Understanding and utilizing Spanish sayings not only adds richness to your speaking but is also the linguistic key to unlocking Spanish-speaking culture.

Sayings expose ways of thinking and traditions, whether historical or modern.

Sayings are abundant in Spanish and will heavily vary depending on the region you travel to or live in, but there are some, of course, that stretch across borders.

Where to Find Authentic Spanish Sayings

Check out these resources to get your fill of awesome Spanish sayings:

To go really advanced, check out the official Cervantes website’s refranero (saying finder). Pop in some of the sayings explored in this post to read about their origins, variations or even antonyms in Spanish. Since this is a multilingual phrase finder, you can go ahead and look up sayings in 20 foreign languages. Go Cervantes!

Now, focusing in on three common areas of life (work, love and food), let’s explore a few common sayings for each category. We’ll go over the literal translation of each saying (so you can spit out your coffee laughing), its actual meaning and finally its usage (or ways you can employ it in day-to-day conversation). 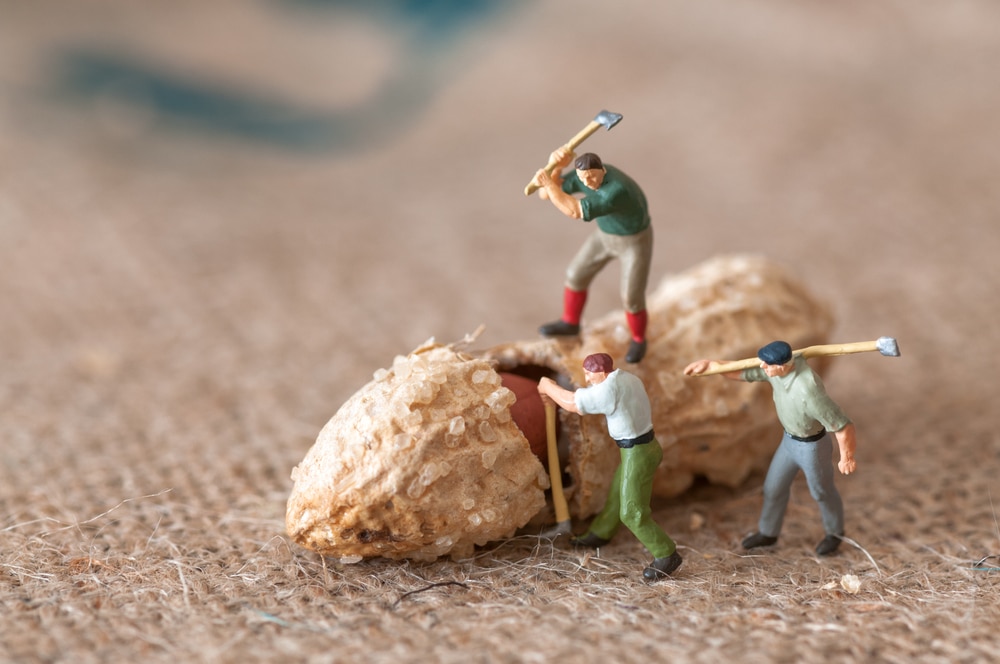 If you work in a Spanish-speaking environment and are “the foreigner” in the office, use these sayings to llevarte bien (get on) with your workmates!

(Literal translation: “Mule drivers we are and on the path we will meet.”)

Meaning: This is a warning to someone who didn’t help you or lend you a hand when requested. When someone denies us help or assistance, it’s probable that at some point in the future they’ll require our help and we’ll be the ones to refuse. It’s almost like saying “what goes around, comes around” in English.

Usage: I’ve heard this expression used between work colleagues, in a joking tone of course, but with a slight hint of tension. It’s to let the other person know that their lack of help has created some sort of “comeback” situation, like their karma has been tragically shattered by their actions. This expression will be heard across the Spanish-speaking world, and it’s quite a gem!

You may hear variations on the word arrieros, which could be replaced by its diminutive, arrieritos.

(Literal translation: “Better to stand idle than do a bad job.”)

Meaning: It’s better to stand around idle than work ineffectively, i.e., better to do nothing than do everything wrong.

Usage: You can use this expression at work or to describe a situation in life where you don’t want to screw things up.

(Literal translation: “What one does not start will never end.”)

Meaning: You’ve gotta get in there to get things done, or “Get going, guys!” Surely a project not initiated is one that will never get done.

Usage: This could be used in situations where you’d say “put the pedal to the metal” in English to motivate someone to get going on their share of work!

(Literal translation: “There is no such thing as a bad job, the bad thing is having to work.”)

Meaning: In this case, the meaning is pretty straightforward!

Usage: When you’re tired and fed up at work, this is the perfect saying to put a grin on everyone’s face. It also speaks to the importance of leisure in Spanish-speaking culture. I heard this one quite a few times while traveling through Mexico, and it’s my personal favorite. 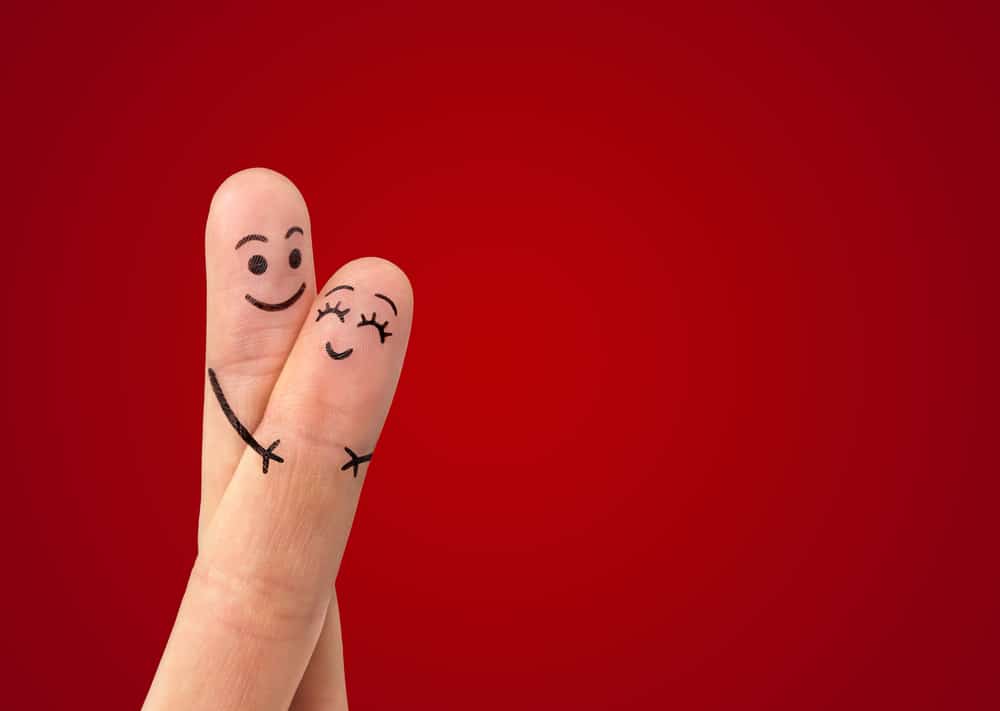 Because who hasn’t been in a multilingual love match at least once?

(Literal translation: “I love you like the female trout does the male trout.”)

Meaning: This is a very common expression used between lovers that plays with Spanish masculine and feminine nouns: trucha (a female trout) and trucho (a male trout).

Usage: This cute and common love saying is used between couples during their little “moments” and eskimo kisses. It can be employed by men or women and puts a smile on anyone’s face. Alternatively, but on rarer occasions, it can be used with kids. For example, a mother or father might use this saying to express love to their young child.

(Literal translation: “You catch a liar faster than a limper.”)

Meaning: It’s the equivalent of “spit it out” or “sooner or later, all lies rise to the surface.”

Usage: When you suspect, or it is clearly obvious, that your partner is blatantly lying to your face, this expression is a call for them to be honest and tell you the truth, because sooner or later you will catch them! You may use this expression when you already know someone has lied but you are pretending that you don’t…almost like “Haha, gotcha!”

(Literal translation: “It’s worth more being alone than in bad company”)

Meaning: Better to be alone than in bad company, and ain’t it true!

Usage: This is a very popular expression and it’s used exactly the same as the equivalent expression in English. It’s mostly used to give advice on one’s love life in the sense of “better to be alone than go out with that guy/girl” or to console a friend dealing with heartbreak by saying “you’re better off alone/without him or her!”

(Literal translation: “To love without suffering is not possible.”)

Meaning: You read it! Love without suffering doesn’t exist, or simply to love is to suffer. This one unlocks telenovela mentality: Love is full of drama and suffering, and if it’s not, then it’s not real love, I tell you! This is not a judgment on the Spanish-speaking world’s views on love, but rather an observation of how the culture can view the concept of love. It’s more or less the equivalent of “Love is a b-word.” Kind of harsh, I know.

Usage: Following a broken heart or perhaps a deception of the heart, this saying is perfect to describe how you feel or can be employed to console a weeping friend. 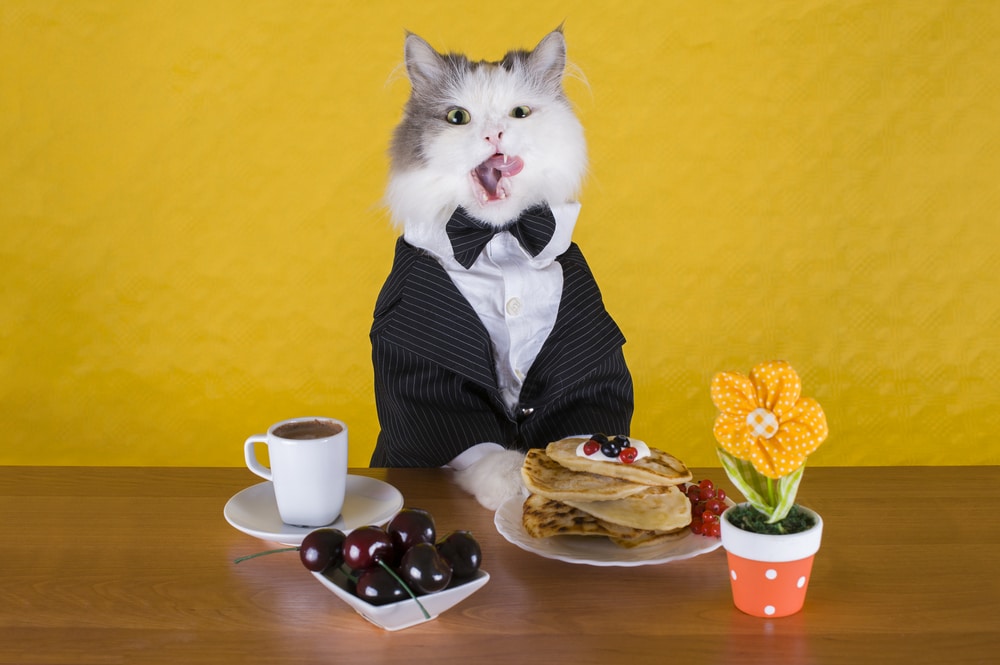 If there is one thing you’ll surely do in the Spanish-speaking world it’s eat, and tela, amigo (a lot, my friend)!

You’ll notice in the sayings below that some derive from food…but the meanings don’t necessarily have anything to do with food. Let’s explore!

Meaning: Although this phrase contains food references, those being vino (wine) and pan (bread), it actually means “talk straight to me” or “give it to me straight.” This is indicative of the importance of food in the Spanish language, as many phrases that contain food vocabulary have nothing to do with food at all, but are rather general attitudes, commands or opinions.

Usage: This phrase is commonly employed in Spain and particularly in the capital, Madrid, among friends. It’s a call for someone to talk directly and truthfully, and could be likened to the English expression “call a spade a spade.” This is a typical refrán de la abuela (as grandma used to say…), but it is used quite cheerfully and abundantly, and especially loudly in jam-packed cervecerías (bars).

(Literal translation: “With your hands in the dough.”)

Meaning: Here’s another expression that employs food, in this case masa (dough), but has little to do with food. This expression follows the same idea as “catching someone red-handed.”

Usage: This is often used among children to rat each other out, like saying “I saw you with your hands in the cookie jar!” But it can be used in adult situations. For example, if you catch someone cheating on a test, on a partner or even stealing something that’s not theirs, well, you bet they have their manos en la masa!

(Literal translation: “After eating, not a single envelope is left to read.”)

Meaning: It’s difficult to translate this expression, but let’s just say that there’s not much left to do after eating than to rest. This speaks volumes to the importance of rest or taking a siesta after lunch or midday in Spanish-speaking culture.

Usage: This saying can be employed after a nice hearty lunch (abundant in the Spanish-speaking world, considering it’s the main meal of the day), which you need a siesta in order to digest. It can also express your satisfaction with the meal and announce the transition to “wind down” for a nap.

(Literal translation: “To do a no-pay.”)

Meaning: This is a funny one, and it means to dine and dash. Pretty simple, no magic here.

Usage: Here’s the thing. You know how in North America we casually joke about dining and dashing? That’s not necessarily the case in the Spanish-speaking world. Actually, it can be quite rude and offensive. I once remember an American friend telling me he used this saying to make a joke after having finished dinner with some Spanish-speaking friends. Long story short, no one laughed and awkward grins shot up around the table. They actually thought he was serious because he was being ironic. Fail. Obviously, if you are among close friends, this can be a joke…but know your crowd, and well.

Initially, it may be difficult to know when to pop in a saying, but the more you advance, the more naturally you’ll just come out with them!