Want to Learn Spanish with TV Shows? Here Are 11 of Your Best Options in 2022

If you are learning Spanish solely with a textbook, these words likely do not paint an accurate picture of your language-learning experience.

But there is an easy way to add some excitement to your Spanish-learning routine: television!

Learning Spanish with TV shows is a fun and effective way to improve your Spanish fluency. Listening to native speakers can help you improve your grammar, vocabulary, accent and listening comprehension—all at the same time.

There are so many streaming services available online. Some of the biggest have been investing heavily in Spanish-language content in the last few years, reflecting a large (and growing) Spanish-speaking audience.

Lucky for you, this means that great Spanish-language TV is more accessible than ever, no matter which streaming service you subscribe to.

We have chosen 11 of the best TV series to learn Spanish with, pulled from major streaming services.

Learn Spanish with TV Shows: 11 Series to Stream Your Way to Fluency in 2022

Below, we have 11 awesome Spanish-language TV shows perfect for learners. Binge-watch the episodes or take it one episode at a time!

Fans of “Charmed,” “Buffy the Vampire Slayer” and “The Chilling Adventures of Sabrina” will get easily hooked on this fantastical drama about an enslaved witch who time-travels to modern-day Cartagena, Colombia. The show follows lead character, Carmen, as she tries to navigate the 21st century and also return to her own time.

This series is especially great for those interested in traveling to Colombia since it features characters with Colombian accents using present-day slang.

This story about three underprivileged teens at a wealthy boarding school gets real—and fast. The first episode introduces a bizarre and chilling twist, and you will have to watch the rest of the season to figure out the truth.

In addition to the mystery, “Elite” is also packed with juicy high school drama, a lot like a Spanish “Riverdale.”

If you are looking to practice the vosotros form, look no further: This show is set in Spain and centers around an ensemble cast, which means that vosotros (as well as Spanish slang and accents) shows up all the time.

“Sin senos sí hay paraíso” (Without Breasts, There Is Paradise)

If you are looking for a show in a classic telenovela format, look no further. This Telemundo-produced show is a follow-up to the classic “Sin senos no hay paraíso” (“Without Breasts, There Is No Paradise”) and it has it all, from love triangles to mafia violence.

Its three seasons will keep you engaged with continual twists and turns, each more outlandish than the last.

The complex storylines and many characters—not to mention the plot twists—make this an excellent choice for advanced speakers to put their Spanish knowledge to the test.

This series is currently not available on Netflix, but you can watch it on the official Telemundo YouTube channel.

Telemundo originally produced this prize-winning American telenovela, which debuted in 2013.

“El señor de los cielos” follows the life of a Mexican drug lord, Aurelio Casillas, as he tries to transport his product across the U.S.-Mexico border. The series also shows the lives of his wife, children and other family members.

This show is rife with the sort of drama you would expect from a telenovela: murders, fake deaths, characters posing as others, long-lost sons and more.

Choose this one if you are looking for a show so gripping that you will not be able to stop watching. Just like that, you will have irresistible Spanish practice at the click of a button.

This intense drama tells the story of Carlos Martínez, an undocumented immigrant living in Los Angeles. The show includes a healthy balance of touching, family-related plot-lines and telenovela drama, as the family increasingly struggles with gang-related violence. (No spoilers here, go watch it!)

Drawing upon HBO’s tradition of producing highly innovative television, “Los Espookys” is one of the most bizarre comedies to premiere in recent years.

The show follows a group of friends who use their love of horror to start a business where they are contracted to provide scary experiences for clients. Created by Julio Torres, Ana Fabrega and Fred Armisen, the show is bilingual Spanish-English (though mostly in Spanish) and truly strange.

It combines elements of horror, comedy and fantasy. Fans of Latin American magical realism will especially connect with “Los Espookys”—as will anyone who loves dark comedy or incredible set design. And if you want more, here’s good news: The show’s been renewed for a second season!

Fair warning: This show is intense. It centers around a maximum-security prison for women in Mexico City, and it tells the stories of the various women incarcerated there.

The series won a number of prizes and features an amazing, female-heavy ensemble cast.

Like others on the list, this show’s fast pace and difficult vocabulary make it especially well-suited for advanced learners.

Spanish TV Shows You Can Watch on Amazon Prime

This Spanish-produced romantic comedy will have you “awww”ing as you watch the two main characters, Javier and Marta, try to find love while they figuring out their professional and personal lives.

The series only has one season right now, but a second season has been confirmed, so you can let yourself fall in love with the characters.

This show is so lighthearted, adorable and easy to watch, that it is a great fit for Spanish learners who find it hard to keep up with more dramatic TV shows. The plot lines do not require as much attention as some of the telenovelas and dramas on the list, so you can get your language practice in without feeling drained. 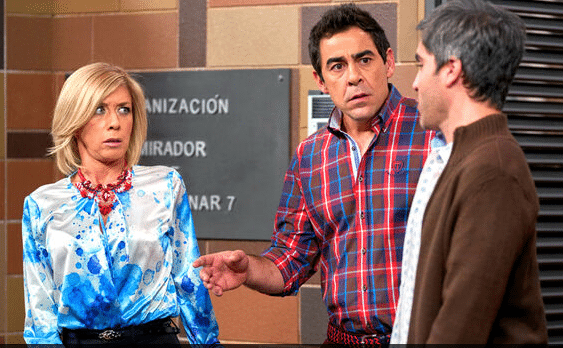 Generations of Spanish TV watchers bond over this classic sitcom set in Madrid. Why not join them? The show focuses on a group of neighbors in a suburban neighborhood, and it uses a lighthearted tone and lovable characters to explore deeper issues like the Spanish economic crisis, property shortages and interpersonal tensions.

This is a great show to pick up if you want some long-term Spanish practice: the show’s 141 episodes will certainly keep you busy until season 11 premieres. The intergenerational network of “La que se avecina” also makes it a great show for those looking to learn Spanish as a family. 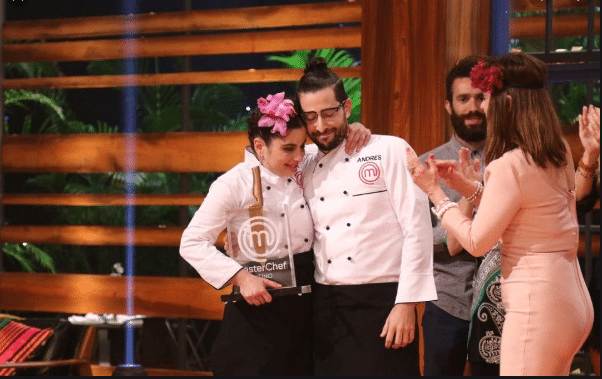 If you love food television (and really, who doesn’t?) then head over to Telemundo’s free streaming service to catch season two of the cooking competition show, “Master Chef Latino.”

In addition to full episodes, you will also be able to access interviews, behind-the-scenes footage and other exclusive content—all without a subscription.

“Master Chef Latino” is the undisputed choice if you are looking to focus on food and restaurant vocabulary. The competition-based nature of the show also means it is heavy on command conjugations, and since the participants are from many different countries, it is a great way to compare various Spanish accents.

The second season is available as well, though not all episodes are available in their entirety. 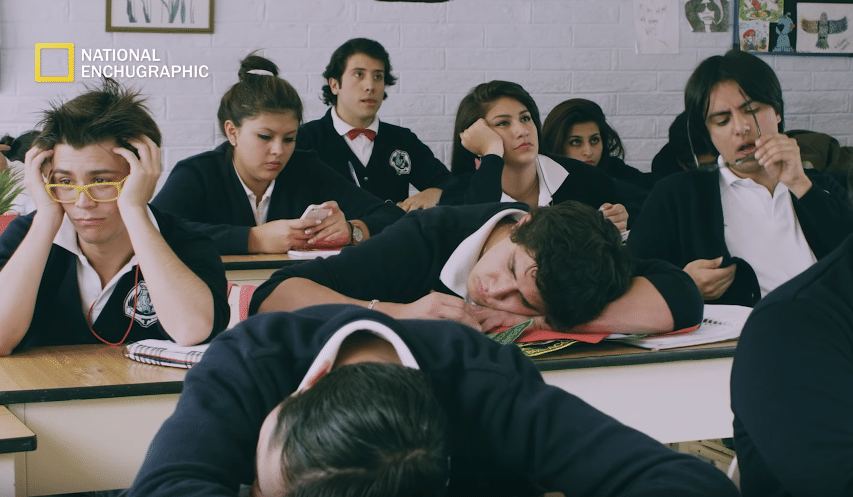 This Ecuadorian Spanish web series launched in 2011 offers a hilarious look into the daily experiences, customs, traditions and quirks that are all part of living in Ecuador. Over the past eight years, they have racked up over 20 million followers with their short sketches.

Even if you are not planning to travel to Ecuador, this web series is a great choice, particularly for those who do not have much time to study Spanish. Their clips range from 30 seconds to a few minutes long, so you never have an excuse to put off your Spanish study time.

The intricacies of comedy and local humor mean that even in a short time frame, you will still get a great Spanish learning session.

This is just the tip of the iceberg when it comes to great Spanish-language TV available to stream online. Whether you have Hulu, Netflix, HBO Go, Amazon Prime or none of the above, you can find great content that will keep you entertained as you learn Spanish with TV shows.

Why not pick one of these Spanish-language series and add a little drama and intrigue into your Spanish learning routine?