Take a minute and think of as many things as you can that have layers.

Okay, I might be hungry but hey, they all have layers!

But what about Spanish names?

I bet you didn’t first think of Spanish names when you thought about layers but I assure you, they have lots of them!

The Importance of Choosing the Right Spanish Name

Baby naming is a big deal in every culture but in a Spanish home, it’s an epic adventure.

Trust me, I know. I’m the product of just such an adventure!

Most Spanish families decide their children’s names with a few factors (layers!) in mind.

Names must be beautiful. Or, as my Tia Maria (Aunt Maria) says, they must be melodious.

They must be both thoughtful and thought-provoking. This means they should be more than a veneer. This tidbit comes from my Tio Manny (Uncle Manny).

And they must be meaningful. My cousin Lupita added this point and since her full name is Maria Magdalena Guadalupe I’m going to give her this one.

But enough about my relatives.

Let’s get to the melody, thought and meaning of some interesting Spanish names!

Some History and Facts About Spanish Last Names

Certain naming practices that have been adhered to for centuries were initiated mostly to avoid confusion, especially in small towns and between neighbors and relatives.

The -ez suffix used in surnames means “son of” and became a custom in an attempt to differentiate between two people with the same name.

It sounds confusing but it’s not. A few examples will clear this up, I promise:

Fernández? Son or daughter of Fernando.

And Martínez—that’s right, it means son or daughter of Martín.

Surnames have also evolved as a means to identify a person’s profession. Take these last names, for example:

You may have guessed that Torrero means bull keeper or bullfighter. It’s a derivative of toro (bull).

One last point on last names: In many Spanish-speaking countries, both parents’ surnames are used, effectively giving each baby two last names right from birth!

The first five names are feminine so guys, wait your turn. These are for ladies, only!

Paloma is derived from the Latin word palumbus which means “dove” or “pigeon.”

It’s lyrical, meaningful and as for layers? Doves and pigeons are both global symbols of peace—and that’s a multi-layered proposition in any language.

Beware, though. Paloma has an extra layer of meaning. In Chile, Venezuela and Nicaragua paloma is a slang word for the male genital. Don’t let that detract from the beauty of the name, though!

Dulce is an old name, originating in the Middle Ages from the Latin word dulcibella.

The derivative means “sweet,” which seems very logical given that dulce is the Spanish word for candy.

The name Solana is a spin-off from the Spanish word sol (sun).

Another one of my cousins is named Solana. Tia Anita loves to tell anyone who’ll listen that Solana was the delightful sunshine that came to the family on the day she was born—and that they knew she would be a ray of light so that’s why they picked Solana for her name!

We primas (cousins) used to roll our eyes over this when we were kids but now it seems like a cool way to add interest to a name.

Josefa is of Hebrew origin and this one’s about as layered as they come.

The Hebrew translation of Josefa is “God shall add”—and that’s pretty impactful, even before God adds anything!

Josefa is a heavy name with lighthearted nicknames: Pepa and, with the -ita suffix added, Pepita.

But even nicknames can have layers and some other meanings: The word pepa is Mexican slang for female genitals.

It’s not uncommon for names to be attributed to more than one time or place. It’s a big world, after all. So it shouldn’t be too surprising that this name has a few origins.

But it’s also diminutive of the word Guadalupe. Guadalupe itself is both a place in Mexico as well as a Spanish title for Nuestra Señora de Guadalupe (the Virgin Mary).

Because of its connection to the Mexican site, this is a wildly popular name in Mexico!

Lupe is a name with lots of meanings and loads of layers. It’s also very melodious, so it pretty much hits every Spanish naming rule!

And just to top things off, Lupe spins off the nickname Lupita, which means “little wolf” or “little wolf river.”

And now, five masculine names that mean more than meets the eye. They’re all popular, interesting and pleasing to the ear.

Yes, my relatives would approve!

Jesús is pronounced hay-SOOS. It is, as you may have guessed, the Hispanic version of Jesus and it’s rooted in the Catholic religion that’s prevalent in most Spanish countries.

It’s steeped in meaning and while it’s a simple, two-syllable, easy-to-spell name it’s also multi-layered. After all, the name references the central figure in an entire religious affiliation!

Many people abbreviate this name to Chuy (pronounced “chewy”). I have no idea how this is the nickname but, hey, I don’t question why something is—I just relay the information!

So if you’re in Mexico and the guy you meet in the market introduces himself as Chuy, chances are his madre (mother) named him Jesús.

Abejundio is a popular name related to the Spanish word abeja (bee). It means “bee-like.”

This is a fairly popular name in the UK.

Often, Abejundio is shortened to Abe.

Another one of my cousins (I have many cousins!) is named Abejundio and his mother refused to let the beautiful name be cut at all. So my cousin spent his early years scowling at schoolmates who followed him down the hallways making buzzing sounds.

In the spirit of transparency, I must admit I may have buzzed at him a time—or twenty—myself.

Fernando is a common name with an adventurous connotation. It loosely translates into “bold voyager” although it’s sometimes shortened to Nando.

And in a case of the entertainment industry influencing society, the vintage Abba song definitely helped to popularize the name Fernando!

Ignacio comes from the Latin word ignus (fire). The similar name Ignatius is also derived from the same Latin word.

This sizzling name packs an interesting nickname: Nacho. That reference to snack food puts the name on a casual level while holding true to the connotation of something that’s hot and fiery.

Juan is, of course, Spanish for John—and John is generally accepted to mean “God is gracious.” Bonifacio translates to mean “benefactor.”

In this case, Juan, which is so common, paired with the less-familiar Bonifacio translates into something akin to “God is a gracious benefactor.”

There’s no doubt about it, that’s a whole lot of meaning to contemplate—and more layers than we’ve got time to discuss here!

“Hello. My name is Inigo Montoya. You killed my father. Prepare to die.” 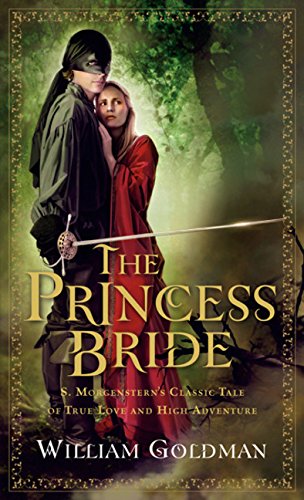 In the “The Princess Bride,” the William Goldman novel that was adapted to the screen, the fictional character Inigo Montoya had an unforgettable name. It absolutely fits this character’s personality and actions and anyone who’s watched the movie or read the book will never discount Inigo as being fiery and strong.

Thanks to Ignatius, we know these names both derive from the Latin ignus—fire!

Name meanings come from many sources. If they catch on, they can be used for centuries.

Understanding the culture and language behind Spanish names can help you understand the meaning behind them.

If you want to develop a deeper understanding of the Spanish language and the cultures that use it, you can try learning a language with FluentU.

FluentU is an app that uses videos from native sources to teach you a language, and it can give you a chance to hear Spanish words and names used in context.

If you’ve got a baby or book character to name, why not consider one of these? They’re all meaningful and easy on the ear. And, I hear the name Inigo will be remembered for a long, long time.