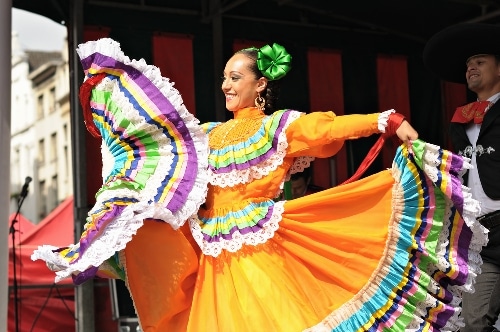 The Essential Guide to Speaking Spanish Like a True Mexican

Looking to have a huge head start when you travel to Mexico?

Want to impress the locals with your Spanish?

Whether you want to better understand what’s going on around you or show off your language skills, one thing is true:

But let me take a wild guess: Your Spanish teacher never taught you words like “chida” or “chelas” in class, right?

Even if you speak Spanish at an intermediate level or above, if you’ve never spent any time in Mexico then you’ve probably never seen those words before.

In fact, even if you’ve got a handle on the way Argentinians, Chileans or Spaniards speak, the peculiarities of Mexican Spanish slang can leave you feeling in the dark.

But that’s why we’re going to give you a brief introduction to the country’s unique version of Spanish—and by the time we’re done, you’ll be able to understand a full conversation between two Mexicans.

Before we jump right into the slang, let’s take a look at some of the general characteristics of Mexican Spanish.

Some Basic Information on Mexican Spanish

Here’s the good news—if you began learning Spanish in school somewhere in the United States, Mexican Spanish is most likely the style you’re already familiar with. But if you’re from another part of the world or have just been studying independently, here’s what you need to know:

Got it? Now that we’ve got the basics out of the way, it’s time to get to the heart of the matter. Let’s take a look at a few prominent themes running throughout Mexican Spanish slang:

Mexican Spanish Slang About… My Parents? 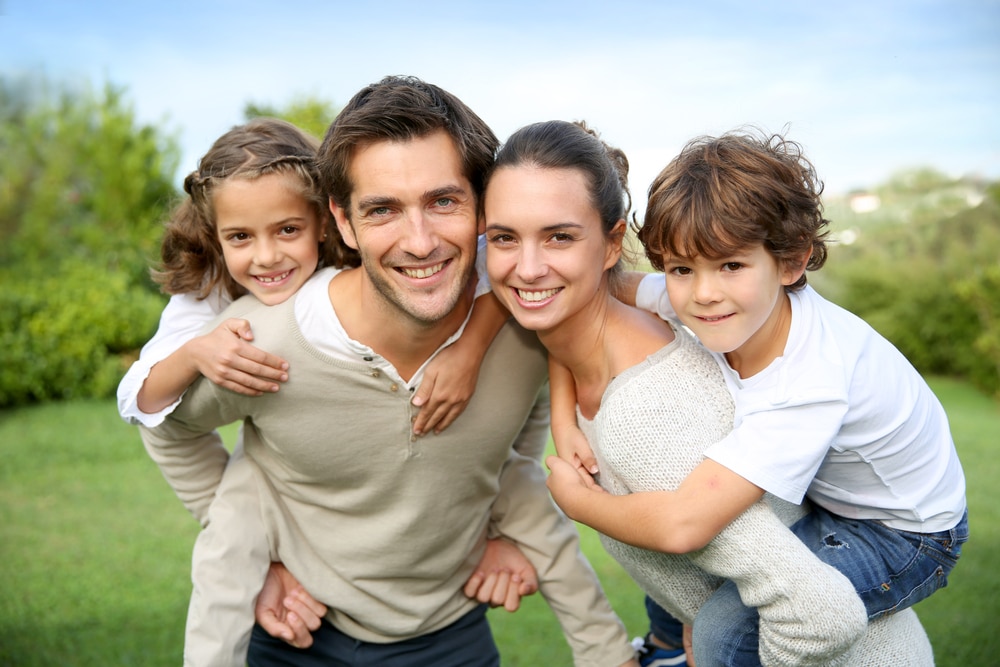 Padre (father) and madre (mother) are two popular words used in a variety of Mexican Spanish slang phrases. In what seems to be a direct connection to the sexism that has historically pervaded Mexican culture, we can generally understand padre to be a positive word and madre to be a negative one.

Confused? Let’s look at some examples:

This phrase’s literal translation, “How father!,” doesn’t make much sense at all—which will, of course, become a running theme in an article on slang! That said, it can be understood to mean “Cool!” or “Awesome!” and is without a doubt one of the most commonly used phrases punctuating day-to-day Mexican Spanish.

Translated literally as, “It’s worth a mother to me,” this phrase is used to say “I don’t care” or “It doesn’t matter to me at all.” It’s not quite a curse, but it can be considered offensive in more formal situations.

Literally translated as “little mother,” this is sort of an inversion on the “mother” theme. Because it’s only a little bit mother, this phrase is used to describe something really cool. Once again, this phrase can be considered offensive and is mostly used among groups of young men.

Though every Mexican has a different take on things, the gender-loaded nature of these slang phrases is beginning to come under a bit of scrutiny in modern Mexico.

The use of padre is generally fine, but many women (and some men) do take offense at the negative use of the word madre. It’s good to understand how the word is used, but it’s probably best to avoid using it yourself.

Some Mexican Slang for Food and Drink 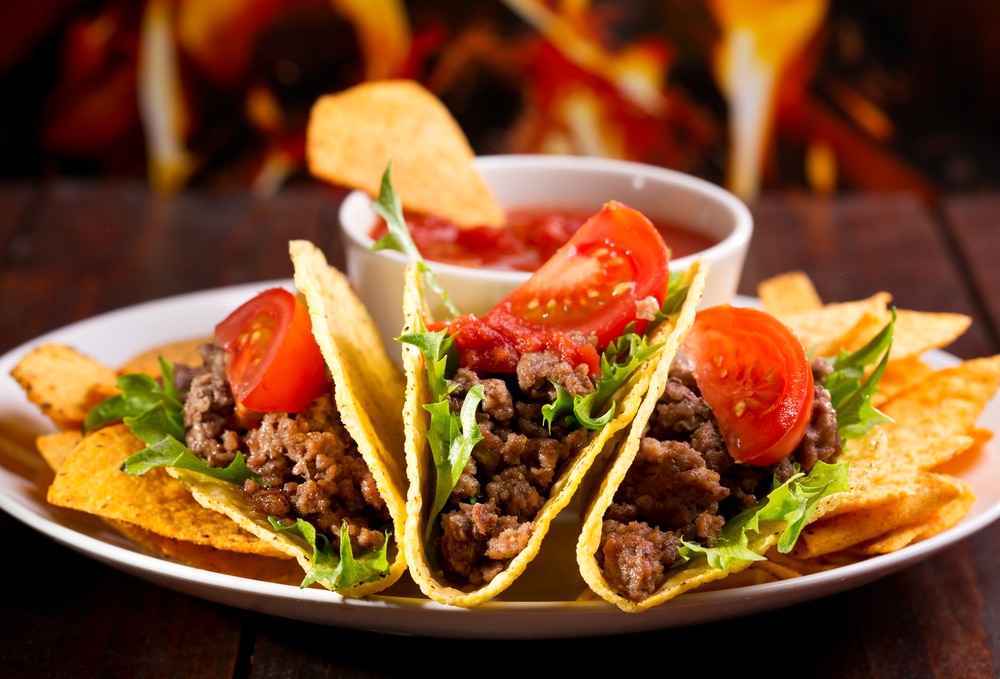 Literally a “strawberry,” a fresa is not something you want to be. Somewhat similar to the word “preppy” in the United States but even more negative in its connotations, a fresa is a young person from a wealthy family who is self-centered, superficial and materialistic.

This phrase is used throughout Mexico to mean “Be careful!” or “Look out!” Literally meaning “waters,” it’s possible that this usage evolved from housewives throwing buckets of water to clean the sidewalks in front of their homes.

Huevos (eggs), it must be said, make up an entire family of Mexican Spanish slang. They’re often used to denote a specific part of the male anatomy—you can probably guess which—and they’re also used in a wide variety of slang phrases. ¡A huevo! is perhaps the most popular one, and it’s basically a vulgar way to show excitement or approval. Think “F yeah!” without the self-censorship.

Are you already loving all this casual, modern Spanish? Then I’m going to stop you right here and have you check out FluentU.

FluentU takes real-world videos—including cooking shows, street interviews, movie trailers and music videos—and turns them into language lessons you can use in everyday life. Just take a look at this small sample:

Since these videos are made for modern native Spanish speakers, the language used is exactly what you’d hear in the streets of Mexico City.

For example, you could use FluentU videos to learn Spanish with tips for safe cycling in Mexico City, “Mexico’s Next Top Model” and Belinda, Mexico’s reigning princess of pop.

Since you’re just acclimating your ear to Mexican Spanish, FluentU is there to help you out with downloadable transcripts, active learning tools and interactive captions in English and Spanish.

Multimedia flashcards and vocabulary lists will be made from the new vocabulary and grammar you encounter while watching your chosen videos, so you can really study and reinforce everything you’ve been learning.

Start using FluentU on the website with your computer or tablet or, better yet, download the FluentU app from the iTunes store or get it on Google Play for Android devices.

These are the slang phrases that don’t really fall into any specific “category,” but are used popularly nonetheless.

These two phrases are essentially one in the same, hence why we’ve grouped them together. Literally meaning “Don’t stain!” and “Don’t suck!,” respectively, they’re used typically in conversation to express a sentiment of “No way!” or in less friendly situations, “Don’t mess with me.”

No manches is totally benign, but no mames is considered vulgar and can potentially be offensive.

This word is simply a fun way to say “cool” in Mexican Spanish. Despite its status as slang, it’s not vulgar or offensive in the least—so have fun with it! It can be used as both a standalone exclamation (¡Qué chido!) or as an adjective (un carro chido).

We’ve also seen this one written as wey and even buey in older sources, but it’s generally accepted that güey is the way to go. No matter how you write it, it’s basically pronounced like the English word “way” and it’s one of the most quintessential Mexican slang words.

Originally used to mean “a stupid person,” the word eventually morphed into a term of endearment similar to the English “dude.” It’s also one of those strange words that can be used to insult a friend in an endearing manner if you’ve seen them do something silly or stupid.

There’s no way to translate this one literally, it just comes back as nonsense. Mexicans, however, use it to say “Really?” when they’re feeling incredulous.

An exclamation basically meaning “Right on!” or in some situations a message of approval like “Let’s do it,” órale is another Mexican slang word that is considered unoffensive, and is appropriate for almost any social situation. It can be said quickly and excitedly or offered up with a long, drawn-out “o” sound.

Simple enough, chela is Mexican Spanish slang word for “beer.” There’s not much more to be said about this one…

Perhaps not slang technically, this word is uttered daily all across Mexico and we couldn’t leave it off the list! It’s literally the formal imperative form of the verb mandar (to command), perhaps ironically commanding someone to command you.

However, it’s used in Mexico in place of ¿Qué? or ¿Cómo? to respond when someone says your name. We’ve heard it explained that this response is a legacy of the especially brutal Spanish colonial era in Mexico, when people were forced to act with extreme deference to their superiors.

So what do you know… that’s the end of the list! Remember how I said you’d be able to understand a full conversation after reading this post? Let’s take a look at one:

Bueno pues… ¿vamos pa’ unas chelas? (Alright then… How about we go out for some beers?)

¡Órale! Mejor eso. Nos vemos entonces. (Right on! That’s more like it. See you then.)

It makes a lot more sense now than it would have at the start, doesn’t it?

Now that you’re getting pretty well acquainted with Mexican Spanish, we also recommend you try out Gritty Spanish for realistic and fun audio learning. This is a program that’s not afraid to be bold, using vulgarity, curses and slang in their educational dialogues. And they often include the voices of native Spanish speakers from Mexico, who use their Mexican accents and slang to the max.

Assuming you’re all grown up and not opposed to offensive language, take it for a spin—they have free materials on their site which you can sample.

Then get out there and start speaking some real Mexican Spanish!

Jim Dobrowolski is a freelance writer, a passionate language learner and the proud husband of a dentist from Mexico. When he’s not working or blogging at Spanish Learner Central, he might be found strumming a guitar, climbing a small mountain or exploring his newly adopted hometown of Buffalo, New York.