The Complete Guide to Seasons in Spanish Every Learner Needs

If you’re learning Spanish, the seasons are important words you’ll use when discussing everyday topics.

Seasons are especially relevant since Spanish-speaking countries span so much of the globe, including various climates and places in different hemispheres.

In this post, you’ll learn useful vocabulary for each season, how to talk about them with correct grammar and the difference between the words la estación and la temporada.

Let’s get into it.

Las Estaciones — The “Seasons” in Spanish

First, you need to know how to say “seasons” in Spanish. It’s simple: estaciones.

Then we have the four estaciones, which are: la primavera (spring), el verano (summer), el otoño (autumn) and el invierno (winter).

It’s also important to note that some places close to the equator experience little seasonal variation, which is why we’ve added la estación lluviosa (rainy season) and la estación seca (dry season) to the end of this section.

Everyone loves spring, right? The world starts to wake up after its winter hibernation, leaves return to the trees and flowers start to bloom.

Let’s have a look at some of the ways you can describe this beautiful time of the year:

Summer has got to be the most hyped season—and for good reason! Life just feels easier in summer, and everyone seems happier.

If you’re part of the majority who love summer, it’s worth knowing some of the major summer vocabulary in Spanish:

Autumn is probably the most underrated season in my opinion.

It’s a welcome respite after the heat of summer, and (depending on where you live, of course) the colors in the world around you make autumn incredibly beautiful. It’s also the time of year it’s acceptable to start drinking pumpkin spice lattes again—yay!

Let’s have a look at some autumnal vocab:

In the mood to learn more autumn vocabulary? Check out our post on fall words next.

Lastly we have winter. Probably the most polarizing of the seasons, winter is undeniably as cozy as it is powerful.

Love it or hate it, it comes around every year and there’s no stopping it—so you may as well learn how to describe it in Spanish!

You can wrap up your winter Spanish studying with this post on more winter vocabulary.

Many of us aren’t familiar with rainy seasons, as they usually occur in countries located close to the equator.

We have however included la estación lluviosa because it’s experienced by several countries in Latin America!

In contrast to the rainy season, we have the dry season.

I don’t know about you, but I think I know which one I like the sound of more!

How to Talk About the Seasons in Spanish 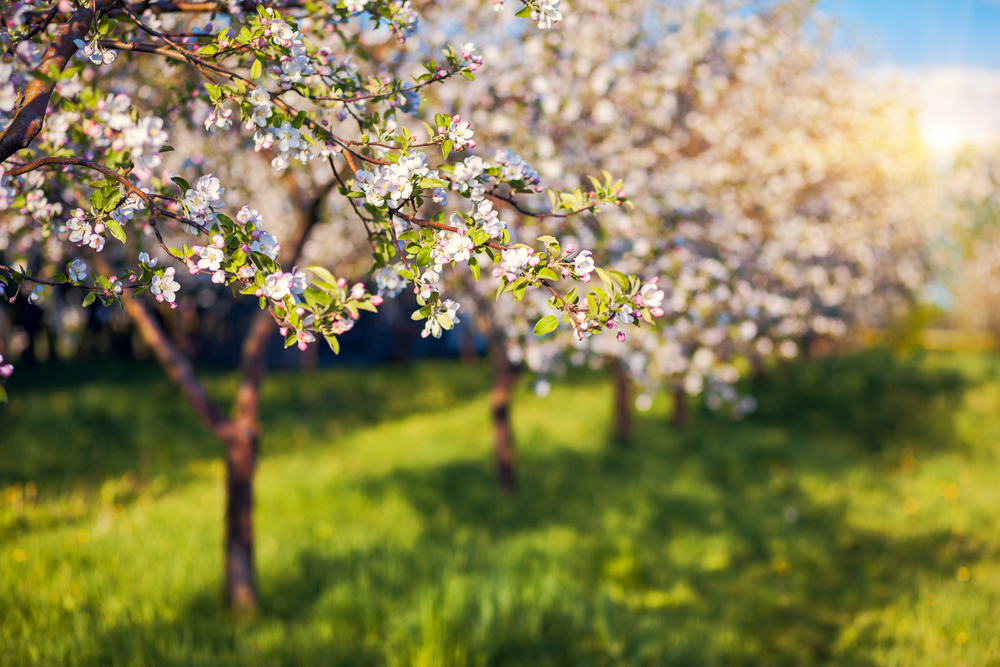 The definite article is used with the seasons more often than in English. This is true in both singular and plural forms. Note the definite articles el, la, los and las—all equivalent to English “the”—in these examples:

There are exceptions, specifically after the verb ser (to be) or the prepositions en or de (usually “in” or “of” in English).

In English, the nouns for seasons can become the following adjectives: spring, summery, autumnal/fall and wintery.

Like most adjectives in Spanish, they go after the noun.

Take a look at these sentences:

Hay muchas tradiciones durante las fiestas otoñales.
(There are many traditions during the fall holidays.)

“Summer” and “winter” are also verbs in English, such as in the sentence, “My family always summers in the south of France.”

Similarly, verano and invierno have verb forms in Spanish: veranear and invernar.

They’re both -ar verbs and conjugated accordingly. Read through some examples:

Ella normalmente veranea junto a su familia.
(She usually summers together with her family.)

Desearía poder invernar en Cancún.
(I wish I could winter in Cancún.)

The Difference Between Estación and Temporada 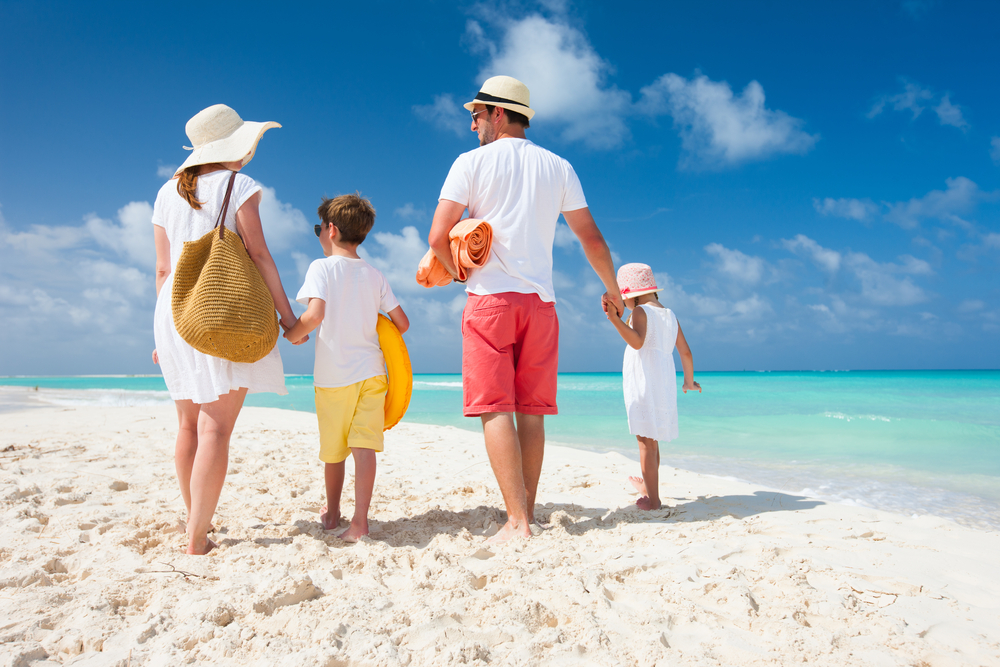 The English word “season” has two distinct translations in Spanish.

If you’re talking about a part of the year like winter or summer, the word is la estación.

However, if you’re referring to a set time period during which an event takes place or something is available (like a sports season or a seasonal fruit), you use the word la temporada.

Look at these examples to get a better idea:

Before we wrap up, here are other ways you can talk about the seasons in Spanish:

These sentences are a good start for getting a sense of how native speakers talk about the seasons.

If you’re looking to get more familiar with this sort of vocabulary, you might want to find sources of native speech like news reports or travel videos.

You can use a program like FluentU to learn Spanish as it’s used in context by native speakers. This app and website teaches you using videos sorted by topic and difficulty, letting you find material at your level that interests you. 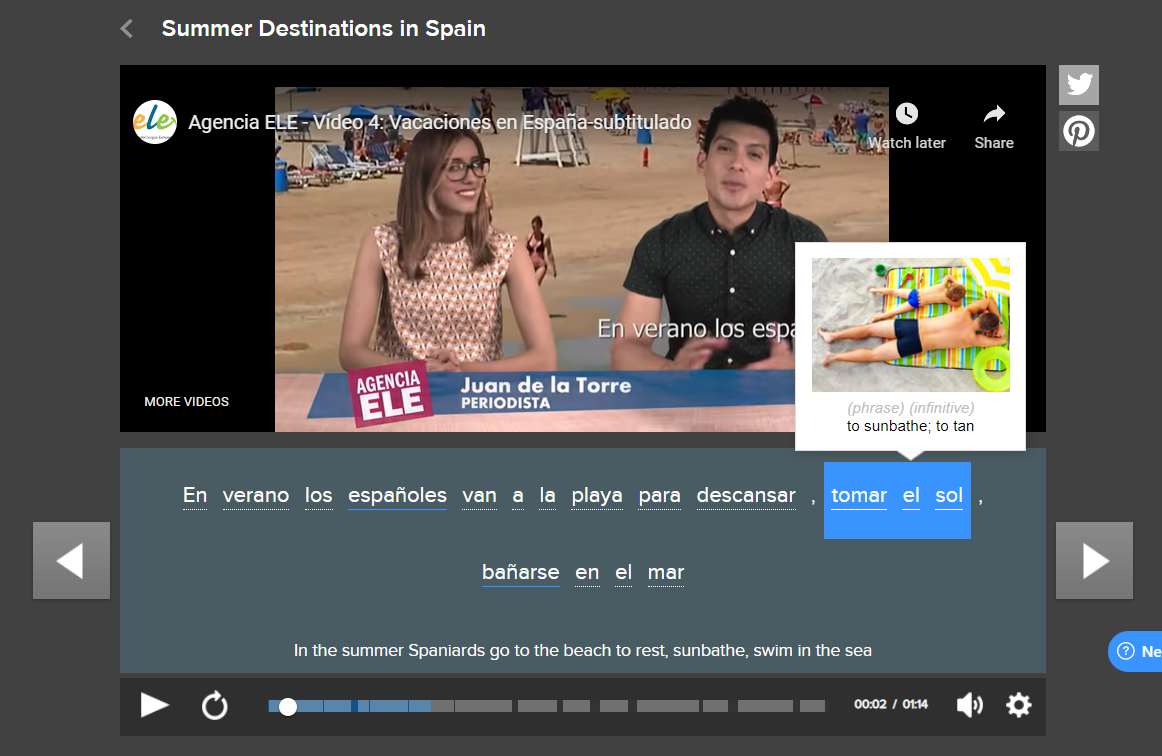 The videos all include interactive captions, letting you look up translations and example sentences for each word in a video. You can then reinforce your new Spanish knowledge with flashcards and personalized quizzes.

Wherever you go next to pick up new Spanish season vocabulary and phrases, the key is to practice and keep finding new ways to expose yourself to the language.

Knowing how to talk about the seasons in Spanish opens up a whole world to you. Spanish-speaking countries aren’t just summer vacation spots anymore.

Now you can communicate all year round, from icy winters in the Andes mountains to flowery springs in Andalusia.

Whenever and wherever you decide to go, just take this vocabulary with you.