Chestnuts roasting by an open fire.

The screams of happy children making snowmen in the street.

The smell of eggnog in the air…

But hang on. How do you say winter in Spanish? What’s the word for snowman? For chestnut? Fire? Eggnog?

If the thought of all these new words makes you want to go into hibernación (hibernation), stop right there. Put down that blanket, pause that movie and stop running for the castañas (chestnuts). (There you go, you learned a new word already!)

But what is winter vocabulary anyway? Is it really that different from the words you’ve been using this fall? Or summer?

The good news is that most of the words you’ll use every day stay the same. A manzana (apple) is still a manzana, and mañana (tomorrow) is still mañana whatever the season—even if you do sleep through a whole day by accident.

But just as you may use the Spanish words for pool (piscina), beach (playa) and barbecue (asado) more often in the summer, there are some winter words you’ll find useful once it starts to get cold.

And we’ve helpfully rounded them up for you so that by the time you’ve finished this post, you’ll have all the vocabulary you need to get you through the chilly months. 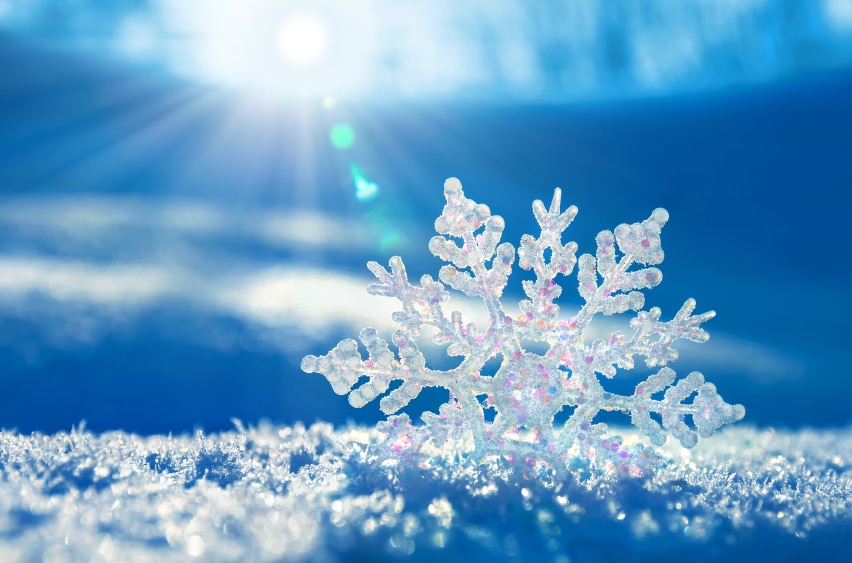 A favorite pastime of many nationalities, talking about the weather never gets old.

Note that the verb for “to snow” is nevar, so if you wake up and the world has turned white overnight (as if by magic, but we know it’s actually the wonder of science), you can say “¡Está nevando! (It’s snowing) or “¡Mira! ¡Hay mucha nieve!” (Look! There’s loads of snow!)

You can then go outside to admire the copos de nieve, and make your very own muñeco de nieve. You could even make a bola de nieve (snowball) and start a batalla de bolas de nieve (a snowball fight) before the tormenta de nieve starts and you have to run back inside again.

You might also want to talk about aguanieve (slush), the sensación térmica por el viento (a wind-chill) or how the temperature is bajo cero (below freezing). You could say “Hace dos grados bajo cero” (It’s two degrees below freezing), or replace “dos” with however many degrees below zero it is.

Another Spanish word you’ll definitely need if you drive a car is rasqueta (ice scraper), and you might even need a pala (shovel) to dig yourself out of your home.

But snow isn’t the only type of wintery weather you might be up against, there’s also la niebla (fog), el granizo (hailstones) and you have to be careful that your car or windows don’t empañarse (mist or fog up).

You’ll also have to avoid el hielo (ice) and watch out for the morning escarcha (frost).

Now if this picture isn’t looking particularly pleasant, that’s because it isn’t.

Just kidding. The holiday and New Year are soon coming to cheer you up, and there’s also a myriad of winter activities you can do to make the most of the weather. 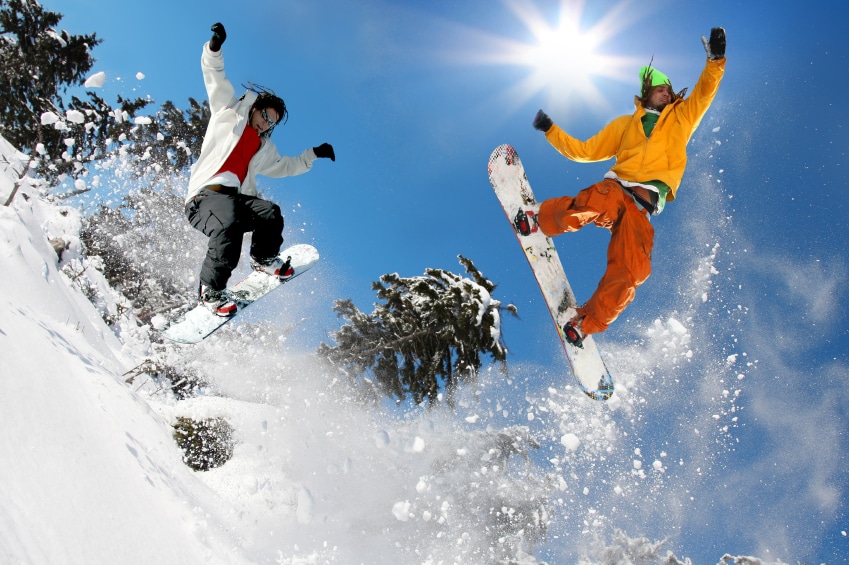 The most obvious winter activity is el esquí (skiing). So you can esquiar (to ski) all day if you want to. You could also try a bit of snowboard–there are no prizes for translating that one. But the verb is hacer snowboard, in case you were wondering.

But probably the most fun thing about the snow is andar en trineo (sledding). The word for sled is trineo. So yes, Papá Noel (Santa Claus) rides a trineo. And he has renos (reindeers). According to traditional urban legend, of course.

Other activities you might want to do outside are hockey sobre hielo (ice hockey), for which you’ll need a palo de hockey (hockey stick) or a disco (puck).

And if you’re feeling artistic, and maybe inspired by Edward Scissorhands, you can make an escultura de hielo (ice sculpture).

But when it all gets a bit much and you’re feeling tired, just quedarse adentro/en casa (stay inside/home) next to el fuego (the fire). You could even jugar a las cartas (play cards), do a rompecabezas (jigsaw puzzle), play a juego de mesa (board game), or for the more modern winter recluse, navegar en internet (surf the internet) or watch a peli (película – film). 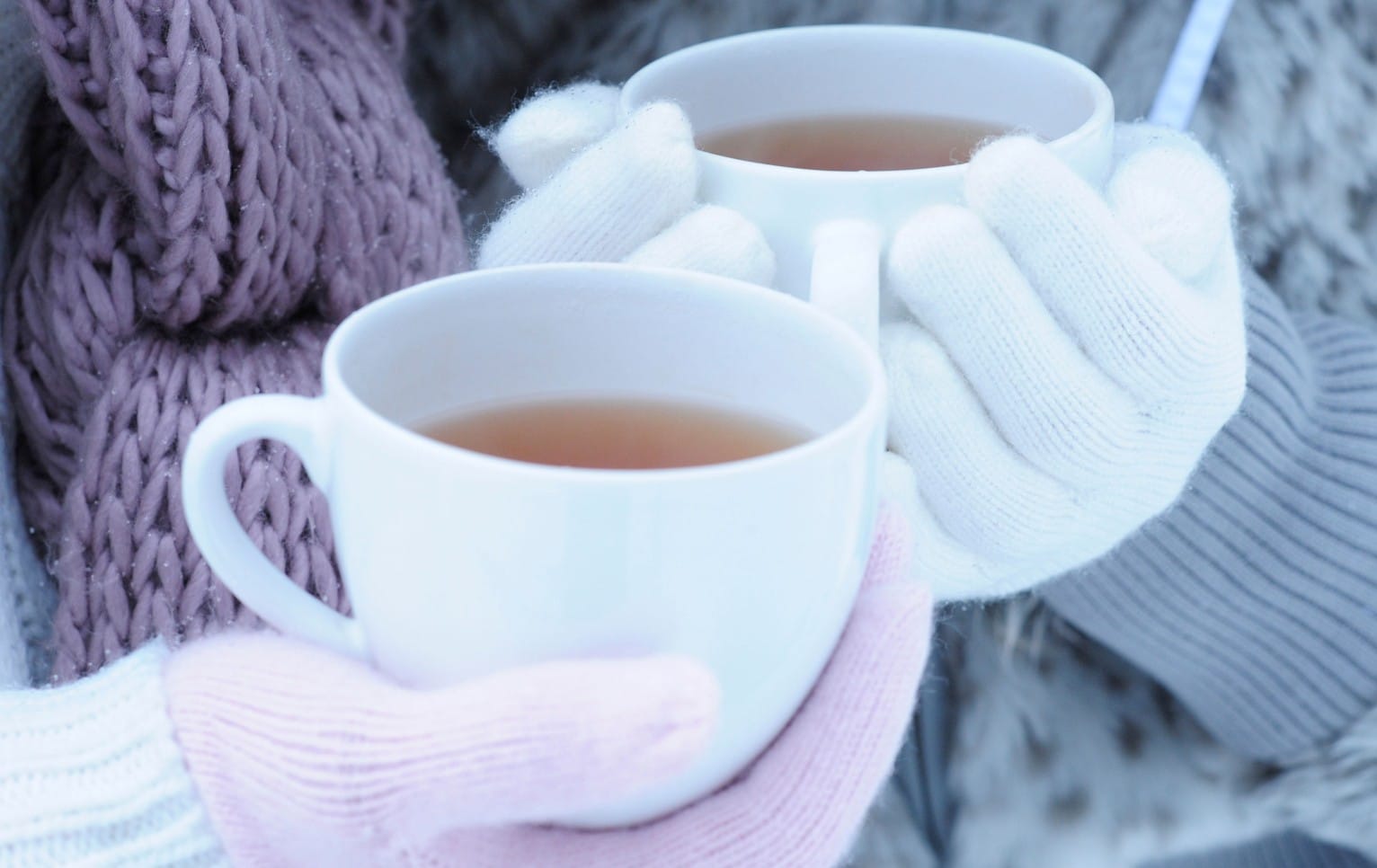 But this wintery picture isn’t quite complete without some wintery food to warm up. You might want to add a nice cup of chocolate caliente (hot chocolate) to the above scene. Or perhaps have el ponche de huevo (eggnog). Or some vino caliente. Or maybe a whisky. Or just any drink that warms you up. Seriously, anything will do.

And while winter foods vary around the world, you certainly can’t go wrong with a warming estofado or guiso (stew), with some delicious sopa (soup), or some winter vegetables such as la chirivía (parsnip), la calabaza (pumpkin) or repollitos de bruselas (brussel sprouts), all cooked al horno (roasted). Yum. 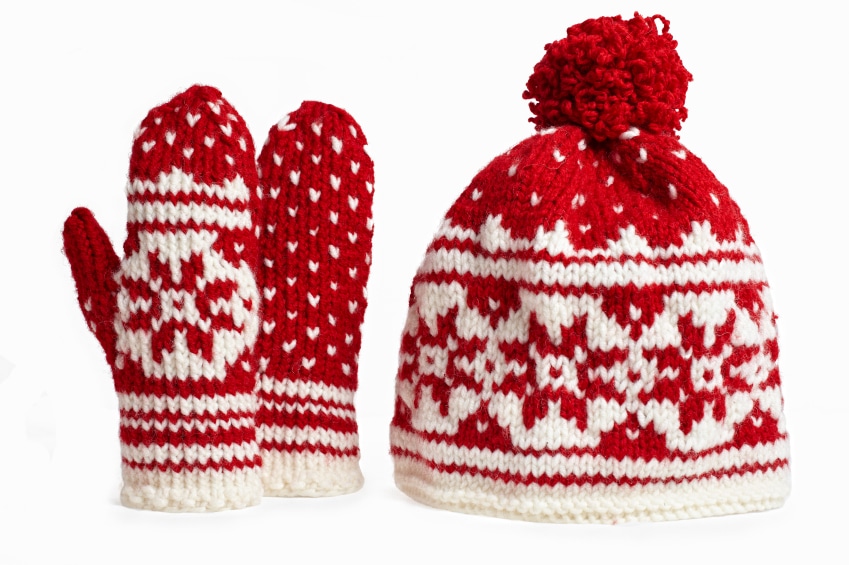 For those without heating, sometimes it can feel as if you need to wear every piece of clothing you own not only outside, but inside the house, just to keep warm. In Spanish, there is a special verb for wrapping up warm: abrigarse. The adjective is abrigado(a).

So here’s a list of the items we suggest putting on to make sure you are nice and abrigado(a) before you venture outdoors/out of bed.

If you’re still freezing, wear lots of layers (capas), and then add el traje de esquí (a skisuit) on top of it all. If you still can’t feel your legs, you should consider either moving somewhere warmer, or seeing a doctor.

What else could you possibly need to know about winter? Well, el invierno can be the time where you get sick. So watch out for those resfriados (colds). You may find yourself with rather more mocos (snot) than usual, and maybe you’re estornudando (sneezing) every five minutes. You should check you don’t have a fiebre (fever). If you do, you could have gripe (flu), or be engripado (to have the flu).

Stock up on the tissues (los pañuelos) and after some reposo (bedrest) and lots of hot drinks, you should be fine.

You might also want to talk to the person you live with about the heating. This could potentially lead to arguments if you want to turn it up (subirla), and your roommate wants to turn it down (bajarla). Either way, you’ll need to know that the boiler is called el calefón/el calentador, the heater is la estufa and the heating is called la calefacción.

But what’s the most important word for winter? It’s probably las vacaciones (the holidays), so even if you are arguing about the heating, at least you don’t have to go to work/school.

Now, where did you put that trineo?

Become a master of Spanish seasonal vocabulary faster than you ever thought possible!

Have fun! And don’t forget to abrigarse!