Netflix may not seem like the most conventional tool for learning Russian, but don’t knock it ’til you’ve tried it.

With Netflix, teaching yourself Russian can be both productive and fun. You can learn by immersing yourself in Russian movies while using a good old-fashioned DVD player or watching online.

Read on to get informed about some of the best Russian movies that are currently on Netflix, and try it for yourself.

There’s been so much talk about the negative aspect of television on learning that it may be hard to believe movies can actually be a good source for learning a new language. However, according to statistical language learning, it may be the very thing you need.

Statistical language learning is basically the idea that one of the ways babies learn to speak is through listening to speech and then using their brains to make patterns of the sounds they hear. So in the same way, the more you immerse yourself in simply listening to a language, the easier it will be to learn words and correct pronunciations. Come on, if a baby can do this, surely you can!

Another benefit of using movies to learn Russian is that you can stay engaged by utilizing two senses—listening and sight—at the same time. In addition to visuals, you’ll be able to hear the correct pronunciation and the context for a word or phrase (while simultaneously reading its translation if you like).

And, believe us, you’ll want to hear the pronunciations of Russian words. Just try learning to pronounce some of the hardest Russian words, such as преподаватель (teacher) or Здравствуйте (hello), without an example.

So the short answer is “yes,” watching Russian movies can definitely help you learn Russian!

What Are the Benefits of Learning Russian Through Russian Netflix Movies?

Okay, but so other than watching some potentially awesome Russian films, what are the benefits specifically of learning with Netflix?

The 8 Best Movies on Netflix for Russian Learners

To make your search easier, we picked our eight favorite Russian movies on Netflix for you. Some of these are available for streaming, while others have to be ordered on DVD. 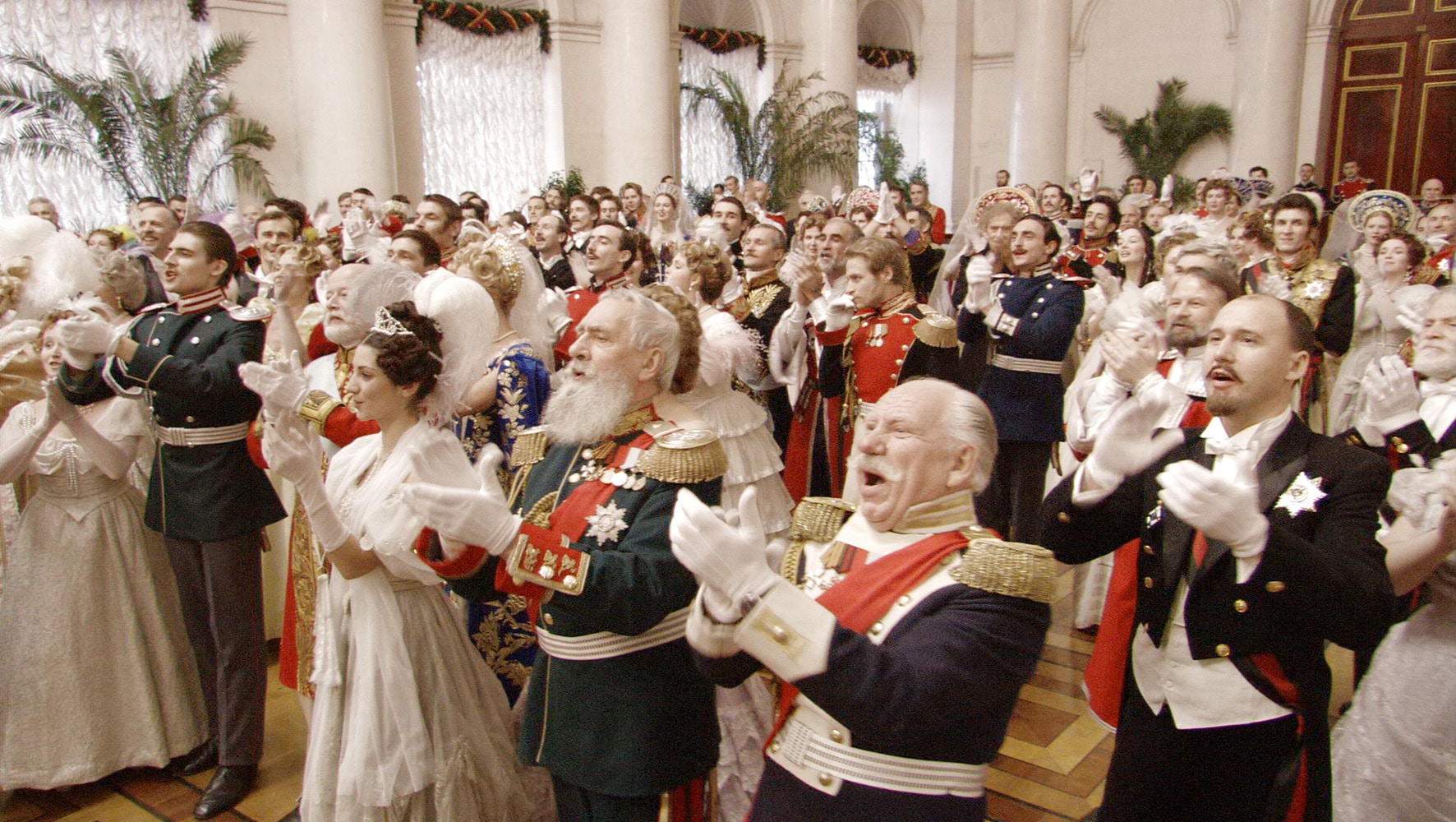 A tribute to the world-famous Hermitage Museum in Russia’s St. Petersburg, this impressive 96-minute film is shot in one continuous take, employing over 2,000 actors and extras.

“Russian Ark” starts as a modern artist unexpectedly ends up in the Hermitage during the 1800s, and with the help of The Marquis, a French diplomat, wanders through the galleries. Viewers are taken on a thrilling journey, and Russian imperial history comes to life as the artist and The Marquis meet monarchs, such as Peter the Great and Nicholas II, and witness events from Russia’s time of the czars, like royal balls.

“Russian Ark” can double as a virtual tour for those who don’t have a Russian visa and can’t visit the Hermitage. An added benefit is that viewers can learn about Russian history as well as the language, a great two-for-one. 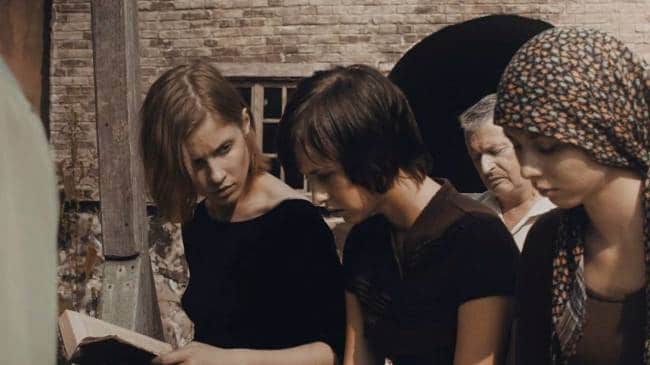 This horror film is perfect for those who would like to learn Russian while being scared out of their minds. The story focuses on two sisters, Mirra and Ayia, whose mother died from a disease that has taken the lives of many others. When Mirra also falls ill, Ayia tries to save her with traditional medicine, which doesn’t work.

The older sister reaches out to a priest, Father Herman, who helps her “treat” Mirra by reaching into her subconscious mind. By trying to find the root cause of the girl’s illness, can Ayia help her sister survive? Use this as a learning tool for acquiring various religious sayings, which you may not hear in other Russian films. 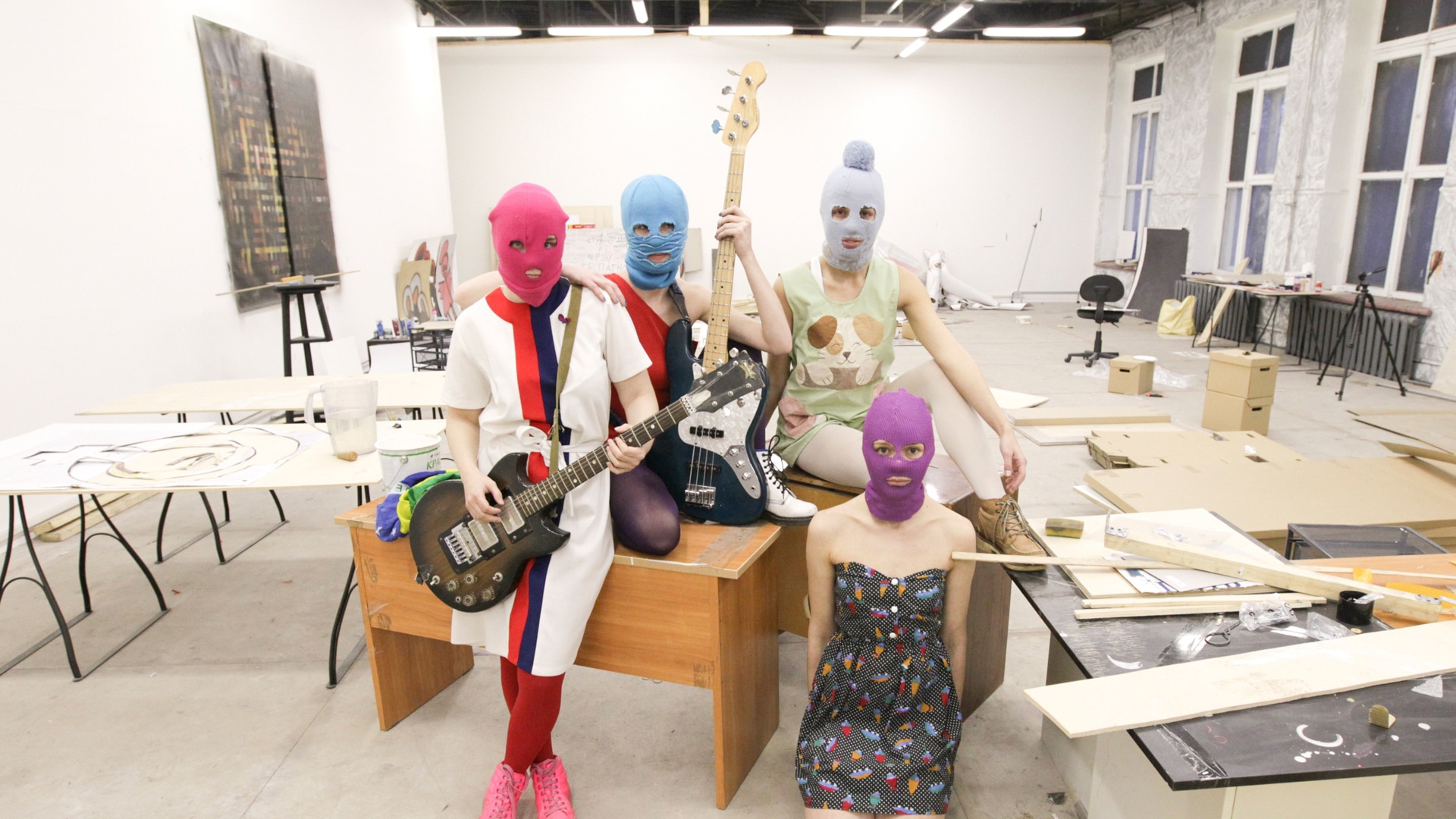 This film follows the story of a Russian girl band, Pussy Riot. The band became famous in 2012, when religious leaders canceled a performance of theirs which was to be held in a church. The group decided to protest the action, and the church’s support for Russia’s controversial leader, Vladimir Putin. To voice their outrage, they created a music video, which they called “Punk Prayer – Mother of God, Chase Putin Away!”

As a result of this action, three of the members were arrested, held without bail, convicted of “hooliganism” motivated by religious hatred and given a two-year prison sentence. The other two members left Russia to avoid being prosecuted. One of the member’s sentences was suspended, but the other two were ultimately sent to prison, amid protests from human rights organizations around the world.

This documentary interviews the families of the group members and shows footage of the court proceedings. Russian language learners will be able to hear language as it’s used in today’s real-world Russia, in courts and on newsreels, an option not offered in your average film. 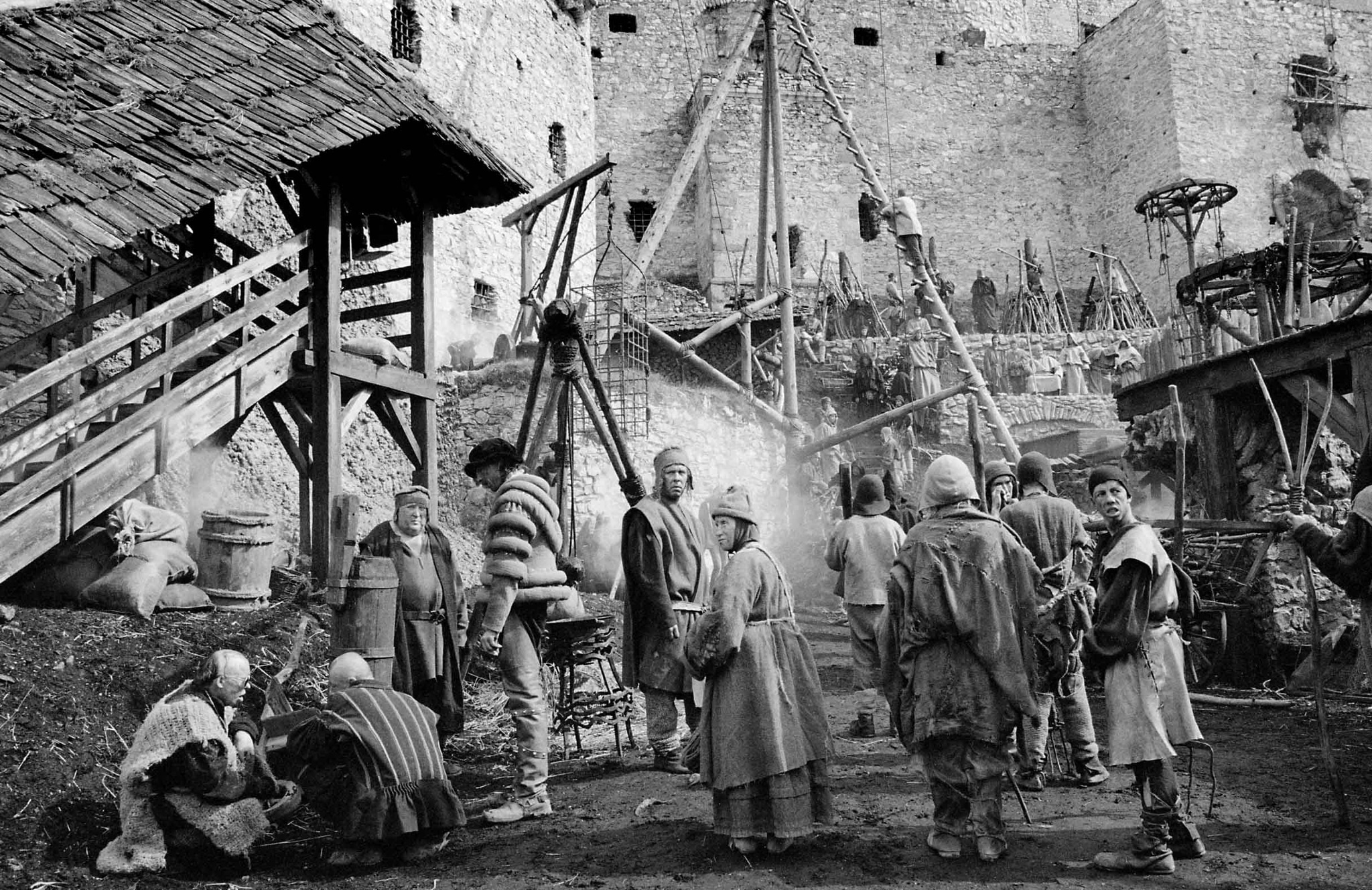 This 2013 science fiction film shows scientists who were sent to a fictional planet, Arkanar, to help establish a modern civilization. The planet’s inhabitants are living in a medieval society, which the scientists must help to progress without using violence or murder. Tough questions are raised in this film, such as what God would do in certain situations. The film is set in the Middle Ages, as this planet never had a Renaissance period, so you’ll hear some archaic Russian language spoken. 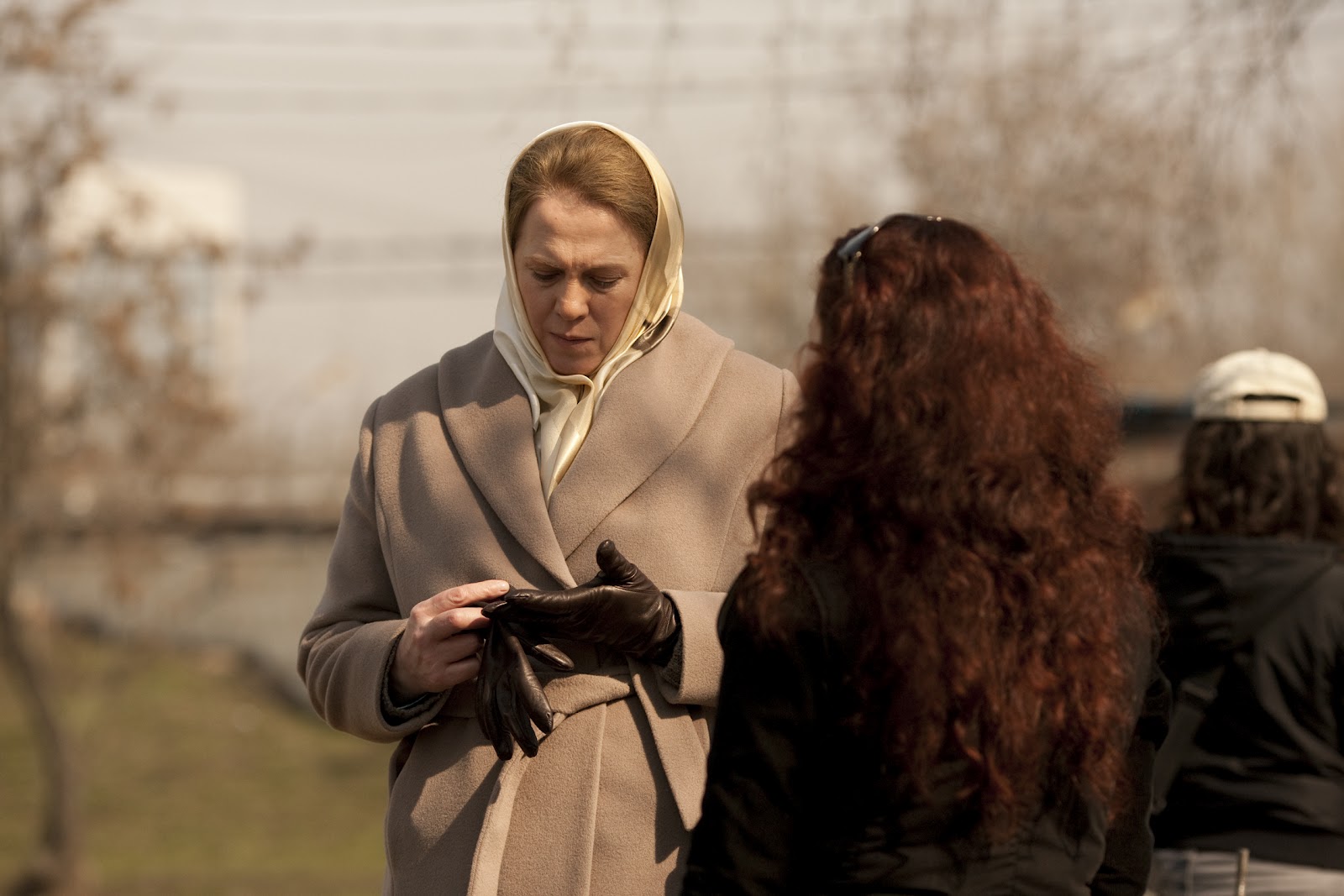 This drama highlights the drastic differences in income and lifestyles that many Russian face. Elena, a plain Russian nurse, and her glamorous and successful patient, Vladimir, marry later in life. Elena moves into his palatial apartment, which one can argue is as cold as his demeanor.

Each of them has children from previous marriages; Elena has a son who is struggling to support his family, while Vladimir’s daughter is carefree, careless and distant from her father. After a heart attack, and a reunion with his daughter, Vladimir makes the decision to leave his entire inheritance to his child, leaving Elena out of the will. Not accepting the fact that she’ll no longer be able to help her son and her grandchildren, the quiet and meek housewife makes up a daring plan to secure the future of her family once and for all.

This film shows characters from all walks of life—the rich, the upper class and the lower classes struggling to feed their families. This is a great opportunity to hear how the Russian language may differ depending on who it’s spoken by. 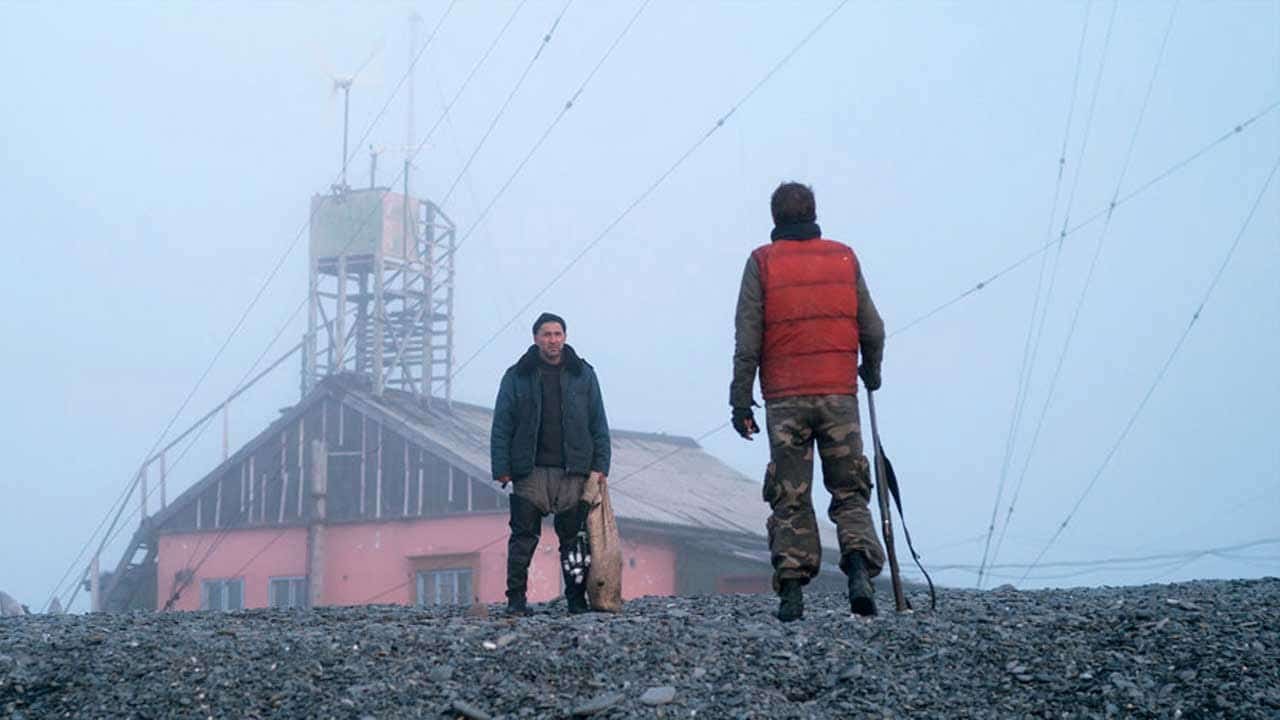 Sergei, an experienced meteorologist, and Pavel, a recent college graduate completing a three-month internship, have spent months working in an isolated science station on an island in the Arctic Ocean. The station is meant to close, and Sergei is looking forward to going home to his family. One day, when Sergei is out fishing, Pavel gets a call with devastating news for Sergei, which he is afraid to tell him. This sets the two men off on an adventure fueled by fear, deceit and the will to survive. As this film is set in a science station, you will hear scientific terms related to meteorology. 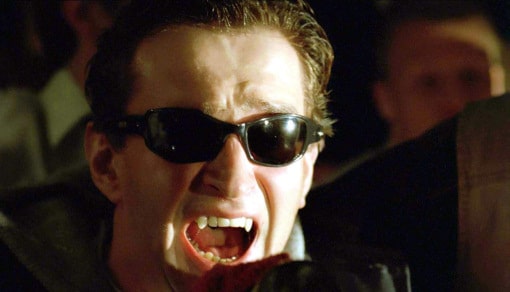 The second movie in the “Night Watch” trilogy, “Day Watch” is a dark action-packed fantasy film that focuses on the fight between good and evil. Anton is a member of The Night Watch, supernatural protectors against the Dark side. He realizes that his own son has been taken over by the Dark side, and has committed multiple murders.

Anton goes on an adventure-filled journey to bring his son back to the Light, and finds himself the subject of a mythic conflict between good and evil as he seeks to find an ancient artifact that can save Moscow from a serious catastrophe. As the “Day Watch” DVD includes English dubbing, we recommend first watching it in English to understand the context, and then watching it in Russian to hear how the words are pronounced. 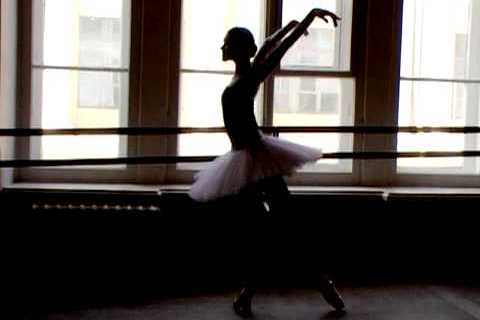 This documentary focuses on the lives of five ballerinas from the world-known Mariinsky Theatre in St. Petersburg. The film highlights how grueling it is to practice for a flawless and graceful performance on stage. Learn more about the daily lives of ballerinas at different stages of their careers while brushing up on your Russian.

This documentary will teach viewers many technical Russian dance terms; who says you can’t use them in daily life? We dare you to try!

These eight options provide you with options to learn Russian while being entertained by your favorite movie genre, whether it’s drama, horror or something else.

So sit back, relax and load up your next favorite Russian movie!

Renata Ilitksy is a professional content writer with over 10 years of experience. She specializes in creating unique and engaging content for any industry. To read some of Renata’s other work, please view her writing portfolio.