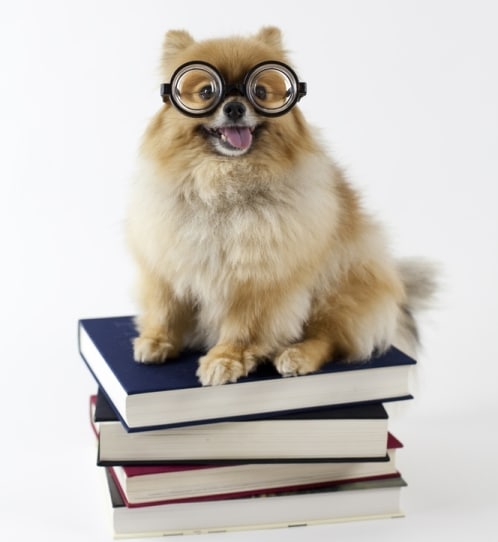 If it isn’t the Japanese novel.

So we meet again.

You may have beaten us before…but not this time.

By this time in your Japanese learning career, you should be pretty darn capable of making conversation, deciphering a good amount of kanji, and you’ve no doubt developed an eccentric little vocabulary base from those hours and hours of anime and drama you’ve logged.

Yet somehow, even though a burst of ambition caused you to go online, order a real Japanese novel and tenaciously devour the first page…

What is it about Japanese books that have us laying down our weapons and waving the white flag before we hit page two?

I can think of one thing…

They’re looong. Sometimes they’re complicated and use poetic language we can’t quite grasp. And they’re not going to teach you anything just because you own them.

But before you’re certain that you’ve reached the dreaded burnout stage, I’ve got the answer for your Japanese reading woes: Quick, snappy little novellas to finally introduce you to the wonderful world of Japanese novels!

So just how quick are these novels?

You’re a busy learner. I feel ya. But let me explain a little about why the following six novels are going to be easier to approach.

You probably already know the Japanese word 小説 (しょうせつ – novel), but there are a few more specific classifications to make sure you’re getting the right length during the selection process.

Although there’s some debate amongst the pros as to what constitutes each category, we’re going to ignore all that jazz. For our purposes, let’s settle for all our novels being 中編小説. Go ahead, peek up above—these are what we’ve just defined as “novellas.”

Because all these novels fall between 150-250 pages

But just in case you’re still feeling that telltale uncertainty characteristic of the newbie novel enthusiast…let’s talk about how to tackle them.

You’re snuggled up with some tea, all enthusiastic—and the first page in, your eyelids are already starting to droop.

Who can blame you?

Reading in another language (especially a character language) can be very taxing! The best way to keep you from sending that book sailing and resorting to a Netflix binge is to set a reading goal.

Even if you can only put in 20 minutes of reading practice, a few pages is better for your language goals than nothing at all!

Set a goal, collect a decent amount of new vocabulary, read aloud to yourself for speaking practice, and then stop. It’ll feel much better than plugging away until you burn out.

If you find that reading even just two or three pages is a bit too difficult, you can ease yourself into it by using FluentU videos as a starting point.

FluentU takes real-world videos—like music videos, movie trailers, news and inspiring talks—and turns them into personalized language learning lessons. Every video comes with interactive subtitles and full transcripts, so you can get plenty of reading practice to prepare yourself for reading authentic Japanese novels and stories.

2. Keep a dictionary handy… but don’t use it as a crutch

Let’s be honest—you’re not getting very far without a dictionary. You’ll hit that first unknown kanji like a brick wall in the middle of your potentially beautiful sentence.

Your best bet is to try a mobile dictionary app like imiwa? which is generally more reliable than Google Translate for specific vocabulary words. Better yet, with imiwa? you can look up the kanji by stroke number and radical—if you don’t know the meaning of that kanji, chances are you won’t know how to pronounce it either!

That said, make sure you’re not stopping every single time you find an unknown kanji—this will only cause frustration. Get an idea of what the sentence is about using the words you know, and see if you can guess the meaning from the context. If you can’t get past the first sentence without breaking out the dictionary, you might want to scale back on the reading level, you go-getter!

3. Add new words to flashcards and vocab lists for review

Okay, so I may have spoken too soon about Google Translate.

Using the computer browser version of Google Translate, make sure you “star” every vocab word you look up while reading. It’ll then automatically put together a little vocab list, which you’ll find hiding on the right side of the screen.

What’s even more awesome is you can actually export this list into Google Sheets (online Excel) right from Google Translate, have all the vocab organized on a spreadsheet and order the list alphabetically by Japanese character! And if that’s not how you like to study—you can always keep the order you looked them up in, review them all and then reread the pages you found them in.

More of a flashcard sort of learner? Check out some of the best apps to study this way. Just a hint though: With Anki, you can just straight up create your own deck, adding words from your novel every time you have to look one up. Completely custom!

3 Cheats for the Lazy Learner

Hey, man…I know how hard it is to try and dive into a jumble of characters and try to keep your head above water. So if you’re feeling on the lazier side but still want to get that daily Japanese input—behold!

It might not be about laziness either. Beginning learners can get a huge boost from using the tools and texts I’m going to share here.

These babies are a godsend. With the “Read Real Japanese” book series being a well-known example, you’ve got your famous Japanese short stories by the likes of Banana Yoshimoto and Haruki Murakami (names I’m certain you’re sick of hearing by now), but the real Japanese text is accompanied by the direct English translation and language notes on the very opposite page. So you’ll have an immediate buffer on every sentence you tackle!

A few other notable starter books like these include “Breaking into Japanese Literature” and “Short Stories in Japanese: New Penguin Parallel Text”

This is an app. It’s not a perfect app, nor is it incredibly reliable, but it’s a darn good start.

V-Reader has a host of free texts by famous Japanese authors. In these texts you can tap most of the vocabulary words on the screen to see (and hear!) the Japanese pronunciation and an English translation. Yes, it’s a little glitchy, and has some trouble with given names and place names, but if you’re looking for an easy way to get your Japanese reading done, this app is your friend.

P.S. You might need to have your Japanese dictionary tag along for backup while you read.

Too lazy to download an app? For shame…but let’s be honest, we’ve all been there. Also, memory space on your smartphone can be precious.

Just hook up your Japanese browser plugin like Rikaikun, find a short story site like Tom Ray’s here and explore the endless bounty of the Internet with your little kanji helper. Take a look at a more in-depth guide here on how to turn anything into a Japanese reader.

This is just about the most adorable story on the list. And surprisingly profound. It begins when a girl is invited out for a walk by a bear. Yes—a real bear. He just moved in to her apartment complex. And the rest of the story is all the quirky, dreamy sort of fun you’re imagining.

The language in here is pretty simple, although a few words might not be heard in everyday conversation. The tone throughout, however, should make for a cozy, non-threatening read.

Inexplicably, a boy finds himself employed at a bookstore in…ahem…Heaven. He’s assumed the role of substitute manager, and he’s got a new coworker with an intriguing past herself. What are they doing there? How did they get there? Are they dead? Don’t you just need to find out right now?!

The language here is pretty conversational, so it won’t be too much of a stretch to tackle a few pages!

English: “The Girl Who Leapt Through Time” by Yasutaka Tsutsui

If you’re coming to me with a rich mosaic of anime-watching under your belt, I’m thinking you might know 時をかける少女 from the anime movie of the same name. It’s about a bratty but pretty average female high-school student named Makoto who suddenly finds she has the ability to jump through time. It’s beautiful, tragic and oddly nostalgic. However—the book tells the story of Makoto’s aunt who experienced a mysteriously similar phenomenon when she was in high school. Part Sci-Fi (or “SF,” as Japanese speakers say), part love story, part slice-of-life…you’ll just love this.

As a lot of the story takes place around her high school and after school at home, our narrator’s diction is pretty simple. You’ll be picking up words you can use in an everyday context (and through an adorable love story to boot!).

Bonus: Tsutsui’s also the mind behind “Paprika”…which was made into an anime movie that is…well…just take a look for yourself.

English: “after the quake” by Haruki Murakami

I know you were just waiting for his name to pop up on the list, but this collection of six stories is a little out-of-character for our dear surrealist. This one’s for our ambitious, deeply curious friends who’d like to learn more about the Japanese mind through an examination of history and trauma. Set at the time of the 1995 Kobe earthquake and the infamous Aum Shinrikyo sarin gas attacks on the Tokyo subway—these stories follow several characters as they react to and attempt to deal with the various effects that these incidents have on each of their lives. It may sound all serious, but a story called “Superfrog Saves Tokyo” can’t be all doom-and-gloom, can it?

As a Japanese reader mentioned on a book review forum, this one might be easier to read than Murakami’s other (highly surrealist) works, because of the more colloquial tone of the everyday people dealing with a literal “shaking up” of their worlds.

This is an eccentric and sensitive short novel about a gay man (with a boyfriend) and a manic-depressive, alcoholic woman who enter into a sexless marriage of convenience to appease their overbearing parents—who are convinced this is the only way their children can both find happiness. An intriguing, low-key story examining the pressure on young Japanese men and women to marry—as a mark of success in life.

Again fairly simple, domestic language here. Aside from some societal discussion and some words relating to mental illness, this novel is a good starting point for breaking into Japanese reading.

Last but certainly not least, the other name you expected to see on the list. The first of two short stories in Yoshimoto’s book (a bonus if you’re looking to read more right away!), 「キッチン」follows Mikage Sakurai just after the death of the grandparents who raised her. Finding herself alone in the house she grew up in, without the warmth and companionship of her guardians, suddenly Yuichi—a young acquaintance of her grandmother’s—appears. He and his transgender mother’s presence is soothing to Mikage…

Except for a few fancy words describing Mikage’s soul-crushing grief, the language in this book is again quite domestically-focused. You’ll find reading this book is quite a calming endeavor…grab a cup of tea on a rainy day!

And now, armed with a few good reads, a good dictionary app and some personalized flashcards, no matter whether you’re lazy or gung-ho, you’re ready for battle!