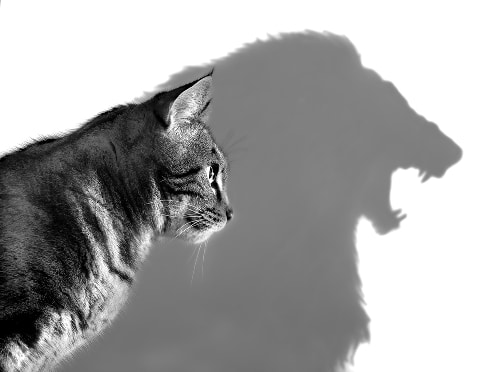 A Simple Way to Perfect Your Japanese Accent

Do you just sound too darn foreign?

So much so that it’s often neglected and forgotten—until it’s too late.

You’ve mastered all the necessary survival phrases in Japanese.

You figured out how to construct a sentence in Japanese.

Maybe you’ve gotten leagues farther than all this and delved into intermediate or even advanced Japanese.

However, when you speak to a native Japanese speaker they call you out for sounding too foreign.

Or even worse, they have a hard time understanding your heavily accented Japanese.

After about a year of living in Japan and studying Japanese, I finally found the perfect hairdresser. I’d been to the shop a couple of times when, one fateful afternoon, I decided to call and make an appointment.

I was very nervous about speaking Japanese on the phone, as I did much better in person. When I called, I asked the receptionist if my hairdresser was working that day and she immediately recognized my voice. She happily said my name, and at first I was pleased to hear she remembered me.

After the call it hit me—the reason she recognized my voice is because I had a thick American accent.

As nice as it was to be recognized, it hurt to know I had such a thick accent that, after only one simple sentence, she understood I was a foreigner.

Of course, it’s the dream of all Japanese learners to open their mouths and have beautiful, native sounding Japanese spill out. There are people who have such perfect accents that even native speakers can’t tell they’re foreign when they speak on the phone.

In this guide, I’ll give you some tips about how to improve your accent and reach that level of perfection.

Perfect Your Japanese Accent with One Fierce Strategy: Shadowing

Because Japanese pronunciation isn’t as difficult as Chinese or other languages, it’s often overlooked in beginners’ studies. However, the longer you wait to correct your pronunciation the harder it gets. Accent training should be done as soon as possible in order for you to get used to new sounds in Japanese.

Essentially, a native accent is a combination of pronunciation and intonation.

Let’s take a look at what these two words mean.

From Webster’s, pronunciation is defined as “to make the sound of (a word or letter) with your voice.” For Japanese, this means that correct pronunciation is the ability to make each individual hiragana sound properly.

English learners are pretty lucky in this area, in that most of the Japanese sounds are relatively easy for us to make. The ones we have the most problems with are obviously the ら、り、る、れ、ろ (ra, ri, ru, re, ro) and りゃ、りゅ、りょ (rya, ryu, ryo) sounds.

Intonation is defined as “the rise and fall in the sound of your voice when you speak.” This is what English speakers notoriously have the most problems with when learning Japanese.

However, Japanese has a distinct rise and fall when speaking. The intonation of a Japanese sentence is in the shape of a small hill, where you start the sentence low, go up quickly and then slowly fall down to the end. To native speakers, this sounds natural.

Of course, the other part of intonation would be with individual words. As most beginners learn, the emphasis in Ame (雨, rain) versus that in aME (あめ, candy) is crucial to differentiate between these two words. Two words can have the exact same sounds and mean two totally different things depending on where the word is accented.

Think of how the English word “produce” changes with emphasis. You can either have “I bought fresh produce at the supermarket,” or “this company can produce luxury airplanes.”

So how can you improve these two areas to perfect your Japanese accent and sound like a native?

The number one tip that Japanese teachers recommend is a process called shadowing.

Shadowing, developed by the American Professor and polyglot Alexander Arguelles, is simply the process of repeating what a native speaker says as quickly as you hear it. This skill can be used by any level of Japanese learner and can be the best way to improve your Japanese accent.

How to Shadow in 5 Simple Steps

1. Find an audio clip at your level. For beginners I would recommend short, 1-2 minute conversations. Then move on to more complex, longer conversations as you get into the intermediate level.

2. Listen to the audio once or twice. Really hear how the speaker is saying each word or phrase.

3. Read the transcript of the audio. This is your chance to learn new vocabulary and grammar. Make sure you take the time to really understand the nuance of each expression.

4. Listen to the audio while following along with the transcript. Here’s your opportunity to take notes on how the speaker accentuates certain words or phrases. Once you’re comfortable with what the speaker is saying you can begin to shadow.

5. Read aloud while playing the audio. While you listen to the native speaker, read aloud, following their intonation and pronunciation. Do this until you’re comfortable speaking without the need to pause the audio and you feel good about your accent.

I would recommend going over the audio until you make no mistakes, don’t have to slow down and can really feel yourself matching what the speaker says. Overall the process shouldn’t take very long, so the audio should be 3-4 minutes long at most.

Of course, shadowing isn’t about understanding 100% of the audio.

The focus is concentrating on your pronunciation and intonation and getting them to match up with that of the native speaker you’re listening to. If you happen to learn new vocabulary, grammar or slang while you shadow, that’s just icing on the cake.

When you’re shadowing, take it slow. The goal isn’t to say the words at the exact same time as the audio, but just a second or two after. Give yourself time to really process the cadence and inflection that the speaker uses.

It can be hard to start out, but be patient. Once you’re used to the process it goes much faster and becomes much easier.

Finding audio to shadow can be the tricky part. Here are a few recommendations to get started:

Shadowing is one of many tools that can be used to improve your Japanese. There are more options out there, so never stop exploring!

I’ll always recommend that you fit shadowing into your daily study schedule. It’s just too simple and effective to pass up.

Before you start studying for the day, take 10 minutes to shadow a simple conversation, news story or audiobook. It’s a fun warm up that can kick-start your studies every day.

Plus, you’ll get to hear yourself speaking pretty fluent Japanese through this kind of practice. That’s always rewarding.

Before you know it, you’ll be sounding like a native all on your own!