It’s an unremarkable weekday evening and a salaryman is collapsed in the aisle of a dilapidated discount department store.

He is, for some reason, sobbing.

A concerned customer service representative approaches him to ask what’s wrong, to which he replies:

“I want to buy a ネクタイ (ねくたい) — necktie! I went to men’s fashion, to male accessories and even to the discount Halloween costume sections, but alas, I still find myself bare-necked and empty handed. Where in the world can a guy buy a necktie these days?”

The staff member quickly whips out her inventory book and after a few seconds thumbing through the index she responds:

“How strange, it seems that all of our ties are located in the Japanese learning resources aisle. What in the world could a necktie have to do with learning Japanese?”

It turns out a tie—or rather a -tai—is essential for saying what you want in the Japanese language. That means we can learn all about expressing wants and desires in Japanese in terms of the best mnemonic device: the humble necktie.

The Problem with Asking “How Do I Say ‘I Want’ in Japanese?”

One of the most common (and poorly explained) bits of advice given to people learning a new language is to think in their target language, not to translate into it. The problem with trying to translate directly is that what sounds natural in our native language doesn’t necessarily sound the same in our target language. This leads to output that’s often unnatural, even if it’s understandable.

In other words, the problem with saying “how do I say X in Japanese” is that Japanese probably doesn’t say X like that.

It might be linguistically possible to translate anything into another language but for whatever reason—be it cultural differences, the simplicity of certain grammar points over others or even pop culture trends—the lines between A and B in translation often get a little blurred. As a result, the most natural translations aren’t necessarily the word-for-word ones.

This is a huge headache for professional translators but it also leaves a much more tangible problem for learners like us to tackle. It takes time for our world to acquire meaning in a second language that exists simultaneously and independently of our native language, so how do we avoid translation when we might have only just started learning?

Today, we’re going to discuss types of desire that are grammatically distinguished in Japanese but not in English. Even though all are encompassed by a mere two forms of the verb “to want” in English, trying to simply translate this “to want” into Japanese will probably yield incorrect results in three out of four situations.

To deal with this specific problem, and also to shift away from translating in your head, I’d like you to follow a two-step process.

1. Don’t think about the words you’re trying to translate but rather about the idea you want to express.

2. Learn how the Japanese language conveys this idea.

How to Say “I Want” in Japanese, Explained with Ties

1. Using ～ほしい with nouns: I want a necktie, not a bow tie

We’ll look at ～ほしい first because, although it’s backwards compared to English, the construction is very straightforward to make. Adding ～ほしい to a noun expresses your desire for that noun.

There are three steps:

ほしい is an い-adjective and some of its basic conjugations look like this:

So, let’s go back to our story and rewind a little bit. Say that the staff member hadn’t clearly heard the salaryman because he was sobbing too loudly. She might say:

Prompted, the man repeats that he wants a necktie.

The staff member nods and says “right this way, please.” She leads him down a few aisles and, outstretching her hand toward a rack of ties, uses an inversion of the structure we just learned.

ほしいものがありますか？
Is there something that you want?

(In this case, saying ほしいもの is a bit like saying “the thing that’s desired.”)

The salaryman blinks, incredulously, as he follows the shopkeeper’s gaze to realize that he’s looking at a shelf full of bow ties. A little frustrated, he responds:

If you want to specifically say that you don’t want something, は is often used instead of が. Our salaryman could just as well have said:

2. Using ～たい with verbs: I want to buy this necktie

If you don’t want a thing, but rather want to do something, you should use the ～たい form with a verb.

This form shows that you want to do the action that the ～たい is attached to.

This form can also be made in three steps.

2. Conjugate that verb to its ～ます form. 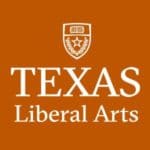 To practice forming this verb form, see uTexas’s website. (Note that you’ll need to install a Japanese keyboard to use this website).

Here are some examples of the form in use:

It might be a little bit strange to think about, but the ～たい form of verbs is unique because it conjugates in the same way as い-adjectives do. That’s good for us, though, because it means that we can use the exact same conjugations for ～たい and ～ほしい!

Here’s the verb 買う, for example.

Present negative: 買いたくない (かいたくない) ― I don’t want to buy (something).

Past negative: 買いたくなかった (かいたくなかった) ― I didn’t want to buy (something).

To make these polite, simply add です at the end of each of the above examples.

Let’s go back to our story. The two are now standing in front of a rack of neckties. Observe how the staff member asks our salaryman for a bit more information.

(Note: While we normally use ～たがる form to talk about the desires of others, as we’ll learn in section four, the normal ～たい form is still used if you’re asking someone a question).

The salaryman looks at the selection of ties and, a bit disappointed, uses an inversion of this structure, with the word もの — “thing.”

The staff member, shocked at this very blunt retort, responds:

Unenthusiastically, he grabs a tie at random and begins walking toward the cash register.

じゃあ、これにします。
I’ll take this one, then.

3. Using ～てほしい with verbs: I want you to sell me this necktie

Japanese simply tacks that ～ほしい from earlier onto the end of a て form verb to convey the idea of “wanting someone to do something for you.”

This is great because it means that we don’t have to complicate the sentence structure by adding a conjunction like “for” and we can also continue using the same conjugations we learned earlier. Again, there are only three steps.

2. Conjugate that verb to its て form.

3. Add ～ほしい directly onto the end of the verb’s て form. 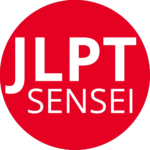 You can check your understanding of this over at JLPTsensei.

Back at the store, the disappointed salaryman approaches a cashier’s booth and, looking up, notices that the cashier is wearing an incredible tie. He exclaims:

You might notice that the expressions “I want you to (do something)” and “please (do something)” sound quite similar. Saying “please” might be a little more direct, but aside from that, these forms are mostly interchangeable.

Thus, having been asked to sell the tie that’s part of his uniform, the cashier might respond:

The salaryman, desperate, leaps over the table and tries to tear the tie from the cashier’s neck. They brawl for a few minutes before security arrives to take care of the situation. Panting and exasperated, the cashier might rudely exclaim:

Unfortunately, it’s a little more difficult to talk about what other people want to do in Japanese. This is because Japanese marks words to show evidentiality or explain how a given piece of information was acquired. This normally requires grammar that’s more difficult than the ～たい form itself and there are a few ways to go about it, but to avoid complicating this post too much, I’ll only talk about one of them.

To express that “someone else wants to do something” you can:

3. Add ～ですか to the end of a ～たい form verb to ask if someone else wants to do something.

That aside, it’s okay to think of this form as meaning “(someone else) wants to do something.” For example:

Here are some basic formal conjugations of this:

And here are the casual versions (the definitions are the same; only the level of formality changes here):

Let’s say that the store manager comes out to reprimand the cashier for not giving the customer the respect due of his position. After all, the customer is king. Flustered, the cashier responds:

To which the manager responds,

After such a response, it might be safe to say that the cashier is 仕事を辞めたがっています (しごとを やめたがって います) — wanting to quit his job!

While expressing desire in Japanese might be a bit more complicated than in English, the different ways to say “I want” in Japanese are also quite unambiguously marked. With a bit of practice, it’ll become second nature before you know it!