We all know that Italian is a fiery, passionate, dramatic language.

Can you expect their drama series to be any less intense?

Read on to discover some engrossing shows that will keep you learning and entertained.

Before diving into recommended drama series, let’s lay some great reasons to get dramatic on the table.

If the above points convinced you that you need some Italian drama in your life, here are a few places where you can find Italian drama series online.

Where to Watch Italian Drama Series

Now that you know where to look for them, here are six great Italian drama series to get you started, along with the best places to watch them.

“Il commissario Montalbano” is one of the longest-running Italian dramas of all time. The first episode premiered in 1999 and the series is still going strong today.

Based on a set of bestselling novels by Sicilian writer Andrea Camilleri, this series follows Commissario (police commissioner) Montalbano as he solves crimes in beautiful, scenic Sicily. 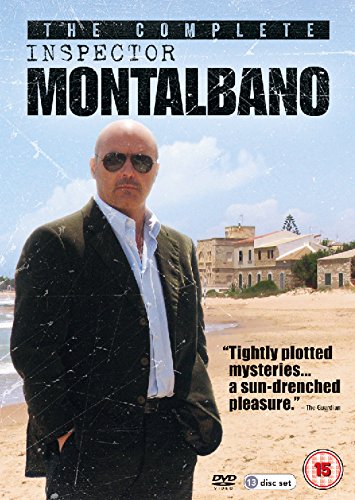 While the crimes he must solve can be gruesome and dark at times, the show isn’t without moments of levity, especially as the commissioner deals with his kooky coworkers and tries to figure out how to balance his work life and a long-distance relationship with his long-time love, Livia.

Since this series is so popular across Italy and the world, you can find its episodes on Amazon Prime. Love the show? Buy the complete collection on DVD as well.

Taking place in Napoli (Naples), “Gomorra” is a dark, gritty crime drama about modern day Mafiosi. It focuses on the lives of several members of a crime family, and the power struggles they face both inside the mob and outside among the rest of the world. 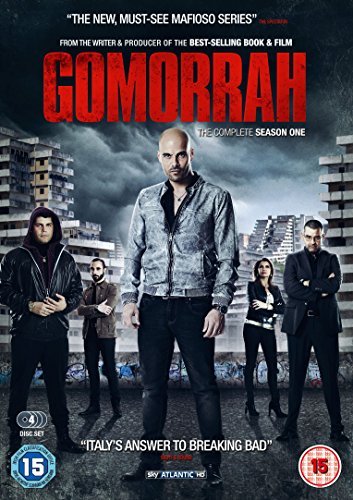 Critics describe it as being like the successful American series “The Wire,” due to the fact that it concentrates on the different levels of crime in the mafia hierarchy, from the hitmen on the street all the way up to the mob boss himself.

You can buy DVD collections of “Gomorra” (with English subtitles available, just in case you need them) on Amazon.

Partially based on a French novel (“Au bonheur des dames”), “Il paradiso delle signore” is a romantic period drama about the lives of the workers in a department store in 1950s Milan.

You can watch episodes of “Il paradiso delle signore” for free on the Rai network’s website.

“Romanzo Criminale” is also based on a novel—this time a novel written by a famous Italian judge named Giancarlo de Cataldo. The story is set in Rome and is partially based on the true story of an infamous criminal organization called the Banda della Magliana that was active from the 1970s to the 1990s. If you like dark shows about drugs, violence, criminals and power, this show is definitely for you!

You can stream episodes of “Romanzo Crinimale” on Amazon Prime.

Similar to the hit American series “House of Cards,” “1992” is another cool drama series about political corruption. The series follows the lives of six people who are investigating said corruption as a part of a real-life operation known as mani pulite or “Clean Hands.”

The goal of mani pulite was to try to cut down the amount of criminal activity on the part of those in power in Italy in the 80s and 90s, and it led to an entire overhaul of the Italian political system. This series is based on historical fact, so, like “Il paradiso delle signore,” it isn’t just entertaining, it’s educational too!

At the time of this writing, you can watch “1992” in its original Italian on the streaming service Topic.

This particular show isn’t completely in Italian, but the Italian-dubbed version is extremely popular among Italian T.V. viewers at the moment. Starring Dustin Hoffman and several other familiar faces from Hollywood, “I Medici” is about the Medici dynasty in 15th century Firenze (Florence) and it centers on the life and rise to power of Cosimo the Elder, who became the head of the Florentine republic in 1434.

The Medici family is very near and dear to the hearts of the citizens of Florence, and this show is a great way to learn about their history—not to mention the gorgeous views of the city! “I Medici” is hard to track down online these days, but hopefully you will have the ability to catch it on live Italian television.

Alright, now that I’ve told you everything you need to know about Italian drama series, I have to go see if Commissario Montalbano catches il ladro (the thief)!

Fair warning: If you decide to start watching Italian dramas, prepare to get hooked!