German is not quite so black and white.

Skeptical about adding magazines to the German reading pile?

Actually, no. Germany has a magnificent tradition of printed media—the Western printing press was born in Mainz, after all—and while the digital era has threatened the profitability of physical magazines and newspapers around the globe, the trend’s onset has been slower in Germany.

As a result, the array of high-quality magazines with fascinating, worthwhile articles is still immensely diverse, and whether you ultimately opt for a digital subscription or the printed product, magazines offer a unique way to regularly hone your reading comprehension while entertaining or informing yourself on your favorite topics. There’s a Zeitschrift (magazine) for every subculture, niche interest and field of knowledge!

Of course, you can also find German editions of certain international publications, like Vogue. However, in terms of novelty, that’s a little bit like picking up the German translation of “Harry Potter” when you could be diving into “Die Leiden des jungen Werthers” (“The Sorrows of Young Werther”). So instead, let’s focus on magazines with their roots in Deutschland. 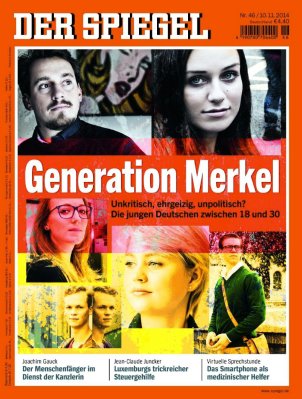 Der Spiegel is one of the foremost news magazines in the world, reporting on affairs of national and global significance and featuring strong investigative journalism. It tends to lean left on the political spectrum and is like a German blend of Time and Newsweek. German learners will pick up high-level analytical language, political terminology and a broad-based awareness of current events.

After all, the last thing you want is to be a clueless tourist when entering into discussions with native German speakers – the odds are good that your Gesprächspartner (conversation partner) will delve through the surface chit-chat quickly and want to tackle some deeper topics. Being able to contribute insights on controversial issues and international politics will save both sides from hideously awkward small talk about your favorite colors and hobbies. 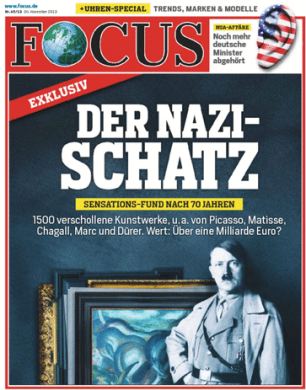 Focus is another news-based publication, with a Schwerpunkt (emphasis) on economics and politics. Many of the pieces tend towards shorter formats rather than the long-form journalism showcased in Spiegel, which can be helpful if you’re scanning for information or want to test your vocabulary with a quick read. Staying informed on the German Wirtschaft (economy) can be particularly helpful for language learners who are active in business, hoping to get hired by German companies or have regular dealings with German clients. 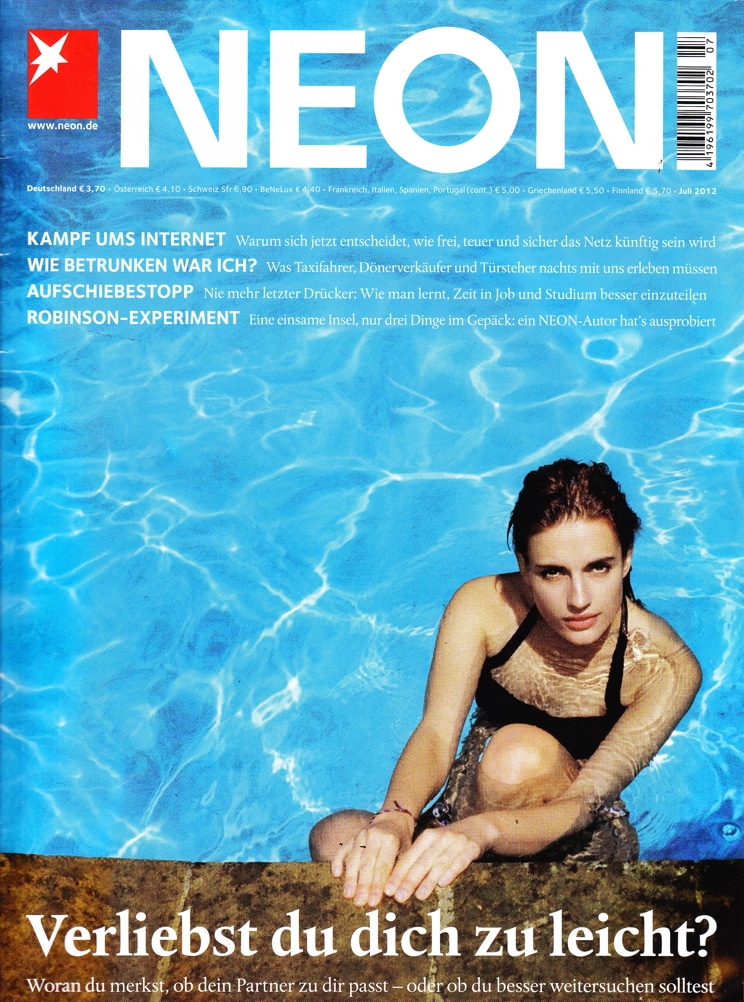 Neon is aimed at a younger demographic and pops aesthetically, featuring plenty of strong photography. The writing focuses mainly on lifestyle, culture, travel, sexuality and humor, but heavier stories also make an appearance. While Spiegel might do a broader geopolitical analysis of the groups fighting in Syria, Neon went to Aleppo to conduct in-depth portraits of the individual men who volunteer with the Civil Defense Forces to rescue bombing victims.

This is your magazine if you want to learn to speak expressively about cultural issues. Or if you love random trivia—the regular feature Unnützes Wissen (useless knowledge) includes 20 laugh-out-loud facts relating to the silliest subjects. 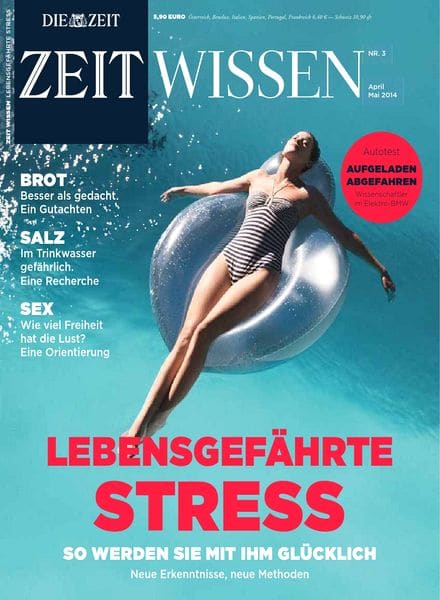 If the cutting edge of science makes your heart beat faster, this magazine is for you. Stories present the latest news from the research world, including updates from the areas of medicine, energy, technology, physics and more. Particularly rewarding for German students who are also pursuing a career in the hard sciences and want to acquire advanced vocabulary or those who are simply ravenous for Wissen (knowledge). 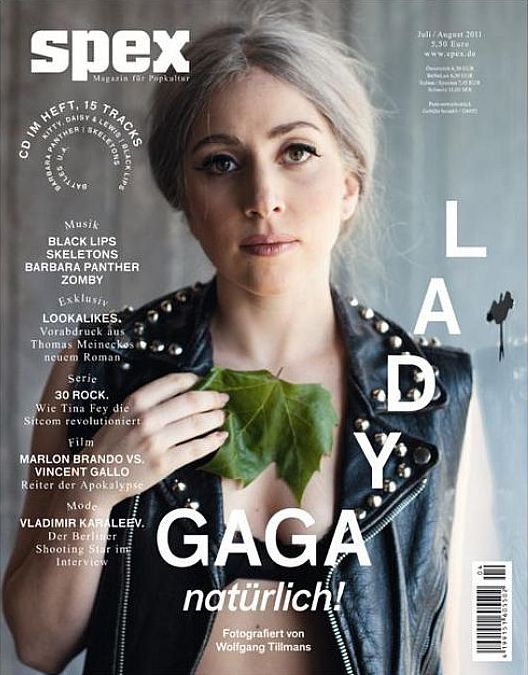 One of the leading German magazines for music criticism and arts coverage. The focus has shifted over the years from a more fringe perspective on youth subcultures towards mainstream rock and pop culture—much like the evolution of Rolling Stone in the States.

Learning die deutsche Sprache (the German language) and passionate about music? You’ll find branch-specific terminology here and expand your knowledge of German artists and band— a worthy goal, since filling your music library with German songs can be one of the best ways to master the language.

Don’t just read about German music, though—actually go out and listen to it. For more learning, keep the lyrics on hand so you can read along.

Or, combine the two into one convenient package with FluentU, where you can watch music videos (as well as movie trailers, TV show clips, news segments and more) with interactive subtitles. Sing along with the subtitles, or pause the video at any point to see the definition of any word in the subtitles with a click. Want to study it more later? Add it to your flashcards and carry on singing, without ever needing to crack open a dictionary. 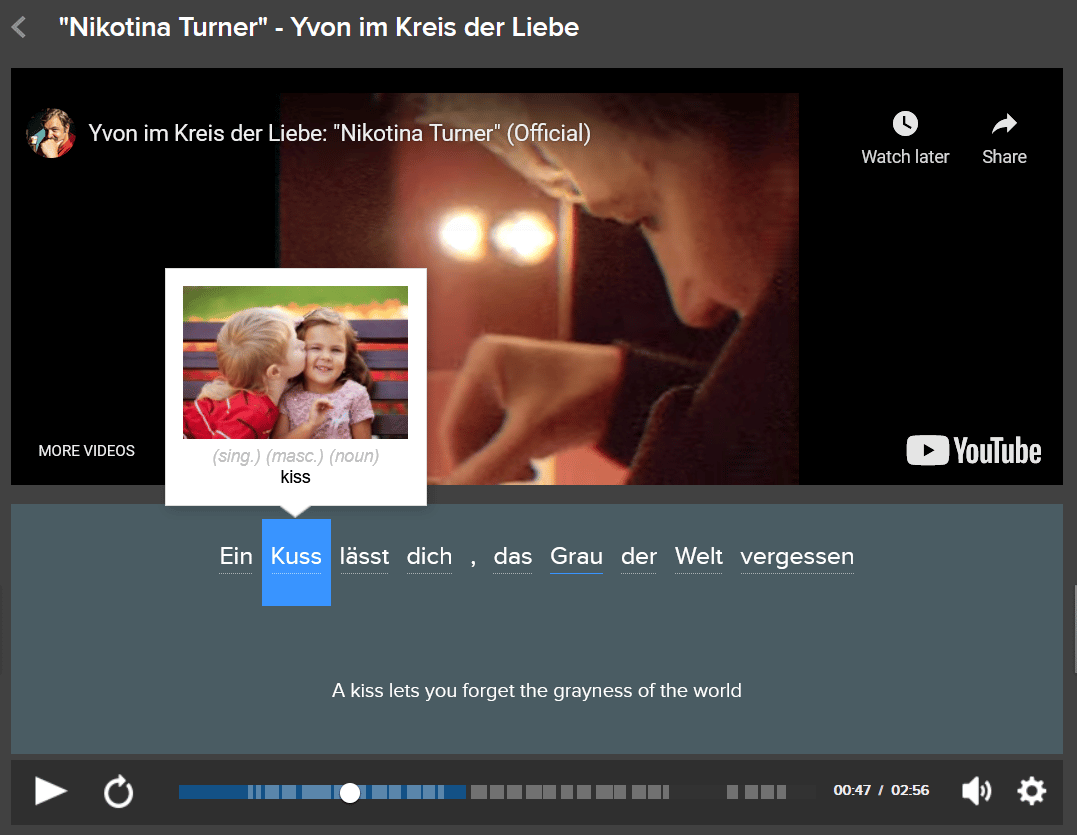 FluentU lets you filter by difficulty and type, so you can view only music videos for your learning level for optimized learning. 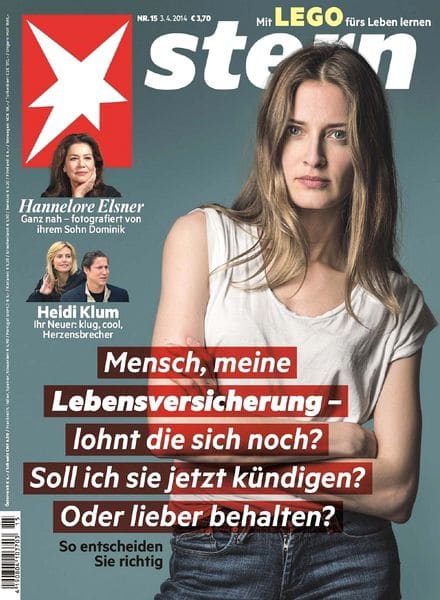 Stern offers plenty of human interest pieces, cultural coverage and profiles of prominent people, generally accompanied by high-quality photo spreads. The language won’t be as challenging as the average article in Focus, but it can be a great publication for learning about significant figures in German society and is often entertaining. Not that they don’t also have hard-hitting political articles, but the overall tone is lighter than most of its news magazine competitors. 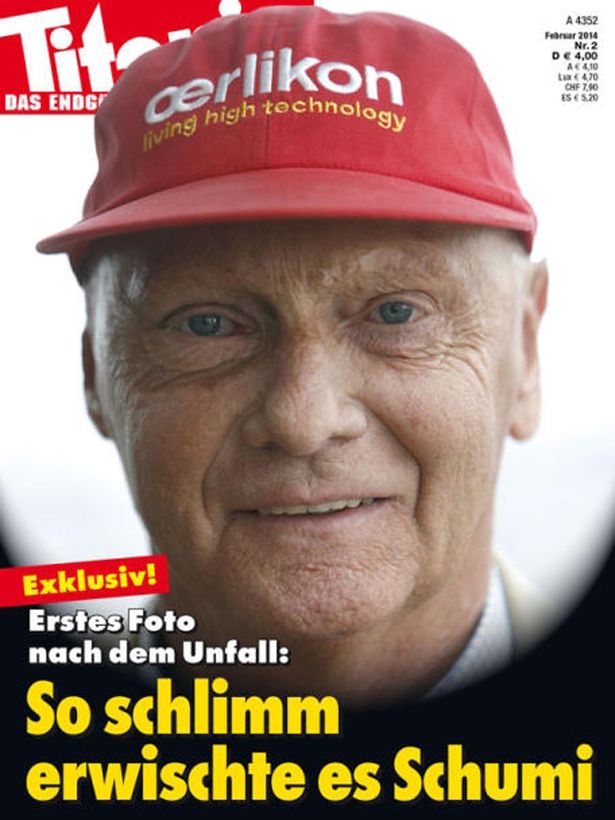 The keen satire of Titanic is a laugh factory for German learners—nobody and nothing is sacred to these pen-wielding pranksters. It’s humor, politics and Gesellschaftskritik (social criticism) rolled into one.

Read it for the jokes, study the verbal style and improvise on your own arsenal of witty, sarcastic and deadpan rejoinders—and then go get a real news magazine to make sure you know what’s actually going on in the world. 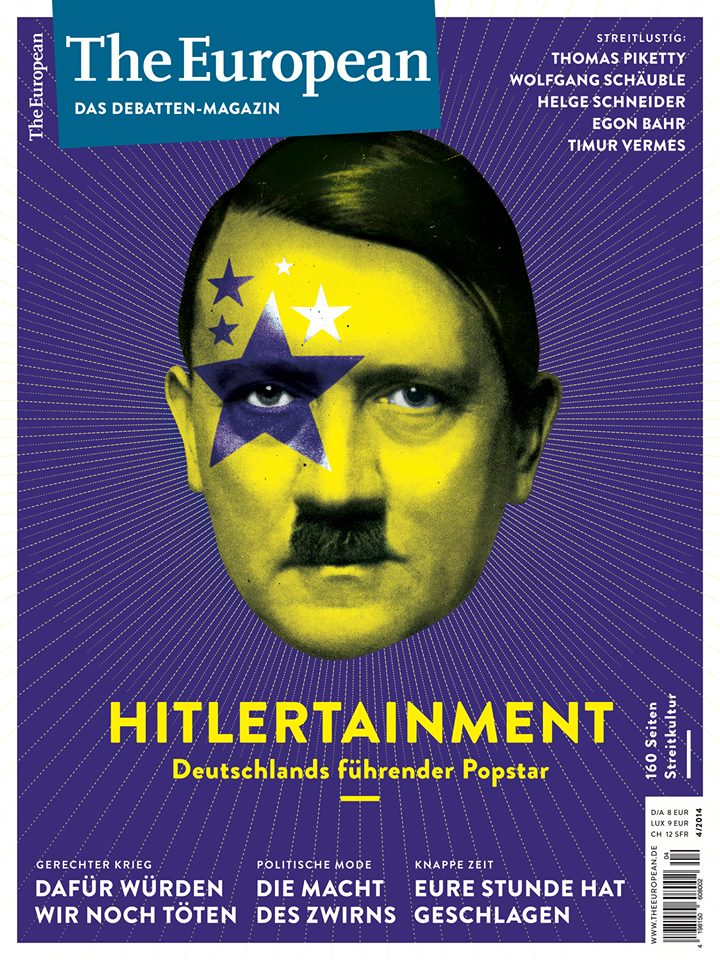 The European is a political debate magazine dedicated to presenting a broad spectrum of arguments and perspectives. Es gibt immer zwei Seiten (there are always two sides) to every issue, and generally more than two. Diving into different worldviews is a wonderful way to test your own ideas and expand your mind. Contributing authors come from diverse backgrounds in journalism, politics, science and industry. The niveau of analysis is elevated and the issues complex—if you’re a beginning language learner, you may need to keep a dictionary handy.

The reward: You’ll be more able to hold your own in challenging discussions. Writing a Hausarbeit (term paper) on European politics? Familiarizing yourself with a wide range of standpoints will allow you to anticipate counterarguments and deftly defend your assertions. 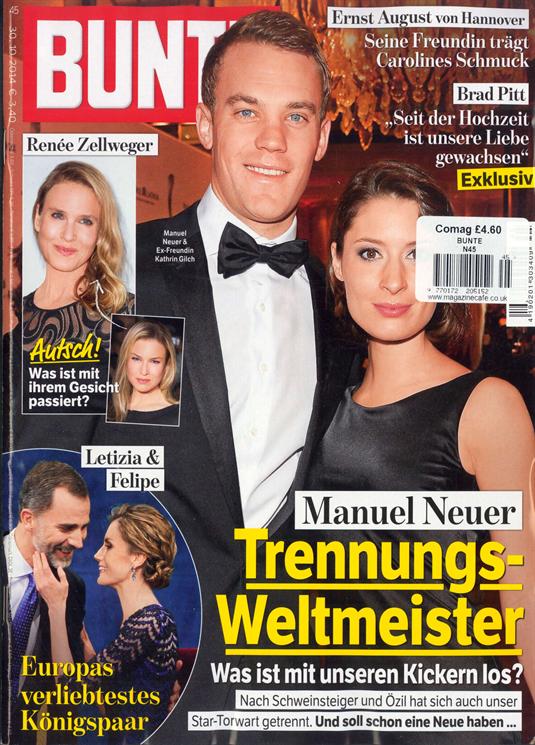 What do Elyas M’Barek, Heidi Klum and Bastian Schweinsteiger have in common? They are all prime candidates to appear in the bright pages of Bunte. Fresh gossip, fluffy interview pieces and society updates—this is essentially a glorified tabloid in glossy format. Bunte is rather similar to People, with all the latest on Germany’s stars of the silver screen, runway and sports world. There is also plenty of coverage dealing with international celebrities, so if you need to keep track of your favorite stars, do it in German and pick up new words while you’re at it. 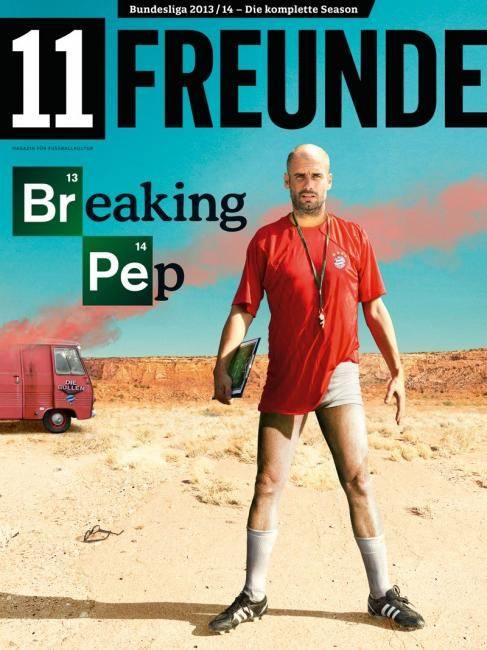 Speaking of Bastian Schweinsteiger, if you’re a Fußball (football / soccer) fanatic, a subscription to 11 Freunde might be just your cup of tea. The magazine presents in-depth interviews with players, historical reflections and other interest pieces delving into das schöne Spiel (the beautiful game). 11 Freunde aims to appeal to fans of all clubs in the Bundesliga (national league) and will keep you abreast of all the latest developments in Germany’s number one sport.

By picking up fan lingo and obscure facts, you can build street cred with Fußball-obsessed German Kumpels (buddies) and the regulars in your local sports bar. Never again be labeled an “event fan” who only tunes in every two years for the European or World Cup!

Caitlin Hardee is a freelance journalist living in Berlin. Like her hometown Seattle, the German metropolis has plenty of rainy weather, delectable coffee and a vibrant music scene. She loves photography, radio and nomadic wanderings. Her current favorite German word is Überbleibsel.