When you reach an intermediate German level, it’s time to read voraciously.

But what should you read?

Germany is well-known for producing some great authors.

That being said, you might not be ready to tackle “Die Leiden des jungen Werthers.”

You want something fun and engaging. Something that inspires you to read as much and as often as possible.

Many famous German works have stellar English translations, but reading an original German text can be a fantastic learning experience.

It might not always be an easy task, but you shouldn’t be put off by reading works in their original German. After all, it’s exactly how the author intended it to be read!

Now, when we talk about books that were originally written in German, we’re not just talking about daunting classics and complex philosophical texts.

Those types of texts often employ a form of German literary language that can be hard for intermediate language learners to understand.

Luckily, there are also native German authors who have produced works that are well-suited for non-native readers.

I’ve compiled a list of the top 10 German authors who are perfect for your intermediate German reading practice. Once you’re finished with their notable works, you should feel confident enough to take on some advanced German reading!

German reading can be a powerful vocabulary builder. Still, you might get discouraged sometimes if you run across a lot of unfamiliar words. 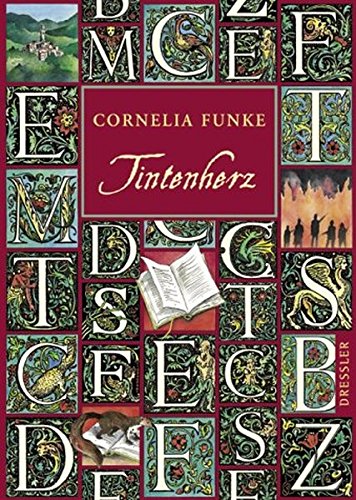 Originally from North Rhine-Westphalia, Funke now lives and writes in Beverly Hills. She’s known for her adventure and fantasy YA books.

As her stories are aimed at young adults, the language is easy to master. Plus, all of her books have been translated into English, so you could always grab an English copy as well, just in case you get bogged down in all the German.

Not sure which of Funke’s works to start with? Go for any of the books in Funke’s “Tintenherz” (Inkheart) trilogy (the first book in this series was turned into a movie). They’ve all received glowing reviews from The New York Times Book Review. 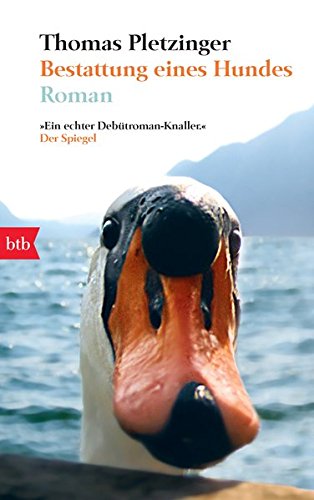 If you’re slightly apprehensive about the language gap between YA and adult fiction, Pletzinger is the man for you.

His innovative and prize winning novel, “Bestattung eines Hundes” (Funeral for a Dog) tells the story of a reclusive children’s author Dirk Svensson through a collection of easy-to-read postcards, letters and notes. An excellent book for those who love to travel. The intriguing plot changes setting often as the story travels across continents. 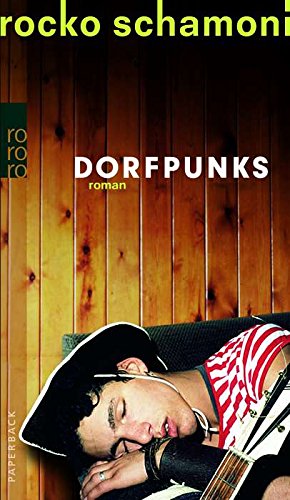 Tobias Albrecht acts, makes music and writes under his pseudonym Rocko Schamoni. His books are often a tongue-in-cheek critique of modern society.

Schamoni’s writing is fast-paced yet uses straightforward language. He’s a great author for any level of German. His second novel, “Dorfpunks” (Village Punks), is an autobiographical tale about growing up in a small village and was a hit across Germany, so much so that it even got turned into a movie.

Once you’re done with the book, you can watch it on the big screen and try out your German listening skills. Another great thing about “Dorfpunks” is the fact that chapters are no longer than 4 pages. These bite-sized chunks are great when you need a quick burst of German reading practice. 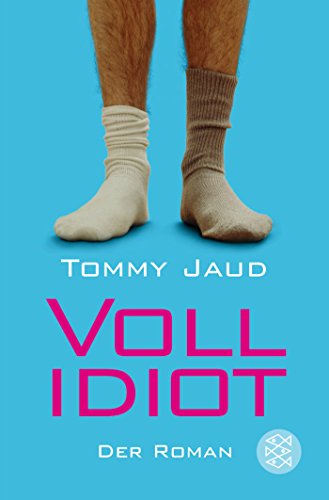 What’s great about Jaud’s novels is that they’ve all been recorded as German audiobooks. If you’re not all that into picking up a book, you can always grab a copy of the audio version!

His critically acclaimed novel “Vollidiot” (Complete Fool) tells the story of unlucky-in-love Simon Peters as he tries to woo the girl of his dreams, often resulting in hilarious consequences.

This comical story has also been made into a movie with German comedian Oliver Pocher taking the lead role. 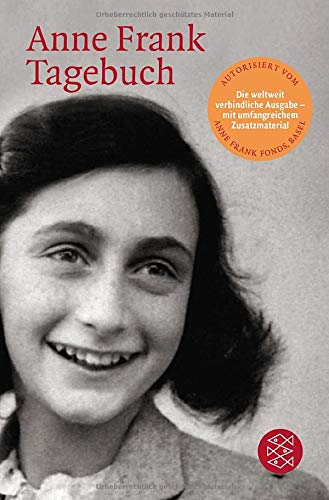 Known throughout the world, Frank’s diary entries tell her harrowing tale of hiding in concealed rooms during the Nazi occupation of Amsterdam. The diary is a fascinating read into one of Germany’s darkest times in history.

“Anne Frank Tagebuch” entries are short and to-the-point, so you can break the book up and read it in manageable chunks. As Anne was a teenager when she wrote it, the language and vocabulary is quite easy to follow and the themes are deeply relatable. 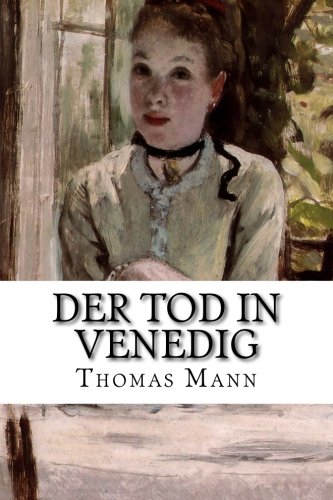 Mann’s “Der Tod in Venedig” (Death in Venice) might have been written and published over a hundred years after the “Sturm und Drang” (Storm and Stress) literary movement, but its themes of romanticism mean it’s often classified as a contemporary classic of the genre.

The story tells the tale of a famous writer who’s suffering from writer’s block. After travelling to Venice, things don’t improve and he eventually dies from cholera. It might not be the most cheery story in this list, but the novella size of the book means you can read it in no time at all—you’ll also be able to impress with your “Sturm und Drang” knowledge! 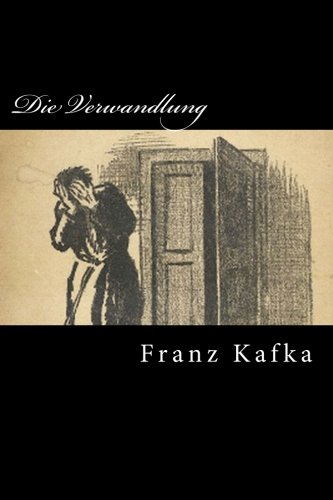 Kafka is one of the classic German authors. Whether you’re after a quick short story, novella or want to start on a lengthier novel, there’s plenty to chose from in his oeuvre.

“Die Verwandlung” (The Metamorphosis) is one of his novellas and probably his best known work. This imaginative story of a man who suddenly wakes up one morning to find he has transformed into a large insect is very simply written, without any complex sentences or difficult vocabulary.

The story itself is also easy to follow. It’s set over the period of just one morning as the unfortunate man and his family try to come to terms with his new form. 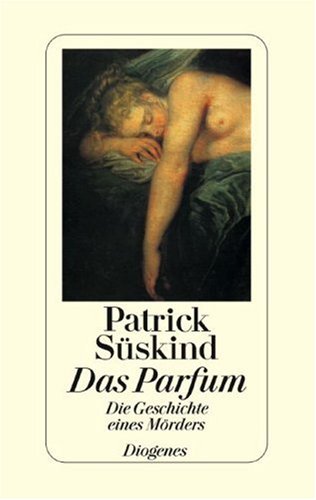 Süskind’s bestselling novel “Das Parfum” (Perfume: The Story of a Murderer) was turned into a Hollywood blockbuster.

The story—set in 18th century France—focuses on a perfumer’s apprentice who murders a number of women in order to discover the perfect scent. It’s a thrilling page-turner and kept Germany gripped—it managed to stay on Der Spiegel’s best sellers list for an amazing 9 years.

If you find some of the language quite tricky, you can always take a sneaky peek at John E. Wood’s English translation, which won the PEN Translation Prize. 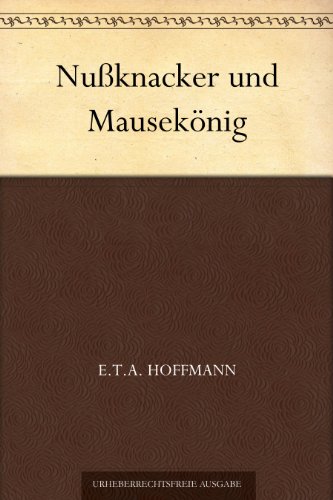 Not only is Hoffmann responsible for the novel on which the famous Christmas Nutcracker ballet is based, but he also wrote the terrifying short story “Der Sandmann” (The Sandman).

Based on folklore legends, the story of “Der Sandmann” tells the tale of a Sandman who throws burning sand into the eyes of children when they won’t go to sleep. It’s another one of this list’s novellas, a quick and easy read when you want to inject some German into your usual reading habits.

This is a great option if you’re tempted to move on and try some advanced German reading, as Hoffmann’s lengthy sentences and complicated language will give you a great taste of what reading difficult German prose will be like. 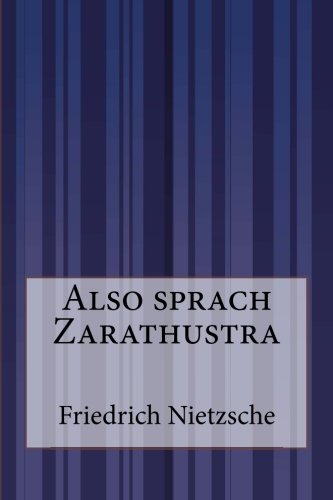 If you feel like dabbling into some German philosophy, why not try Nietzsche out for size? His critical texts—covering religion, science, and contemporary culture—are jam-packed with irony and eloquent metaphors.

When you can master Nietzsche’s decadent language, you’ll know you’re ready to move on to more advanced reading! “Also sprach Zarathustra” (Thus Spoke Zarathustra) is a great introduction to Nietzsche’s nihilistic theory—it’s split into four parts so you don’t have to struggle with the whole novel at once!

Once you’ve worked your way through this list, there are plenty of other German authors out there who will meet all of your literary and language needs!

The possibilities for intermediate German learners are truly endless.