How does one balance the dedicated life of an anime aficionado with the demanding duties of learning the German language?

It’s not as improbable of a subject as you might think. Other anime lovers who have discovered the glorious German language and found it addicting.

With a solid German study plan in place and a collection of favorite online resources for practice, there’s soon not much time for anything else. But a lot of anime is available with subtitling and/or dubbing in German.

In this post we’re going to explore why you should take advantage of anime as a German learning tool, and how to do it.

Why Anime Is a Perfect German Learning Tool

Anime is widely available on the internet with a massive international following from every corner of the globe. Having such a prominent position in the entertainment world means that it’s easily accessible, oftentimes for free.

Although learning German through subtitles isn’t exactly a revolutionary idea, many German-made shows floating around the internet may not pique your interest. News stories and countless dramatic Krimis (crime stories) tend to make up a large portion of available video content, so if that’s not your thing, it’s better to learn with something that truly entertains you.

Besides, because shows like the above are primarily made for a German-speaking audience, subtitles may often not be present. Whereas anime available outside of Japan is inherently geared toward an international viewership, so subtitles are a more likely thing.

Finally, as mentioned, multiple anime shows have incorporated elements of German culture, so you don’t have to miss out entirely on the German cultural angle while learning the language with anime. Later in the post, we’ll show you exactly what some of those shows are and how you can access them.

Those hours spent enjoying German anime can be all for nothing if you’re not actively storing the new phrases and vocabulary you come across. Ensuring you’re not only enjoying what you watch but also benefiting from it in the long-run can transform your anime binge watching days into an incredibly educational language experience.

Whether you’re a German beginner or a seasoned conjugation pro, there’s something to be gained by everyone through watching German anime. Beginners can use it to start picking up on commonly used words and get used to hearing spoken German at full speed if watching a voice-over version. More advanced language learners can take the opportunity to test themselves on how much they can comprehend, adding unknown words and looking up new grammar along the way.

To really maximize your learning, take your “new word” list and use it to create a FluentU custom flashcard set. You’ll then be able to study your new words with various content from across the web, and come back to your anime series with increased understanding. Sign up for a free FluentU trial today, and give it a try!

While learning German with anime is a lot of fun, you can get even more quality German exposure from authentic German TV shows and videos.

There are tons of German anime sites that easily pop up when you type in a quick online search. However, after browsing through dozens of series to find one that you’re just about ready to sit back and watch, the nasty error warning pops up that can hamper any thrilling German learning night at home.

The dreaded “dieses Video ist in deinem Land nicht verfügbar” (this video is not available in your country) warning flashes across your screen and all dreams of a cozy German movie night vanish. Some series have licensing restrictions in certain countries, which limits availability. So how do you find German anime resources available outside of Germany?

Here are five websites that will let you watch anime in German without having to make the trip. 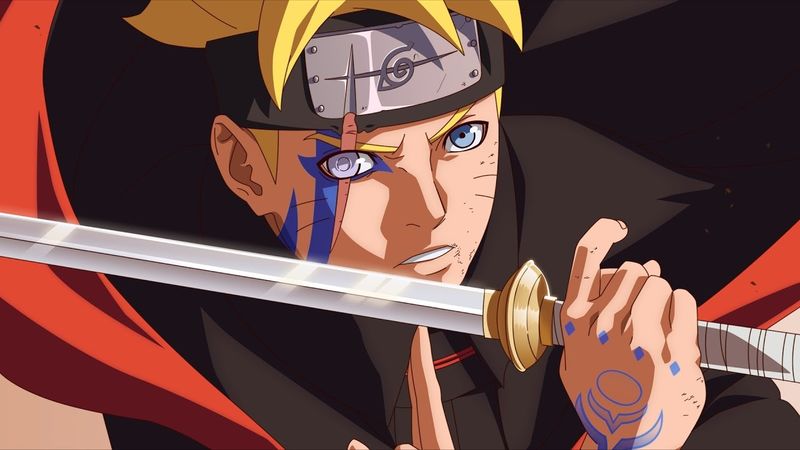 Crunchyroll offers a wide selection of anime videos with an option to select the subtitle and website language, with German being one language you can select. To change the language settings, scroll to the bottom of the homepage and find the “Language” category accompanied by a flag icon. Simply click “Deutsch” to change the website’s language settings, and that’s it! You’ll know it worked once the website text changes to German.

Although you don’t need to sign in to watch most videos, an upgraded account will eliminate ads, get shows fresh out of Japan quicker and unlock all the anime available on the site. A free account will still get you access to a ton of clips, so you can feel free to explore a bit before committing. There are definitely enough episodes available for free users to get a wealth of German language practice in. For even more German practice, you can scroll down to other viewers’ comments and see what they thought of the episode. 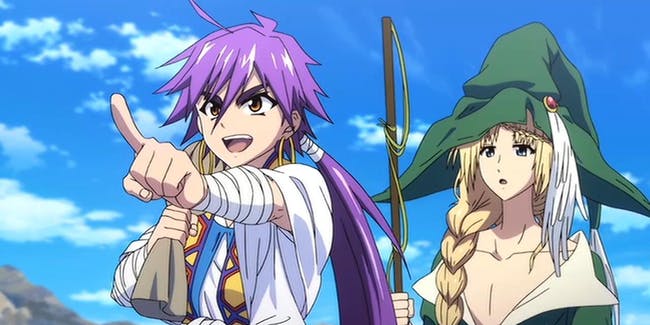 If you already have a subscription, Netflix is a great resource for live-action movies, documentaries and, of course, anime.

Accessing Netflix videos in German isn’t as straightforward as changing the language settings, however. There are a couple different options you can use to access German language material, including filtering for videos with German subtitles or audio, or using a VPN to access German content. The latter is the trickiest option, but it unlocks a host of anime options all in German.

By installing a VPN on your device, you can mask your IP address’ country and trick Netflix into displaying video options geared toward a German-speaking audience. In many countries, changing a VPN is completely legal. Be sure to double check before getting into trouble, though! Not even the best German anime is worth the trouble if changing a VPN is illegal in your country.

Even if you can’t or don’t want to use a VPN, though, you can still find some anime on US Netflix (and likely on Netflix for other countries) that’s available in German.

To install and set up a VPN for a German-speaking country, you can get started with a free trial of the Hide My Ass! VPN service. It’s fast, multi-platform and multi-device, and there’s a support team to help you if you have any issues. Once you’ve set up your VPN, Netflix will change to include authentic German content, but most importantly anime, with all German audio or subtitles.

Even if your Netflix account’s default language is set to English (this can be changed in account settings), you’re able to switch between German audio and subtitles once the film starts to play. Look for a speech bubble within your video player to select languages. 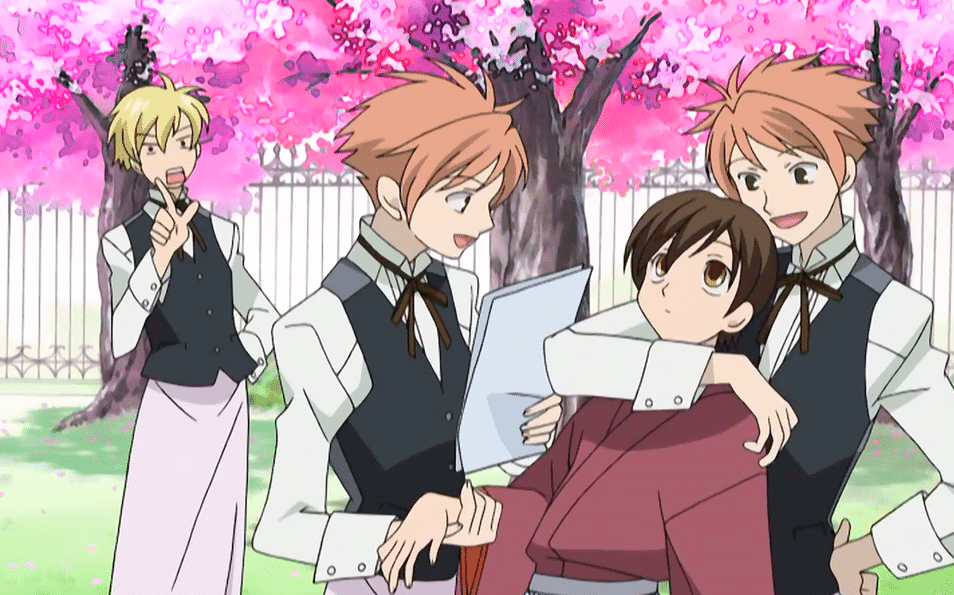 This one is probably a no-brainer for anyone who’s been on the internet in the past 10 years. YouTube is a wonderful resource for free German tutorials and cartoons. Japanese anime in German is abundant as well, with opportunities to catch up on the latest dubbed episodes, opinionated reviews and trailers for the hottest new releases.

In addition to actual anime content, German YouTube channels like AnixAce and Kamula review and critique some of the internet’s hottest anime–in German, of course. Reviewers have a much faster talking speed than your typical anime episode, so they may not be the best place to start out for German beginners—more advanced learners, however, can gain a lot by listening. 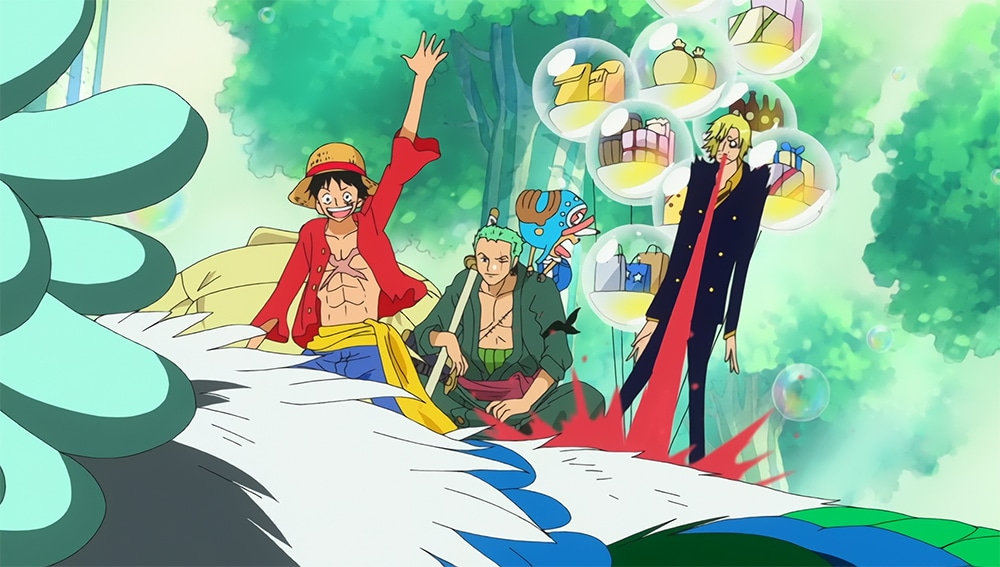 This all-German website is clearly geared toward a German-speaking crowd. It includes frequent anime news straight out of Japan (subbed to German), all sorts of popular series and a community forum to dish out your emotions in case you’re in need of a bit of writing practice. There’s no account signup required, and viewing is free.

Browsing German anime in Anime-Tube as as simple as picking a new upload from the homepage, or clicking on the menu item “Animeliste” up top to search for a specific anime alphabetically. All listings include a short summary, so you can warm up your German skills before plunging into full immersion. Most series found here have Japanese audio with German subtitles, but there may be some German audio pieces mixed into the massive database. 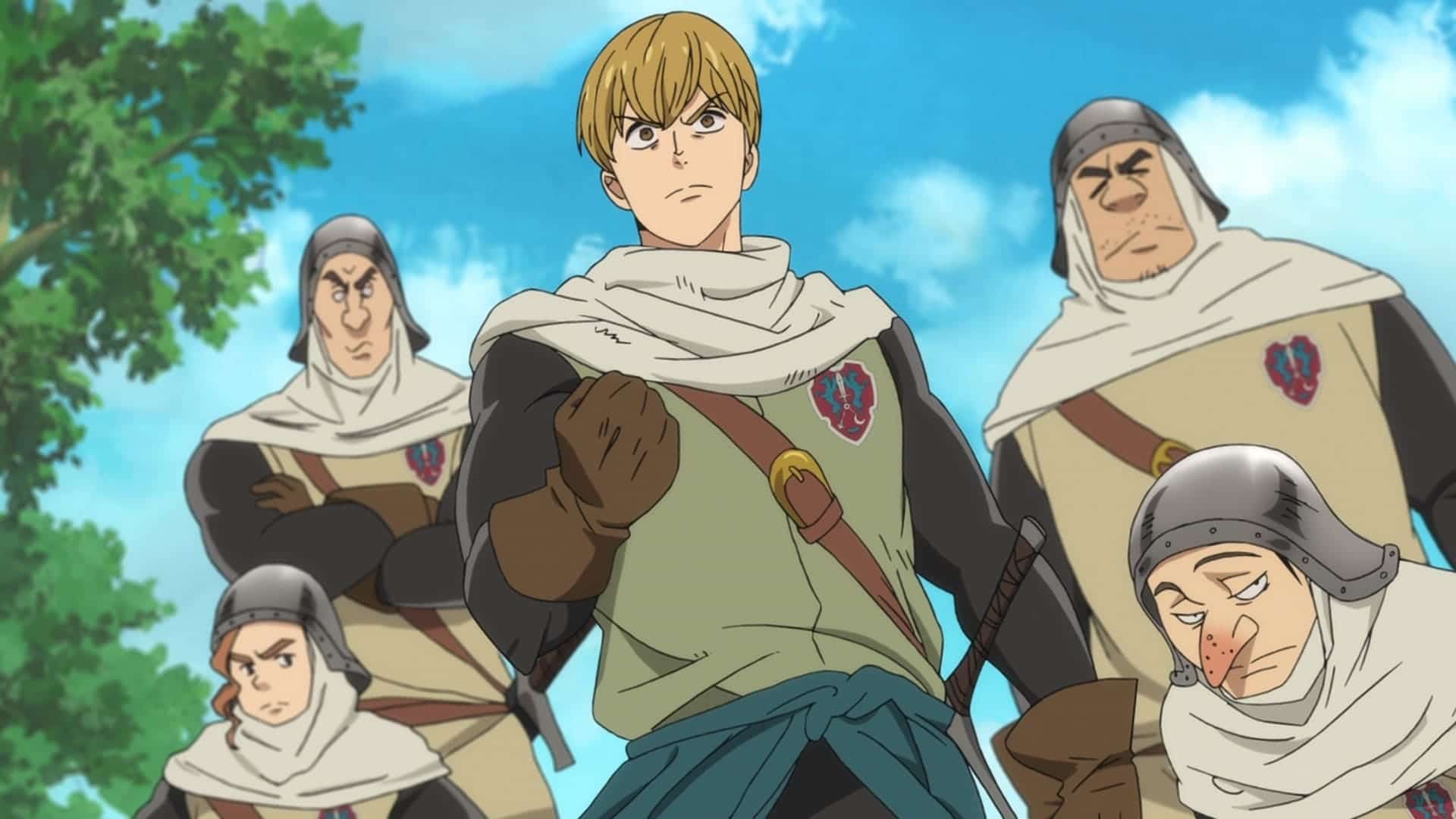 NeoNeko tracks down legal sources of German-language anime, so you don’t have to worry about visiting seedy websites in the name of anime. Because there’s a mix of dubbed and subbed episodes available, the choice to exercise your listening or reading comprehension is all yours.

Select “Language” in the top menu ribbon to choose either “German Dub” or “German Sub” (or “German Anime,” which pulls options for both/either). From there, you can choose an anime and access a list of episodes. It’s worth mentioning that NeoNeko doesn’t play episodes directly on its website. It provides a list of various legal websites, where you can watch your chosen German anime—just be aware that sometimes this means you may need to subscribe to a site (sometimes a paid site) in order to watch a listed episode. However, this is a great resource for seeing what’s out there.

If you’re an observant anime fan, you may have noticed that many series weave in German elements throughout the settings, character names and plots. Whether an anime takes place in a world suspiciously similar to World War II Germany, or blonde characters are named Heidi, there are definitely some parallels. What’s the motivation for so many manga and anime creators to use German or European elements? That’s not entirely clear, but it definitely gives series a more authentic feel when you’re watching them in German.

Below are a few beloved animes that definitely have a thing or two to do with Germany and where you can find them:

“Fullmetal Alchemist” in German isn’t super easy to find on the web because of licensing restrictions, but it’s available on German Netflix with an account.

A ton of trailers, clips and the first episode of “Attack on Titan” are available with German audio on YouTube.

You can find a list of the over 350 episodes of “Bleach” with German subtitles on Anime4You. (The links take you off-page to different streaming services, however, so click at your own discretion.)

Luckily, YouTube has the entire “Elfen Lied” series packed into one video almost five hours in length. If you’re in the mood for a German learning marathon, then this is the way to do it.

A note about the resource links above: Anime licensing and availability, especially in German, is constantly changing. Sometimes it can be difficult to find reliable sources to watch highly coveted series that are well known throughout the world because of strict licensing restrictions. Subscription websites like Netflix must acquire the license to stream these shows, which is why you may have better luck finding big-name series, such as “Bleach” and “Fullmetal Alchemist,” there.

Watching German anime comes with a host of educational benefits that make an otherwise passive past-time a treasure trove of information.

Apart from picking up on some Japanese culture and solidifying German language gains, viewers can also pick up on German culture and listen to native German with the power to pause and play.

Throwing anime into the mix makes it effortlessly enjoyable.