What if you could combine German language learning with the magic of Netflix?

Luckily, the U.S. version of Netflix provides English-produced films and TV shows with German voice-over dubs and subtitles. You even have the chance to dig through the database for classic German-made films.

Not to mention, simply covering up your IP address with a little trick gives you all the glory that is Netflix Germany. Keep reading to learn more about watching German movies and TV on Netflix with subtitles.

The Benefits of Watching German Movies with Subtitles

Watching a movie provokes a unique sense of wonder in the viewer, considering you take a trip into the world of one, or a few, characters who come in contact with everyday situations and speak like you would in real life. Particularly with movies made completely by Germans, you get to digest a story from writers, producers, directors, actors and even set designers who speak German and are well-versed in German culture.

Watching movies in any subtitled language serves you with a wide variety of benefits that you wouldn’t find by simply reading a book or reviewing flashcards. What are these benefits?

Tips for Making the Most out of Your German Netflix Experience

The first few times you watch a movie in German, or with German subtitles, it seems a bit odd. The words fly by quickly, and it’s difficult to enjoy the actual plot line without having to pause and regroup your mind. That’s why I put together a few tips for you to learn the most German in one sitting, while still enjoying your viewing experience.

How to Find German Subtitled Movies and TV Shows on Netflix

The Netflix movie and TV show collections change all the time, so you will need to complete a search in order to locate the movies that offer German subtitles on Netflix.

The American version of Netflix is limited in terms of German subtitled movies, but currently I am able to find 13 full-length movies and shows with German subtitles or voice over dubs.

How did I find this list of movies and TV shows with German subtitles?

3. Select the “German” option under the Subtitles.

This reveals all of the movies and shows offered with German subtitles or voiceovers. Keep in mind that some of these offerings are made for German speakers, while others use German voiceovers for the English dialogue.

How to Activate German Subtitles or Audio on Netflix

Just because you located the movie and TV show options that include German subtitles, doesn’t mean they automatically show up. To activate German subtitles or audio (to view subtitles in your own language), follow the steps below.

1. Open Netflix on your computer.

2. Follow the above steps to find German subtitled movies and TV shows.

3. Select the movie or TV show you want to watch.

4. Once it starts playing there is a voice bubble icon to the left of the full screen button (both of these are located on the bottom right hand corner of the video screen.) Click on this to choose your audio and subtitle preferences.

5. Switch back and forth without affecting playback.

Finding Additional German Movies on Netflix And Other Programs

I’ve found that some of the German movies aren’t transcribed by Netflix, so they aren’t actually categorized under German subtitled movies. Therefore, in order to locate some great German movies with subtitles (subtitled by the production company, not Netflix) go to the search bar and type in “German Movies.”

Some results will not give you what you’re looking for, but I found an extra 10 or 15 movies not included in the initial search.

Beyond Netflix, you can also find German movies on other streaming websites such as Hulu, Amazon Prime, Tubi and any other program you use. You can also learn in smaller portions with a program like FluentU, which uses short-form authentic subtitled content to introduce learners of all levels to real German speech.

Netflix is just the beginning, so don’t be afraid to branch out to find a new favorite.

Accessing Subtitles When Streaming Through a Device

Netflix allows instant streaming through various devices such as the Roku, PS4 and Apple TV. Locating and activating subtitled movies works a little different on these devices, as opposed to simply going through the previously outlined steps on your desktop computer.

Netflix provides a handy page for adjusting subtitles, captions and alternate audio on around 15 streaming media boxes and mobile devices, so you can use those guides depending on which devices you own.

Streaming to a TV or mobile device brings the movies and TV shows to you, as opposed to forcing you to sit in front of a computer and feel like you’re in a learning environment.

Using a VPN for Netflix Germany

A VPN (virtual private network) lets you block your IP address and simulate as if you are viewing from a different country. Let’s say you live in the United States, and you want to access Netflix Germany. Why would you need this? Because all of Netflix Germany is in German with German subtitles available, giving you loads of content produced in the country, along with large collections of subtitled or dubbed Hollywood movies. In short, Netflix Germany assumes that you speak German, so the German TV shows and movies are more plentiful than in the U.S. version of Netflix.

This is technically against the Netflix terms of use, but using a VPN is not illegal in many countries, such as the United States.

An easy way to setup a VPN and magically change your location to Germany is by installing HideMyAss! VPN on any of your devices—it works on your computer, smartphone and internet-enabled TVs and game systems.

To get you started viewing German subtitles and dubbed movies on Netflix, I compiled a list of some favorites.

Find the first three suggestions on regular Netflix, with German subtitles and German audio dubbed over them. 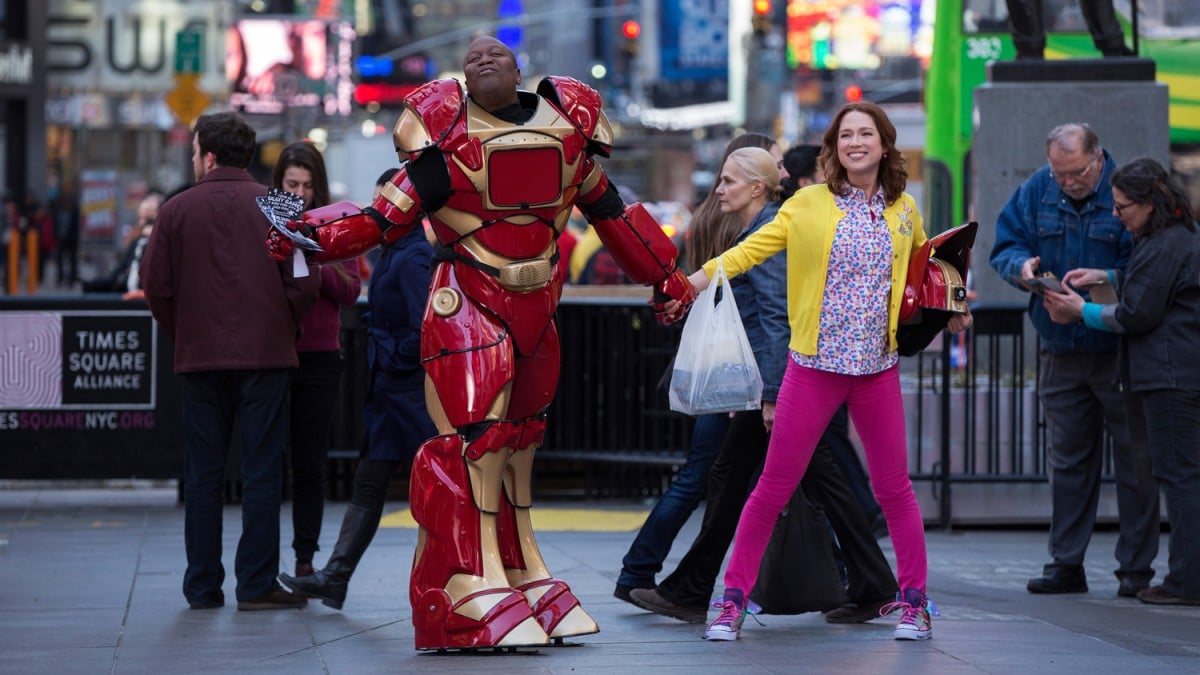 This is a Netflix original, following a woman who spends years of her life living underground, because someone convinces her and a few other women that the world has ended. When saved, she goes on a comedic adventure in New York City.

“Unbreakable Kimmy Schmidt” is all about Kimmy, played by Ellie Kemper, living and learning alongside her stressed employer, played by Jane Krakowski, and her flamboyant roommate, played by Tituss Burgess. Tina Fey is one of the creators of the show, bringing us one of the funniest shows to learn German with. 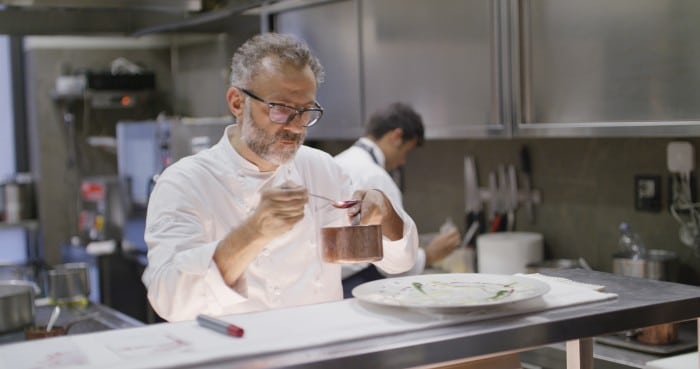 “Chef’s Table” follows six world-renowned chefs who chat, cook and eat in six wonderful locations. The brand new Netflix show strikes gold in the minds of culinary lovers, and it serves as a wonderful way to figure out how to pronounce tricky food names in German.

Each episode focuses on a different chef, learning about the way they view things like food, life and overall happiness. 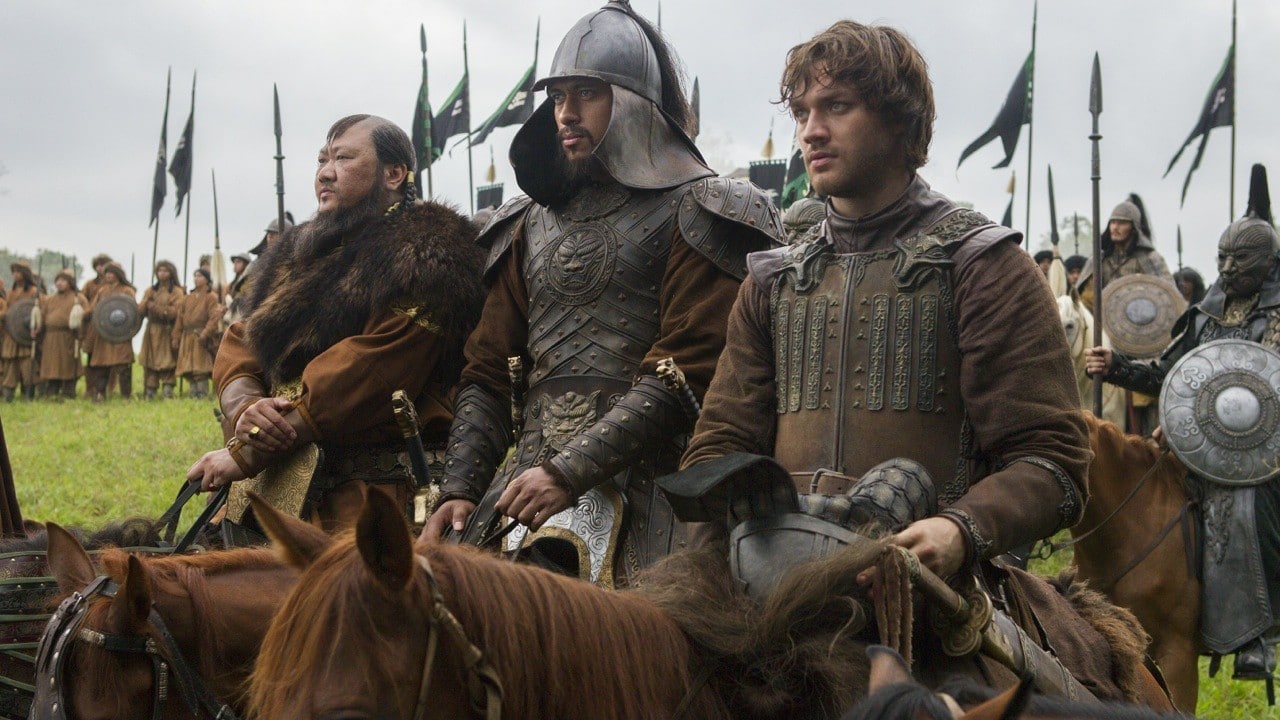 Based in 13th century China, this Netflix original outlines a fictional take on Marco Polo’s quest into Kublai Khan’s territory. The adventure-based series is filled with betrayal, greed and sexual intrigue, with worlds colliding as the young Marco Polo finds himself in a place much different from home.

“Marco Polo” began airing in 2014, and it features Lorenzo Richelmy as the protagonist, Polo. Other cast members include Benedict Wong as Kublai Khan and Joan Chen as Empress Chabi.

The following three require you to search for “German movies” in the standard U.S. Netflix search bar. 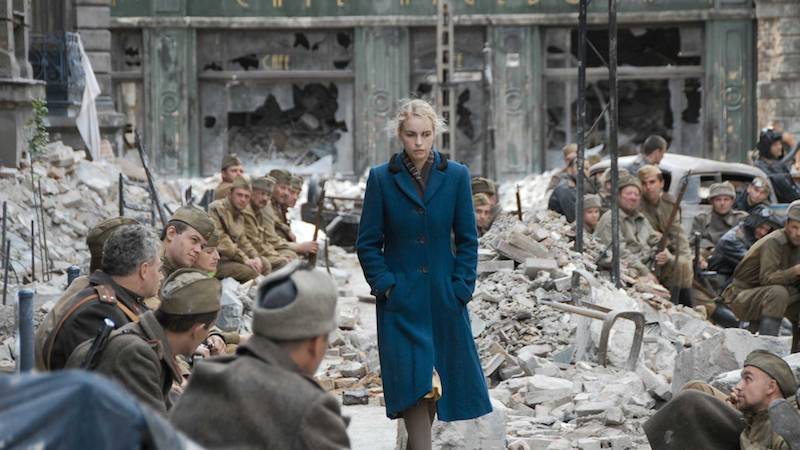 “A Woman in Berlin,” made in 2008 and starring Nina Hoss, portrays a female journalist’s life during the Russian invasion of 1945. The film looks at the crimes perpetrated against women by Soviet soldiers during that period, and how the women tried to survive. 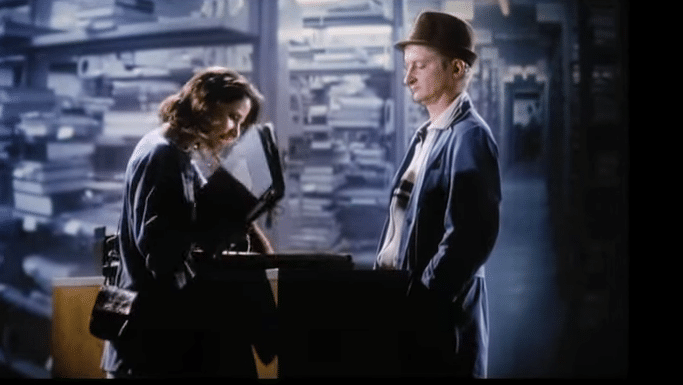 Learning about the Third Reich—and much of Germany’s tainted past—provides an interesting advantage when viewing movies in German. “The Nasty Girl” is about a high schooler who writes about her town when the Third Reich was in power. She uncovers that much of the town collaborated with and assisted the regime.

Made in 1990, “The Nasty Girl” serves as a reminder that many regular people were involved in confrontational, and often violent war crimes. Starring Lena Stolze as Sonja, the historical drama follows the lead as she starts to realize that the town’s people do not take kindly to her research, so they eventually turn against her. 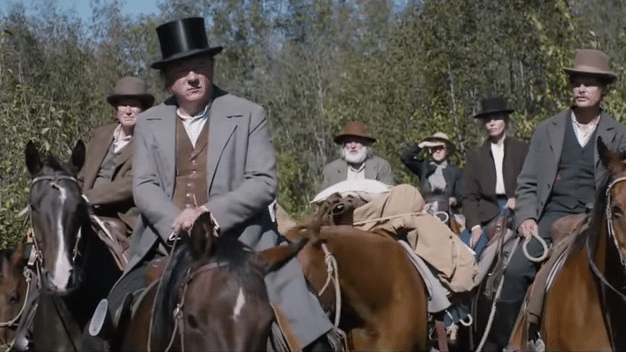 Presented in German audio with English subtitles, “Gold” is the story of seven amateur adventurers (mostly German) who navigate through the brutal Klondike. The dramatic western film is set in 1898, and it’s written and directed by Thomas Arslan, who gives us some stunning visuals of the British Columbia landscape.

These final three movies and TV shows are available if you set up a German VPN. Keep in mind that the links will send you to the Netflix homepage if you don’t have the VPN working for you. 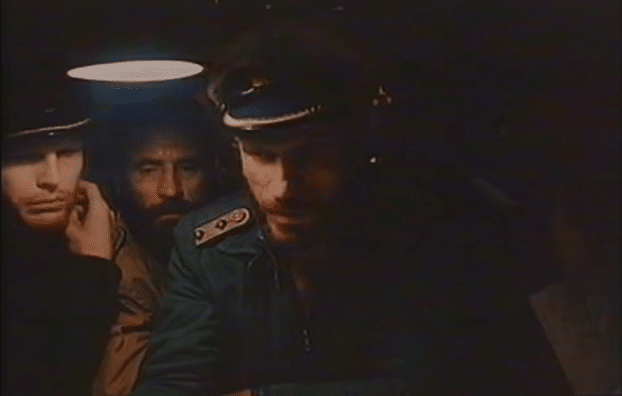 This classic miniseries tracks a fictional German U-Boat and its crew in the middle of World War II. If you’ve ever taken a German class in school you’ve probably heard of this series, since it serves as a great way to learn about Germany’s history and take in German language in a fairly clear manner. 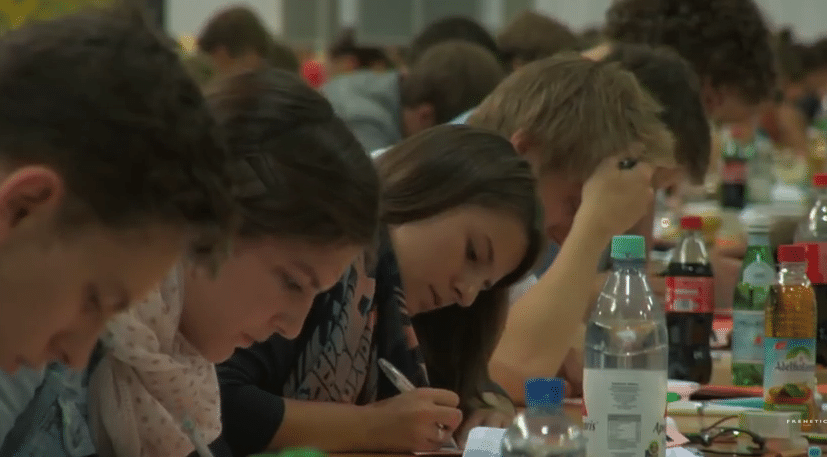 This is a German documentary that outlines how the educational system has started to discount creativity, only to focus on standardized tests. “Alphabet,” made in 2013, features interviews with experts like Ken Robinson, Yang Dongping and Andreas Schleicher.

The documentary helps German learners understand some of the problems that are currently going on in the world, while seeing it through a different lens, that being the German language. 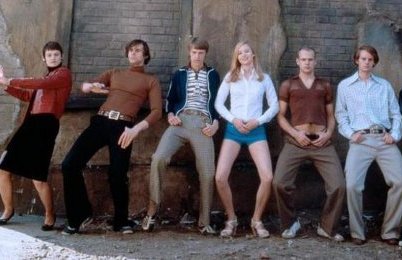 This movie follows a few German teenagers who spend their time indulging in Western pop music and consumerism, all in the heat of the 1970s East Berlin. The 1999 film stars actors like Alexander Scheer, Alexander Beyer, Robert Stadlober and Teresa Weißbach.

Written and directed by Leander Haußmann, this is the ideal movie for younger German learners who want to see the absurdities that occurred if you were to grow up in a place like the east side of the Sonnenallee in Berlin. This area was one of the few border crossings between East and West Germany, leading to sometimes strange, funny or tense interactions between guards and passing citizens.

So go ahead and keep on indulging in Netflix. You can now watch guilt-free, just by watching German TV and movies!

Joe Warnimont is a blogger and adventure-seeker. When not riding his bike around Chicago, you can find him sprucing up his German skills. He has watched “Run Lola Run” about ten too many times.