Whichever way you view them, graphic novels provide awesome images and interesting plot points, making them ideal for learning a language like German.

If you’re interested in immersing yourself in the modern stories about Germany, while also taking in the country’s rich, and often troubling history, graphic novels offer something for you to learn.

The graphic novels in this list are a great way to experience engaging stories while also learning about German language, culture and history. 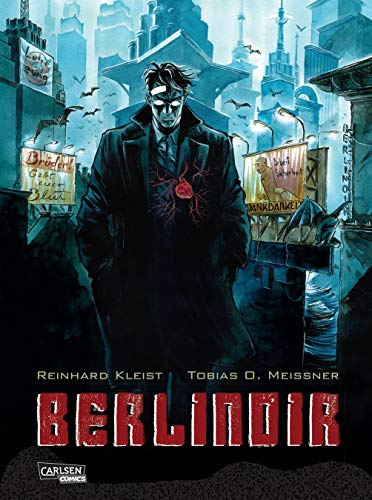 The story is about how mobs of bloodthirsty vampires rule the dark streets of Berlin. It’s perfect for those who want a look into some of the landmarks in Berlin, and the language is relatively easy to adapt for people on the intermediate learning level.

“Berlinoir” gives you a strong perspective on some of the realities in Berlin, but through a more morose, fictional format. 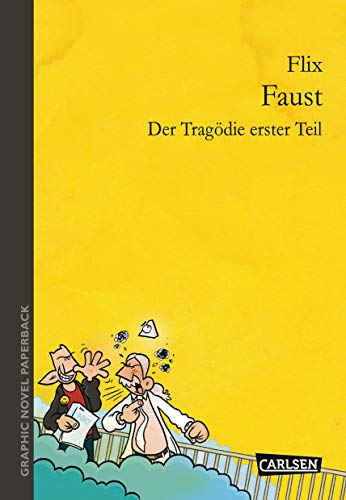 “Faust” is written by an author named Flix, and it features a modified, yet inspired version of the famous “Faust” book from Johann Wolfgang von Goethe. The cover itself is enough to display that the illustrations offer a fun and playful look into the famous book, and it’s a wonderful option for fans of the original “Faust.” (And for those who like a little color in their story.) 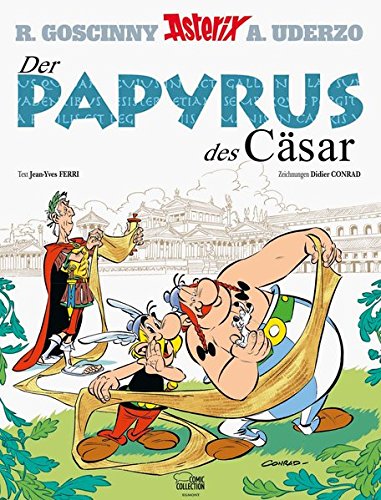 This is considered the most successful German graphic novel from the years 2013 and 2014 (“The Missing Scroll”). The “Asterix” graphic novel is an international phenomenon, and it works well for learners since you can keep buying and reading the spin-offs.

Dozens of prequels and sequels are available, so if you would rather commit to a series with short sentences for easy language learning, this is a great solution. Not to mention the themes are funny and the drawings are goofy as well.

It’s not polite to spoil this particular story for you, but the entire “Asterix” series follows a village of Gauls as they fight off Roman soldiers who are trying to take them over. The graphic novel lands in the humor category, and each book has a new tale to tell—like 36. 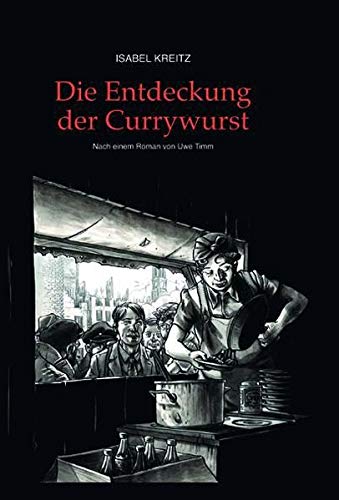 “Die Entdeckung der Currywurst,” or “The Invention of Currywurst” (a curried sausage), serves as a beautiful love story set in Hamburg.

The graphic novel takes place in April of 1945, but it follows a man who is reminiscing about his past and how he lost a girl who used to work at a snack bar. He goes out to find her, only to discover that she is now at a nursing home, where he sits and talks to her about the past.

Reminiscent of “The Notebook,” this is a German graphic novel for those who like a good love story. The vocabulary isn’t too difficult to grasp, and it introduces themes of love, death and missed opportunities. 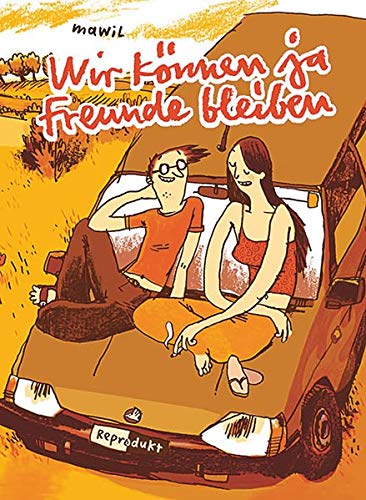 This fun, yet sad graphic novel is about a man who looks back on his life, only to realize that love was never his strong suit. He thinks about his time as a young person in the church, during his days spent on the Baltic Sea and while studying art in school. Regardless of the fact that he always looked for love during his adventures, he was never able to find it.

“Wir können ja Freunde bleiben,” or “We Can Indeed Be Friends,” works well for German language learners because there’s a good chance that you want to speak to a loved one in German to express your feelings. 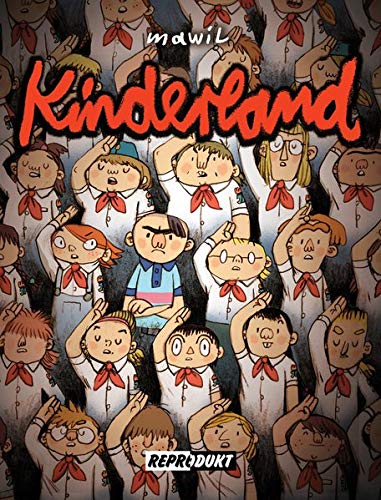 “Kinderland,” which translates to “Children Land,” is a fun graphic novel for beginners and intermediates alike. It follows a young boy in the summer of 1989 in East Berlin. He is usually quite good in school, but he starts to have trouble with the Free German Youth, where his adventures begin.

The novel is written and illustrated by Mawil, who uses somewhat crude, yet playful drawings with the text, often overlaying on top of the images—which is nice for learning and keeping along with the story’s flow. 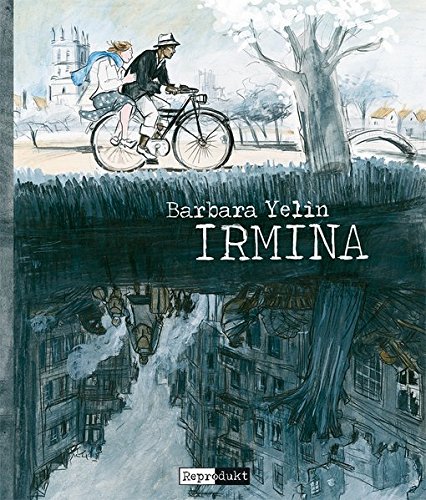 “Irmina” is a must-read for people who like World War II stories based on actual events. The graphic novel is about a woman who moves to London to become a secretary, but she’s eventually forced to move back to Berlin right in the middle of the Nazi movement.

She ends up being coaxed into the Nazi party, which gives you a clearer view of the complexities that occurred in Nazi Germany. The graphic novel is by Barbara Yelin, who presents this story from her own connections and experiences. 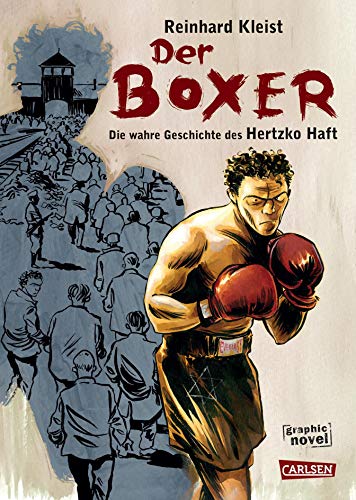 “Der Boxer,” or “The Boxer” in English, is one of the finest works from Reinhard Kleist. It tells the incredible true story of the Jewish boxer Hertzko Haft, who was forced into concentration camps during World War II and pushed to fight other people for entertainment. It’s a tale about heartbreak, bad deeds, the will to survive and even hints of forgiveness.

A well-known story among Germans, the graphic novel offers a peek into what it truly felt like to live in Nazi Germany, along with the survival skills needed to push through.

What Makes a Graphic Novel Useful for Learning German?

By definition, German graphic novels are packed with visuals, allowing you to piece together what is going on in the story. Although German books are handy for taking in fun stories and learning German, graphic novels have the unique advantage to help you realize what some words mean just by looking at the pictures.

Many of the graphic novels outlined below are funny or heartbreaking, helping you feel like you aren’t doing any work, since the story lines are so strong.

It’s also interesting to know that both comic books and graphic novels were banned under the Nazi party, so many of their themes involve details from German history, from the Berlin Wall to the World Wars. Reading through graphic novels present a visual and written documentation of what people were feeling during those times, and they help you realize how citizens were able to cope when presented with difficulties: through humor and art.

Graphic novels are also helpful for language learning because they combine visuals and text, engaging multiple parts of your brain to form connections between words and meanings. Watching captioned videos in German is also useful for this same reason.

FluentU is a program that teaches German using authentic web videos like cartoons, movie trailers and news clips. These clips all have interactive captions, letting you read along with the dialogue and look up words as you go.

German videos and graphic novels both let you immerse yourself in engaging content that provides a visual context alongside the written language, which will help you remember the language better.

Videos, of course, have the additional benefit of letting you also practice listening and pronunciation. While graphic novels can’t help you with pronunciation, they more than make up for it by providing some truly deep and relevant stories that you can lose yourself in.

From vampires roaming the streets of Berlin to a boxer fighting internal and external battles, the list above is only a hint of the beautiful German graphic novels available to you online or if you decide to visit Germany one day.

I recommend you think of a genre you enjoy and start with a graphic novel that aligns with those interests. If you enjoy the graphic novel, keep the learning momentum going by seeking out other graphic novels from that same author. Happy reading!