Impressive Improvement: How to Improve Your German in 7 Speedy Steps

Even with all the right tools, you’re still bound to encounter obstacles while learning German.

Sometimes, changing how you go about learning can greatly improve your German.

To help you build your working vocab and expressions, here are seven simple and logical tips for how to improve your German and progress toward fluency. 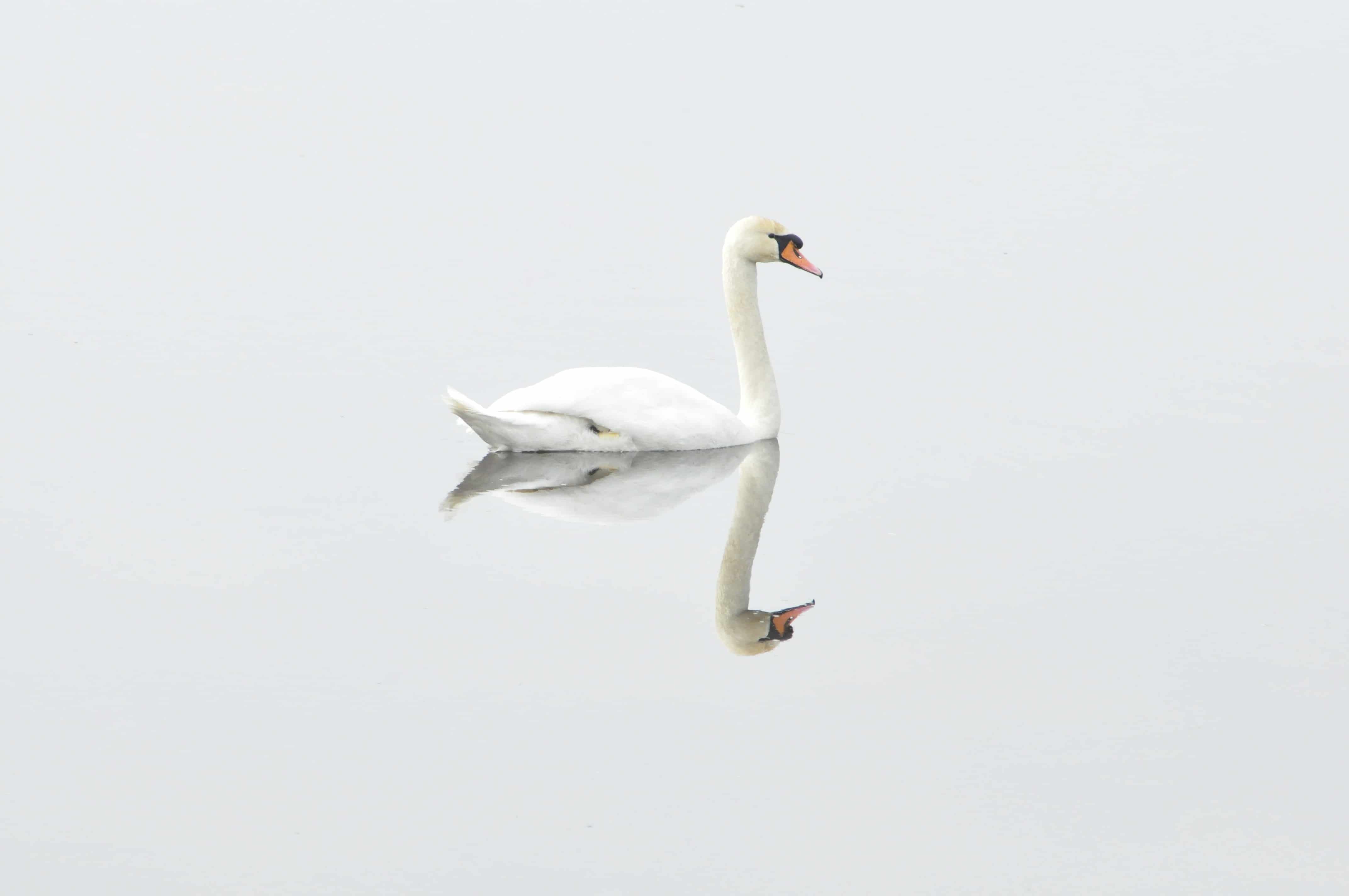 Unfortunately learning German isn’t as simple as swapping each English word for a German one. Each language has its own logic and structure. When they say that to truly learn German you must be able to think in it, they’re talking about its idiomatic characteristics that usually aren’t found in other languages.

Knowing the literal translation of the sentence, even if it sounds funny in English, can help get you embedded in the syntax of the sentence. This makes remembering it easier, and starts to pull the curtains away from the structure of German.

Let’s take, for example, the simple case of saying “How are you?” to your friends: Wie geht es dir? Even if you’ve heard of it before, it could look like an odd expression without much sense to it. However, like so much of German, there’s an inherent rationale to it. Let’s break it down:

What you’re actually saying when you part ways in Germany is “How goes it to you?” While it sounds awkward in English, it does start to make some sense. It sounds like a greeting. Finding its literal translation can make it easier to absorb once the logic is laid bare, and helps get some more vocab out of a single expression.

2. Get a Grasp on the Grammar 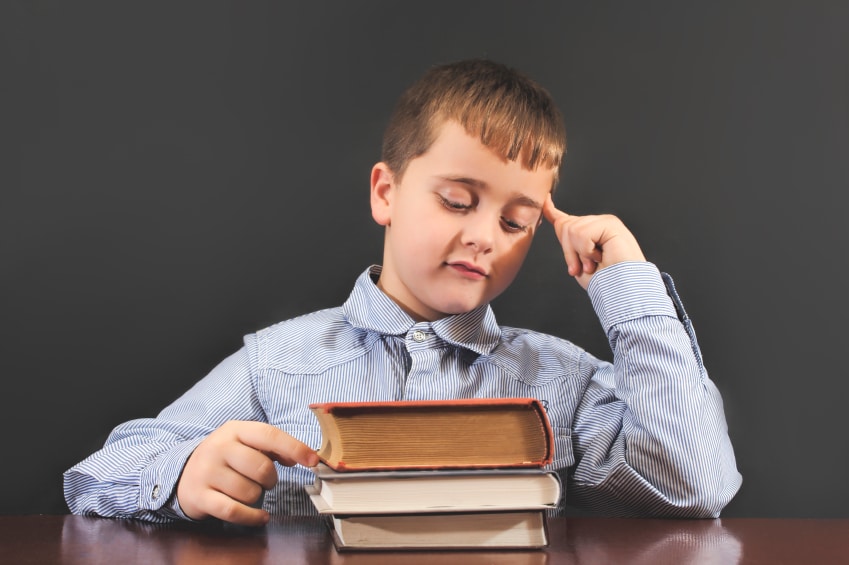 Most people seem to fear grammar. But those bunches of rules can actually make learning a language easier. Here’s why learning grammar sooner is better:

The more parts of a phrase that don’t make sense to you, the harder it is memorize that phrase, and the less likely you are to use it.

The beginning German learner will probably recognize that there’s a verb conjugated in the “I” form. But why does the sentence end in zu? (Zuschauen is a separable verb, so the prefix zu goes to the end of the sentence when the stem is conjugated.) What about ihm? (It’s the dative form of er or “he,” which here is the equivalent of “him.” In this case, it also has to do with that prefix zu, but you can learn more about that later.)

Doesn’t knowing these things make the sentence easier to remember? Otherwise, you’re memorizing a bunch of sounds that don’t mean much to you yet.

Learning in context and breaking down sentences are two of the best ways to boost your learning. The two techniques combined will help you recognize patterns in German grammar, and become confident in recreating it in your own sentences.

I highly recommend listening to German speakers and noting the way they use words and grammar. If you’re not too confident in your listening skills, the FluentU program offers authentic German videos with interactive captions.

You can read along (in German and English) while you watch and take note of the grammar being used. Any time you see a word being used in an unexpected way, you can check what it means and its grammar info by hovering your mouse over it. Save anything of note to your personalized flashcards for later review.

3. Don’t Let Grammar Get in the Way 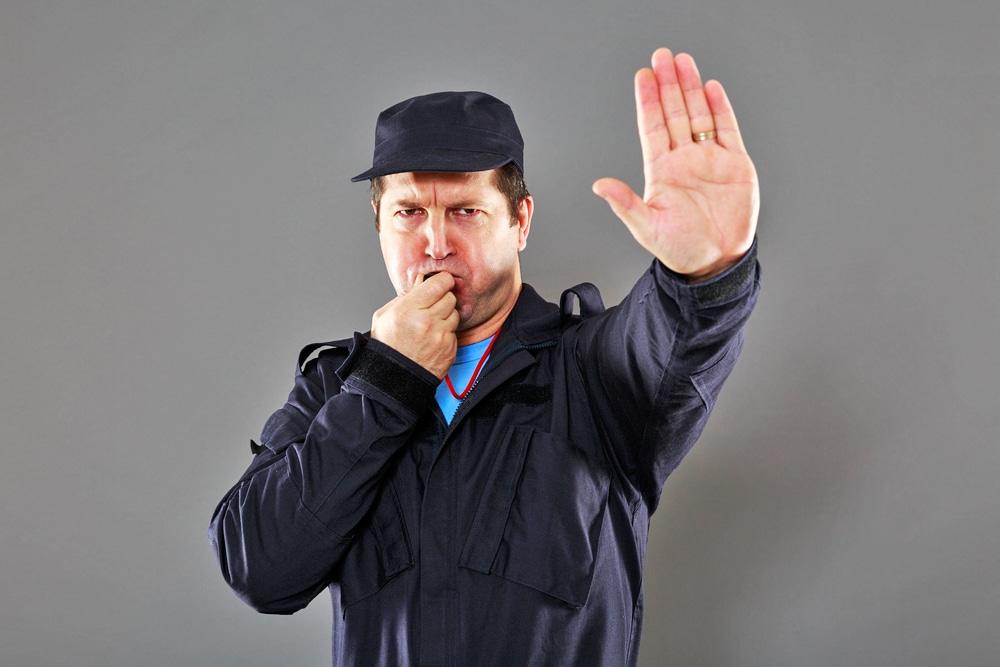 The above point being said, don’t get hung up on grammar and mechanics that you don’t understand at the moment. Simply memorize the sentence and trust that later it will make sense why it was written like that.

Learning German, as with any language, takes a leap of faith. Sometimes pieces fall into place further down the road.

Grammar can get pretty hairy and overwhelming at times for a beginning learner. Still, it may be useful to have a German speaker explain it to you, even if it doesn’t make complete sense at that moment.

Sometimes just knowing that there is a logic behind the mechanics of a sentence gives a boost of confidence.

4. Use New Vocab in Old Sentences 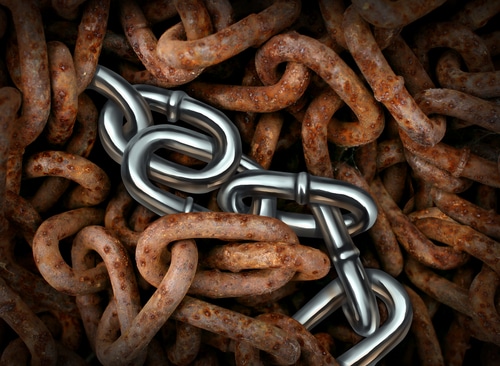 As you improve German, you’re constantly building on what you already know. Once you’ve learned a sentence, challenge yourself to find new words to substitute into its structure. For example:

You don’t have to start garnering a taste for apples just to use this sentence in conversation. Switch out Äpfel for any number of foods, such as Bananen (bananas), Käse (cheese) or keep it simple: Pizza (pizza).

It nearly sounds too obvious to mention, but working with sentences this way forces you to engage with them, making it more likely you’ll remember them, as well as put them to use. Maximize the potential of each phrase you learn by trying out simple variations.

5. Say It Loud and Proud 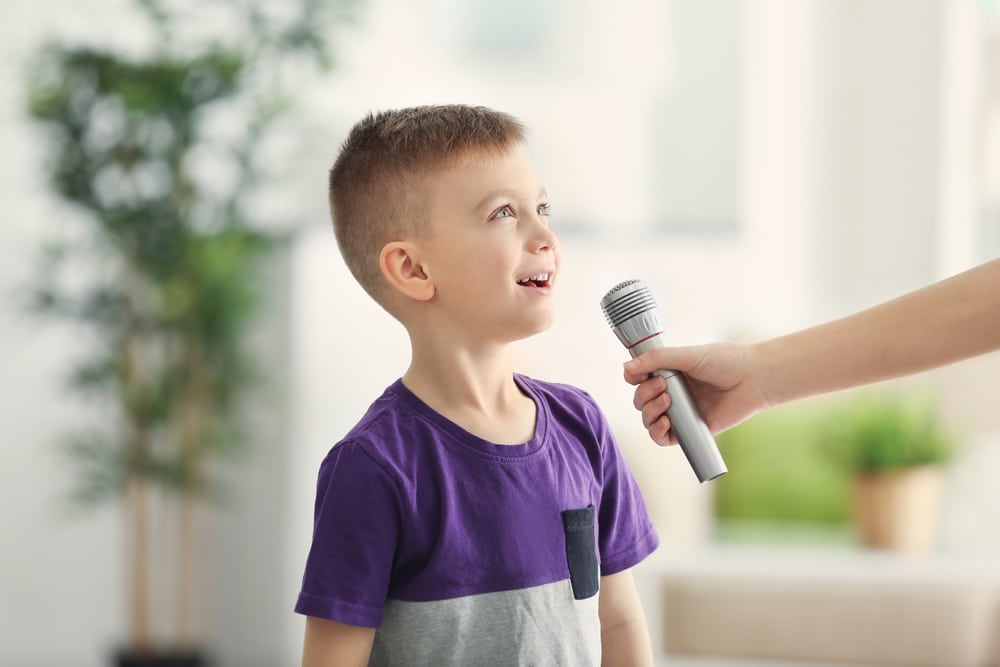 Studies in psychology suggests that memory retention can be improved by speaking out loud the sentences you want to master. When learning languages there’s an additional reason to speak up: You want to get used to saying them in conversation anyway.

It can be hard to break through the natural habits of being a native English speaker, such as forgetting that the German “w” sounds like the English “v.” The result is the equivalent of being an Elmer Fudd looking for the “wascally wabbit.” Not only does reciting the sentences vocally make more connections in your brain and re-correct what it thought it knew, it helps develop your tongue get used to making those unfamiliar German sounds, such as “ch” or “z.”

And since people will avoid the crazy person speaking to himself in German, you’ll have more time to study.

6. Write Phrases out in Longhand 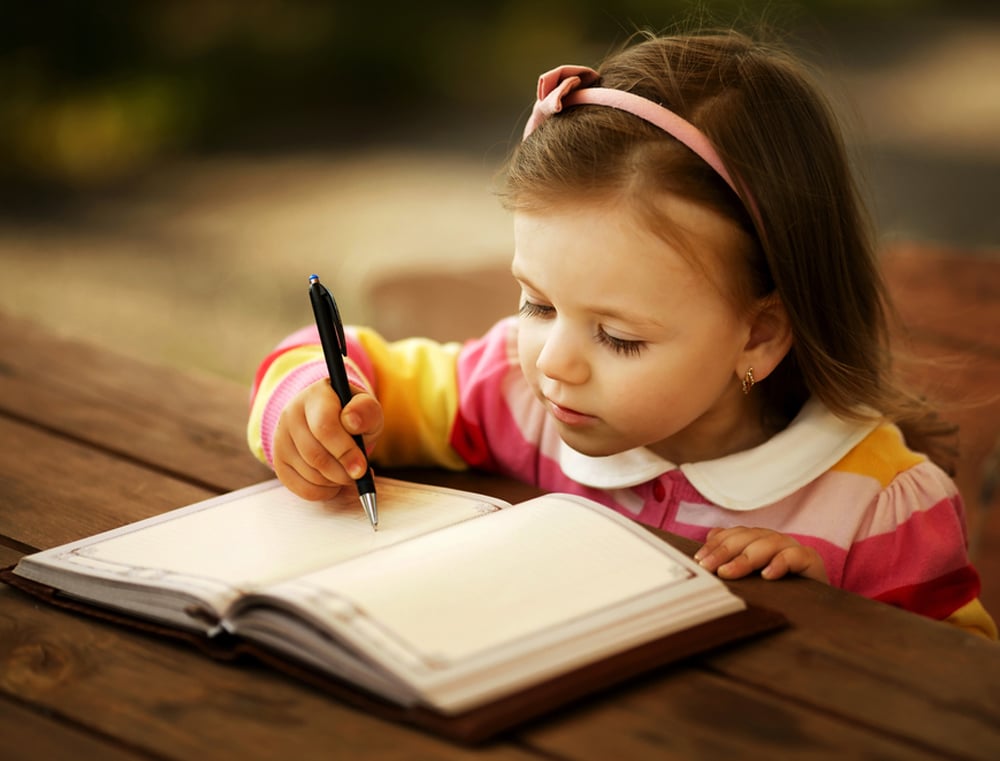 Ever notice that you can remember your to-do list without even looking at it once you’ve written it down, but can’t remember half of it if it was only ever in your mind?

There’s something about the act of writing things down (more so than typing them) that helps lodge them in our brain. Why not go old-school and use this to your advantage when learning new German vocabulary and sentences? It only takes a minute to write down new phrases, a time investment well worth the advantages it brings.

Any faithful learner of German will have a nice source of material that they’re challenging themselves with, whether it be a textbook, a German news article or a website with a vocab list. Wherever you get them from, consider keeping these phrases on a piece of paper in your back pocket. Why twiddle your thumbs in the dentist office or while waiting for the bus when you can be copying German phrases?

Write them on the bathroom stall if you have to. Hey, it’s in the name of language learning.

Eventually, try to complete the task from memory without looking the words up. Engaging with the sentences in this way is another chance to get down and dirty with the German language and speed your progress towards fluency. 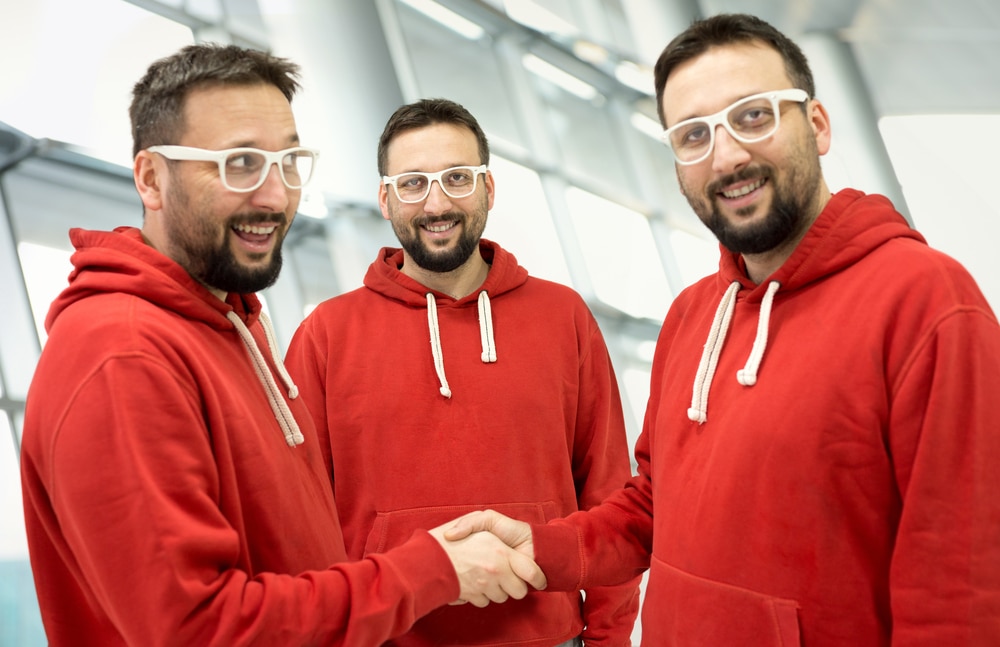 The goal of learning any new language is to be able to use it to communicate effectively and express yourself. Another way to set yourself up for real-world usage is to organize phrases that have similar meanings or that can be used in related situations.

For example, Ich habe schon gegessen (I have already eaten) can be paired with Ich habe keinen Hunger (I’m not hungry), as they are likely to both be used in the same conversation. Write them down together in your learning journal (if you have one), put the flashcards on the same part of the fridge or simply write the phrases next to each other on a piece of paper (in case you haven’t read #6).

Whatever your study methods include, add some canniness to it and get the most out of your efforts.

Obviously textbooks do a lot of this matching for you, generally offering vocab and phrases on a singular subject. Still, making these connections yourself with phrases you encounter from various sources forces you to work with the language in an intuitive and useful way, leading to better results down the road.

It isn’t always easy to improve German. Sitting down and learning new words and phrases can’t be avoided. Still, if you throw your back into it and constantly challenge yourself in creative ways, you’ll ultimately get rewarded.

Persevere, picking up the grammar when you can and plugging on when you can’t. Look for ways to do more than just reading the sentences quietly to yourself and you’ll figure out how to improve your German much faster than you expected.