Like driving on the “wrong” side of the road, typing in another language can be disorienting.

Fortunately for German learners, the new rules of the road—er, keyboard—aren’t all that difficult to get accustomed to.

We’ll show you some great online practice tools to help you master typing in German, including a few out-of-the-box options with additional language benefits.

Before you know it, you’ll be a fast and furious (and fluent) German typist.

Since the German alphabet is very similar to the English one, I myself assumed for a long time that I never had to actively practice typing in German. But that all changed when I had to transcribe a long, handwritten German document.

It was easy enough to read, but I found my hands aching after just a few hundred words. How could that be, when I can comfortably type for hours in English?

Typists of English have muscle memory adapted to English. The letter combinations th, ed and others are so common that your fingers pretty much go there automatically.

German has plenty of similarly common combinations, but they’re different from English. En, sch and ei are some that native English speakers might stumble upon when typing quickly. Get accustomed to them now and you’ll thank yourself the next time you have to type anything from an email to an essay in German.

Not to mention the fact that German keyboards use a recognizable but slightly different layout than English ones. There are just enough swapped letters to trip you up even when you think you’ve got it down.

You’ll definitely want to be comfortable on this layout if you plan to spend time in Germany, especially if you want to work there. You’ll be glad not to keep your boss waiting on your assignments just because you’re a slow typer!

The practice resources below are the most efficient way to re-train your muscle memory when typing in German. They’re designed to catch your English habits and familiarize your fingers with German keyboards and letter combinations.

Plus, there are even linguistic benefits to German typing practice.

When you take a German typing test, you’re automatically reinforcing your memory of German words. It’s like reviewing a vocabulary list.

You’ll also absorb German spelling as you type out the words that get prompted. Some of these resources even have you type full sentences or passages, so you’ll get more comfortable with German sentence structures.

To get the most out of these practice resources, be sure that you’re typing on a German keyboard layout—known as QWERTZ instead of QWERTY. You can change your device’s keyboard layout easily in the settings. For many mobile devices, you can add a German keyboard (alongside other foreign keyboards) and seamlessly switch between them when texting, emailing, etc.

Here’s how to get foreign keyboard layouts for:

If you ever borrow a German’s laptop or use a public computer in a German library, for instance, you’ll be glad you’ve already gotten some practice with that new layout. 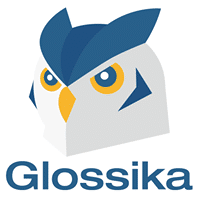 You might know Glossika as a language tool for speaking and listening. It’s true, that’s its main function. But recently the developers have added typing exercises that make it an even more complete package.

Once you register for a Glossika account, you can choose from four different exercises in addition to the main German speaking and listening portion.

Try out Dictation, where you hear a sentence from a native speaker and must type it in full. The Typing exercise has you copy a sentence directly or from the IPA pronunciation characters. Make sure you get those umlauts (the mark over the vowels ä, ö or ü) right!

Fortunately, there’s immediate feedback once you type your answer. 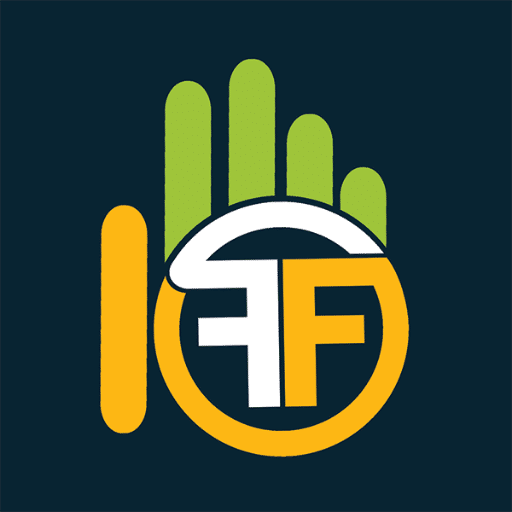 This is an extremely popular site for people learning to type in tons of different languages.

Not only does it give you immediate feedback on where you went wrong, but you can also customize the typing test in several different ways. Add your own texts to practice with, randomize the word list or play with the time limit to your heart’s content.

Try competing against others in a typing race, or work your way through the 1,000 most common words in German—hit 50 words per minute to unlock new levels!

Here’s an alternative to 10fastfingers if you want to try a new format. This is one of the most popular websites used by Germans to practice their typing skills.

You can choose to view the QWERTZ keyboard layout as you type, but you’ll still need to make sure your own keyboard is operating in QWERTZ mode from your device’s settings.

To use it for typing practice, the review quizzes at the end of each video are your best bet. They include some fill-in-the-blank exercises that can help you associate new vocab with how to reproduce them on the keyboard.

This program is best used as a complement to one or more of the others on this list. This is because its emphasis is on showing how natives use German to communicate, which can help you sound more natural. 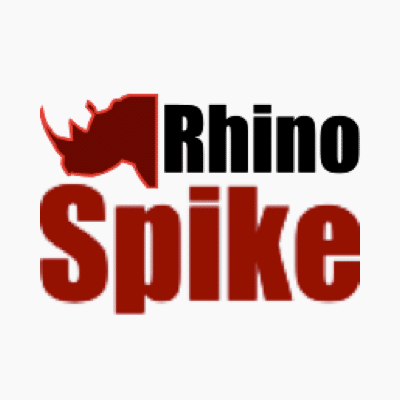 This is a site I’ve used tons of times.

It was originally designed for native speakers to make recordings of short texts in their languages, but not many people know that it actually has a relatively active “correction” feature—perfect for some indirect typing practice.

All you need to do is type up a document and submit it to Rhinospike for a native speaker recording. You can ask for corrections when you do so, and you’ll probably receive them because nobody wants to record a text that doesn’t sound natural.

When someone gives you corrections, you get a whole new transcript of the native speaker’s recording with their changes highlighted for you.

This will show you where you made German typos, from spelling errors to forgetting accents. Better yet, you’ll see additional mistakes you might’ve made regarding vocabulary and grammar. And you’ll have the native audio on top to listen to, which is wonderful for both listening and pronunciation practice. Talk about a win-win-win. 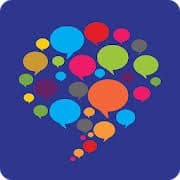 I’ve been suggesting websites so far, but this is a phenomenal Android and iOS app for chatting with native speakers. All that I’ve said about retraining your fingers for German typing applies to retraining your thumbs as well.

Autocorrect can help, but to truly get comfortable typing and writing in German, you don’t want to rely on it.

HelloTalk matches you with native speakers for language practice via text or voice chat. There’s a correction function built right into the text chat, making it very easy for your partners to point our your mistakes as soon as they appear.

I hope I’ve managed to get across how German typing practice is an overlooked yet valuable addition to your language learning routine. And unlike lots of other learning tips that require a long commitment, this is something you can learn quickly and then reap benefits for a long time after.

Yassir Sahnoun is a writer, polyglot and content strategist. You can learn more about Yassir at his website.