9 German Stereotypes That Are Straight Up True

Stereotypes exist about every country in the world.

We tend to shy away from generalizations.

But not all stereotypes are bad – they may even be true, defining characteristics of culture and lifestyle.

Quick, True or False: The national pastime in Germany is playing soccer while eating Sauerkraut dressed in Dirndls and Lederhosen with Kraftwerk and Rammstein playing in the background.

I’m sorry to disappoint you before you head out on your long-awaited journey to Germany, but the idyllic image painted above is not entirely correct. It finds its origin in reports from soldiers stationed in Germany after World War II, tourists attending Oktoberfest and the limited number of German music acts with international success. From there, stereotypical ideas of German culture have been reinforced by the global spread of German movies and music.

But a part of you kind of wanted to believe it, right?

Perhaps you thought German word order, pronunciation and crazy smashed-together German words were hard to understand. Well, now you’ll have to put as much energy into sorting out fact from fiction in German culture. If you don’t take yourself too seriously, stereotypes can be quite refreshing. It is very interesting to see which preconceptions other people have about your country and whether these are true or not. It is a chance to see yourself through the eyes of another person.

Of course, stereotypes are total cliches. If you have international friends, you may quickly learn that people from different countries all have different stereotypes about your native land. Obviously, they are very generalized, simplified and are not a correct representation of all the people in a given country. However, the thing about stereotypes is that some of them are actually based on facts and address real national characteristics.

So without further ado, here are a few Germans stereotypes that are indeed true.

9 German Stereotypes That Are Straight Up True

In the business world and in general, Germans are known as straight shooters and not the most diplomatic bunch. This tendency can sometimes come off as downright rude, especially in cultures where there is a stronger emphasis on indirect communication.

The reason is that Germans tend to be very goal-oriented in their interaction. They want to get right to the point, and not beat around the bush. Germany also doesn’t have as big a small-talk culture as for example the US, where it is much more common to talk to strangers on the street.

The upside of this tendency is that there isn’t that much to decode. A yes is a yes and a no is a no. It’s not meant as an affront or insult but merely serves to state the actual conviction of the speaker.

Germany has an abundance of laws regulating all aspects of life (see, for example, the German beer law below) and its people like to obey them. This tendency is one of the many leftovers from the values propagated by the Prussians. Prussia used to be a German kingdom known for its unusually well-organised and effective army.

The amount of over-regulation in Germany can sometimes lead to a certain inflexibility. On the other hand it is the Germans’ ability to organize and create structure which has earned them their reputation for being efficient.

This love of rules manifests itself in many ways. For example, crossing the street as a pedestrian at a red traffic light is frowned upon, even if no car is coming. Every house has at least four different garbage cans: plastic and metal, paper, organic waste and general garbage. Plus, there is even a government office called Ordnungsamt, which literally translates to “office of order.” 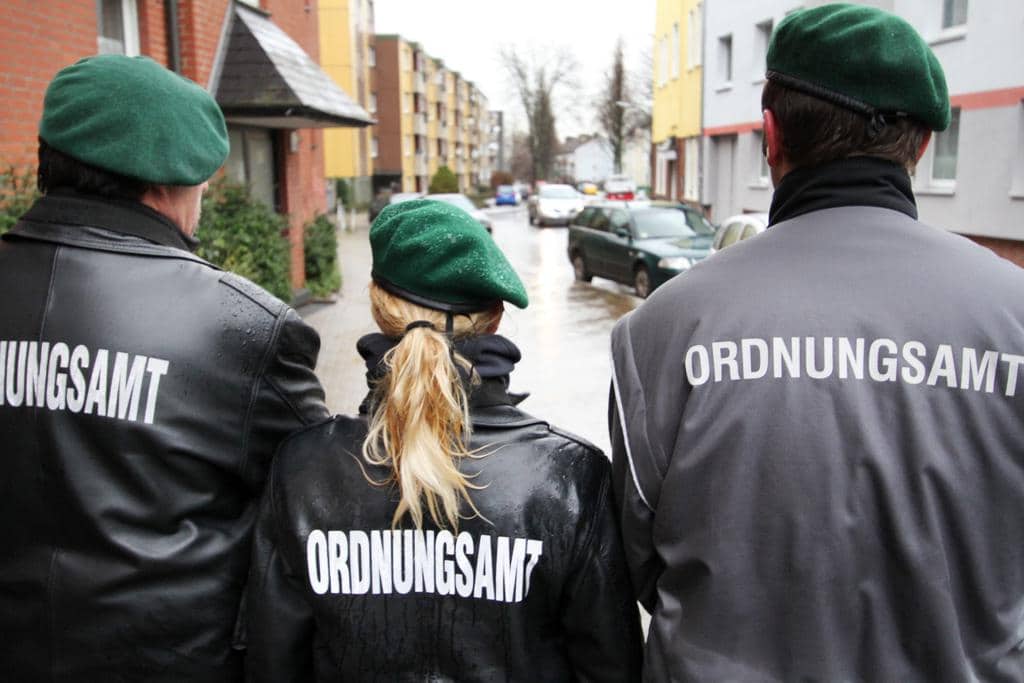 Being on time is considered a virtue in Germany. They would rather be too early than too late. Punctuality is seen as a sign of respect to the person you are meeting. It does not mean that every German is good about this, but they will apologize if they arrive past the agreed-upon time.

On the same line of thought, train and bus schedules are given in exact minutes and yes, people do expect transportation services to be true to their schedule. However, the Deutsche Bahn (German rail service) has a reputation that their timetable is merely an approximate reference for when trains will arrive or leave the station.

4. Germans Love Football (Soccer, That Is) 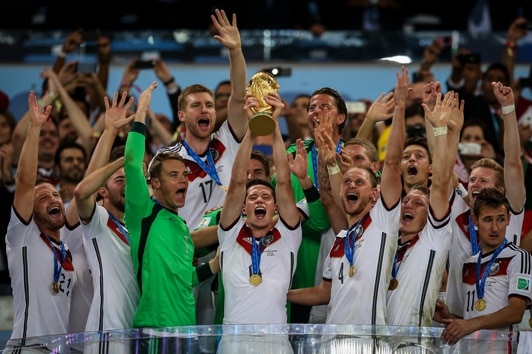 “Football is a simple game. Twenty-two men chase a ball for 90 minutes and at the end, the Germans always win.” – Gary Lineker

By a wide margin, football is the number one most attended and practiced sport in Germany. It is so popular that it could be considered a national pastime. The German Football Association consists of more than 26,000 clubs and 178,000 teams. There are more football fan clubs in Germany than any other country.

In addition, the German football league, the Bundesliga attracts international superstars and is followed by many people outside of the Germany. The country’s national team is strong in international contests and has won four world cups. Did you catch their most recent victory? In recent years, women’s soccer has also been getting more attention as the women’s national team has two world titles to boast.

While it definitely makes sense to be insured for some fundamentals (health insurance and car liability insurance are mandatory in Germany), foreigners might think the fact that many Germans have their own personal insurance adviser is taking the whole thing a little too far.

You may have heard that Germans are often described as being a little standoffish and cold. That might be because people’s personal space bubbles are larger here than in other countries. Therefore, Germans have a tendency to treat strangers rather formally, especially at first encounters and – as mentioned earlier – are not always big on small talk.

Though sometimes this might seem like they have sticks in places where they don’t belong, it just means they take a little longer to warm up to others. As a consequence, close friendships with Germans don’t necessarily happen overnight, but when they do form they are generally very genuine.

Hell yeah they do! And why wouldn’t they? They’re good at it.

Germany has over 1,300 breweries and more than 5,000 different brands of beer. The country even has a law about which ingredients may be used in the production of the beverage. The beginning of the so-called Deutsches Reinheitsgebot dates back to 1516. Talk about taking brewing seriously.

That being said, it’s no wonder that in 2009 the country ranked second place for beer consumption per capita in Europe, eclipsed only by the Czech Republic (and they invented Pilsner). Germans like beer so much that one of the first things they did after establishing colonies in China was build a brewery. To this day, Tsingtao is China’s second largest beer producer.

Apart from that, every German is able to open beer bottles with anything but a bottle opener (and we are not not talking twisty caps here).

8. Germans Know How to Bake Bread

First, let’s make something clear: German bread is awesome. The variety, the taste, the quality, the fact that it is not squares in a plastic bag meant to be placed in a toaster all make it baking heaven. Studies say that lack of proper bread is the number one reason for homesickness among German students abroad.

Okay, that last fact was completely made up, but baking does have a long-standing tradition in Germany and bread is a big part of the traditional cuisine. Bakeries have tons of shelves full of all kinds of different loaves and rolls (which count as bread in Germany). Dark, white, sweet, savory, crunchy, soft, plain or with all types of seeds – you can have it your way, any day!

A lot of bakeries will even open on Sunday morning just so that people can get fresh bread for their breakfast, even though, by law, all shops are usually closed on Sunday. I still think one could make a fortune by selling German-style bread next to every international student dorm at engineering colleges outside of Germany.

Unless you like living off potatoes and staple foods, traditional German food is an insult to vegetarians. Meat in general is a mainstay of German cuisine. However, sausage, or Wurst as it is called here, seems to have a special place in the heart of German meat eaters.

And that was just from the top of my head.

As a foreigner and newcomer to German culture, it can be hard to sift through the true and false ideas about traditions, customs and behaviors. You certainly have to be careful with stereotypes, but now you at least know some of the truer stereotypes you can expect to encounter on occasion in Germany. Now that we’re done playing our little game of true and false, let’s play another game: I double dog dare you… to make some German friends, learn more about their country, and confirm or adapt your ideas about German culture through firsthand experience.