There are many reasons to study in a German university.

But if you’re not a native German speaker, only one thing is standing in your way: Proving that you know the language.

Studying abroad in a German-speaking country provides a rich cultural experience, allowing you to involve yourself with both the education system and the people within it.

For some degrees, studying in German is highly advantageous, if not required, and can offer access to many world-renowned universities. In addition, receiving degrees directly from a German institution is often significantly cheaper than in America.

The catch is that, not only do you have to speak German, but you have to be able to prove it.

In order to ensure that students are able to fully participate in German-language classes, many universities require them to take the Deutsche Sprachprüfung für den Hochschulzugang (German Language Examination for University Entrance). This test is meant to ensure that non-native speakers won’t be sitting in the back lost and wondering what they’ve gotten themselves into.

If you’re thinking of studying at a German-language university, here’s a look at the DSH and five useful tips to pass it with flying colors.

The Deutsche Sprachprüfung für den Hochschulzugang changes from university to university, and while the structure is generally the same, some end up being a little harder than others. It’s best to contact the university for practice tests to get a sense of the level of difficulty of the DSH test from that particular institution.

There are two main components of any DSH test: written and oral.

Both are scored on a scale of one to three, with three being the highest score. You must achieve a score of at least two on each section in order to pass. The written component is taken first and must be passed before you can take the oral portion.

The written component of the DSH test generally includes the following activities: listening comprehension, reading comprehension, writing and the use of study-related language. The exact format will vary from university to university, but there’s typically a grammar section that accounts for roughly 10% of the overall grade.

The oral component generally involves speaking directly to an examiner who will score your language proficiency, also on a scale of one to three. There may be some cases in which the person speaks directly to a computer instead, but usually the evaluation is done at a test center or the university itself.

An applicant that scores a three on the written portion of the test is exempted from the oral component. In many cases, higher-level certification in the German language can exempt a student from having to complete the DSH, as can having already completed formal studies in the German language. It’s best to contact the university you’ll be attending to get the specific details.

The fee for the test can vary between 40 and 170 euros, and an applicant is only allowed to retake it once.

Nonetheless, to guarantee your success, here are five fail-proof tips for preparing for the DSH that’ll land you that two or three you need to start your studies.

5 Top Tips for the DSH Test That Never Fail

1. A Useful Course of Action: Enroll in a Preparation Class

The classic way to ensure you receive the necessary instruction (and motivation) to prepare for the DSH test is to enroll in a class specially designed for the DSH test. Instructors will be familiar with the material likely to appear on the examination and can give an honest and useful evaluation of your German language skills.

Thanks to modern technology, this can be done two ways: in person or online. For those already living in a German-speaking country, there are language institutes in many major cities that’ll allow for face-to-face interaction. If you’d feel more comfortable and natural talking to someone in person, opting for this method can be particularly helpful when it comes to the oral component of the test.

For those learners who must prepare for the test while still at home, there’s a variety of online courses centered on the DSH exam, such as the one offered by the Goethe Institut. Such short-term intensive classes generally span 4 to 6 weeks and can be useful for focusing on the type of material typically given on the DSH test, allowing you to sit down at the examination table with confidence.

2. The Why of It: Keep in Mind What’s to Be Gained

The biggest challenge for any test is staying motivated during the preparation stage.

The best way to stay motivated is to remind yourself why you’re taking the test.

Write down on a piece of paper all the reasons why you want to study in German. What advantages will studying abroad have for your future career? What will taking courses in another language mean to your personal development? What type of experiences will it open up for you?

Now put that piece of paper on the refrigerator or bathroom mirror where you’ll see it every day. 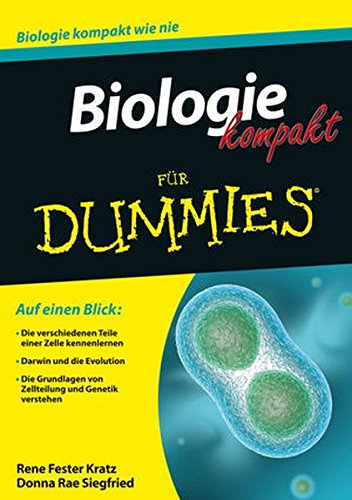 Another alternative to stay passionate about studying for the test is to use study materials that cover the subject you’ll be pursuing at the university. For example, if the reason you’re taking the DSH is to become a biology major in Germany, why not read a copy of “Biologie kompakt für Dummies” (The Compact Biology for Dummies)?

The Dummy series in any subject can be a particularly useful study tool, because the text tends to be paired down and bulleted, keeping you from getting lost in long and complicated paragraphs of German.

Not only will you become more familiar with the language and vocabulary related to what you’ll be studying (which may be tested on the DSH) but you’ll also be constantly reminded of what’s to be gained from the DSH test.

Life doesn’t wait for anyone. If you’re not careful, the date of the DSH test can creep up before you’ve had a chance to get ready for it. To leave no doubt on test day, it’s best to set a study schedule.

Every person is different, and ultimately you’re the best one to assess how much sweat and blood will have to be given before the exam. The good news? There’s no such thing as studying too much, because it’ll only improve your German and pay dividends further down the road.

An example of a useful study plan may be to set aside half an hour every day for three months before the exam, and increase the time spent with opened books as the test approaches.

Consistency will help propel your language capabilities, and knowing you that you stuck to your study plan will give you a boost of confidence going into the test.

4. Practice Makes Perfect: Take Every Practice Test You Can Find

As mentioned before, the tests vary slightly from university to university, so the best thing to do is to contact the institution you’re hoping to study at and ask for examples of their past DSH exams. They may also provide you with additional supplementary study material.

In addition, there are many DSH practice tests available online, such as from Humboldt Universitat. Taking multiple practice tests will help prepare you for the potential variability found within the DSH test, while allowing you to get used to the structure. Make sure to take them within the allotted time designation and without cheating, in order to honestly assess your own preparation level.

5. Total Immersion: Surround Yourself in German a Few Days Before the Test

After months of studying hard, sticking to your study plan and reminding yourself what’s at stake, it can be helpful to get your head into “German mode” before the test.

Completely surround yourself with German music, podcasts, newscasts and texts several days before the test to put yourself in the German mindset, and you’ll be even more prepared to tackle the DSH. You’ll be so totally immersed in the language that filling out the test will seem like an afterthought.

It should be noted that the more you can surround yourself with German long-term, the quicker you’ll pick it up. Don’t be afraid to include watching German movies and jamming to German tunes as part of your regular daily study life, test or not!

The Deutsche Sprachprüfung für den Hochschulzugang can be seem like an intimidating hurdle between you and your studies in a German university.

Nonetheless, with the same perseverance that got you this far in learning the language and good old elbow grease in your studies, you’ll be able to nail that perfect three and enter the German education system without looking back.