Feeling ready for a night of fright?

Then think about settling down in front of a couple of German horror movies for the ultimate spooky evening.

Let’s take a look at our top five German horror movie picks as well as why watching movies in a foreign language is beneficial. We’ve even provided some bonus tips at the end of the post for you!

So, grab your popcorn and let’s tune in! 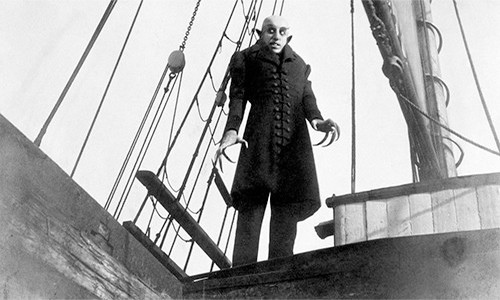 Commonly referred to as “Nosferatu”—the full title is actually “Nosferatu, Eine Symphonie des Grauens“ (Nosferatu, A Symphony of Horror), so there’s no hiding just how freaky this silent film is.

Somehow, the costumes, make-up and scenery still do an incredible job of affecting modern viewers and giving them the shivers, even though we’re accustomed to watching high-definition movies on the big screen.

The movie is loosely based on Bram Stoker’s “Dracula.” Excellent inspiration, but Stoker’s family wasn’t happy about it and sued the filmmakers for breaching copyright laws. Stoker’s wife even sued the studio.

Regardless, the film is still considered a classic of the horror genre and is largely credited with introducing many vampire tropes into our culture. 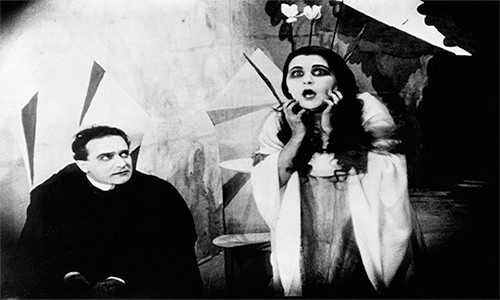 Often regarded as one of the very first horror movies, “Das Cabinet des Doktor Caligari” was written by Carl Mayer and Hans Janowitz, who had both returned from World War I extremely embittered.

It’s a dark tale about a mad performer who uses a sleepwalker to commit various murders.

The movie is widely regarded as one of the best examples of German expressionism and the story is thought to be an attack on the omnipotence of the state. Watch it and decide for yourself. 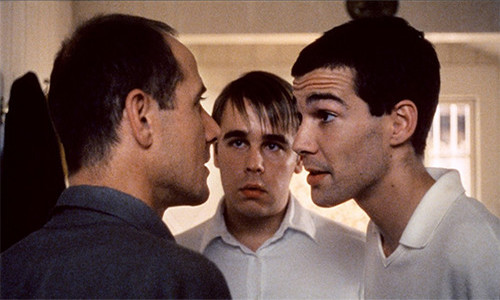 Where to watch: Criterion and Amazon

Rolling Stone called “Funny Games” one of the scariest horror movies you’ve ever seen, so you know you’re going to be in for some serious chills when you watch it.

German film director and screenwriter Michael Haneke went on to remake it in 2007 with an American cast and crew.

One aspect that the film has been praised for is its continual breaking of the fourth wall, which ups the creepy factor of the film as the audience becomes complicit in the antagonists’ actions.

This movie can be quite graphic in places and is rated R, so viewer discretion is advised. 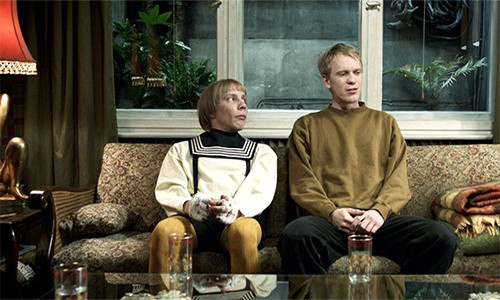 “Der Bunker” is the most recent film on this list, having premiered at the Berlin Film Festival in 2015.

If some of the films I’ve previously mentioned have given you the shivers, this one shouldn’t be too bad as it’s classed as a horror comedy.

The movie focuses on an unnamed student who rents out a room at a rural home for a peaceful vacation.

However, his trip soon becomes far from peaceful when he realizes that the room is actually a bunker and his host family expects him to carry out a series of bizarre tasks. 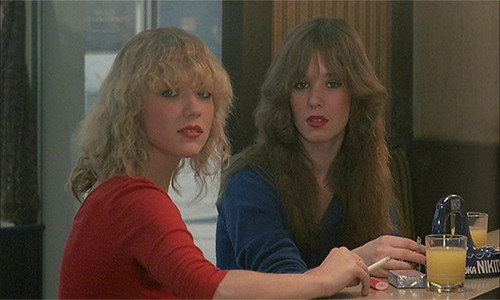 Loosely based on real-life, mass murderer Werner Kniesek, this film follows a psychopath who has recently been released from jail.

The movie isn’t that well known outside of Austria, but it’s highly regarded by critics for its unusual camera style and excellent performances.

Since this is another R-rated movie focused on terrifying subject matter, please be aware that there are some graphic and chilling scenes in “Angst.”

Watching German horror movies is a fun way to experience fascinating examples of German culture and cinematic production outside of the United States.

There are many more practical reasons for watching movies too, such as being exposed to German as it’s spoken by native speakers.

If you can stomach them, German horror movies sure are a great way to learn the language.

Just make sure you have something to hide behind—or someone to hold onto—if things get a bit too scary!