A long time ago, when I first asked my German friend Chris “what’s the deal with small talk in Germany?” he replied, “it’s too much for us” and “German small talk is a nod of the head.”

I laughed at first. Completely unaware that the German people, in many cases, view small talk as a complete waste of time.

If you’re a German learner or have German friends you might have heard this before.

He also told me that “German people are generally very honest and will speak in an open way” and “this can sometimes make small talk difficult as you might get some answers you weren’t expecting!”

It’s not necessarily worse, it’s just different. And so when it comes to German, it’s important to think of small talk in a slightly different way!

Because of this, we’re going to take a look at the German small talk culture, whether it really is such a challenge to spark up these conversations and some great phrases that are total conversation starters even if they fall under the “small talk” title!

So, What’s the Deal with Small Talk in Germany?

Already we’re off to a tricky start as this may give you an idea as to the general feeling surrounding the idea of small talk in Germany. For a quick thought experiment check out this clip of a German YouTuber’s experience of small talk after living in the United States. You will understand how the video creator feels about a culture that is often said to have too much small talk and some funny experiences.

Because of this general practice, keep in mind that small talk or “idle chatter” may not be as common in Germany as it is in places such as the States or the United Kingdom. German is in many ways a frank and specific language and generally, conversations generally have a deeper meaning or value even if they’re short.

In fact, why not get started with this fun video below to explore this concept further. It’s “quite tongue in cheek” and is intended as a comedic clip but gives an interesting overview of the culture surrounding small talk in Germany.

As you might note from the comments, many German viewers seem to be in agreement!

From the description above you may be questioning the necessity or even purpose of learning small talk in German.

I’d like to make a case for this and provide some reasons why this form of conversation is still an absolutely necessity for a German learner.

How Do I Learn German Small Talk? 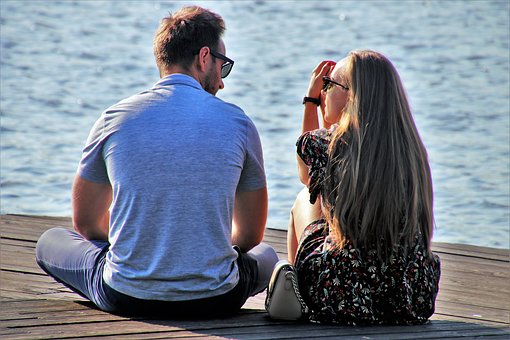 So, what’s the best approach to learning these small talk phrases in German? If you’re a beginner then these may well be some of the first phrases that you might learn in German. We’re going to look at some key phrases and topics for you to explore plus some additional ways to practice your German small talk below.

As a pro-tip be sure to learn a few additional common phrases and German idioms that you can use in your conversations!

Finding a German conversation partner to practice speaking will definitely help you with these mini-conversations and question forms.

As mentioned above, beginner-level German small talk phrases are a key way to practice basic conversation starters and introductory questions and answers.

Study the question form in German

Get started with the basic question forms and vocabulary in German. From this, you’ll be able to expand this language into basic small talk phrases with ease. Knowing how to ask questions in German is one of the first steps towards having meaningful and educational discussions.

Small talk in Germany like all forms of small talk across the linguist globe generally follows the same structure.

Here we’re going to compile some of the most popular topics and phrases for you to use when exploring German small talk. As a general tip, it’s always a great starting place to discuss topics that you’re genuinely interested in.

These topics are all recommended by my German friend as fantastic options when engaging in small talk with German people! 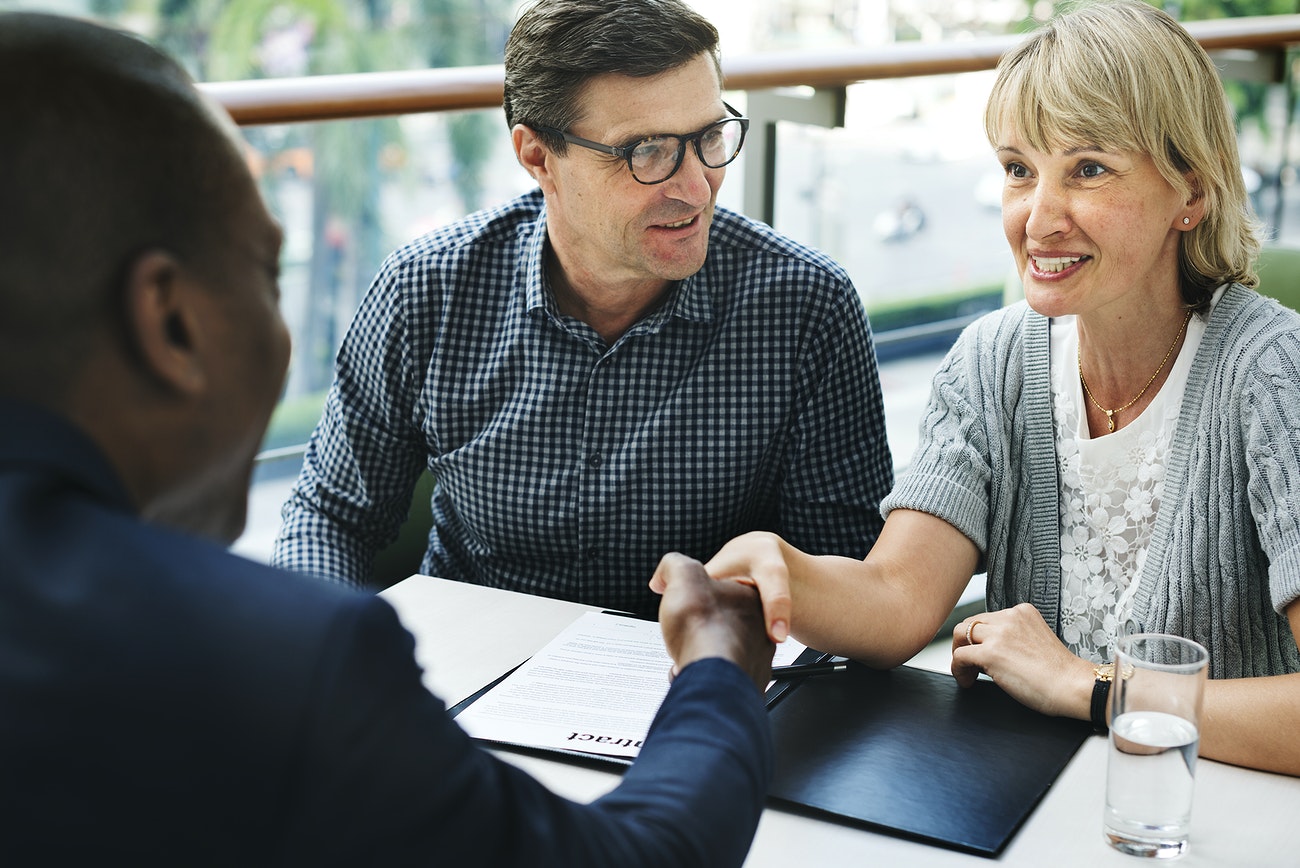 Wie geht es dir/Ihnen? — How are you?

Please note that this can also be shortened to Wie geht’s dir or even more informally wie geht’s.

Please also note that dir (you) is used more colloquially and Ihnen (you) is more formal and can be used for teachers, professors, the elderly, your boss and so on.

As mentioned, expect an honest answer to this question.

You might also find that some very common questions are related to travel even if this is a short-term trip or journey.

You may well be asked by a German:

Wie war Ihre Anreise? — How was your journey here?

To which you can respond:

Questions and Small Talk About Football 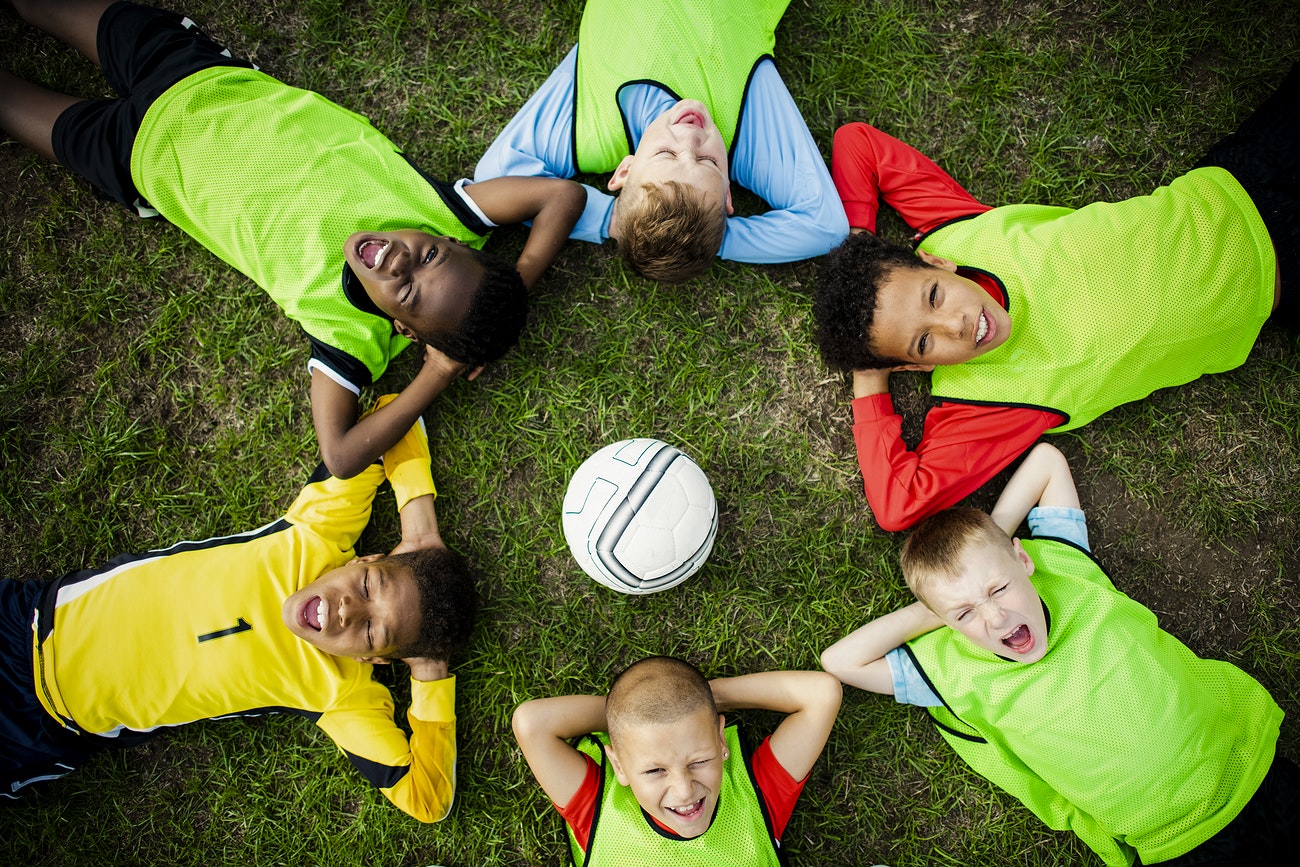 Germans love football and it’s no surprise. With a successful national team holding the 2014 world cup, they’re expected to put in a strong effort in the 2022 world cup. As a German learner, learning some German football and soccer-related vocabulary goes a long way to getting you in with the locals and giving you heaps of discussion material!

Some small talk phrases to get you started might include:

Für welche Mannschaft bist du? — What team do you support?

Small Talk About the Weather 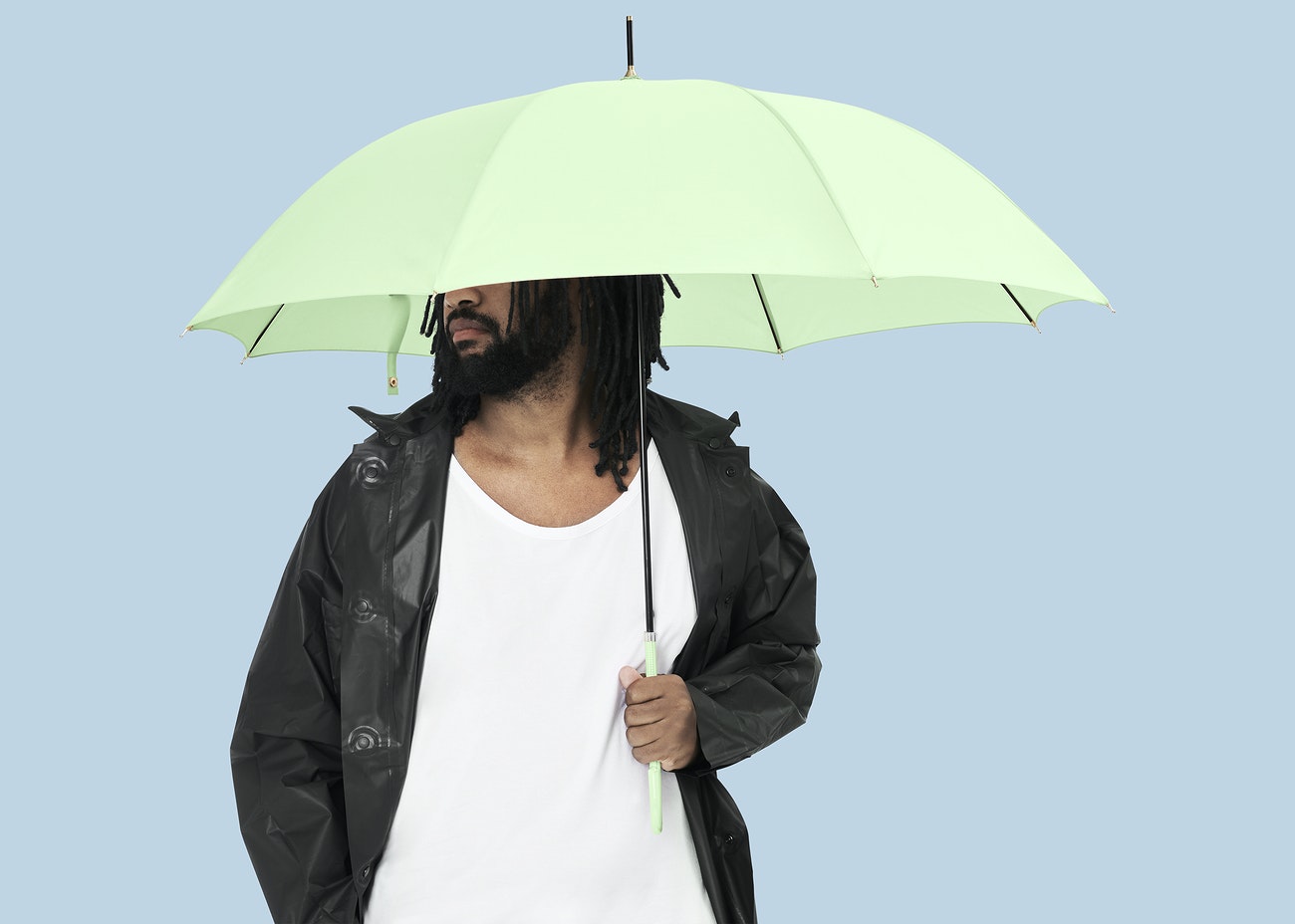 If there’s a universal small talk topic then the weather would have to be it! Be sure to brush up on your German weather vocabulary to help you give appropriate descriptions and comments regarding the weather!

Wie ist das Wetter? — How is the weather? 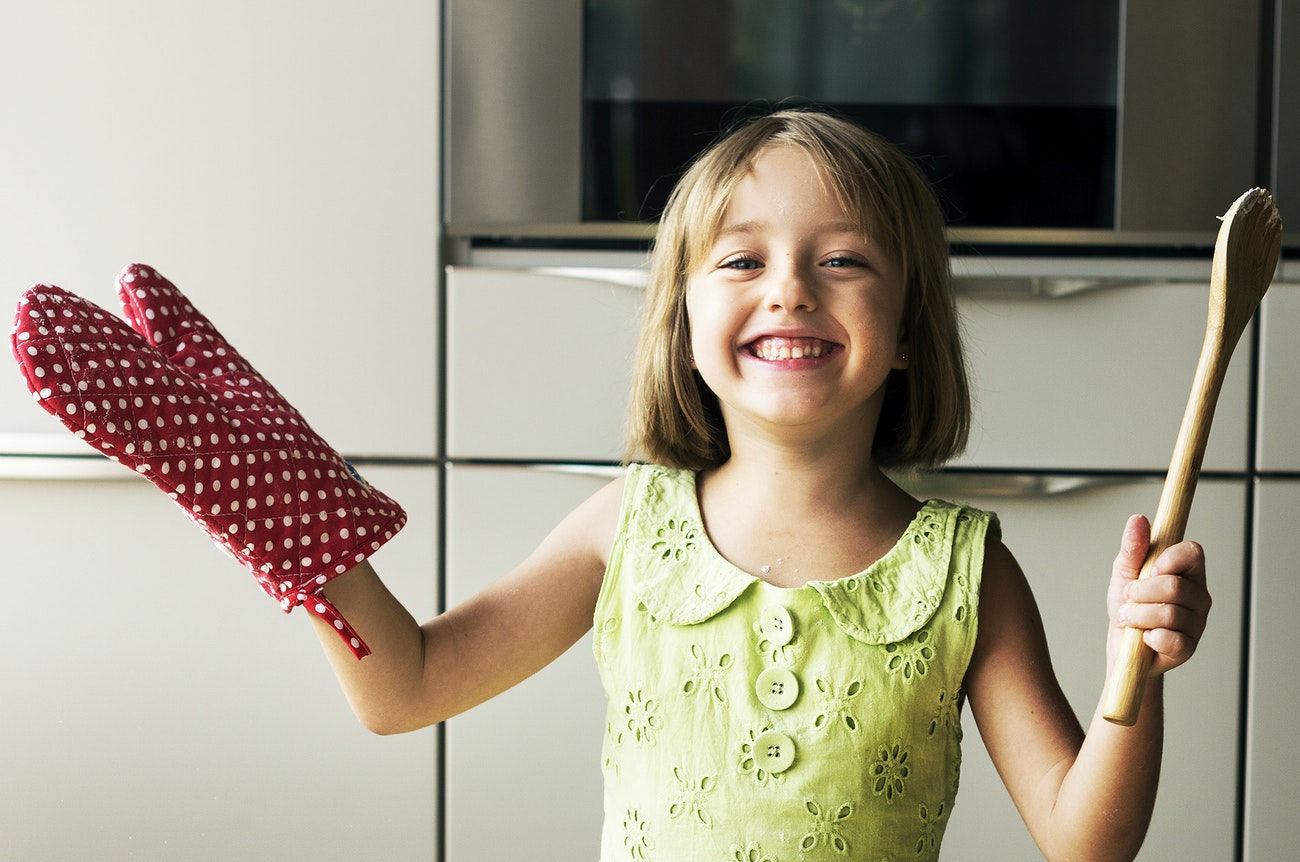 A popular topic is asking about someone’s interests as it’s a great way to open up a more meaningful conversation. It’s no surprise that football is a popular hobby. Cooking is also a super popular German hobby and is a good option when starting up a conversation.

Was sind deine Hobbies? — What are your hobbies?

Was machst du in deiner Freizeit? — What do you do in your free time?

A  common way to say you like something is gefällt mir (singular)/gefallen mir (plural). These both translate to is/are pleasing to me depending on whether you use the plural or singular.

For example, you could say Dieses Buch gefällt mir which literally translates to this book is pleasing to me.

Was für Musik hörst du? — What kind of music do you listen to?

Some super famous German musicians that you can check out include Wolfgang Petri, Nena and annenmaykantereit. 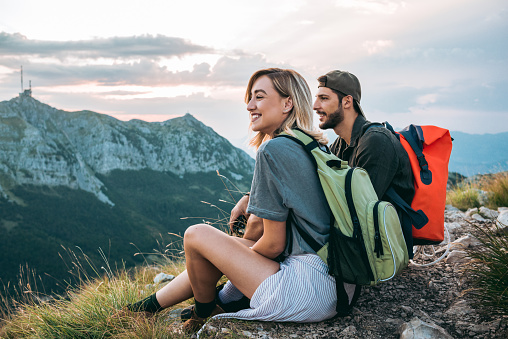 German people love to travel. For many, it’s an important part of the culture. In fact, from a recent study ranking expenditure on international travel Germany came in third with 92.3bn spent in the year 2019!

Funnily enough, many Germans will visit the same spot every year.

For example, Mallorca in Spain is sometimes affectionately referred to as the 17th Bundesland (17th State/region) of Germany because it’s such a popular holiday destination.

Traveling through Germany is also a common option with many enjoying the countryside in a Schrebergarten which is a type of “rented garden” to spend time, barbecue and enjoy some beers.

It’s no surprise that travel can make a great small talk topic for German people.

Some travel phrases include:

Wie war dein Urlaub? — How was your vacation?

Wir waren in Mallorca im Urlaub und es war großartig! — We were in Mallorca on vacation and it was great! 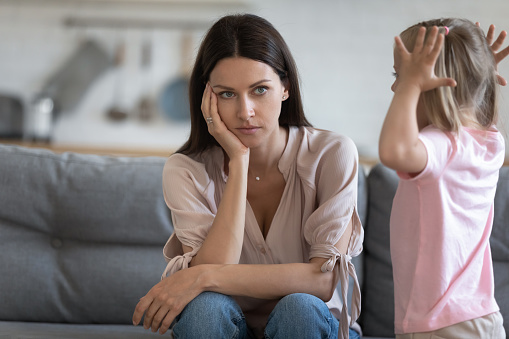 Like all countries and cultures, there are certain small talk topics that are generally avoided in German. You can get started by exploring the German way of life to learn more about the way German people

You won’t be surprised to learn that these are generally the same as the United States and many other countries.

However, as noted, this is a fairly universal group of topics that are saved for discussion between friends and family.

So what do you think? Are you brave enough to start up a “small talk” discussion with some German friends? Remember to stick to the key phrases and topics for no awkward moments and always be sure to have some football talk ready to go! What are some of your favorite small talk topics in German? Let us know!