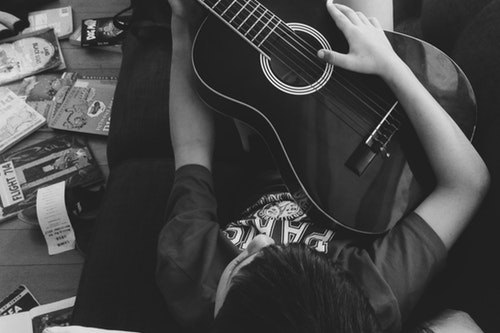 Pastime Parlance! Talking About Your Hobbies in French

Have you read any good books lately?

Are you a knit-wit with purls of wisdom?

Have you bowled a spare in your spare time, then despaired that it wasn’t a strike?

Do you prefer pickin’ and grinnin’ to hummin’ and strummin’?

Have you watched the director’s cuts of all your favorite films?

If you answered “yes” to any of these questions, you may have a hobby.

And you can save time and learn French faster by parlaying your pastimes into a dynamic way to practice your French.

Let’s find out how you can increase your French language skills by talking about hobbies in French.

Hobbies aren’t just a way to kill time; they’re also a way to connect with other people. Share les plaisirs des loisirs (the pleasures of hobbies) with your French-speaking friends, whether you simply talk about your pastimes or participate in them together.

Get to know native speakers at (and using) your leisure

When you first introduce yourself to new Francophone friends, you’ll want to be able to describe how you spend your leisure time. Talking about hobbies can be a great icebreaker when you’re getting to know other French speakers.

Relax and learn: Read and talk all about your hobbies

Once you learn some vocabulary pertaining to your hobbies, you can use it to practice your French by reading hobby-related magazines, books and blogs.

With the magic of the internet, you can practice your French from anywhere in the world through online discussions about your favorite hobbies. The social connections you make with your fellow enthusiasts can help you overcome any trepidation you might feel about conversing in French.

Word games for word gains: Use media and quizzes on the subject(s) of your choice

To practice your hobby-related French vocabulary in stimulating and entertaining ways, try these online exercises, quizzes and games.

Either study or play with Quizlet: Take your pick of flashcards, writing or spelling exercises to help you master sports and hobby vocabulary. Test your knowledge or race the clock in a hobby word matching game.

Take a deep dive into your favorite leisure activity with these detailed sets of French hobby words. Escape the executioner’s noose by divining the hidden words to beat Hangman, match the correct word to its picture or successfully complete a listening comprehension exercise.

FluentU has a wide variety of great content, like interviews and web series, as you can see here:

Practice and reinforce all the vocabulary you've learned in a given video with FluentU's adaptive quizzes. Swipe left or right to see more examples for the word you’re learning and play the mini-games found in the dynamic flashcards, like "fill in the blank."

You'll receive video recommendations that suit your interests and current level of progress.

How to Really Nerd Out Talking About Your Hobbies in French

Roll a ball, hit a target or take to the hills. Whatever your pleasure, bowling, darts and hiking are just three of many leisure sports enjoyed around the world. 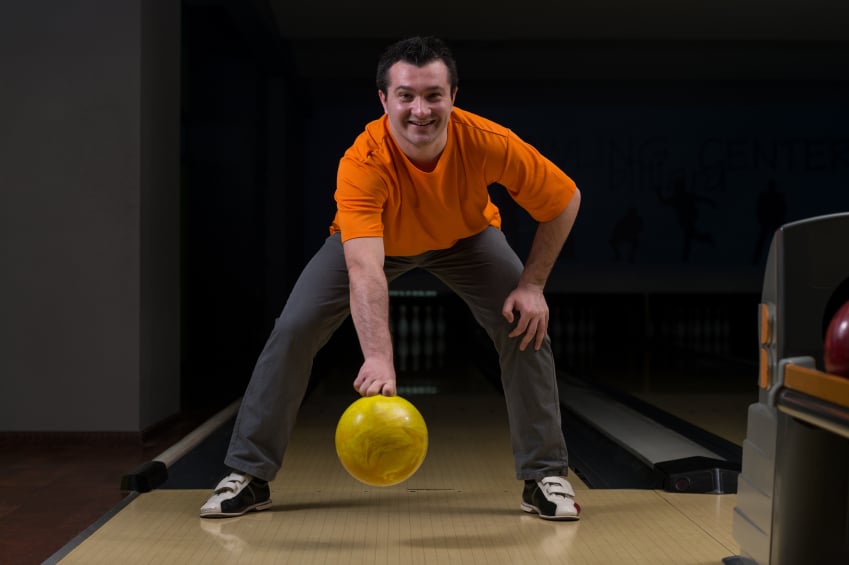 Modern bowling likely evolved over the centuries from the same roots as the quintessentially French pétanque.

Over seven decades after the first crack of a ball against a duckpin was heard in France, the sport has remained popular and spread throughout the country. 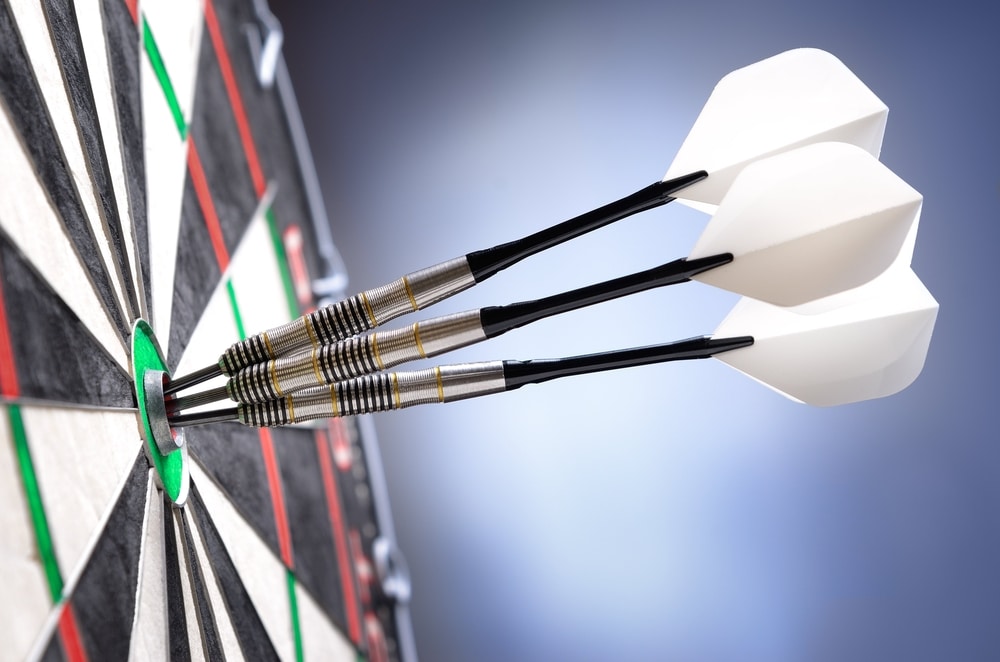 Bullseye! Hit the target for fun with a popular pub sport that began in England but now has fans all over the world. France is host to several international darts tournaments, notably an electronic darts competition every year in La Rochelle.

If you’re new to the game and would like to give it a try, here are the basic rules in French.

Il ne faut pas franchir la ligne de lancer quand on lance une fléchette vers la cible. (One must not cross the throw line when one throws a dart toward the dart board.) 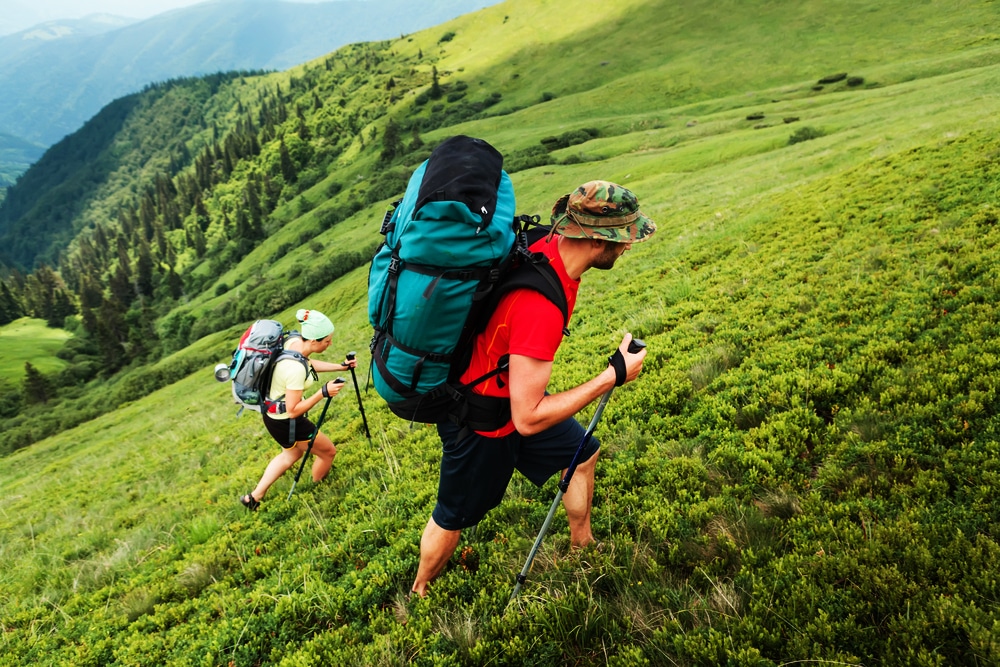 The French language has lent much terminology to hiking and climbing as a sport. French-derived names are commonly used by English speakers for everything from types of rock formations to types of rope. For example, a high, narrow rock outcropping is called an aiguille, from the French word for “needle.” And if you carry a small rope with you, you might refer to it as a cordelette, a diminutive of the French word la corde (rope).

If you’re already an avid hiker or climber, you’ll have a head start in this French vocabulary. If you’re blazing a trail into a new hobby, here are a few terms to get you started:

While the compass itself is la boussole, the points on the compass are known as les points cardinaux.

Même si le GPS a remplacé la boussole pour beaucoup de gens, il faut mieux garder une boussole. Après tout, on peut utiliser la boussole aux bois profonds sans avoir connection au réseau. (Even if the GPS has replaced the compass for many people, it’s better to still keep a compass on hand. After all, you can use a compass in the deep woods without having a network connection.)

Music is known as the universal language; its melodies and rhythms speak to people from all walks of life, all over the world.

If you spend some of your leisure time singing or playing tunes, this vocabulary will keep you rapping about your harmonious hobby.

Strike up the band! Many people like to relax by playing music, whether in organized groups or solo at home. Two of the most popular instruments are the guitar and the piano. 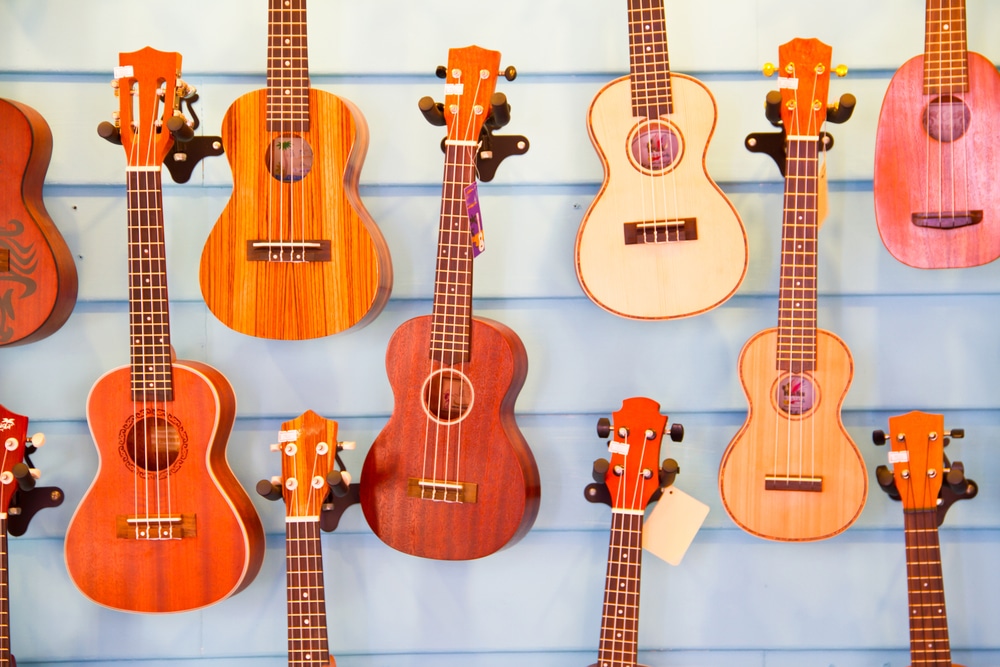 Although the word for “strings,” les cordes, sounds like “chord” in English, un accord is the sounding of several strings at once.

French uses the word manche (sleeve) rather than the word cou (neck) to describe the neck of stringed instruments like the guitar. This term also applies to related instruments, such as le banjo (the banjo) and la mandoline (the mandolin).

Clavier refers to both the array of keys on a musical instrument and the object used to type information into a computer.

On grand pianos, the pédalier is also called une lyre, due to its resemblance to a harp-like instrument.

Normally, quand on joue du piano (when one plays the piano), the preposition de (of) is used with the definite article (le or la, yielding du or de la, respectively) to describe the activity. However, if you want to modestly say, “I play a little piano,” you would say, “Je joue un morceau au piano.” 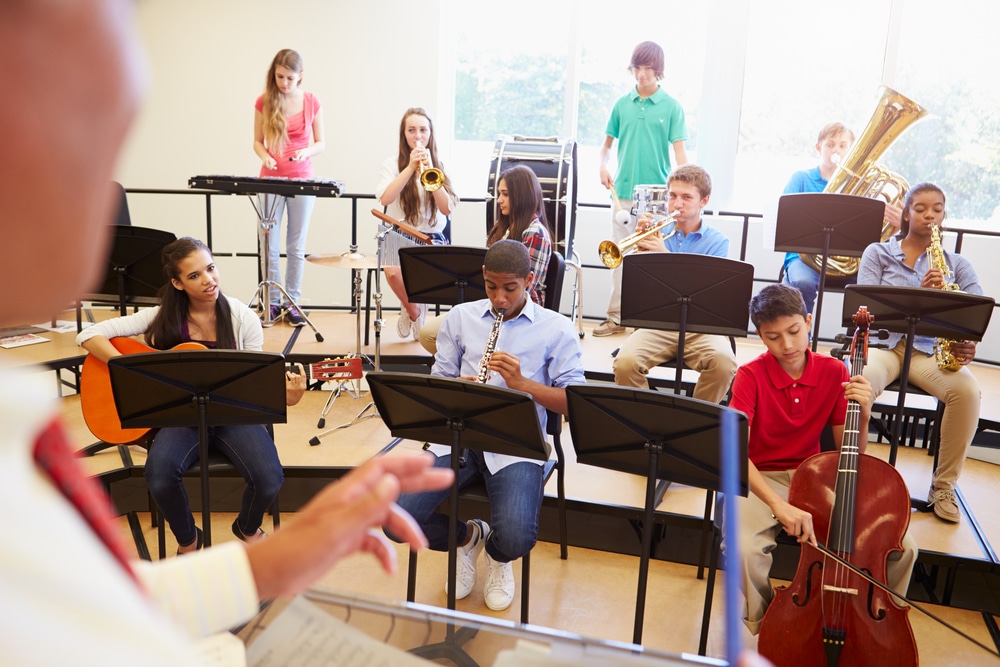 The names of many musical instruments in French bear striking similarity to their English-language counterparts.

If you participate in discussions about music with French speakers, you’ll note that they use a variant of the “do, re, mi” notation system made famous by Fraulein Maria in “The Sound of Music.” In France, this system is called solfège. France uses what’s known as the “fixed do,” meaning that each name always refers to the same note. Here’s how the two systems correspond:

To refer to individual flat notes, we use the term bémol in conjunction with the solfège name of the note. For instance, B flat would be si-bémol, and E flat would be mi-bémol.

Sharp notes are named the same way as flats. Sol-dièse, for example, would be G sharp. 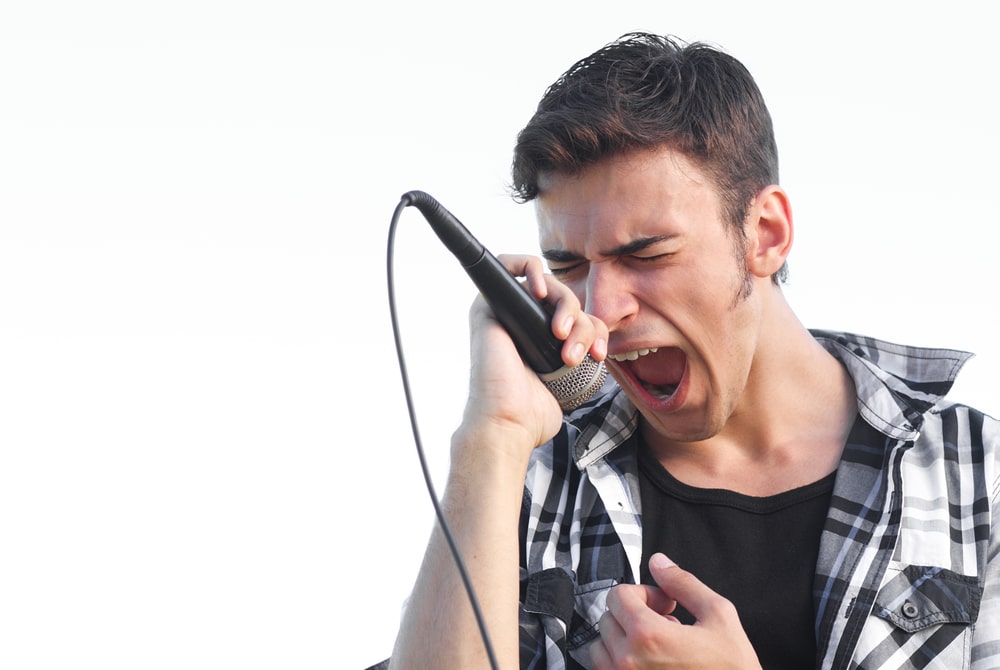 Croon a tune. Whether your singing never leaves the confines of your shower or you regularly sing with a choir, these words will keep you in tune with other chanteurs (singers).

In French, the chorus of a song (a group of repeated lines sung in between the verses) is called le refrain. However, a single song sung in unison by a group of people can be called un chœur (a chorus).

Spanning a broad group of artistic activities, arts and crafts are some of the best-loved hobbies with an enduring popularity around the world. 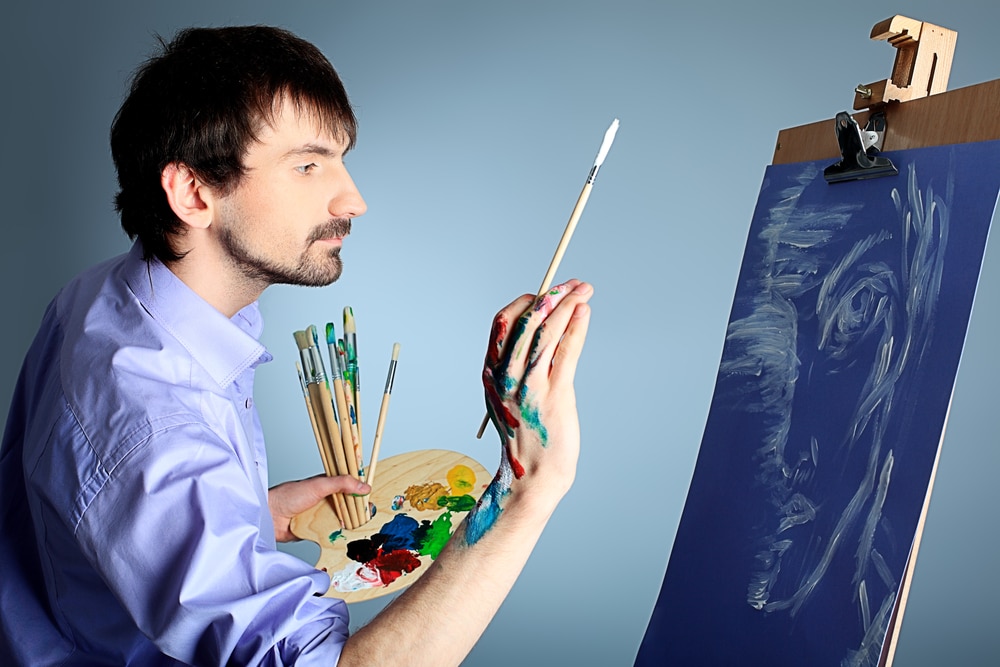 Painting is a colorful way to show others how you see the world.

La toile can be made from a variety of materials, including le lin textile (linen), le chanvre textile (hemp cloth) and le coton (cotton). 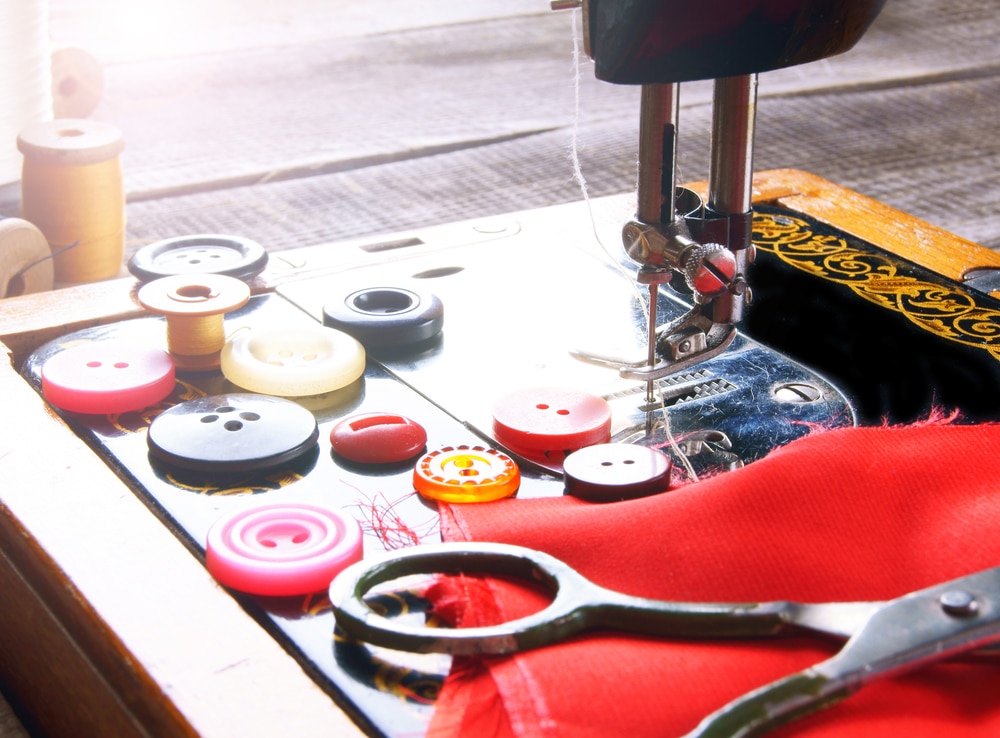 For centuries, various kinds of sewing and needlework have been a relaxing way to pass the time while creating decorative and useful objects.

Needlework is woven into the fabric of French life. It’s even regularly taught in French schools.

You’ll also see crochet as a boxing term (as in un double crochet du droit, a double right hook, or envoyer un méchant crochet du gauche, to throw a mean left hook), as well as in many other contexts in French.

With new novels, texts and films coming out all the time, being a bookworm or a movie buff is a hobby that will never get boring. 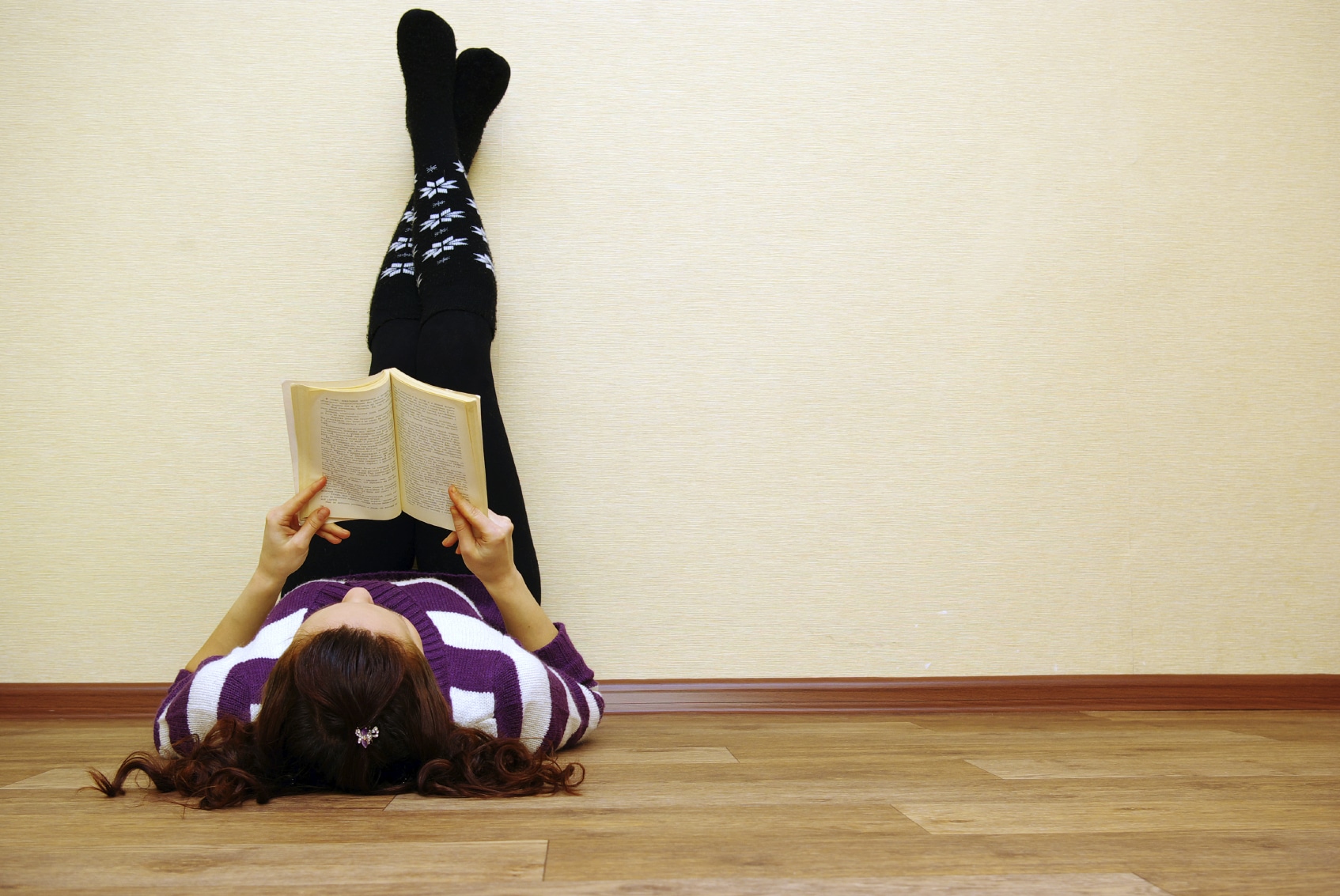 Reading can be a solitary pleasure that also lends itself to fascinating conversations.

Nonfiction as a genre may also be referred to as les faits réels, which might be translated as “real facts.”

Quand j’étais à la foire du livre, j’ai acheté une histoire véridique que j’aimerais discuter avec mon club du livre. (When I was at the book fair, I bought a true history that I would like to discuss with my book club.) 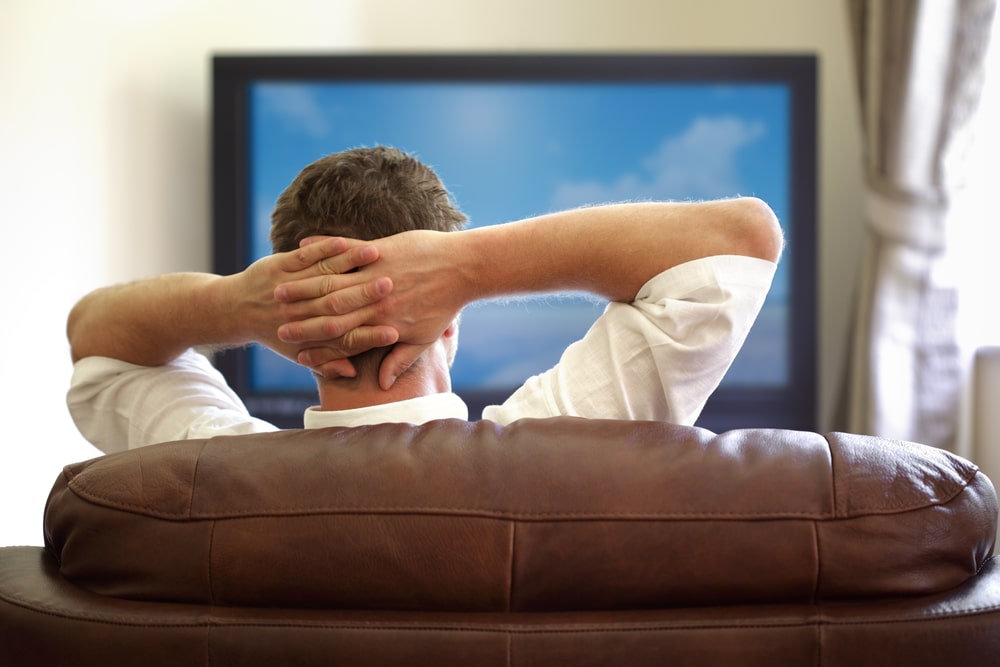 Some TV and movie buffs just like to watch. Others get heavy into the technicalities of building the perfect home theater. Wherever you fall in the spectrum, these words are a good foundation for any devoted téléspectateur (viewer).

The word magnétoscope was used for videotape, back in the day. The addition of numérique (digital) to the term brings it into the 21st century.

A DVR may also be called un enregistreur vidéo numérique, which is a much more literal translation of “digital video recorder.”

However you like to spend your free time, make sure you spend some of it discussing your leisure pursuits in French.

After all, language learning is a very satisfying hobby.