How to Speak Swiss French Like a Local: Vocab, Podcasts and More

Switzerland is a wonderful place to learn French outside of France!

Whether you’re living there, planning a trip or just fascinated by the language of the Romandy region, you’ll need to know some of the key elements that make Swiss French what it is.

This post will give you some background, essential vocabulary and lots of listening and reading resources so you can yodel out perfect Swiss French like a native.

Largely due to its landlocked location—bordered by Germany to the north, Austria to the east, Italy to the south and France to the west—Switzerland has long been an area of dispute.

France’s occupation of Switzerland began at the tail end of the 18th century, throughout the French revolution and civil war by troops under Napoleon. Switzerland was formed into 22 member states defined by either conservative catholic or liberal governments, which led to civil war in 1847. The French language took root under the imposition of a French-influenced constitution in the early 19th century.

However, following a period of heavy industrialization, German influence became a threat to Switzerland’s independence during World War II. Perhaps to the benefit of its current long-term stability and progress, Switzerland remained neutral during this time.

Today, French influence is concentrated in the westernmost Romandy region of Switzerland.

How Many People Speak French in Switzerland Today?

Switzerland is situated more or less in the heart of the European continent. As noted above, it’s bordered by Germany, Austria, Italy and France, meaning it sits at the crux of the origin of three primary Germanic and Romance languages: [Swiss] German, Italian and French.

The fourth national language of Switzerland is Romansh, which is spoken by less than one percent of the populations living in a handful of remote vallées (valleys) in the southeastern Alps.

Swiss French is spoken by about 20 percent of the population in Switzerland, unsurprisingly concentrated on the west near the border with France. Most people in Switzerland (about 70 percent) speak Swiss German, while about 7 percent speak Italian.

How Is Swiss French Different from Standard French?

“It’s the same dish but the spices are different.”

This is how Andres Kristol, director of the University of Neuchatel’s Center for the Study of Dialects and Regional French, characterizes the difference between Swiss French and standard French. These “spices” include everything from speaking pace to unique Swiss French words to the way people count.

Swiss French is slightly slower than standard French. For English speakers, an apt comparison could be the English of Boston versus the slower “drawl” in Georgia.

The Swiss French vocabulary, meanwhile, is a mélange (mixture) of other languages present in Switzerland.

Keep on the lookout for Anglicisms as well. While people in France might say, Allons-nous au salon de thé (Let’s go to the tea room/tea house) the Swiss French would say Allons-nous au tea-room.

There are plenty of other differences in Swiss and standard French vocabulary. Here are some common examples you’ll encounter in Switzerland, with standard French listed first, followed by the Swiss French equivalent and then an English translation:

également, vous de meme or vous aussi → pariellement (same to you; you too)

When you enter a shop in France or Switzerland, if you indicate that you’re just browsing, the French shop owner may say, Je vous en prie (“You’re welcome,” otherwise meaning “Look freely”). But the Swiss French would say Faîtes seulement (literally, “Do it alone,” otherwise meaning “Shop away on your own!”).

For anyone who has learned and relearned the French number system, I present your saving grace: Swiss French numbers!

This is by far the best thing about Swiss French, and also rather symbolic of how Swiss French differs from standard French… it’s simpler.

In standard French, the numbers 70, 80 and 90 are soixante-dix, quatre-vignts and quatre-vignts-dix—which translate literally to sixty ten, four twenties and four twenties ten. I did okay in math at school, but learning a language is hard enough without having to do math, too!

In Swiss French, however, the numbers 70, 80 and 90 are septante, huitante and nonante—which translate to something like seven-y, eight-y and nine-ty. Now that’s more like it!

Many French people are familiar with this Swiss number system, so if you’re having a brain fart, it’s absolutely okay to default to this method sometimes. But still, practice your math, okay? 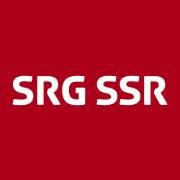 The site has, of course, news headlines, live radio streaming and podcasts, among other publicly available information translated into the four national languages of Switzerland, as well as English.

Radio Television Suisse (RTS) is under the umbrella management of SRG SSR. It’s a great place to find the latest news headlines in Swiss French.

The site features short video clips as well as news articles, and you shouldn’t be surprised to see that the Swiss are quite attentive to world news. You’ll be able to get the Swiss perspective on European and international issues.

Watching news videos or reading articles is great for beginner language learners because of the visual context offered in a video and the ability to search new words you might find in an article. If you’re looking for news on a particular subject, use the handy search bar!

“L’humeur vagabonde” is a humorous podcast that chronicles the lives of various historical figures and their accomplishments and affect on society.

Episodes are available to stream on the Radio Television Suisse (RTS) website. Based on historical people and events, some vocabulary might sound strange in this podcast, not to mention that some of its humor is hard to catch without full cultural context. Again, this is a great resource for more advanced learners to hone their ears.

Sophie Hunger is one of Switzerland’s most favored singer-songwriters. Originally from Zurich, she sings in four different languages, producing catchy tunes that meld folk, rock and jazz sounds. Check out her albums Monday’s Ghost and 1983, which both made the top charts in Switzerland.

Sophie Hunger generally draws out her clear and understandable Swiss French with her honey-sweet voice, and some videos are available with subtitles to follow along, too.

Mama Rosin is an emerging band that comes from Geneva, Switzerland.

The group combines Cajun and Zydeco influences to produce a funky rock fusion sound. Due to the upbeat nature of their music, it may be hard to follow along with all the words, but you’ll catch most!

Gotthard, a Swiss band that was extremely popular in the ’90s, became (and still is) one of the most famous bands in Europe. Known for their hard rock and contemporary rock, they were touring the world through 2012 with their album Firebirth.

Though the group sings mostly in English, they’re a staple of Swiss culture and often switch between speaking Swiss French and English in interviews like the one above.

Alain Tanner, a Swiss film director, has made over 40 Swiss French films. The first three listed below are available to stream on YouTube, and Tanner is most well known for “Jonas qui aura 25 ans en l’an 2000″ (“Jonah Who Will be 25 in the Year 2000”) and “Dans la ville blanche” (“In the White City”).

Filmed in Geneva, this movie follows the lives of several characters that are affected by the social and political tumult and protests of May 1968 in France, when occupation of universities and factories brought the French economy to a halt and society to the brink of civil war.

This film is great for advanced French learners who are curious about Swiss French culture and history.

Though filmed in Lisbon, this movie is most notable for the manner in which it documents one lost soul’s “time out of time.” Following the floundering of a ship engineer, Paul, this film has limited spoken dialogue, but certainly communicates a great deal about the nature of the human soul and the mind of the Swiss director.

Since the dialogue is limited, it’s great for someone who wants to transition to watching films in spoken French without subtitles.

This film is another from Tanner. Though not his strongest, it provides an intriguing commentary on the dynamic between Switzerland and France at the time. The movie focuses on smuggling across the Swiss-French border and is full of beautiful landscape scenes.

There’s a lot of social/relational conflict in this film, so it’s better for confident French learners.

This 2004 comedy from Léa Fazer is about a man who inherits 2 million Swiss Francs upon the death of his grandmother. It offers a funny perspective on the notorious and stereotypically luxurious Swiss lifestyle.

Since it contains some sarcasm and is not available with subtitles on YouTube, this film is best for more advanced French learners.

“Ma vie de Courgette” (“My life as a Zucchini”)

This colorful and sweet moral-driven film offers some beginner-friendly French, along with a unique story and animation style.

It was nominated as Best Animated Film Feature for the 89th Academy Awards. Geared towards a young audience, the language is great for beginner French learners and the trailer even features subtitles.

“The Truth About the Harry Quebert Affair” 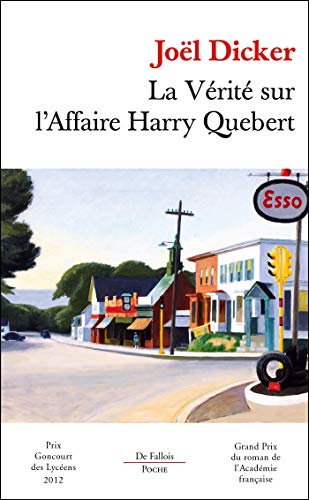 The 28-year-old Swiss author Joel Dicker creates a sort of mise en abîme (“abyss,” or story-within-a-story) with this novel about a 28-year-old author who makes it big with his first novel.

Needless to say, Dicker became famous like his character… and you just have to read it. The novel is available in many languages besides French and has even been made into a TV drama. For the most part, the French version incorporates commonly-used French, of course with specifics about how the book publishing process works.

This fantastical and poetic novel is as eerie as the title itself, and also provides a strange and uncomfortably accurate picture of the world of tax havens. It follows Modeste, who has just arrived at a strange city called “Z,” which exists at an unclear place or point in time.

This book is available in both French and English, and the French can be a little too poetic and metaphorical for beginning French learners. 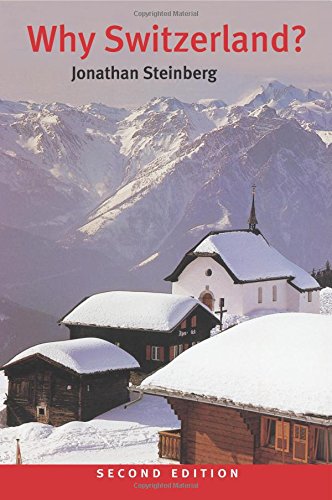 This nonfiction work is written in English, but is ideal for anyone interested in learning more about Switzerland’s history and politics. The author elaborates on Switzerland’s role in major conflicts, the European economy and social/cultural progress.

If you’re looking for more context about Switzerland and Swiss French, pick up this book.

Switzerland, specifically the Romandy region, should absolutely be on your list of Francophone countries in which to practice your French. Despite what some people think, Swiss French is really not that different from standard French. Having an understanding of Swiss French and Romand culture expands your spectrum of French learning in the best ways… J’suis nonante-neuf pourcent sûr! (I am 99 percent sure!)