The French pride themselves on their world-renowned poésie (poetry).

It can be mysterious and full of complicated terminology and romantic pictures.

French poets are known for being in tune to their emotions, expertly expressing themselves, and adopting other styles and artistic periods to use in their own poetry.

If you’ve read some great books lately, but are ready to dive into a different kind of literary experience, pick up some poetry and start reading.

Here’s how to get going—and how to use French poetry to make your French stronger than ever.

Poetry is accessible, and many classic French poets didn’t write only for the educated—they wrote for everyone. This means most poetry isn’t as hard to grasp as many think it is, and with a little research, you’ll find that poetry will open a door into French language and culture that you haven’t stepped into before.

How to Use Poetry as a Powerful French Learning Tool

In addition to enjoying some wonderfully written poems, you’ll also find that reading poetry gives you a great opportunity to improve your French ability.

Incorporate French Poetry into Your Routine

Since poems are often short, they become much more manageable as something you can start and finish in one day. Use this to your advantage and read a short poem each day. Highlight words and phrases that you don’t know and look them up.

Ask questions and research the poem: Who was the author? What time period was this from? What was going on politically? What other poets and artists inspired this writer? Did this poem or author inspire any other poets or movements? You’ll be amazed at what you find.

Sometimes sitting down and reading a poem can be difficult. French Today is a wonderful program that allows you to listen to classical poems read aloud. The narrator reads them slowly, then speeds them up to normal speed so that you have a chance to catch all the words and their meanings. The webpage accompanying each poem contains the written transcript and the English translation. This way, you can still read a poem every day.

Poets like to play with language, and with that habit comes a lot of unfamiliar twists and turns of phrases in addition to unique words. Take some time to make sure you understand each poem you read by looking up unfamiliar words and phrases and examining the origins of each one. More modern-day poetry offers an opportunity to learn how the French use words and phrases today.

Sometimes, older poems might have words that you won’t recognize as modern. Though most older poems you read may have been modernized, if you explore any in their original form, you may need to see a translation for the ancien français (Old French). This Freelang translator is a great tool for deciphering strange words from older, classic poems.

Exploring Poetry Exposes You to French Culture in a New Way

There is a variety of ways to open yourself up to French culture. For one, there’s FluentU, which exposes you to everything between history and pop culture.

To explore French culture through the lens of a native speaker, check out the free FluentU trial.

French poetry offers a fresh, unique view of the culture. Here’s just a small peek at how, using the poets and works we’ll meet in the next section:

Charles Baudelaire’s “Les Fleurs du mal” was born while he was working as a journalist and a critic during the 1868 Revolution. He saw the evil around him and began to write about it.

“Les Fables de la Fontaine” are stories told to children to teach them a lesson about how the world looks, and almost always contain social commentary that examines the state of the world and criticizes it.

Poetry reveals what’s important to French culture, and will show you what matters during different time periods—and how that evolves.

Which French Poets Should You Read? 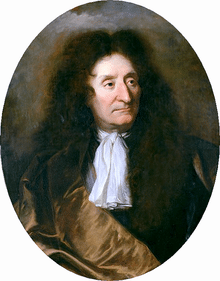 “Les Fables de la Fontaine” by Jean de la Fontaine are some of the best-known stories in all of France. Most often used as stories for children, these fables tell tales of animals meeting, making mistakes and learning from those mistakes.

Though children’s tales, they’re written beautifully, and are a great option for beginners. You can download all the fables as a free e-book on Project Gutenberg, and find them on many sites, including the Chateau-Thierry website and Les Fables de la Fontaine.

A Sample from: Le Corbeau et Le Renard (The Crow and the Fox):

(At the top of a tree perched Master Crow;
In his beak he was holding a cheese.
Drawn by the smell, Master Fox spoke, below.
The words, more or less, were these:
“Hey, now, Sir Crow! Good day, good day!
How very handsome you do look, how grandly distingué!)

You’ll see in this sample that la Fontaine switches between rhyming schemes, and that the language is a bit easier to understand. The first couple lines, which I’ve provided here, introduce the reader to the main characters. Then la Fontaine goes into a short story, ending with a lesson: “Mon bon Monsieur,/Apprenez que tout flatteur/Vit aux dépens de celui qui l’écoute.” (My Good Sir,/Learn that each flatterer/Lives at the cost of those who heed.) La Fontaine manages to both construct a beautiful rhyming poem while teaching a thing or two as well. 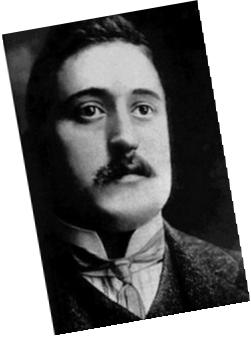 Guillaume Apollinaire was a bold poet, known for his influence on Surrealism (most well-known in Salvador Dali’s art). He was a 19th century writer who was an innovator in poetic expression and invented the calligram, a poem whose words are organized to create a picture for the reader.

He is heralded today as one of the French poets who introduced French poetry t0o previously unexplored opportunities. Many of his works can be downloaded for as a Kindle file on Amazon, and can also be found on websites such as The Poetry Foundation.

A Sample from: Le Pont Mirabeau (The Mirabeau Bridge):

(Below Mirabeau Bridge flows River Seine
Just like our loves.
Must one recall it to my mind that when
Pain went away then joy would always come.
And when the night arrives and sounds its bell,
The days are gone, but here I surely dwell.)

Like many French poets, Apollinaire is making an allusion to a broken love in this excerpt. He’s using the River Seine, the river that runs through Paris, as a metaphor for the way time flies away when in love (“Sous le pont Mirabeau coule la Seine/Et nos amours”). He uses the river as an anchor for the rest of the poem to compare the way his past love has made him feel with the traits of the river. 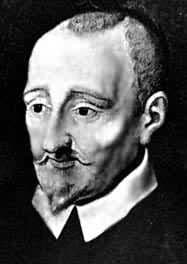 Pierre de Ronsard has always been one of my favorites—perhaps because he is such a romantic. Ronsard is a prolific 16th century poet who was head of the Pléiade, a group of poets who adopted Greek and Roman ideas and used them in their own work. Many of his poems are inspired by past lovers or the turmoils and happinesses of love. You can download his works for Kindle on Amazon and find them on websites like Poem Hunter.

A Sample from: Sonnet pour Hélène (Sonnet for Hélène):

(When you are old, at night by candlelight
Sitting by the warm crackling fire spinning,
You will recite my verses marvelling,
Ronsard sang of me as a beauty bright.)

Ronsard loves to play with the way the language sounds, and here he does just that. You can see starting in the second line that he begins to repeat sounds (dévidant et filant, chantant, émerveillant) while repeating different sounds in the first and last lines (vieille, chandelle, belle). This is something that’s uniquely identifiable in French poetry—poets adore playing with the sounds of their language. 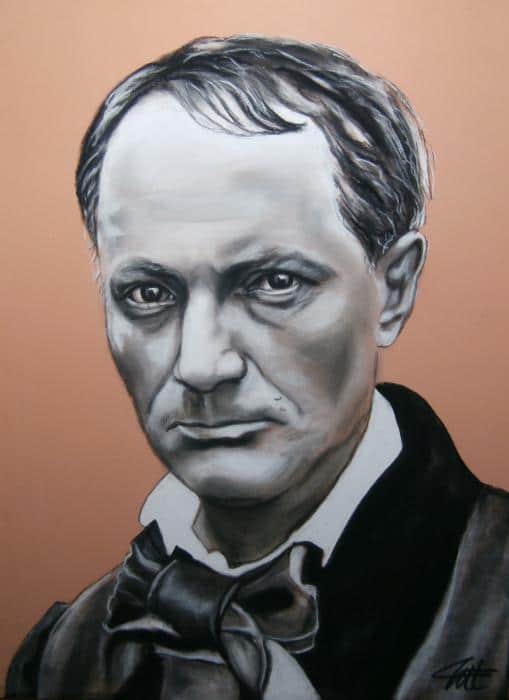 Charles Baudelaire is the well-known author of “Les Fleurs du mal” (“The Flowers of Evil”), the only volume of poetry published before his death. The collection is a reflection of the evil in the world, and contains some of the most melodious verses and deeply emotional feelings.

Baudelaire is perhaps one of the most famous French poets out there. His poetry is best read when at an advanced level. “Les Fleurs du mal” can be downloaded at Project Gutenberg, or found at the work’s website, Charles Baudelaire’s Fleurs du Mal.

(Soon we will sink in the frigid darkness
Good-bye, brightness of our too short summers!
I already hear the fall in distress
Of the wood falling in the paved courtyard.)

It’s already clear from this sample that Baudelaire is using a much more sophisticated vocabulary (rhyming ténèbres and funèbres), but he certainly paints a grim, vivid picture. Since “Les Fleurs du mal” is about Baudelaire’s reactions to the evil in the world, you’ll often recognize his poetry as rather dreary. But his way of painting a picture for the reader was adopted by many poets after him, and he is known for this skillful description.

One of the greatest joys of learning French is being able to experience French poetry. So dive in and experience a new world through the eyes of France’s greatest poets!